Classic french silk chocolate pie lightened-up so you don’t have to feel bad about going back for that second piece! This pie is a keeper recipe. 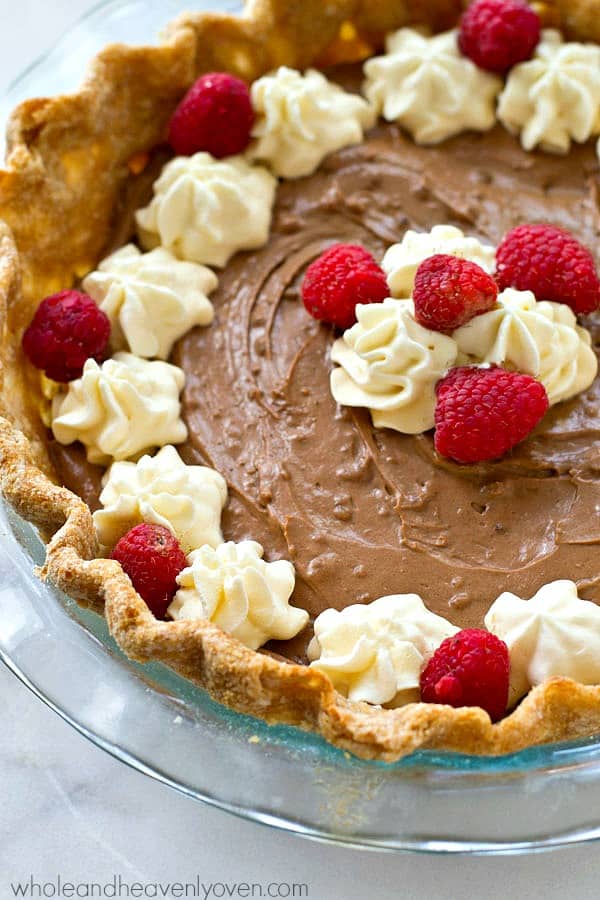 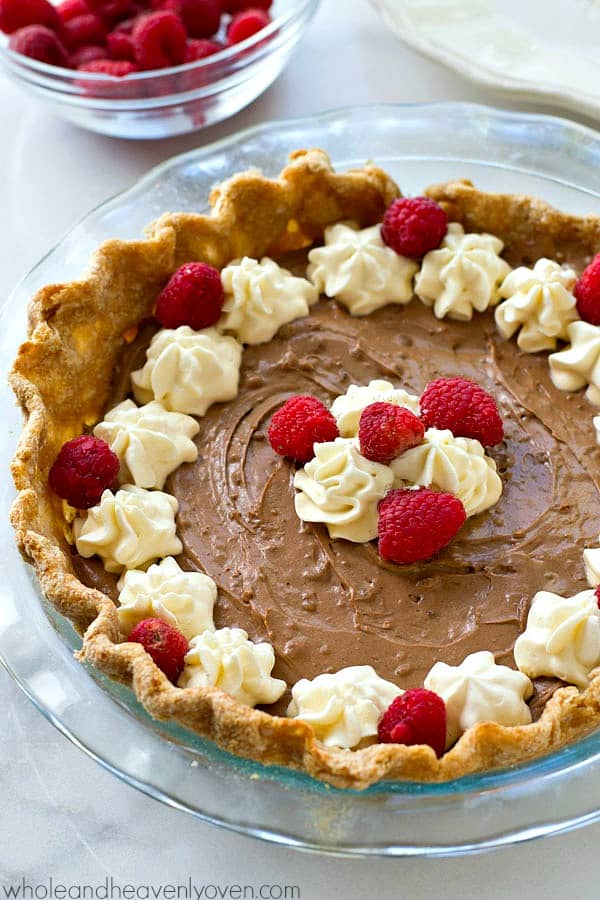 My weekend promises to be an enriching and fulfilling experience. You should probably follow my lead on this one, guys.

So we need to have a chat about this french silk chocolate pie. I could probably chatter from now until the end of time about my serious love, but I’ll try to keep things brief. It’s Friday and we’ve got chilling that demands our immediate attention. 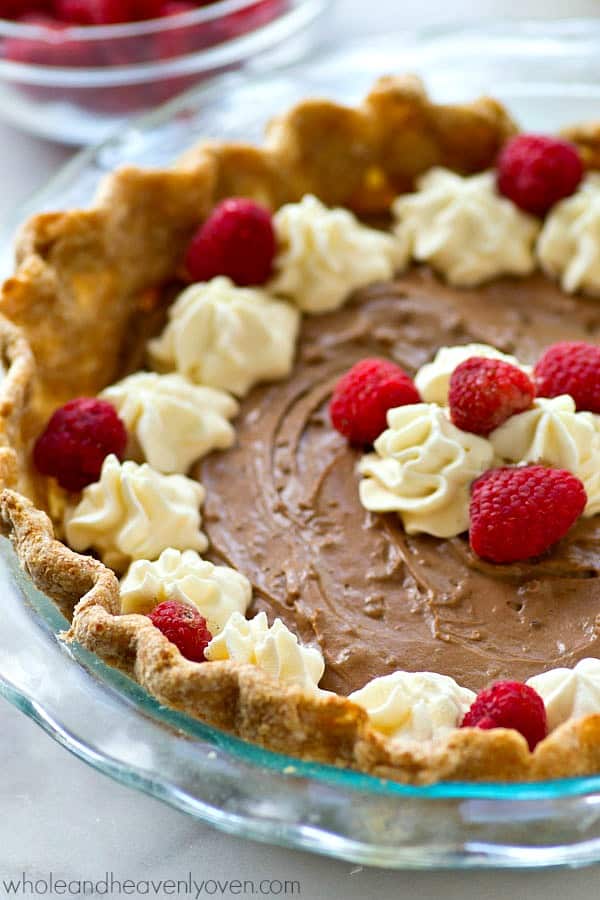 But first I need to tell you what kind of a chocolate ride you’re in for today. We’ll just call it a veeeeery steep chocolate ride that contains no point of return.

This pie, my friends, is quite simply just plain magic. It’s lighter on the calories and yet GINORMOUS on the noms. The calorie count? We’re rolling in at 261 calories per slice, which believe it or not is significantly low in calories if we’re talking about french silk pie. 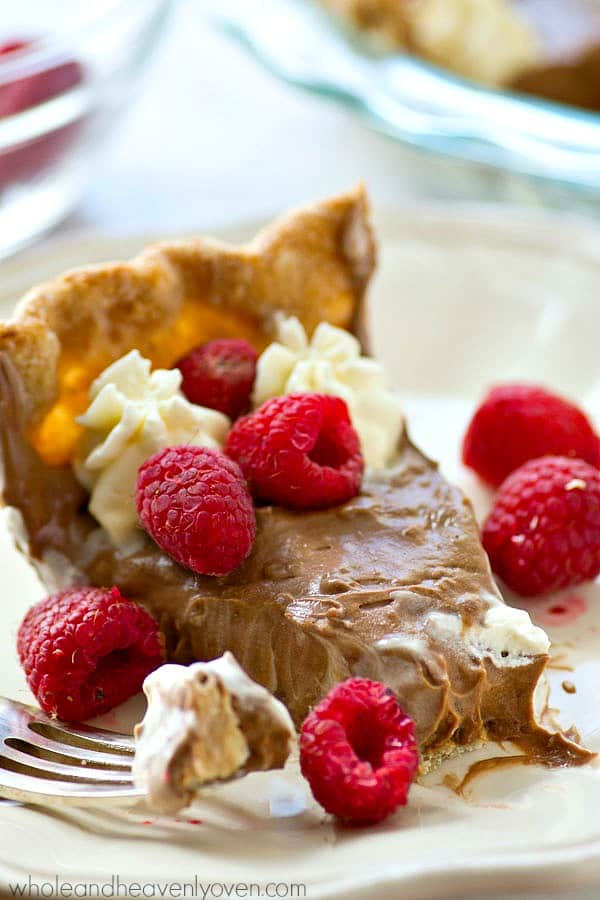 Because I’m weird and because I was really curious, I did a little research on FS chocolate pie from bakeries and THOSE ones add up to a grand total 759 calories per slice. No, I’m not even joking. Give me my lighter version aaaaaalll day and every day.

For REALS, guys. This pie is so so so smooth and silky, perfectly rich-tasting, and yet contains only 1/4 the calories of your average slice of french chocolate silk pie. I’m not gonna lie to you, I was in complete awe after bite #1. I lost track of my feelings after that point because many bites followed. 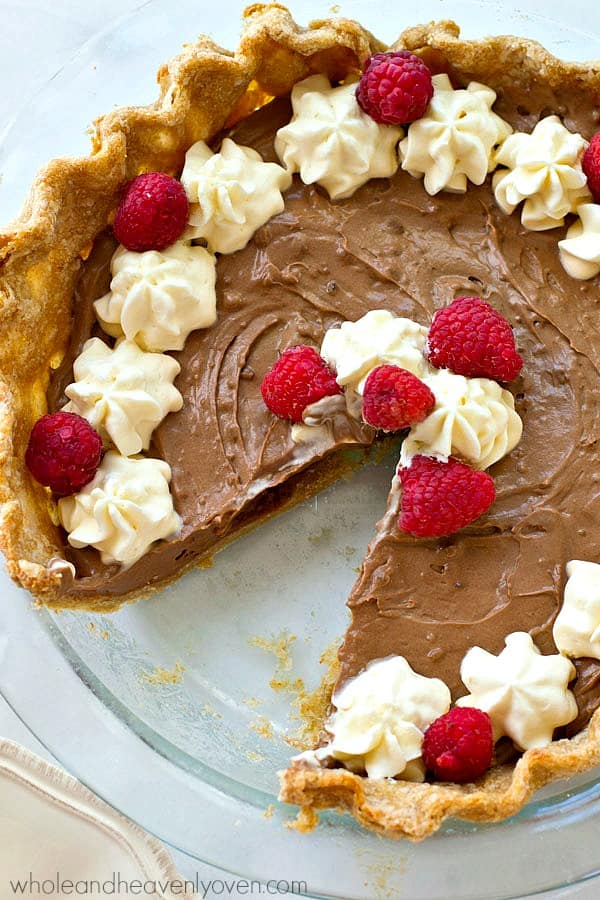 Let me emphasize the fact that the silk chocolate filling we’ve got here is just plain dreamy. You might eat half the filling with a spoon, but that’s okay too.

My family of chocolate enthusiasts, as you can probably imagine, went completely nuts over this pie. You know what vultures do in the desert? That was them crowded around the poor little defenseless chocolate pie. 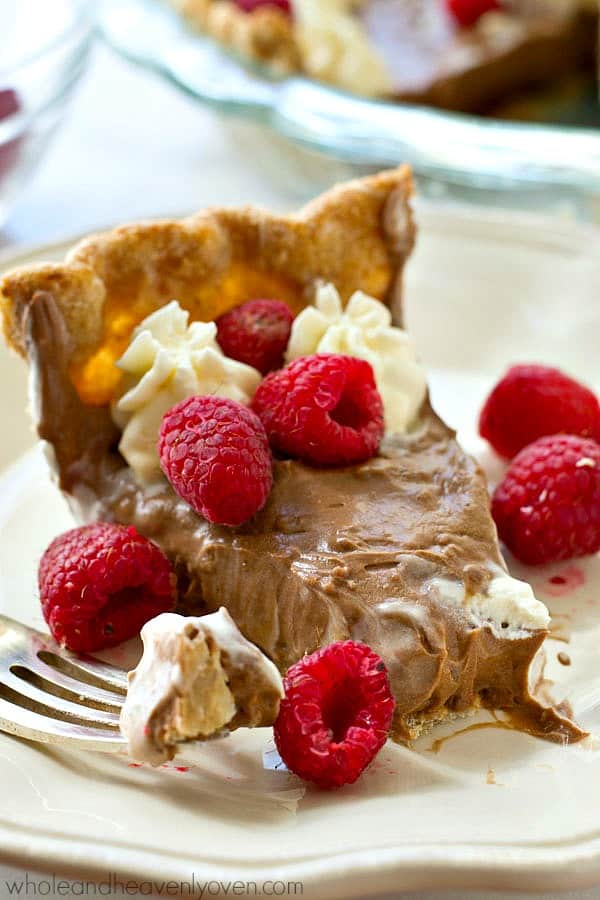 And I’m ashamed to admit that I might have possibly been among those involved in this pie mob. The only proof you have is the chocolate undoubtedly on my face. You saw nothing. Shhhhh… 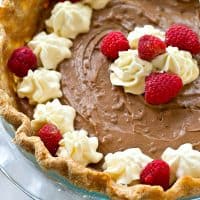 Shall we do more pie? Alwaaaaaays. ♥ 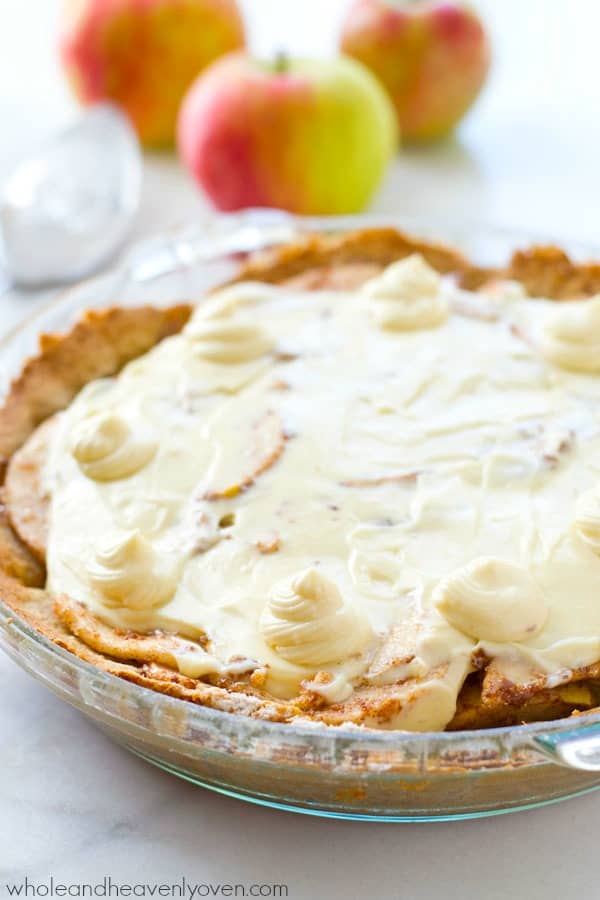 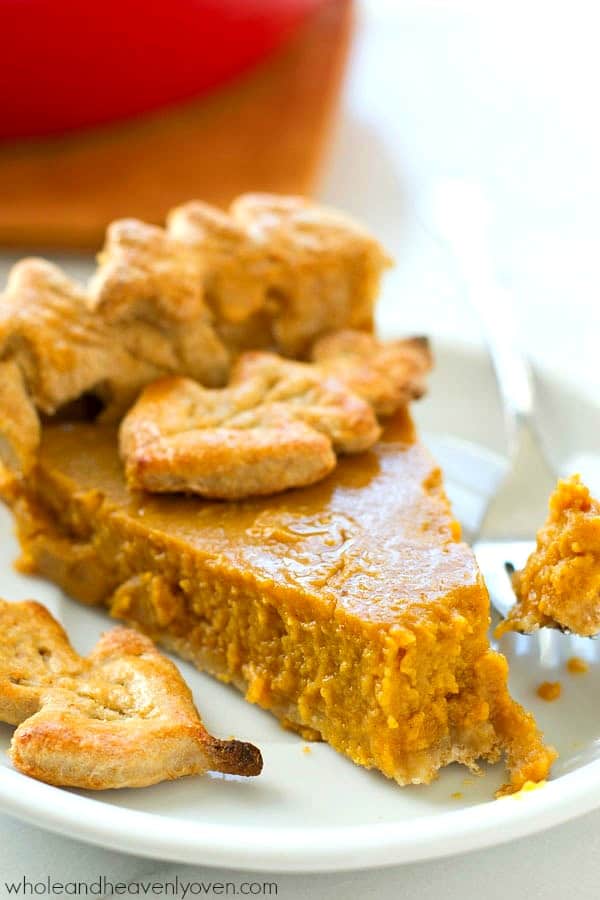