Forget about that fussy pie. This chai spice-glazed pear cranberry galette is so unbelievably easy to throw together and such a pretty holiday dessert! 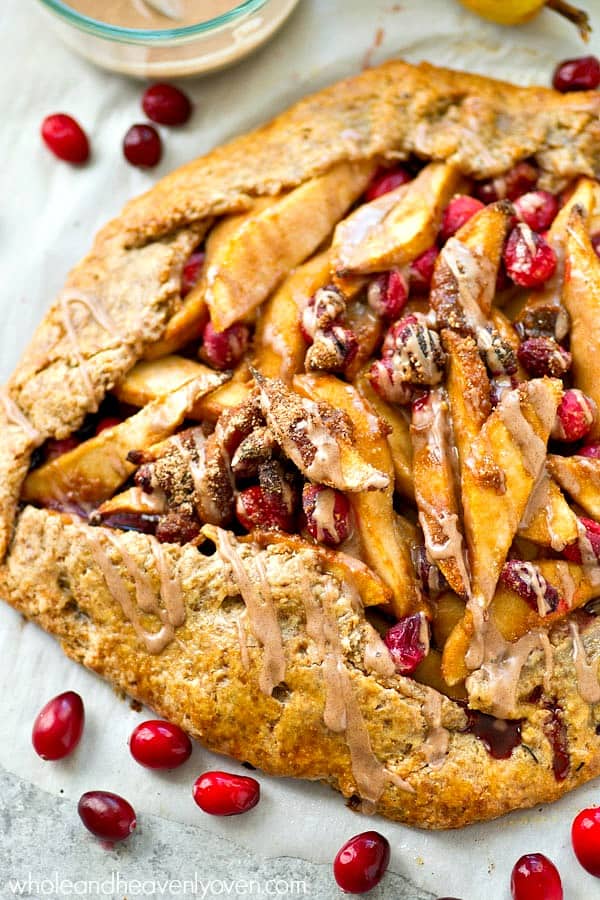 It’s a winter wonderland all up in here today, guys. Even though the ground still remains snow-less, the winter goodies hold NO limits.

Actually kinda freaked out that December is upon us already. Too much craziness and not enough cookies on hand right now for coping. 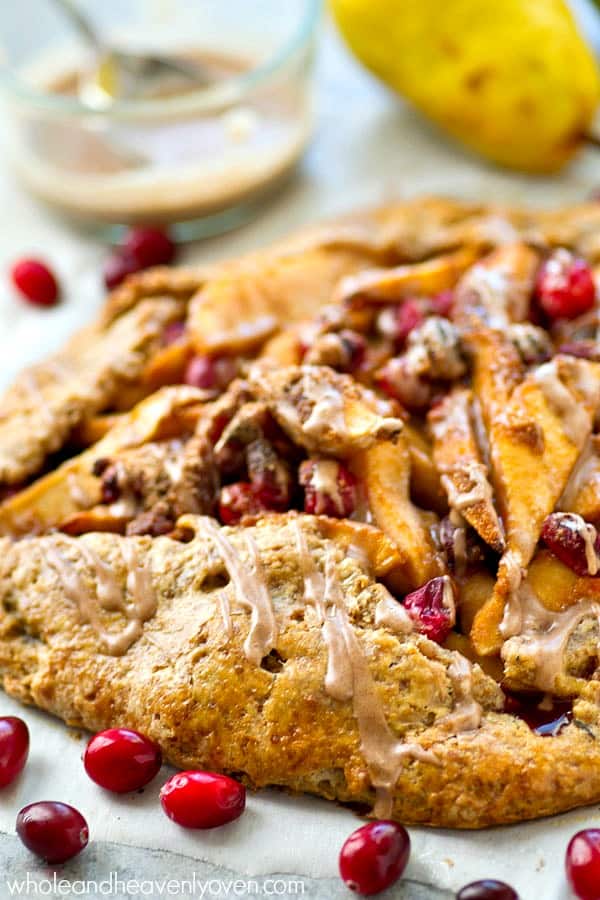 So dang, we should probably eat some pear cranberry galette, huh? Yes.

*Some = code word for all? Good plan. 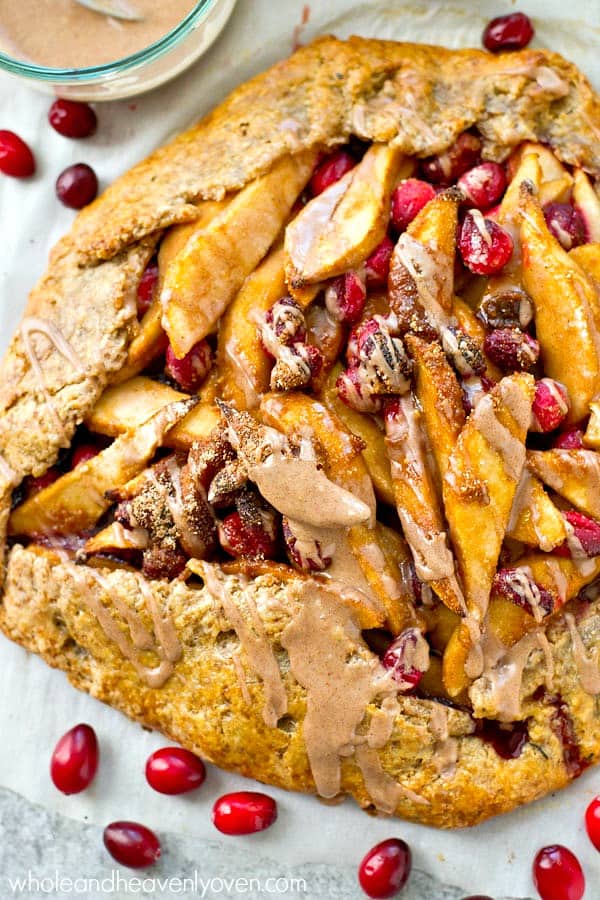 In actuality, guys, I might not ever be able to go back to regular pie again now that galettes have entered my life. It’s kinda like pie minus TONS of time and hassle + all the normal yum.

In other words…this is lazy-baker’s heaven. And we have no shame. 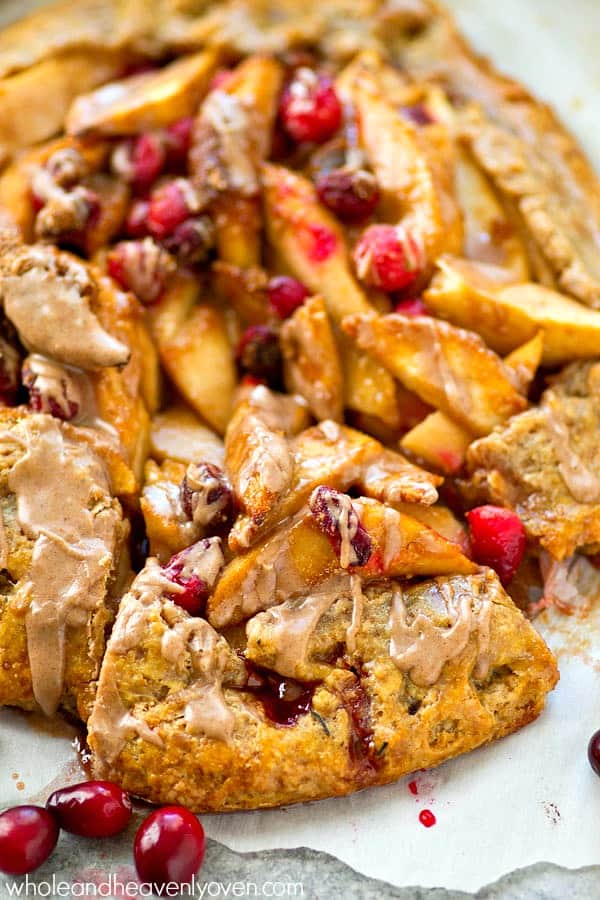 Here’s all this galette involves, guys. We’re gonna make our pie pastry (from scratch, obv because that’s me) our pear + fresh cranberry filling. Roll out our crust and pile the filling in the middle.

Fold up the outside of the crust over the edges of the filling. It doesn’t have to be perfect, guys, and that’s the beauty of a galette! There’s no need for perfectionism, because it’s gonna look amazing any way you do it. 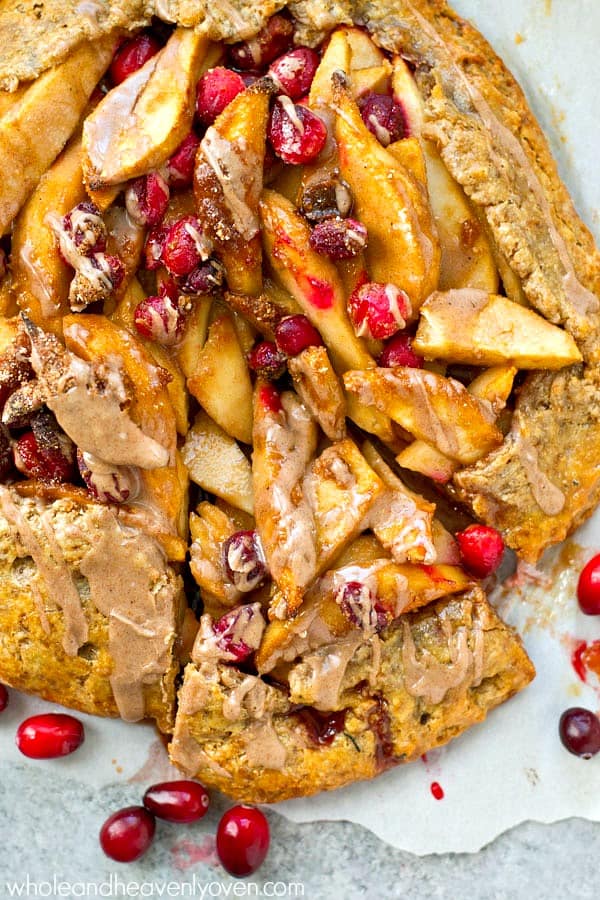 From there it’s a quick trip to the oven for only 35 minutes or so. And may I point out that’s like HALF the bake time involved in a regular pie.

Let it cool for a few minutes and then we need to go crazy with the chai glaze.

Which, by the way, is the kinda glaze I want to just drink with a straw forever, kthanks. 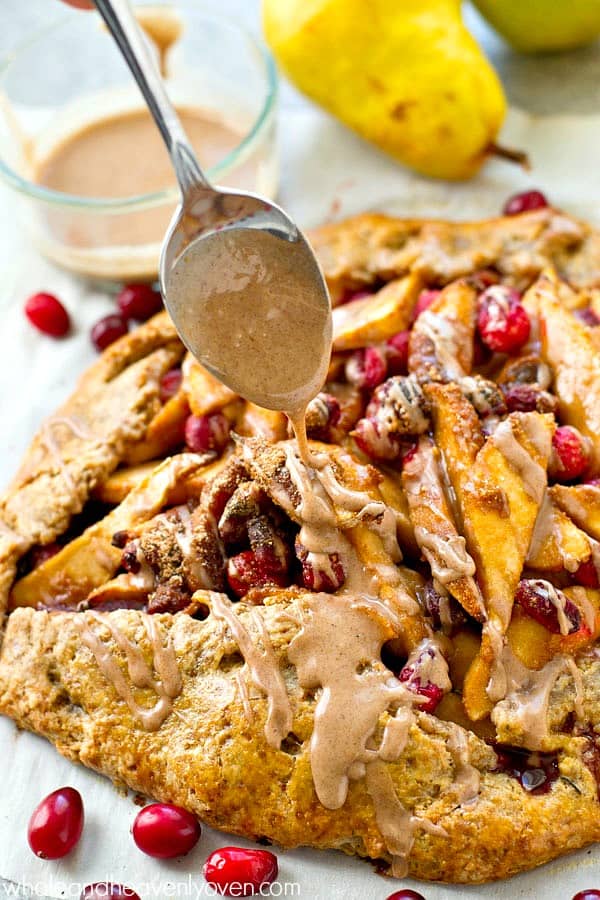 Isn’t she pretty? Almost too pretty to eat, but trust me: that’s not gonna be stopping ANYONE. 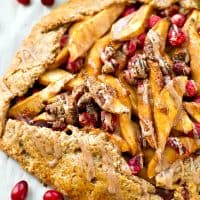 Save To Recipe Box Saved! Print Pin
4 from 1 vote

Pears and cranberries = yeeeeees. Try this personal-sized crisp next!