These white chocolate red velvet brownie bites are SO irresistibly fudgy and chocolate-y, you won’t be able to resist having more than one! Only 120 calories per brownie bite. 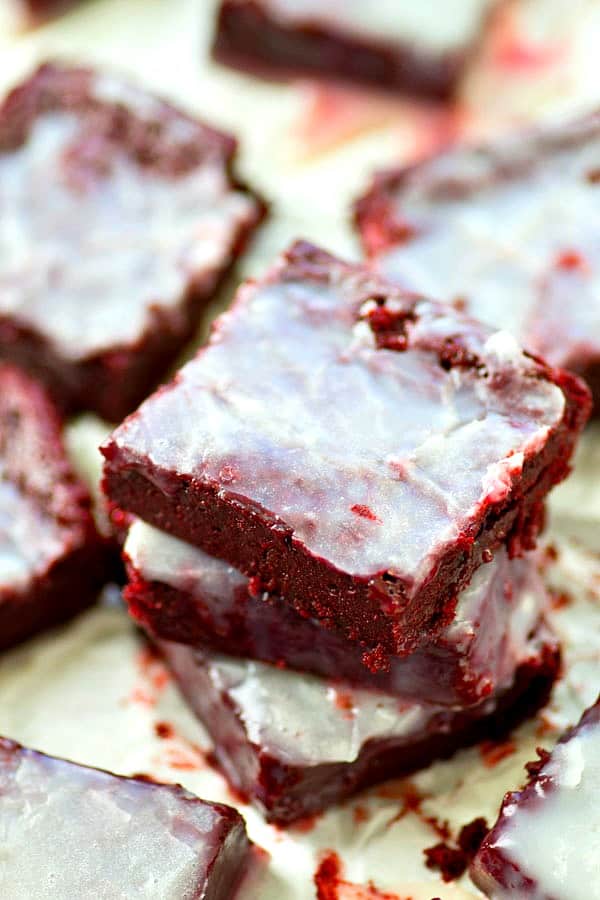 I’ve discovered the new way that I’ve decided from here on out ALL brownies in existence have to look like, you guys.

This includes a several-bullet-point list of items. >>> red velvet + hold the flour + chocolate x1000 + white chocolate. Literally the only things you need to have a good brownie time. 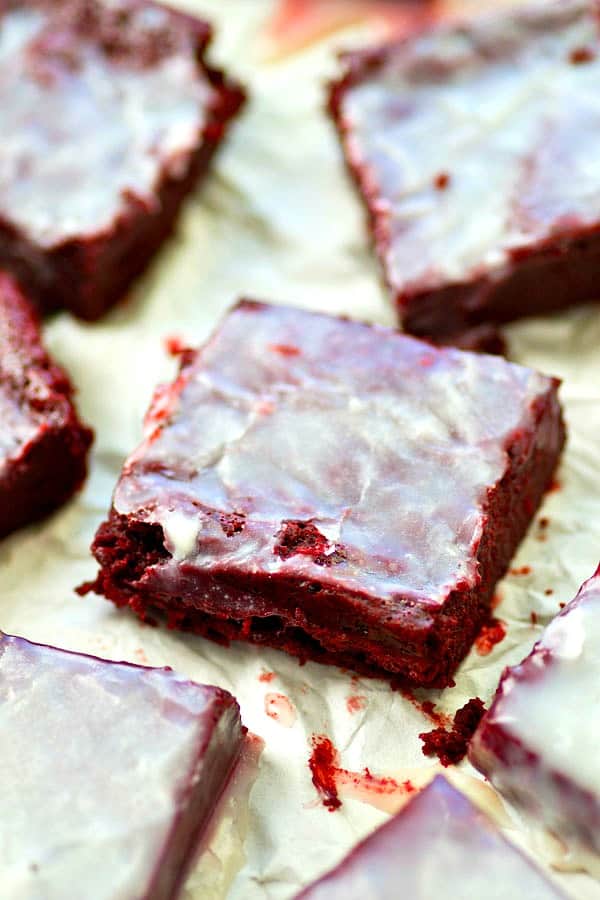 Also, bite-sized!!! Not only does it make them so adorable, but it enables you to adhere to the following dessert formula. >>> 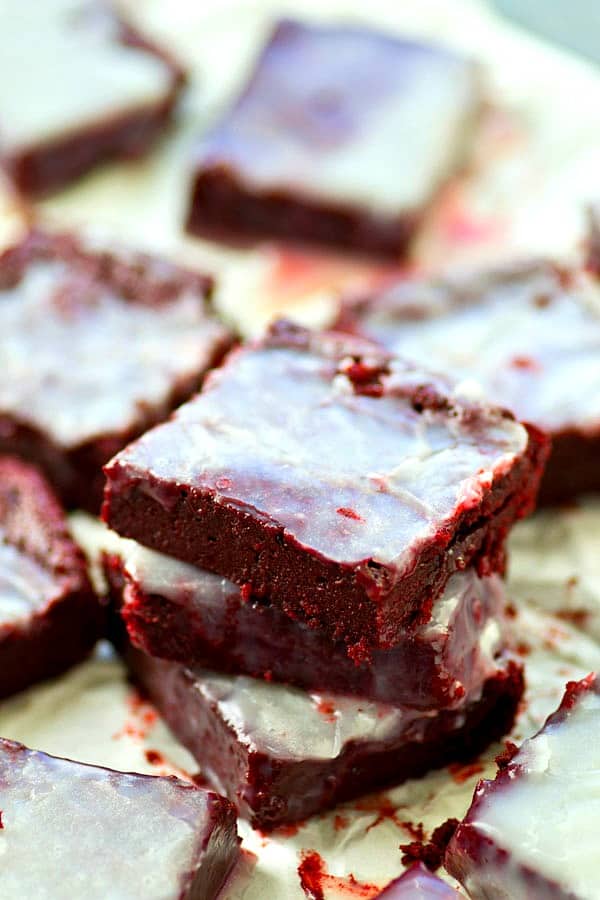 Here’s how it goes down, you guys. We’re gonna take the flourless batter from this recipe, which by the way is a KEEPER recipe and transform it into red velvet brownie bites.

Bake time is still basically the same as in the original recipe. 20-25 minutes in and out. And once the brownies have cooled, it’s obviously time to take things up a notch in the chocolate department.

I swear I could live on that layer of white chocolate.

But I certainly wouldn’t complain if you were to throw the whole panful of gorgeous little brownie bites into the deal. 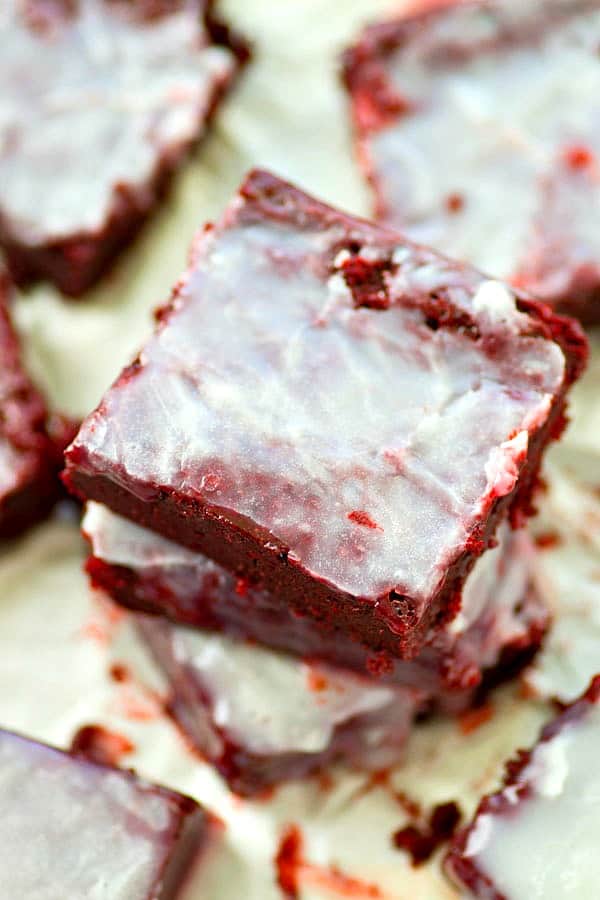 Also, aren’t they just so so festive? Perfect for giving to your sweetie or…”accidentally” forgetting to because you’re too busy having the brownie experience of your life. I think Jason would understand my side of it? If he never actually knew said brownie bites existed…what he doesn’t know won’t hurt him. ??

It definitely won’t be hurting me either, FYI. You know, cause I’m obviously on the side that has brownies. ✌️️✌️️ 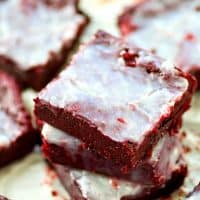 More flourless chocolate desserts! This pie has your name written all over it.