French onion soup lovers are going to go CRAZY for it in stuffing form! Caramelized onions, crusty French bread and tons of swiss cheese star in this flavor-packed Thanksgiving-style stuffing! 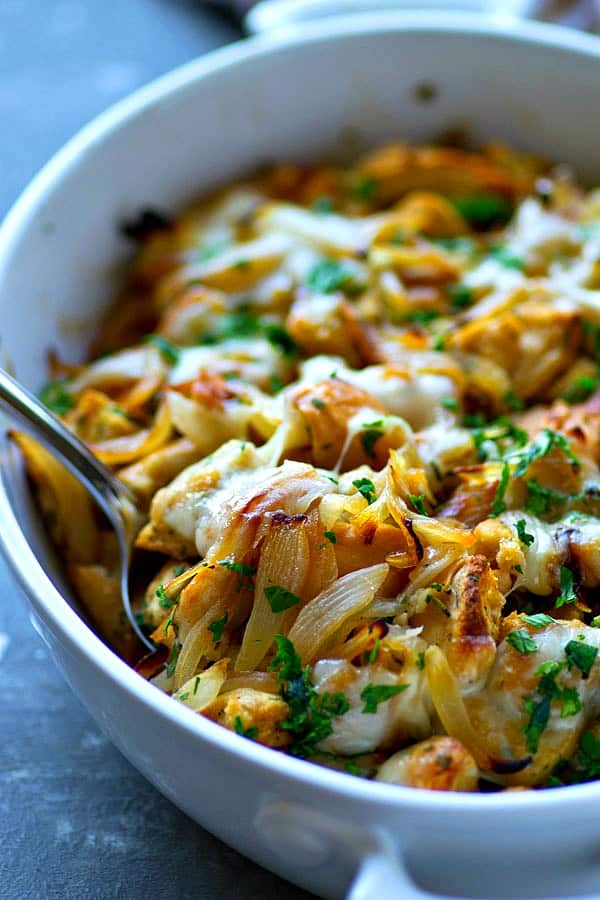 This stuffing is gonna be our new Thanksgiving jam this year, guys. ALL of us. I’m calling it.

Also in case you missed it let me generously point out the obvious: FRENCH ONION FREAKING SOUP STUFFING. 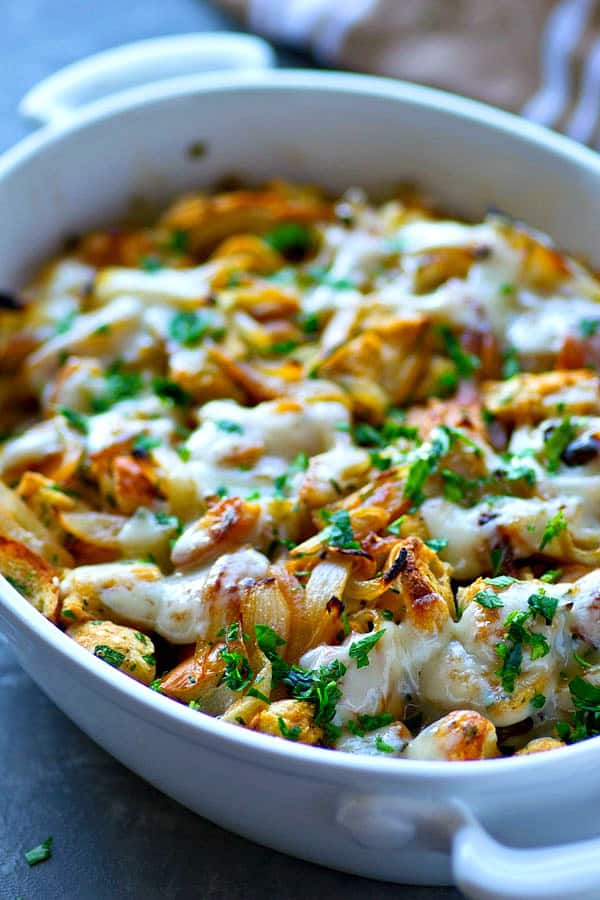 Ummm so yeah, pretty sure I will be completely purposely ignoring the turkey this year. And probably everything else on the dinner table that doesn’t have french onion soup stuffing in it’s official title. ??

So stuffing is a pretty classic thing in my family, so the thing is that my family would NOT approve of like any other stuffing recipe that strays from traditional.

Meanwhile me, I’m over here all like hey guys, we like reaaaaaaaally need to put caramelized onions in our stuffing this year and hey, let’s throw some swiss cheese on top while we’re at it! 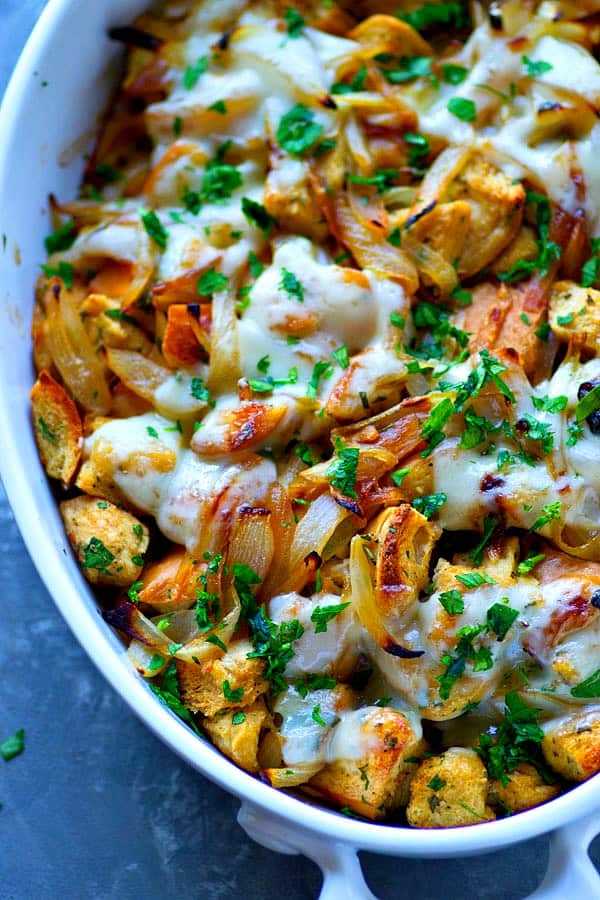 Pretty sure a stunt like that would get me kicked out of Thanksgiving dinner. Not gonna lie. ??

For those of you who don’t have a traditionalist family…pull up a seat and help yoself to some french onion soup stuffing because…well, this stuff is freaking.amazing okay? 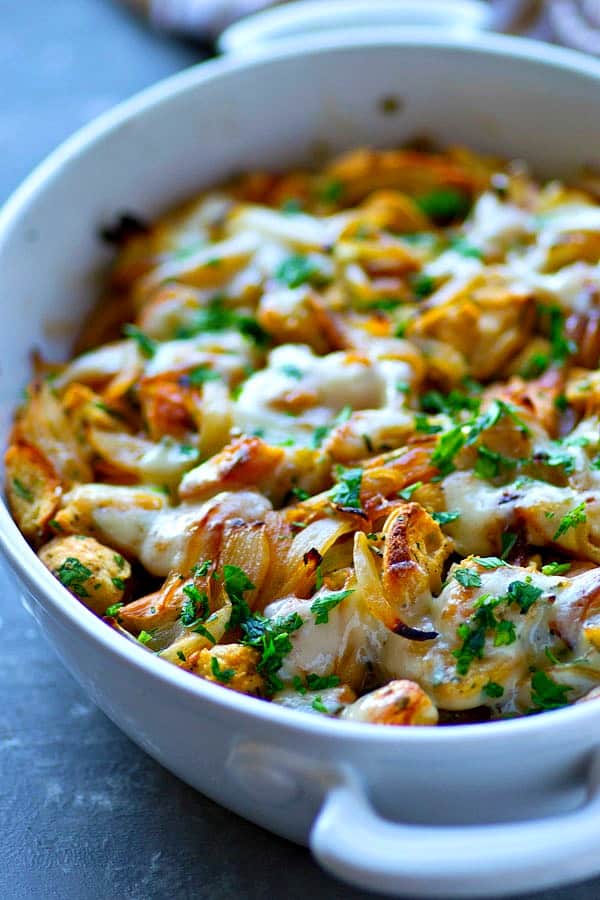 This stuffing basically follows ALL the steps involved in classic french onion soup minus well, the actual soup! >>> Caramelize up a huge mess of onions. Throw some wine and beef broth into the party. Mix the whole thing up with some dried French bread cubes, herbs, a few eggs, etc. Throw the whole party in a pan and cover it in swiss cheese and DONE!

Ugh. Goodness like this is what gets me into huge trouble at Thanksgiving. Ya know what I mean?

Trust me, you WANT this kind of trouble. If you make one thing this Thanksgiving please let it be that killer stuffing pretending to be a soup up there. ^^^??? 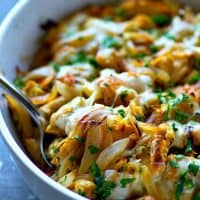