Juicy roasted heirloom tomatoes and creamy fresh mozzarella make the most amazing flavor duo in this summery mozzarella gnocchi skillet that you’ll have on the table in MINUTES! 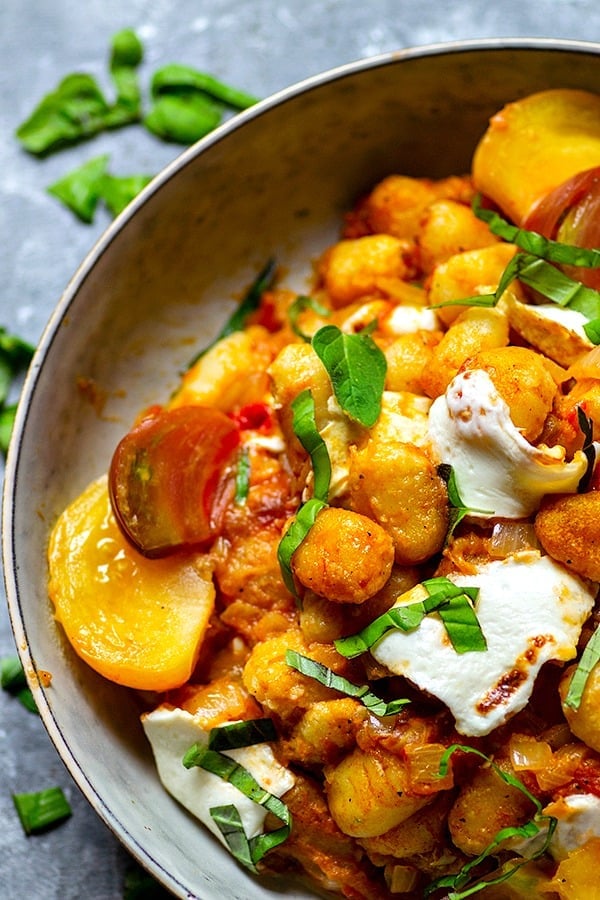 Welcome to tomato land, guys. This post is brought to you by my never-failing need to buy bags upon bags of heirloom tomatoes literally every time my eye catches the heirloom tomato stand at the farmers market.

Gnocchi and cheese are also high up there on the exhaustive list of wonderful things in life, sooooo….. 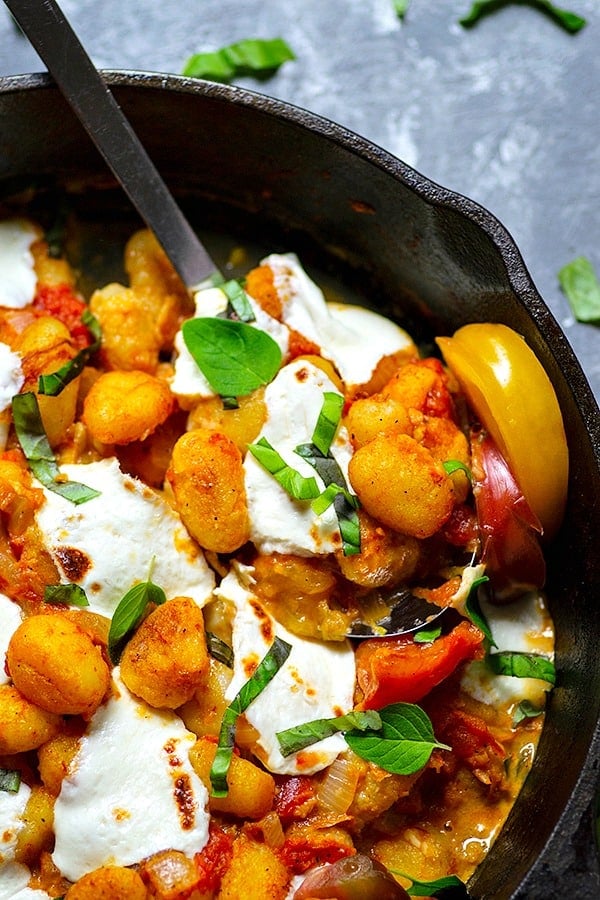 What else would I do besides a) make a killer roasted heirloom tomato sauce b) fry up some perfectly crispy on da outside, pillowy on the inside gnocchi c) lovingly tuck fresh mozzarella cheese in every spare corner and cover the whole thing with all kinds of fresh herby goodness.

Spoiler: WE DID ALL THAT. And it’s known as this roasted heirloom tomato mozzarella gnocchi skillet. It’s dinner for the rest of the summer, fyi. 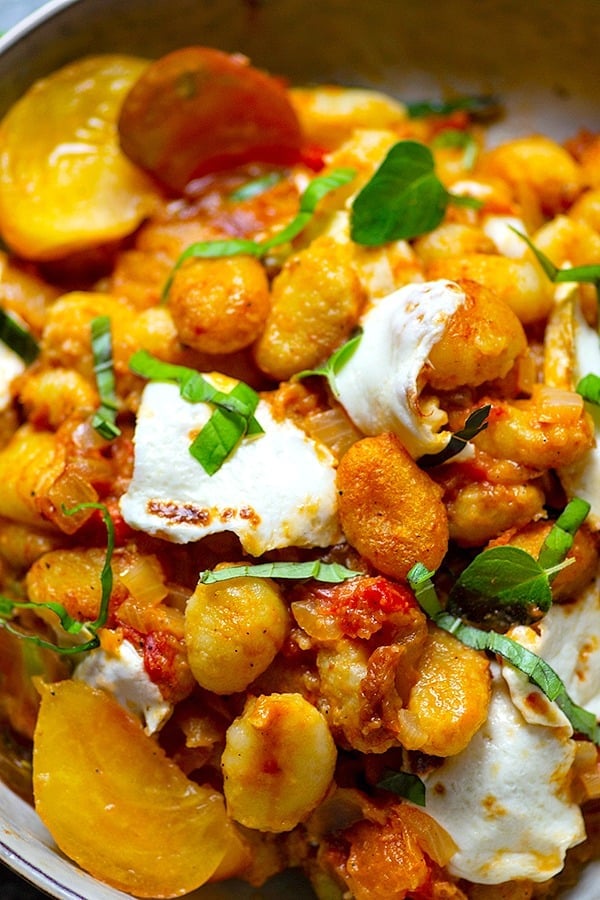 First on the agenda is prepping our roasted tomato sauce. It might sound time-consuming at first but TRUST ME. The longest part is just waiting the 20-ish minutes for the heirloom tomatoes to roast until they’re super soft. >>

From there we’re just gonna remove the skin, and smash ’em up on the stove into a luscious, deeply flavorful, sweet, herby tomato sauce. Resist the urge to eat it with a spoon because it’s goooooold.

And speaking of gold……we should probably be frying up some crispy golden gnocchi and tossing it into all dat goodness right about now, yes? Tuck a few slices of fresh mozzarella in between the gnocchi and toss it under the broiler for a few minutes to witness heaven in the making. 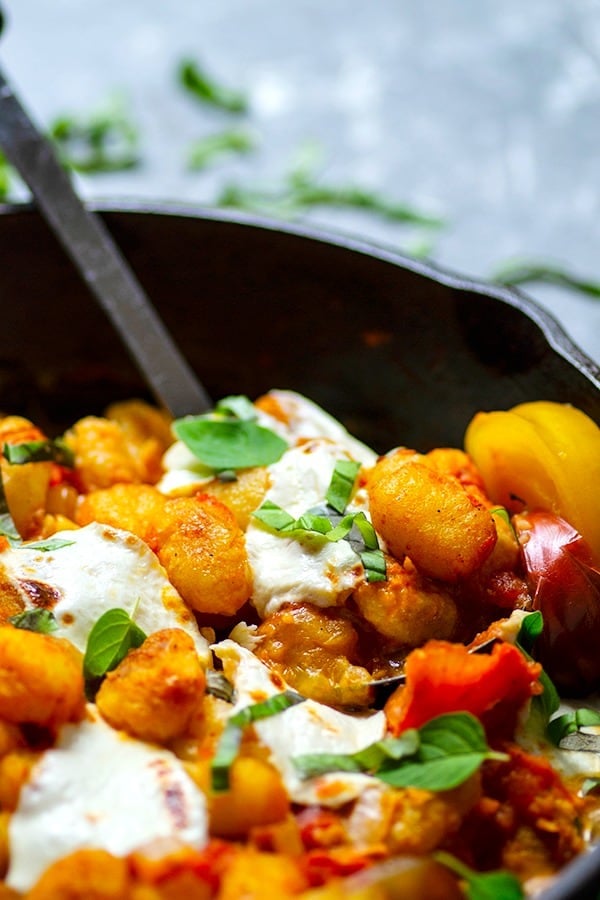 Guys….the sweet heirloom tomatoes. The CREAMY fresh mozzarella. All the fresh herbs piled on top. The crispy golden gnocchi. It’s a skillet of all your summer dreams piled into one.

You too are about to become a regular at the heirloom tomato stand, as this quickly becomes your summer skillet go-to. Chances are you will find me standing next to you. ?? 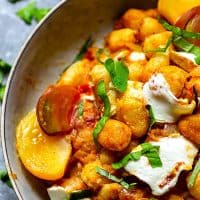 Juicy roasted heirloom tomatoes and creamy fresh mozzarella make the most amazing flavor duo in this summery mozzarella gnocchi skillet that you'll have on the table in MINUTES!