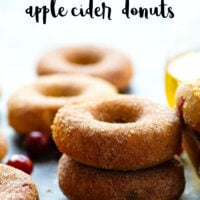 Baked instead of fried and packed full of juicy cranberries, these cranberry baked apple cider donuts are a breeze to bake up at home this fall! 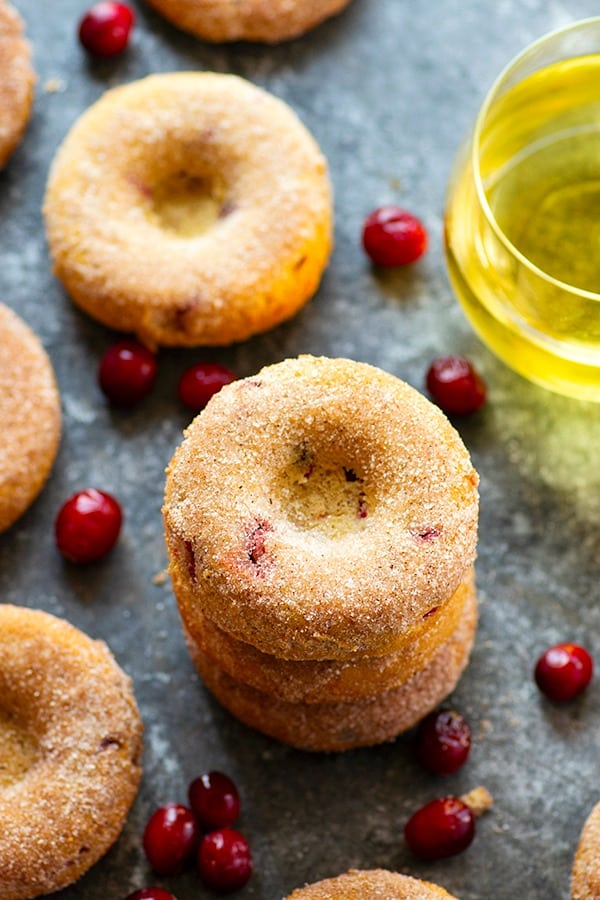 Apple cider donut season for the WIN! Let’s get ready to eat our weight in the baked version.

Why not throw a few handfuls of fresh cranberries in the batter too while we’re at it? Some cinnamon sugar too? Twist my arm why dontcha.

These baked apple cider donuts are nothing less than a fall dream. Ready to join my donut movement? 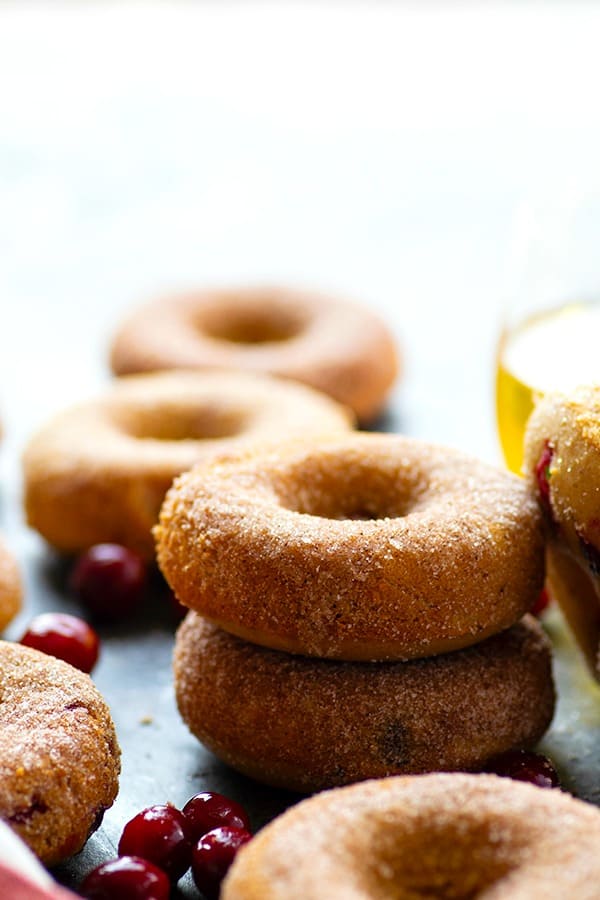 A tall stack of these donuts + a hot cup of apple cider and we’re living the fall dream.

These baked apple cider donuts include… 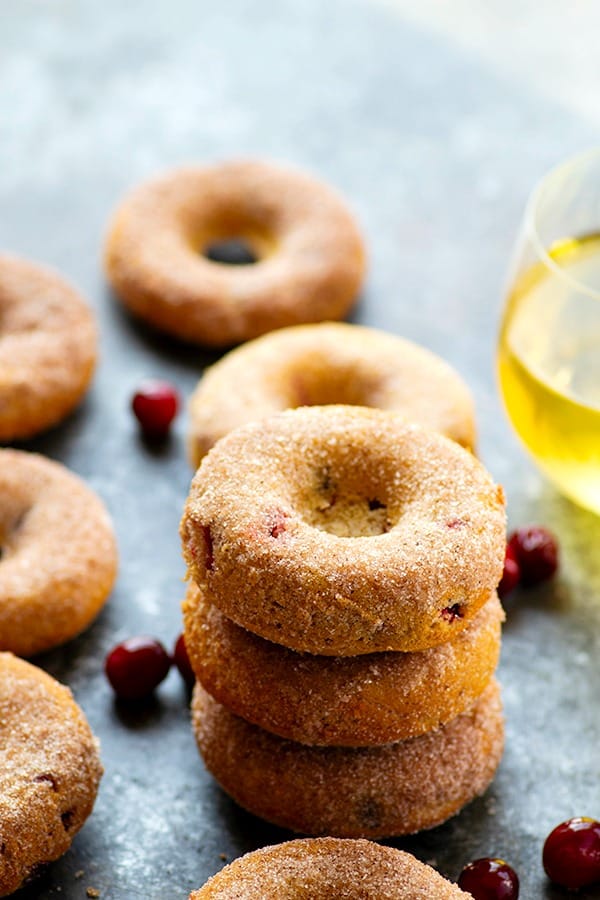 A quick little trick for getting the most flavor out of the apple cider is reducing it so we end up with a more concentrated apple cider flavor.

Pour out the apple cider into a saucepan and let it cook on the stove for about 10 minutes until reduced down to a half cup. Let it cool off a bit while you work on the batter.

Finish off the batter by folding in the reduced apple cider and finely chopped fresh cranberries.

Tip for filling the donut pan cavities: Spoon the batter into a ziplock bag and pipe it into prepared donut pans. Easy and mess-free!

The donuts are done when they spring back lightly when touched. Brush them with melted butter and dunk them in cinnamon sugar while they’re still hot. 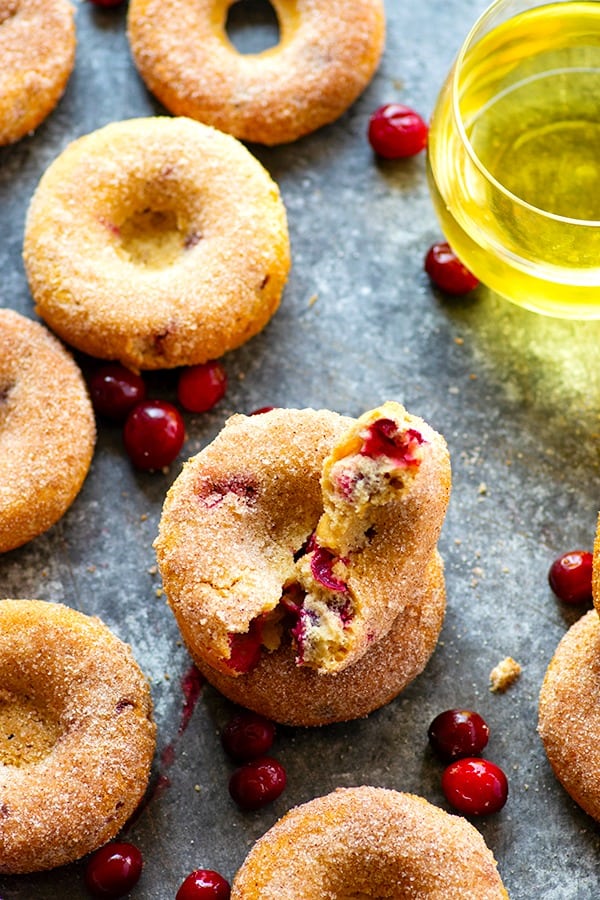 Literally soft as clouds and LOADED with sweet apple cider and tangy cranberries.

It would be a crime not to consume these warm from the oven with more apple cider. SO GOOD.

Meet your new fall addiction and make sure you stash some away from the fam for yourself!! 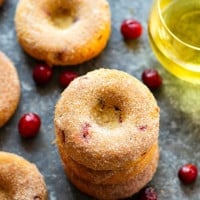 Donuts may be store in an air-tight container at room temperature up to 4 days.