This hearty irish soda bread is unbelievably soft and tender inside and chock-full of raisins and cinnamon. Enjoy slices warm from the oven, slathered with a tangy orange cream cheese. 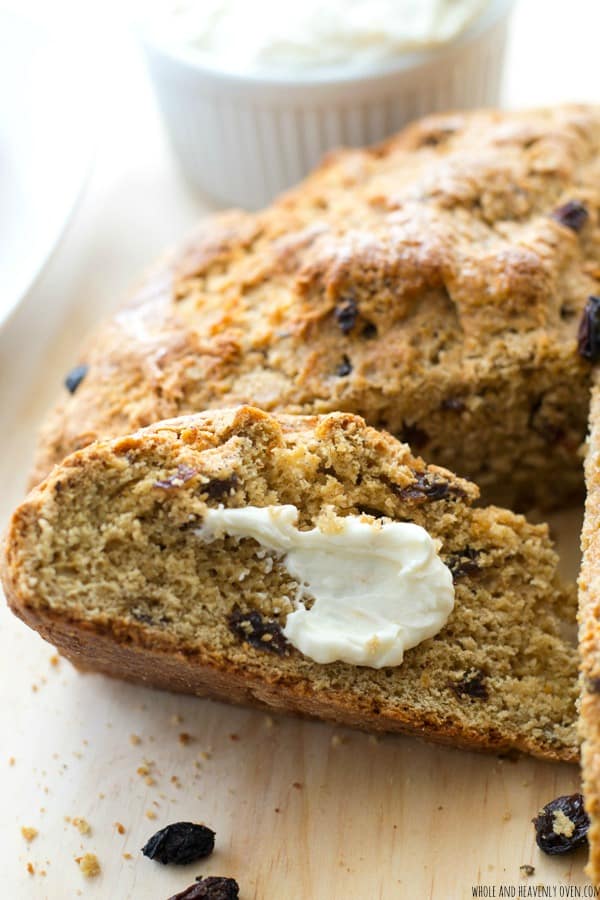 It is now March 2nd. Do you know what that means? In foodie terms, this means that it is now time for that yearly face-shoveling-of-all-the-irish-soda-bread.

I mean, it’s so traditional. And I really cannot control that insanity either, so there you go.

Not just any bread though. I know that there are about a million ways you can make Irish soda bread now’adays, but that classic, no-frills stuff? It never gets old.

Lite-rally. This bread will never get old because it will never last long enough to see another day.

Not with me around. Just no. Sorry. 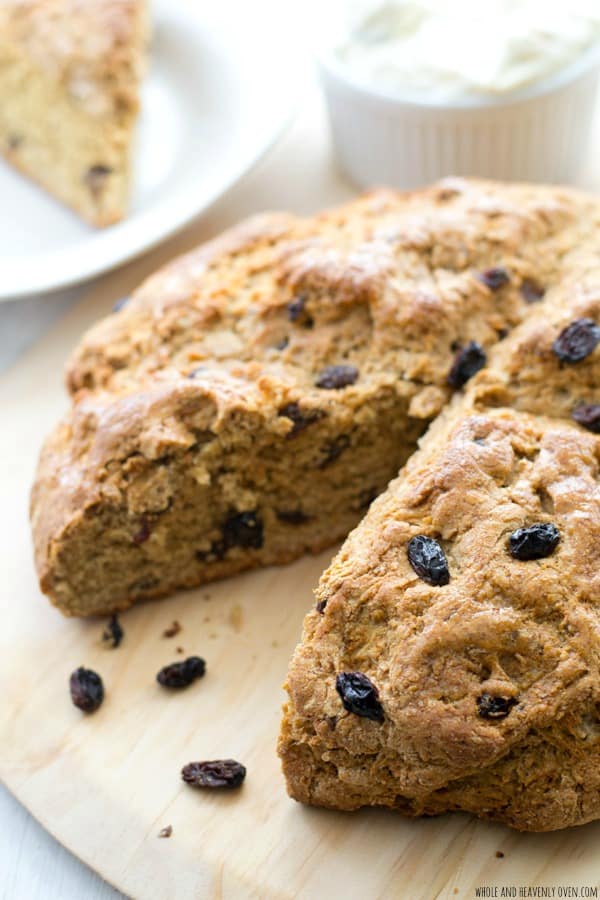 This bread right here is just the classic, golden stuff, you guys. I adapted the recipe straight from America’s Test Kitchen which has become pretty much just my cooking bible. I don’t even think you WANT to know the number of cookbooks and magazines from ATK and Cooks Illustrated I’ve somehow managed to collect in the past few years…

I’d hazard to guess I’m getting preeeeetty close to the #500 mark. YIKES. Where the heck am I gonna put all those books when I actually move into a place of my own? Right now they’re currently taking up space oh, kinda everywhere. 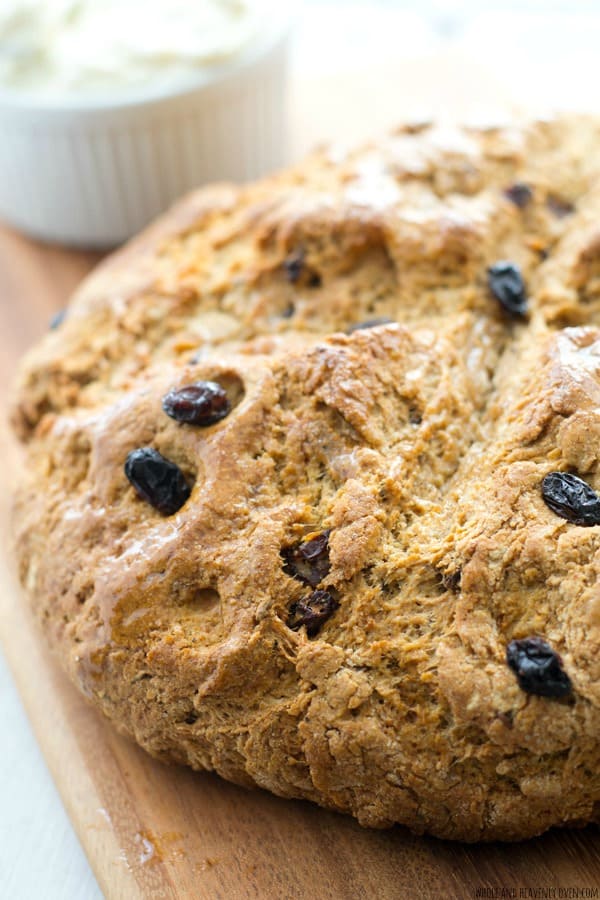 FYI: Mothers do not tend to like the habits of a cookbook hoarder. Mine doesn’t anyway.

My mom even says that I’m a clutter-bug. Uh, what does that even mean?!

The life of a cookbook hoarder, I tell ‘ya. It’s a rough one. Nobody understands. 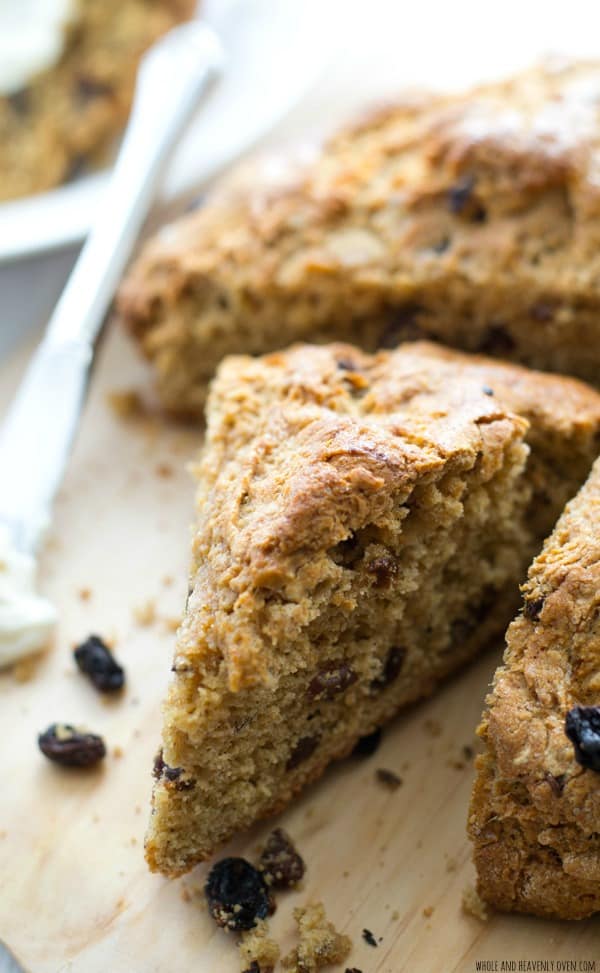 Now that I’m done exposing myself for the weirdo I truly am, let’s talk Irish.

Not actual Irish, because I don’t speak Irish at all. I just speak the love language of Irish soda bread and that’s pretty much it.

It is a love language though, guys and I’ve heard that very few can speak it. I happen to be fluent in both the speaking part and the eating part. 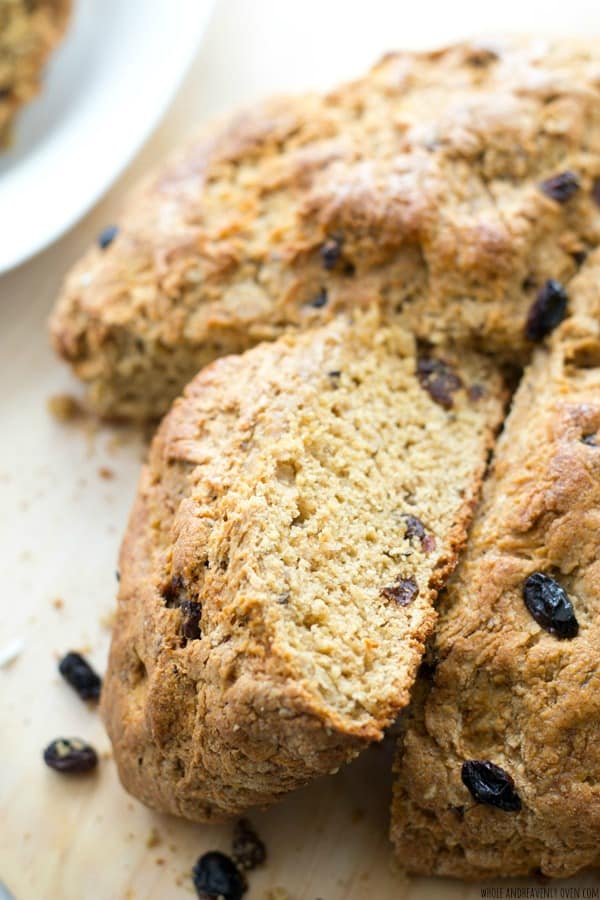 This bread really just is pure Irish perfection, guys. It’s everything a good Irish soda bread should be. Golden and crusty on the outside. Super-soft and flaky on the inside and loaded with plump raisins.

Which, FYI are my favorite part. You know it. 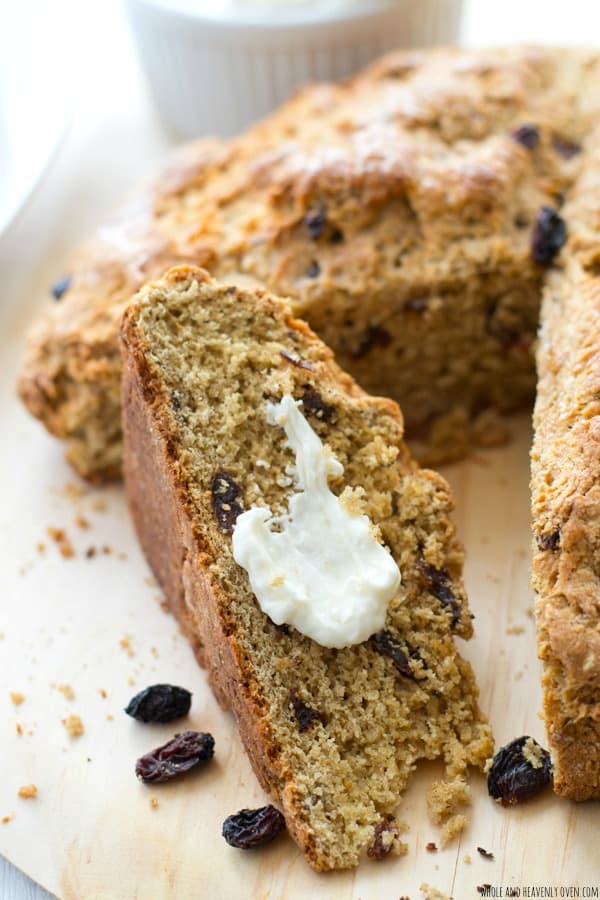 Okay, maybe my second favorite part. I mean, raisins just can’t compete with the pure delight of an orange cream cheese lovingly spread into every nook and cranny of a warm-from-the-oven slice of this bread.

They can sure as heck try though. I will be more than happy to test this theory by eating ALL of this bread with extra-slathers of the cream cheese.

But first I’ve gotta put my extra-large pot of coffee on. Because if you’re gonna go to the trouble of baking up homemade Irish soda bread, you MUST have freshly-brewed coffee very close by.

In my coffee-addicted opinion, you should ALWAYS have brewed coffee no further than 5 inches away, but you get it.

I actually don’t even know what that means, but it hey, it sounded cool. 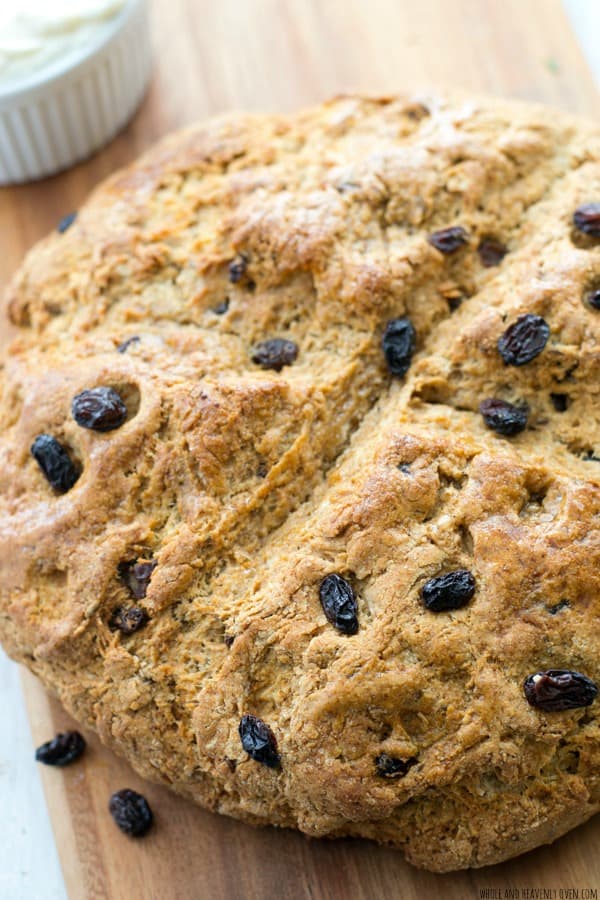 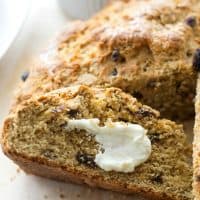 Store bread in an airtight container at room temperature up to 6 days. Cream cheese may be stored in refrigerator up to 1 week.
Tried this recipe?Leave a comment and rating below. Feel free to share a picture on Instagram and tag @wholeandheavenlyoven or hashtag it #wholeandheavenlyoven