Layered with banana slices, creamy peanut butter, gooey chocolate and marshmallow, no one will be able to resist these ultimate s’mores! — Includes directions for either oven or campfire method. 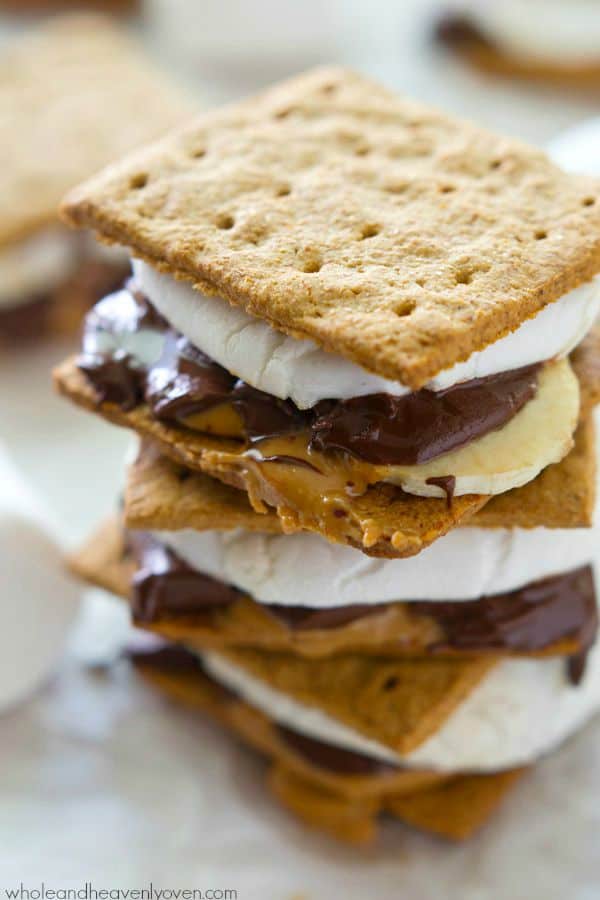 Now this is what I call Friday DONE RIGHT.

Also, don’t hate me because I KNOW that I’m totally late to the s’more party, seeing as National S’more Day was last Sunday. 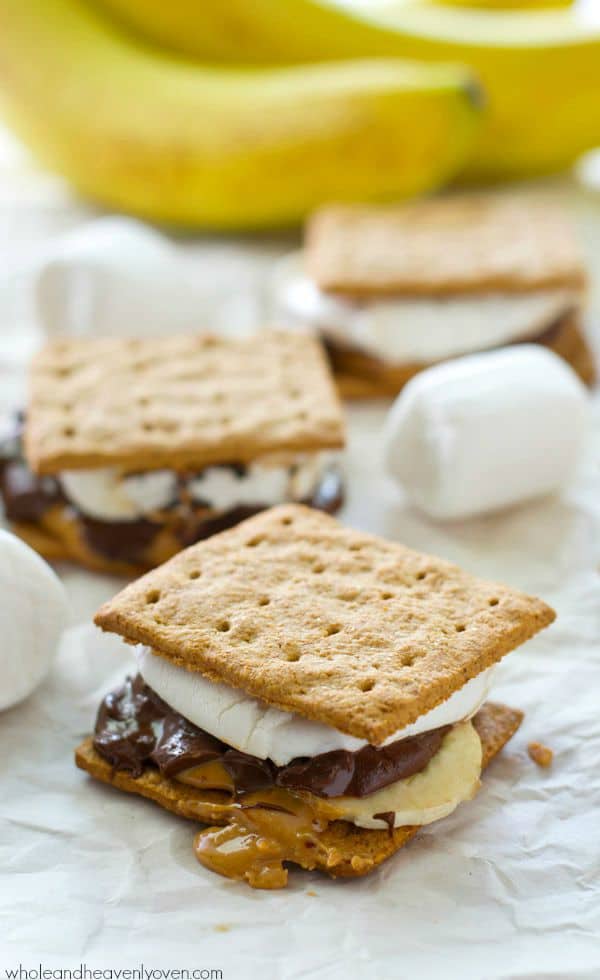 I don’t live under a rock, guys I promise! I just seriously lack in the planning department.

Forgive me? I come bearing the s’mores of your dreams.

I may be terrible with organization and all that super-boring stuff, but do you know what I recently discovered I do have a talent for? S’mores. Loaded with all of the above. 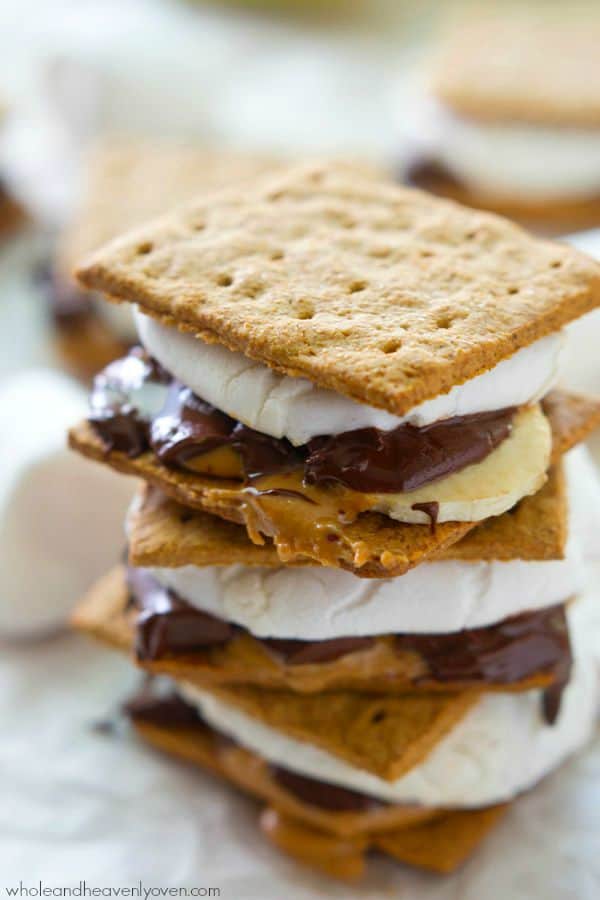 Don’t even try to tell me that s’mores aren’t a talent. They seriously should be because s’mores rock my world, they rock your world…they rock pretty much the ENTIRE world.

And anyone who says otherwise is officially a s’more-hater in my mind. What do they even DO with themselves at campfires?? Roast lettuce? 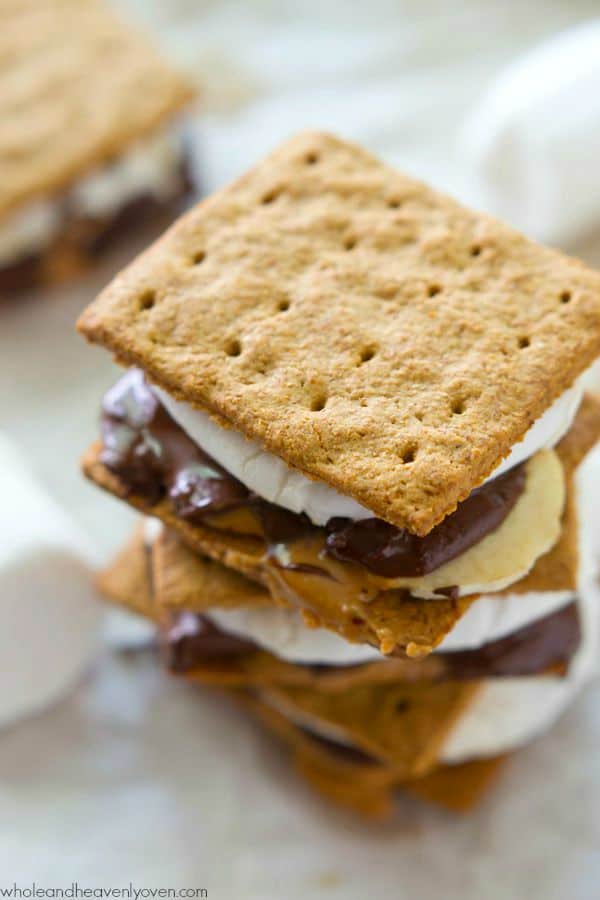 Any average person can make a s’more, but lemme tell ‘ya: It takes a SUPER-talented (and totally lucky) person to make s’mores at only 10am for photographing. And obviously for   shoving in your face immediately following said photoshoot.

You know you want my job, guys. It has PERKS!! S’mores for lunch is only one of maaaaany.

I suppose I should probably stop my incoherent rambling and actually around to telling you ALL the deets about today’s s’mores. You know, before summer’s over. 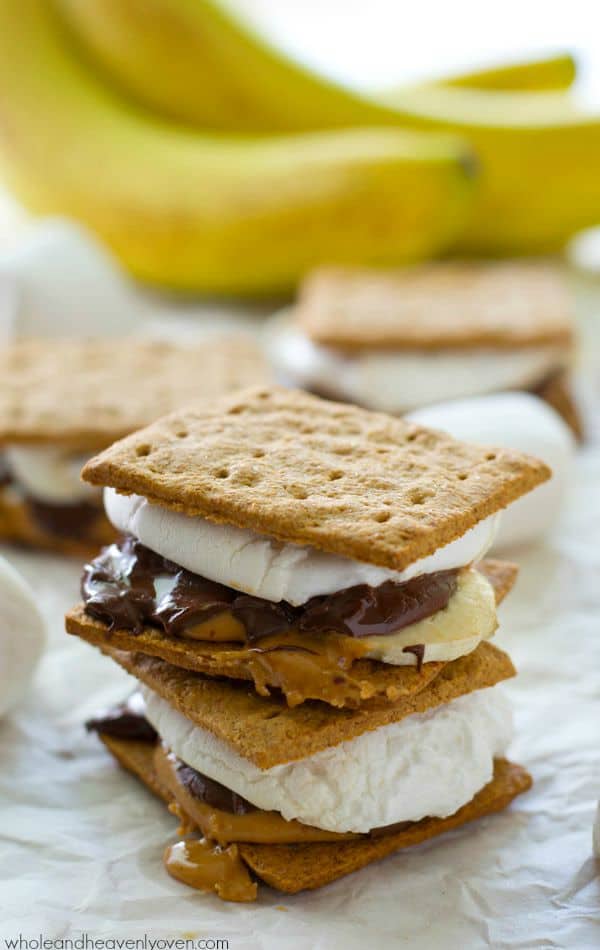 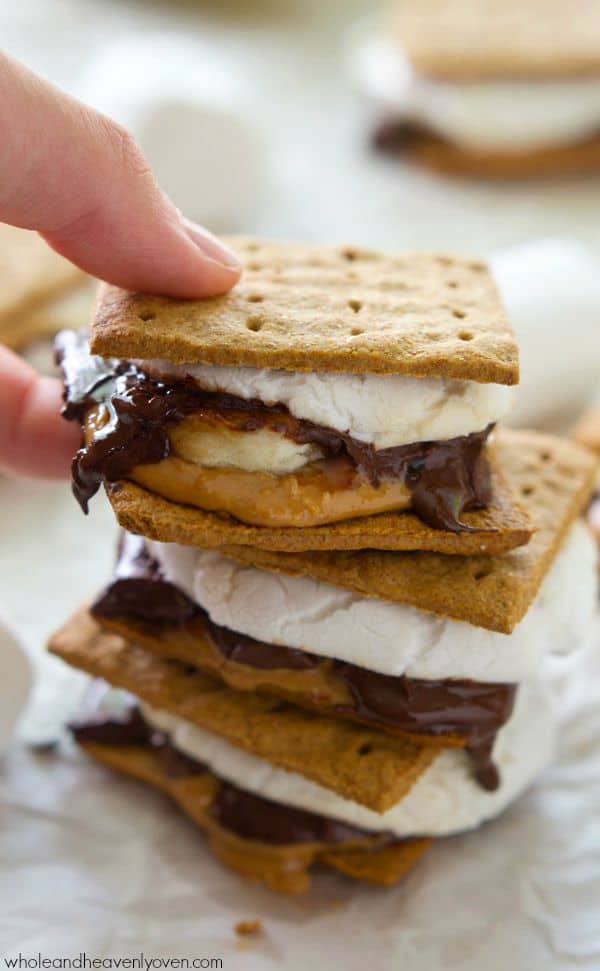 Clearly things are about to get messy around here. These s’mores are literally so stuffed with the NOMZ, that you’re undoubtedly gonna make a liiiitle bit of a mess. Chocolate on your face, ect. You know the drill…

You should probably change outta that pristine white shirt too…unless you’re interested in s’more tie-dye. Which I totally just made up.

Need I even mention that this teeny-tiny little s’mores hazard is WORTH IT?! Messy foods are so the best anyway. ♥

I’ve included directions in the recipe below for both the super-easy oven s’more method AND the traditional campfire way. Totally simple either way!

Not gonna lie though, I LOVE the speed of the oven-baked s’mores and the fact that I can have ’em any ol’ time, (dangerous option, FYI) but I’ve just gotta lean more towards the AUTHENTIC, old-fashioned way of making s’mores over an open summer fire. ♥

You can’t even beat that. 😉

You’re going to love these, guys. Like a lot. But just in case you don’t, do feel free to send me ALL of your s’mores leftovers, m’kaaaay? 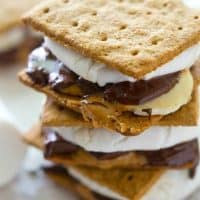 I cannot stress enough the fact that your weekend needs THESE. → → 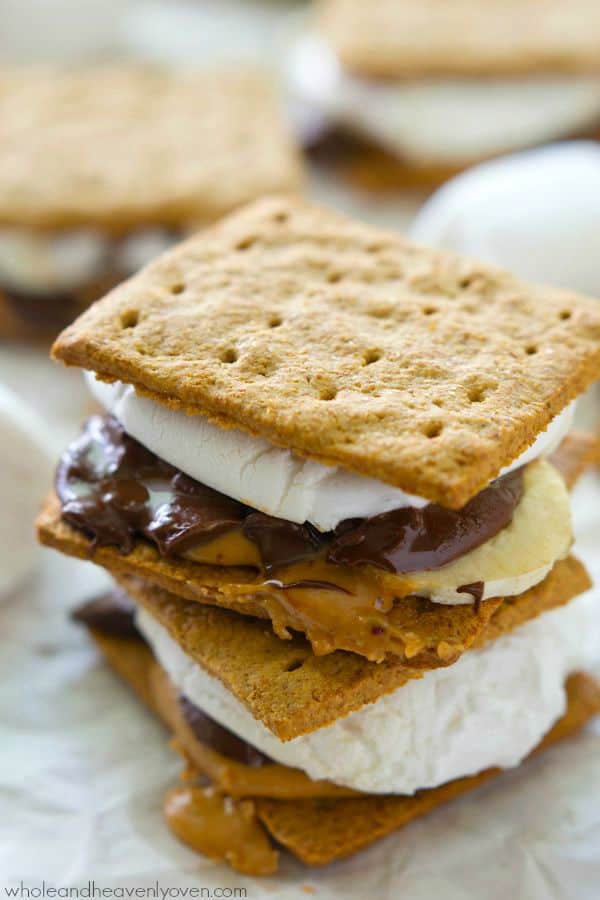