These mini caramel apple pecan pies combine the best of both pie worlds with a caramel apple pie filling and a sweet pecan pie topping.—They’re nearly impossible to stop eating! 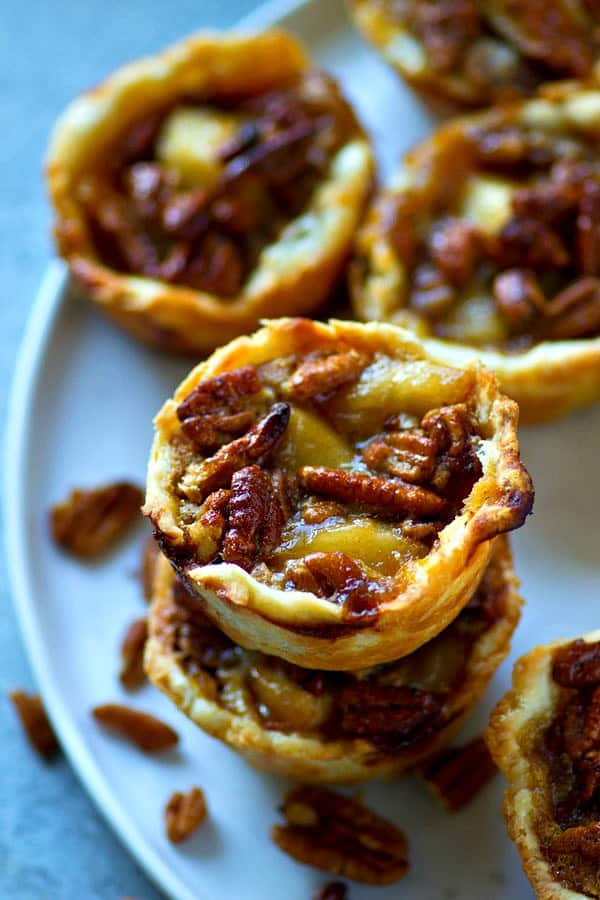 Oh my gosh, guys. If I were to imagine the most perfect of pie mashups it would have to be apple pie + pecan pie. The two absolute best pies on my family’s Thanksgiving dessert table. 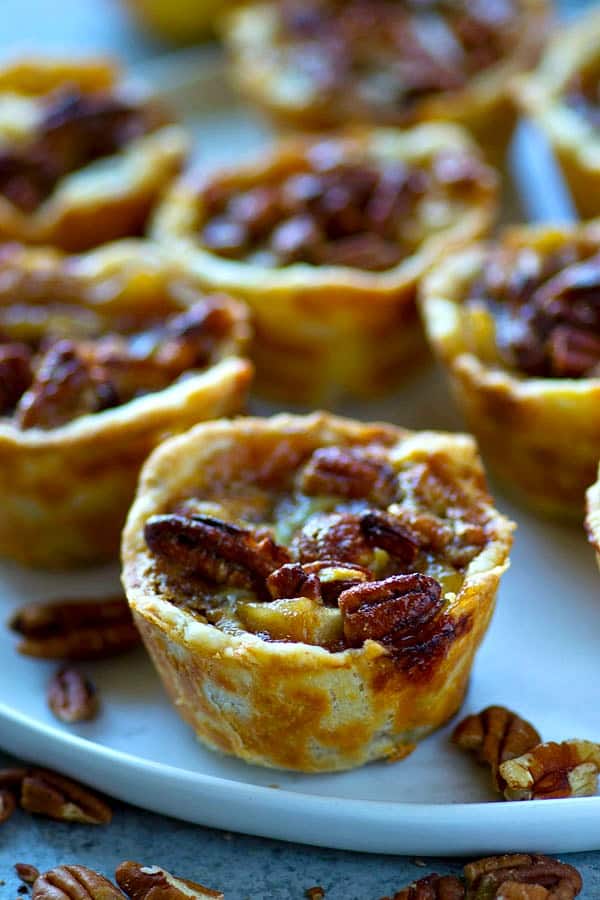 Can I make a formal announcement? Mini pies are just my new favorite thing ever for like a million reasons: They take like HALF the time to bake than regular pie, they’re automatically already portioned so there’s no pie cutting necessary, obviously they’re freaking ADORABLE, etc.

I could ramble on for awhile, y’all. But I’m going to switch my ramblings to talk about the greatest pie combo to ever hit the pie world. Apple pie is officially dating pecan pie and this is pretty much the best relationship ever match-maked. 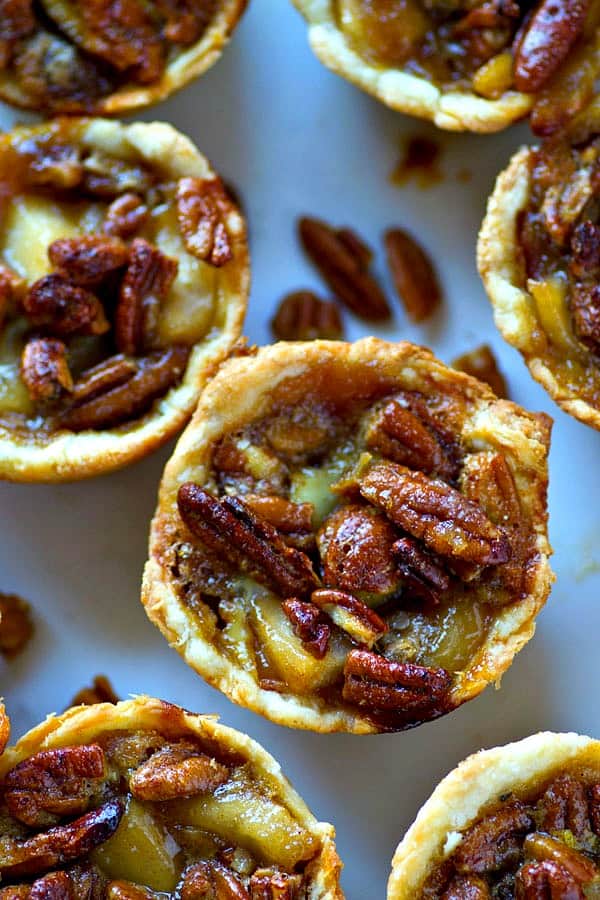 These little pies are scary easy, you guys. ESPECIALLY seeing as they’re actually two pies in one. Here we go. >>> 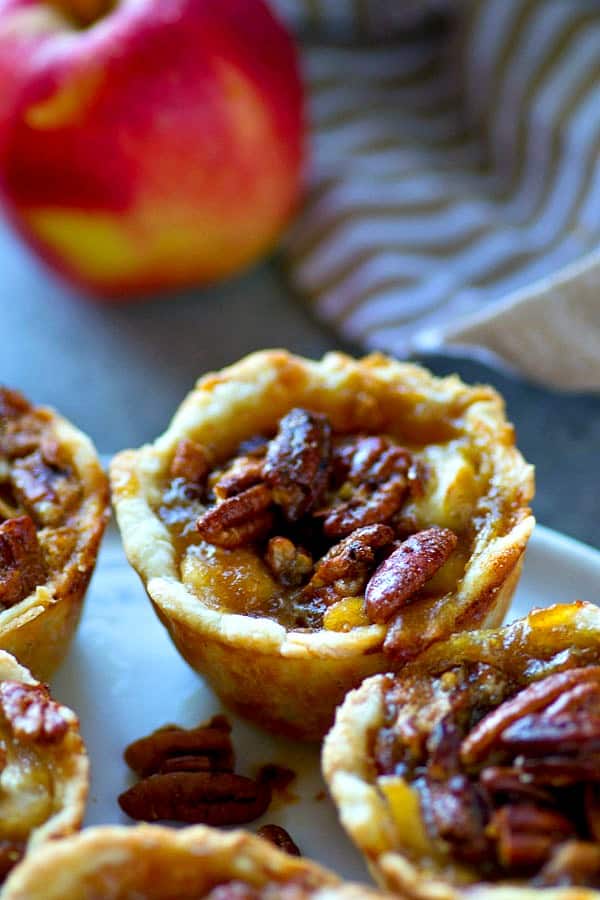 By all means, PLEASE eat them warm from the oven while the fillings are all warm and gooey and the crust is buttery and flaky. Also, just throwing it out there that you should probably make a solid commitment to eat them all. 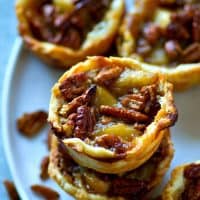