Baked with tender apples, tons of chai spices, and covered in an apple cider glaze, this baked apple chai french toast is one fall breakfast you don’t wanna miss out on! 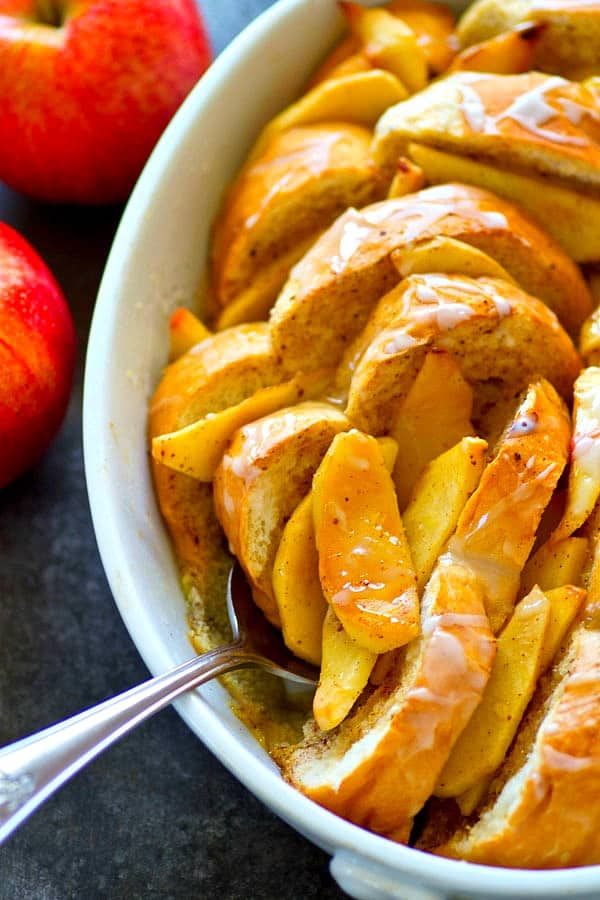 Everyone needs a fall-themed french toast up their sleeve.

And I would actually really appreciate it if I could have about five of these baked apple chai french toasts up my sleeve at all times, guys. 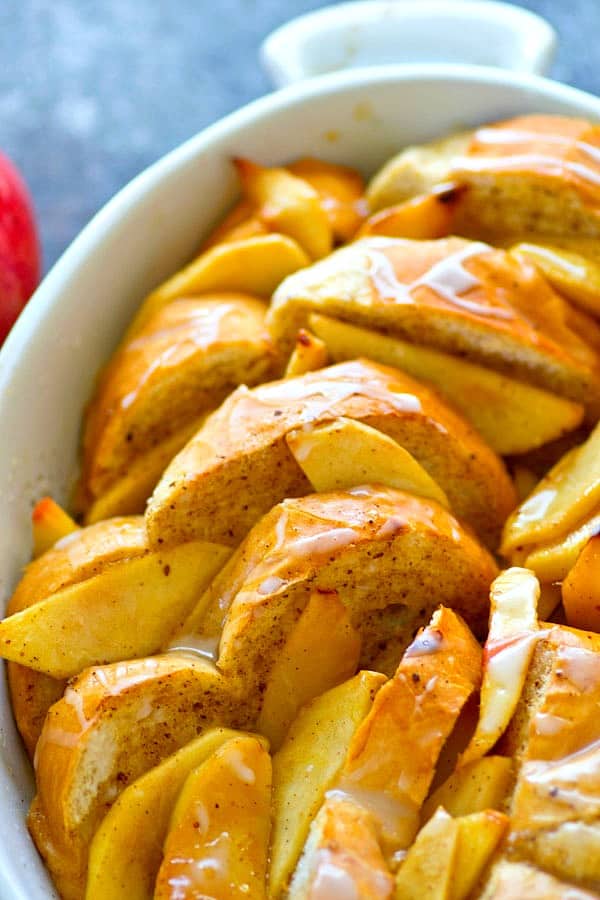 Mhmmmm…if we aren’t hitting all the fall breakfast checkboxes today, I don’t even know what does.

I don’t know about you, but there mere mention of apple cider glaze just automatically brings me to my knees. Don’t ask me how it tastes straight cause I DEFINITELY have no idea. ?? 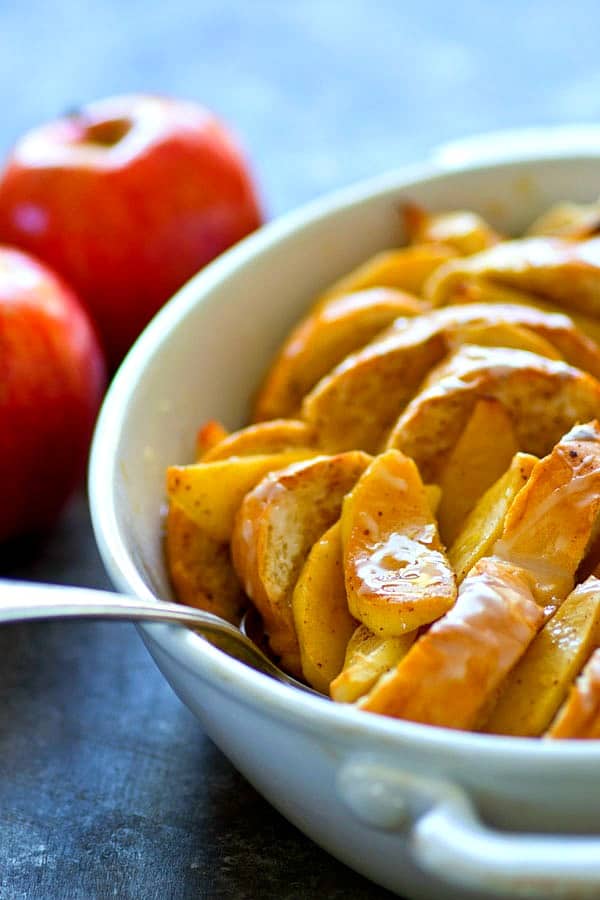 This is a thing of breakfast beauty, y’all. YOU MUST MAKE IT THIS WEEKEND!!! >>>

Honestly, you could make it in your sleep which is perfect, cause weekends are for all the sleeping. And for the eating of baked apple chai french toast. Rinse and repeat.

It is SO EASY >>> all ya gotta do is make a simple french toast egg custard base and throw all the chai spices in it. Coat your french bread slices in ALL of it and layer ’em all nice and pretty in a casserole dish.

Saute up a few apples and arrange them even MORE prettily in between the bread slices. Throw it all in the oven until a gorgeous golden-brown and then you may think we’re done but we’re so not.

Apple cider glaze isn’t something to ignore. Dump it into every.freaking.crevice of this french toast and thank me later. 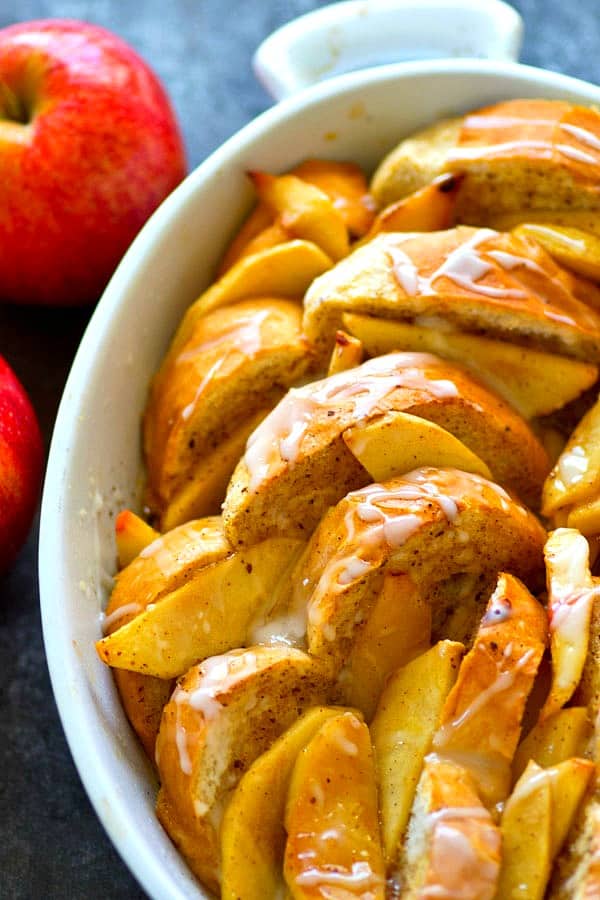 Basically you just hit all your fall goals with one innocent little french toast. Not-so-innocent is the happy reality of how much you’re going to eat of this because you are so obsessed.

You already know what your weekend plans consist of. >>> 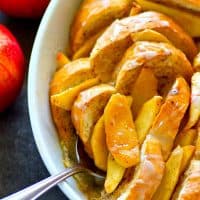