Stuffed with three different cheeses and a garlicky spinach artichoke filling, this hasselback chicken is a breeze to whip up and the perfect way to elevate chicken breasts for dinner! 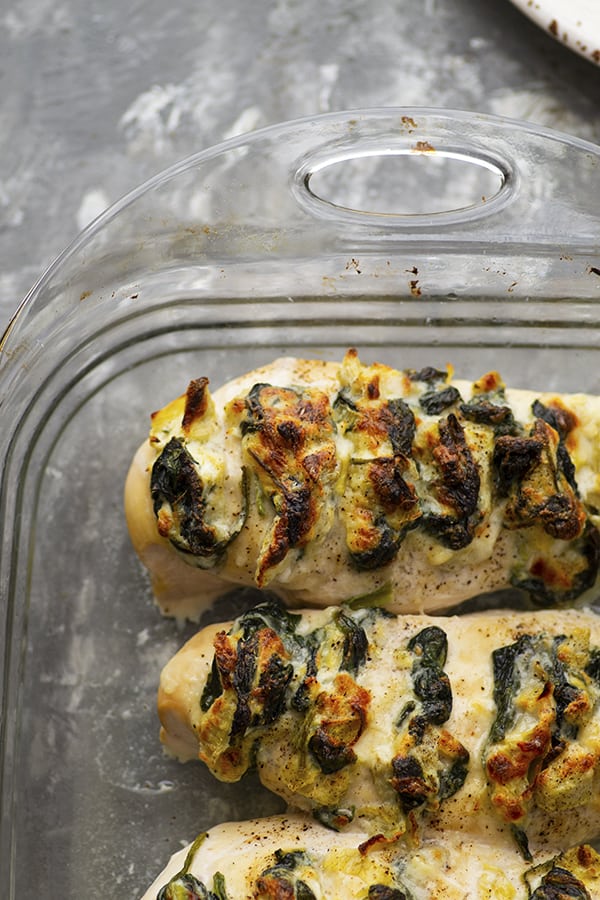 Let’s add a little extra oomph to your chicken breast game! The secret is in a hasselback chicken.

Stuffed with a triple whammy of cheese + all the spinach artichoke fixins’.

I know, it probably gives off the façade of complicated dinner food, but it’s actually the EASIEST to pull off! 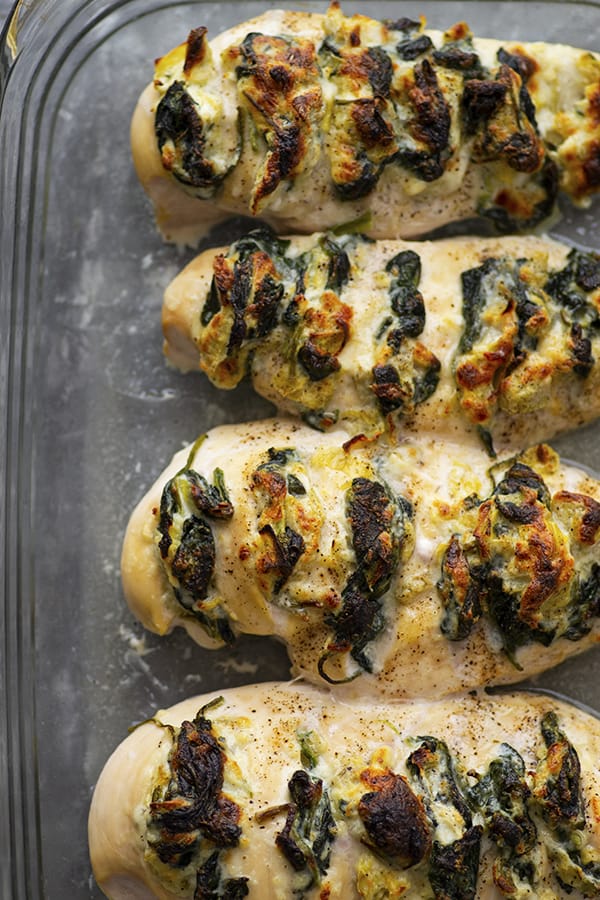 If you’re a fan of spinach artichoke dip, you’re going to be ALL over this chicken!

The creamy cheese + spinach artichoke filling is reminiscent of the classic dip and it is SO good. 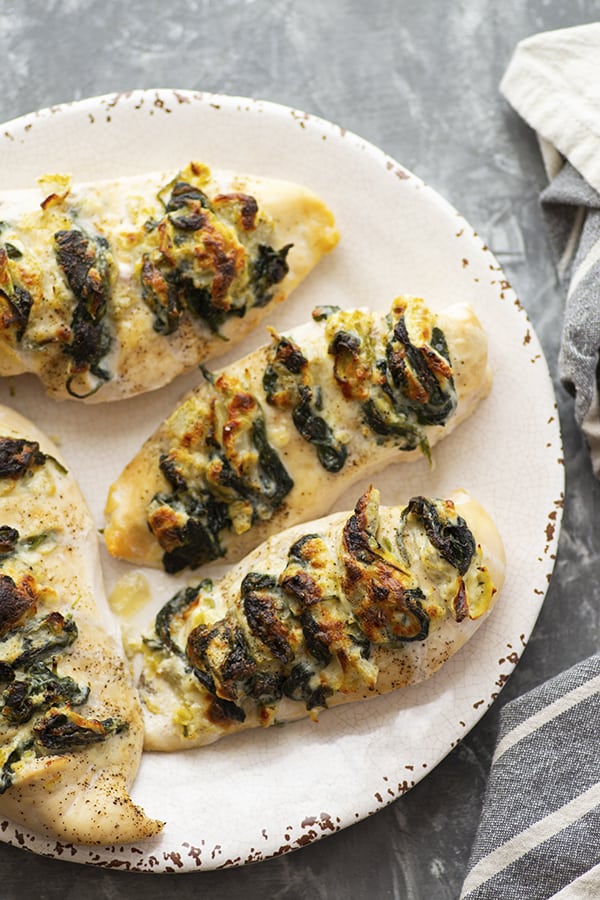 Start by sauteeing fresh baby spinach and chopped jarred artichokes in a little butter until wilted.

Add a few cloves minced garlic and saute 1 additional minute until fragrant. Remove from heat and allow to cool slightly.

Meanwhile, in a small bowl combine your three cheeses. Add the cheese mixture to the spinach/artichoke mixture until creamy.

You can make this filling ahead of time and keep it in your fridge up to a few days!

We’re going to be using boneless skinless chicken breasts in this recipe. I do not recommend using any other kind of chicken for this particular recipe.

Use a sharp knife to cut 6 even slits in each chicken breast, cutting about 3/4 of the way through.

Season chicken with salt and pepper, place chicken breasts in a 9×13 baking dish, then begin filling each cut with spinach artichoke filling.

Once the chicken is done, I recommend broiling under high heat 1-2 minutes to brown the cheese. Optional, but adds a little more deep cheesy flavor!

What to Serve with Chicken 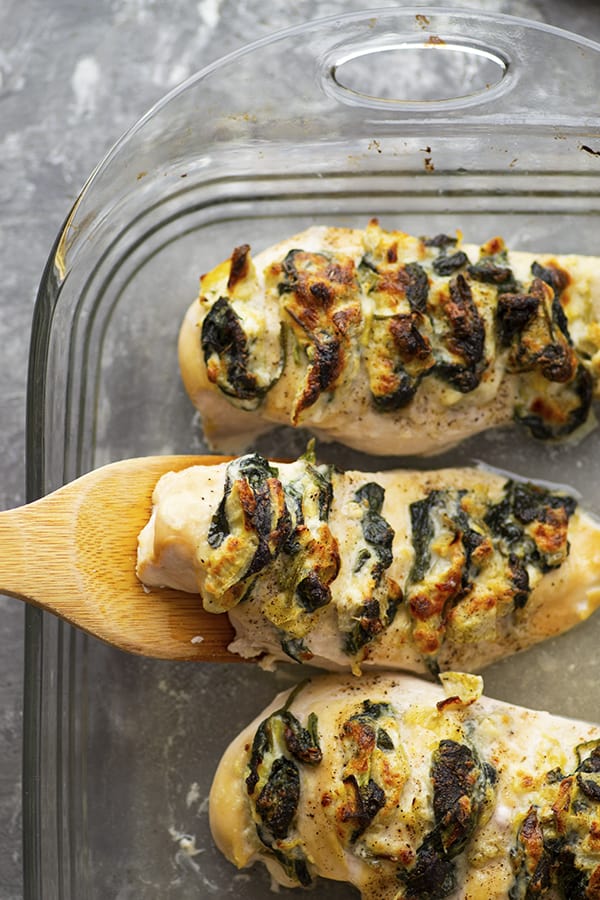 Each bite of this juicy chicken is just bursting with rich, cheesy spinach artichoke flavors!

Because of the hasselback style, we’re able to stuff this chicken with SO much goodness. It’s exploding with flavor and literally the easiest thing ever to make.

It’s the new favorite chicken dinner in our house! I guarantee it’s about to become yours too. ♥

A few more well-loved chicken dinners you’ll want to cook up next! 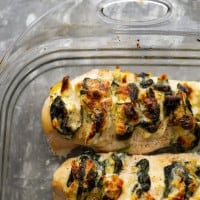