Classic Boston cream pie…..in mini cupcake form! Your entire family will love these moist yellow cupcakes, filled with a luscious vanilla pudding and frosted with a rich chocolate ganache. — Impossible to only have one of these addicting cupcakes! 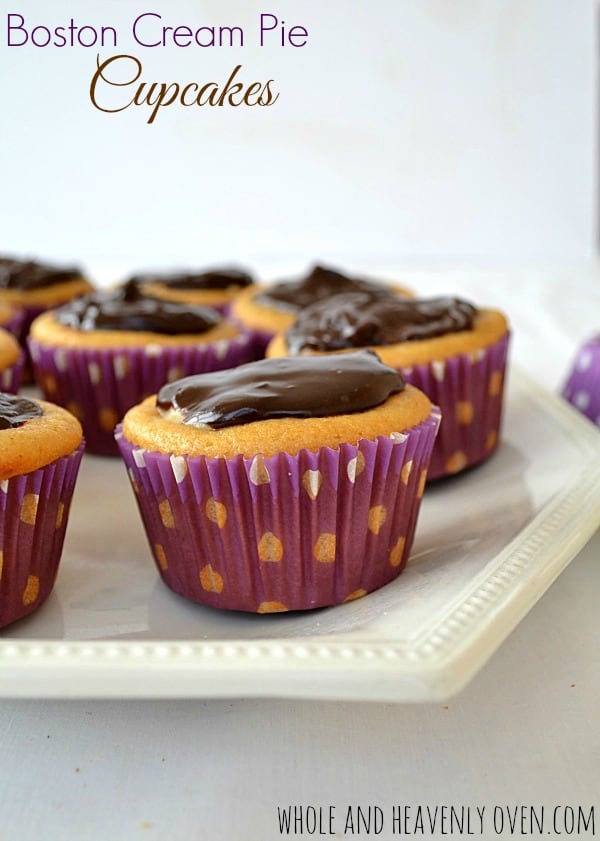 Yeah, so these cupcakes? I’m just about to die from cuteness-overload. 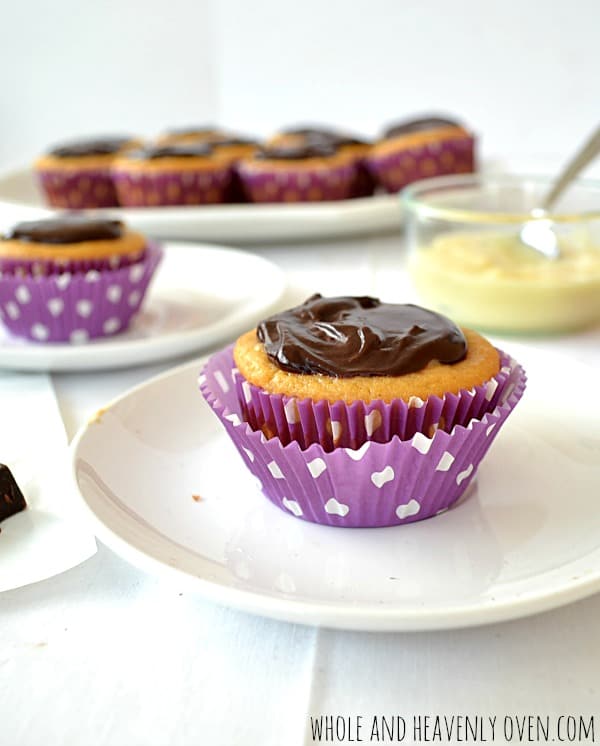 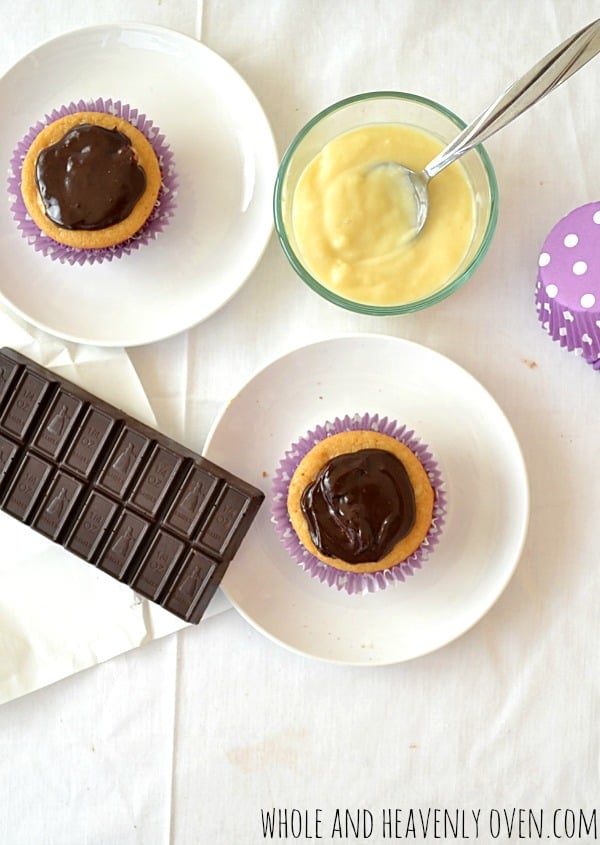 Sorry, I’m just a little pumped about these cupcakes. They really do have it all: A soft yellow cupcake base, a creamy filling, and a dark fudgy chocolate ganache. — Guys- could you do me a favor? Come and take the rest of these cupcakes out of my reach, before I end up doing some serious damage to the remainder of them. 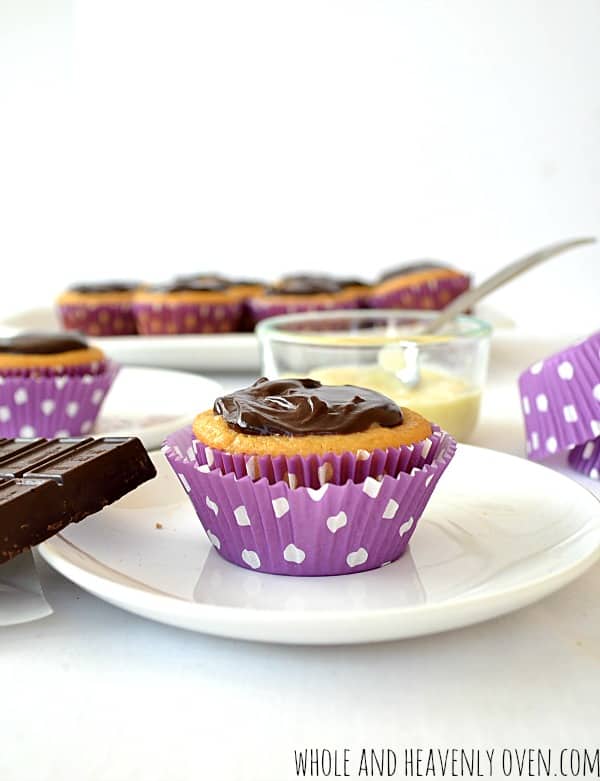 I gave Rachel one of these cupcakes, she ran outside with it and two minutes later she was back asking for another.

I love that kid a little too much, so I couldn’t help but say yes. 😉

One of my pet names for Rach is actually, are you ready? Cupcake.

Most of the time she loves it, other times she hates it. — I don’t care. It’s adorable and it suits her perfectly. — Small and tiny, but packs an incredible punch.

I usually ask her what kind of cupcake she is and the answer is always “chockwit”…..How surprising.. 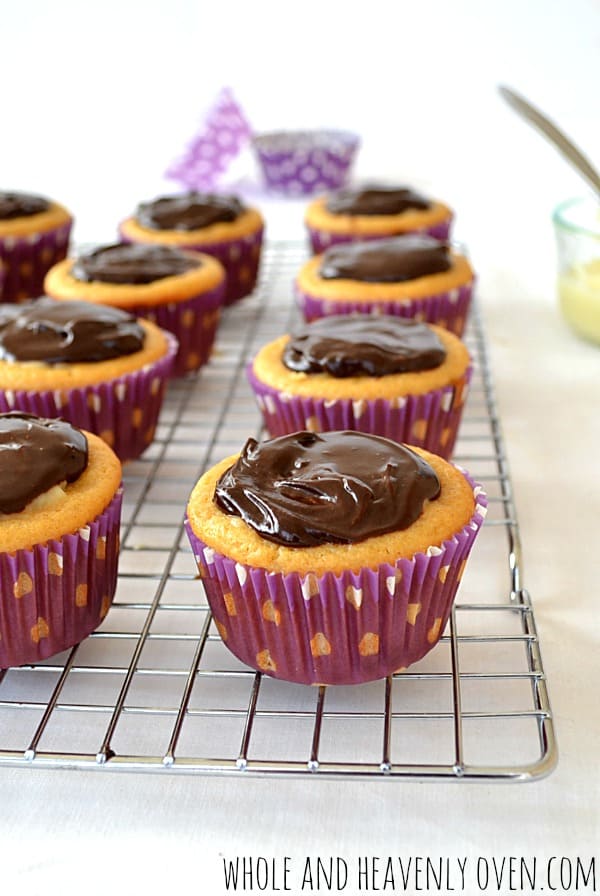 Back to the cupcakes. (the actual ones) 😉 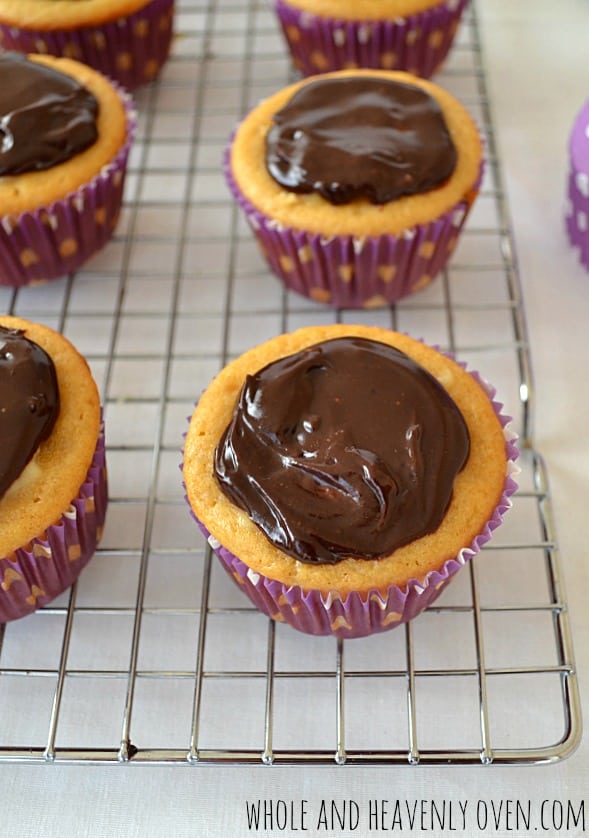 Classic Boston cream pie, only in mini form. — Now, in the interest of saving time, I recommend you make your vanilla pudding filling first, because it does need to chill for about an hour before using.

Next, you’ll make your yellow cupcakes: Just a simple yellow cake recipe, but the only one I ever use because it’s so easy and so good. It yields a perfectly soft and springy texture every single time. 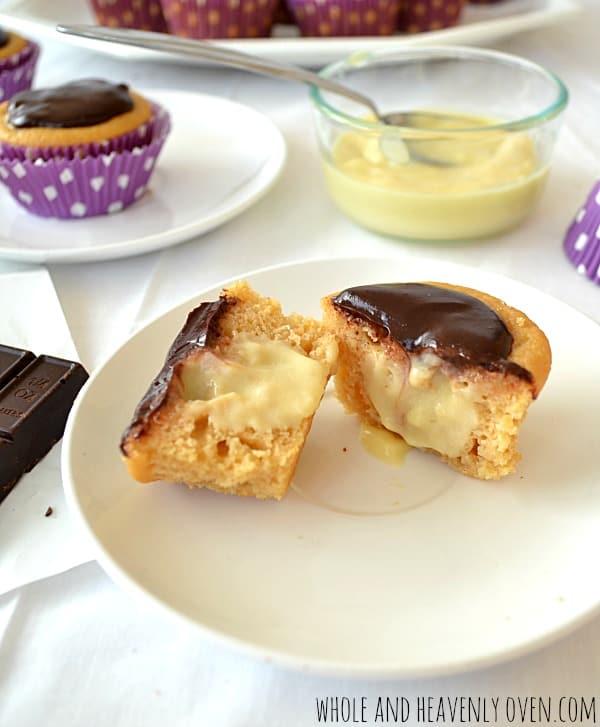 My cupcakes took precisely 24 minutes at 350º. Start checking them around 22 minutes, because you don’t want to over-bake them, otherwise they’ll lose that soft, moist texture. A toothpick should come out clean, and the tops of the cupcakes should bounce back when lightly touched. Be sure you cool your cupcakes completely before filling with the vanilla pudding.

Chocolate ganache isn’t really complicated or finicky, but you do need to follow the directions to a T, for best results.

You’ll start by gently bringing the heavy cream to a slow simmer. (not boiling!) If you accidentally heat your cream too long, cool slightly until just warm. Then, in a double-boiler (or in a microwave) heat chocolate chips until they just start to lose their shape. (they should not melt entirely) Immediately pour warm cream over partially-melted chocolate chips, and whisk until ganache is smooth and fudgy.

Let your ganache sit 10 minutes, or until it reaches spreading consistency. (if ganache becomes TOO thick, thin it out a little bit with 1/2 to 1 teaspoon hot water) Then spoon over filled cupcakes and swirl to frost them.

Guys, the chocolate ganache is so good I was literally sitting in the middle of the kitchen scraping the pan. — Just a typical day for me. 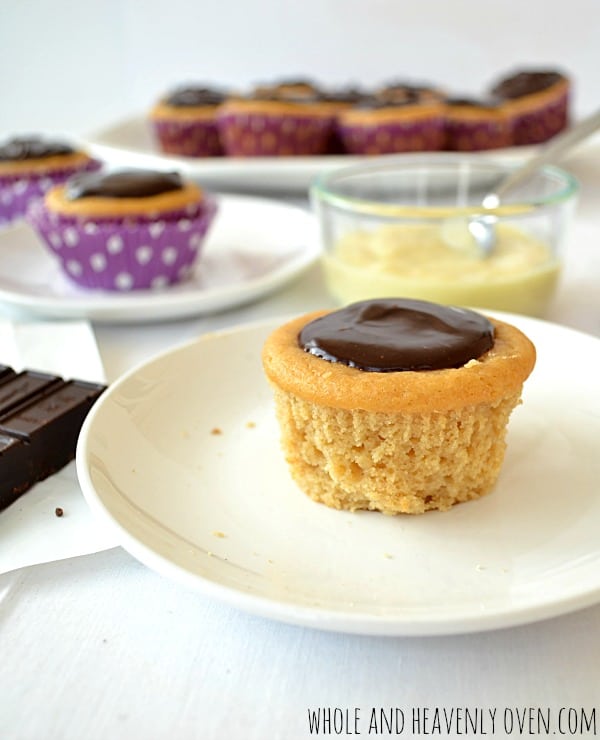 There’s just something so intricate and nostalgic about these cupcakes that I absolutely adore. Again, it’s probably the cuteness factor. 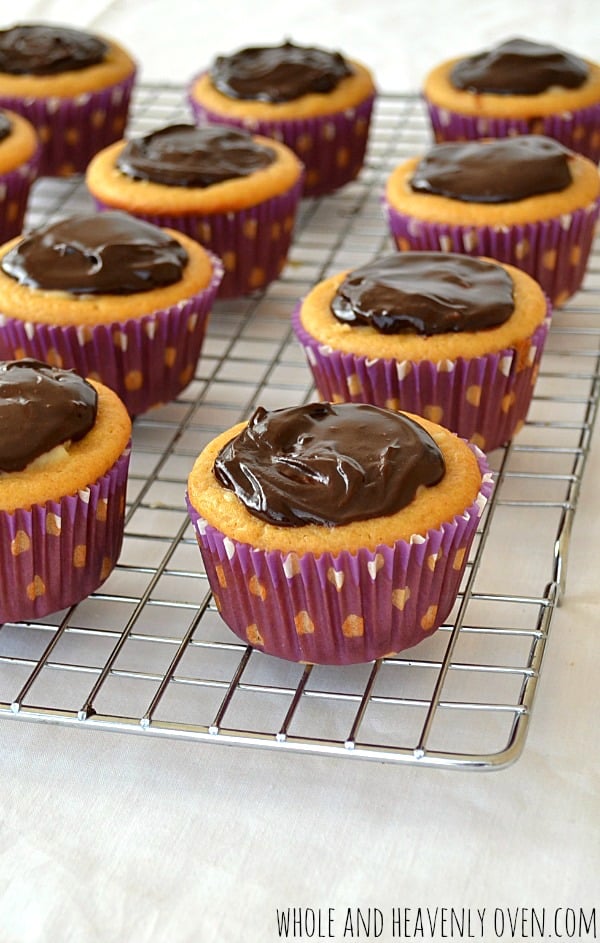 I enjoy eating cute food, how ’bout you guys? 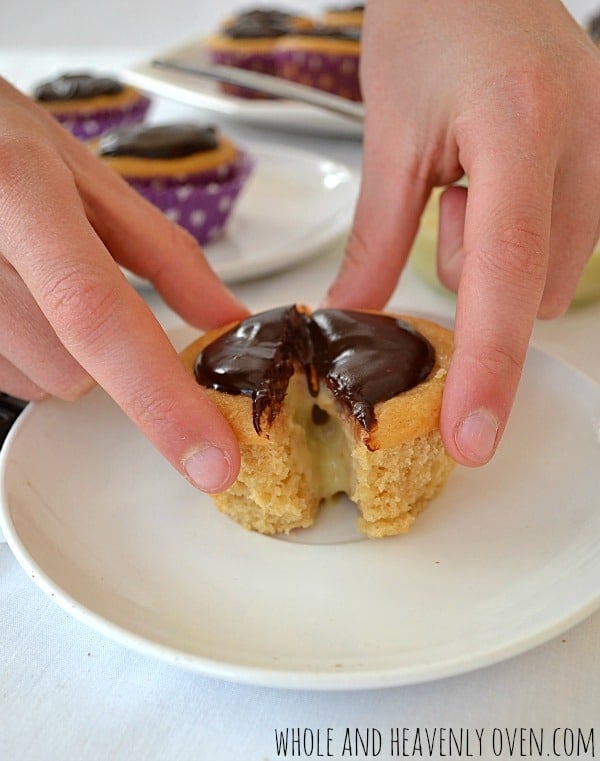 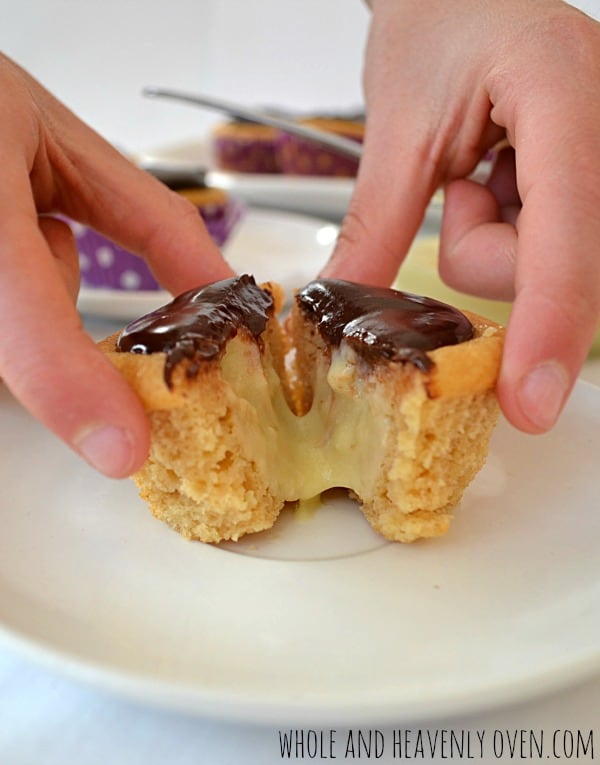 FYI, if you plan on making these cupcakes for a get-together with even just a few people, I would recommend doubling the recipe. Believe me when I say these cupcakes go and they go fast. Really fast.

Be sure to grab a few to hide away for yourself,  because once people see these cupcakes they’re not really interested in sharing. Me included. 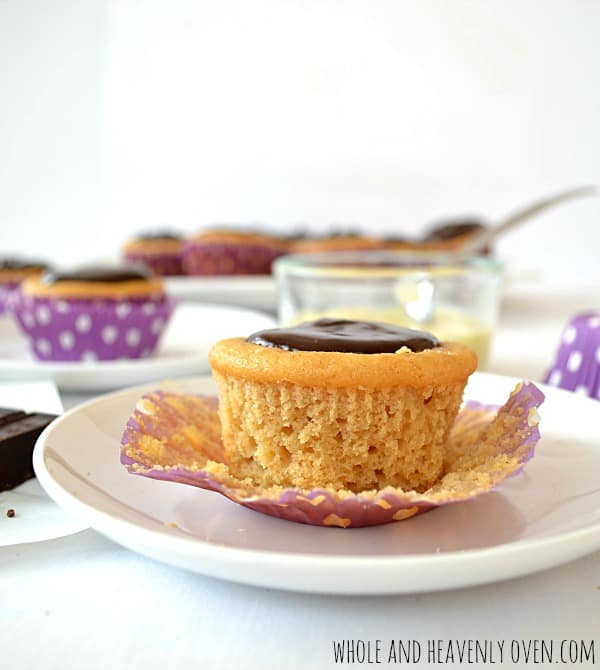 There you have it: Boston cream pie at it’s absolute finest. 😉 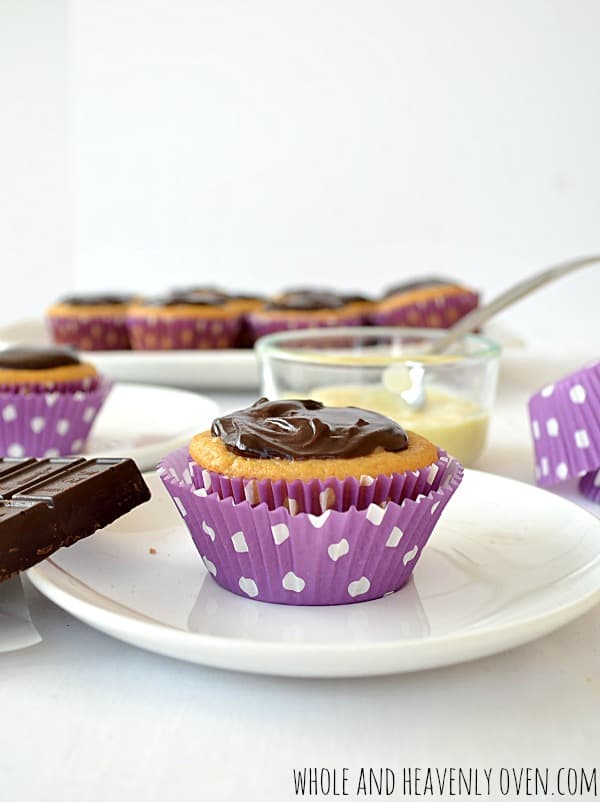 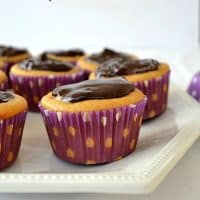 I know you’ll adore my other cake recipes! 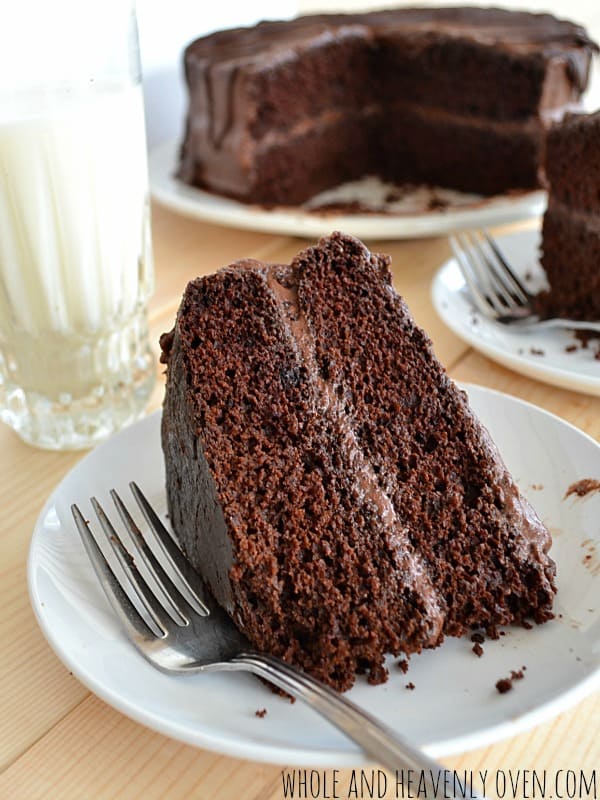 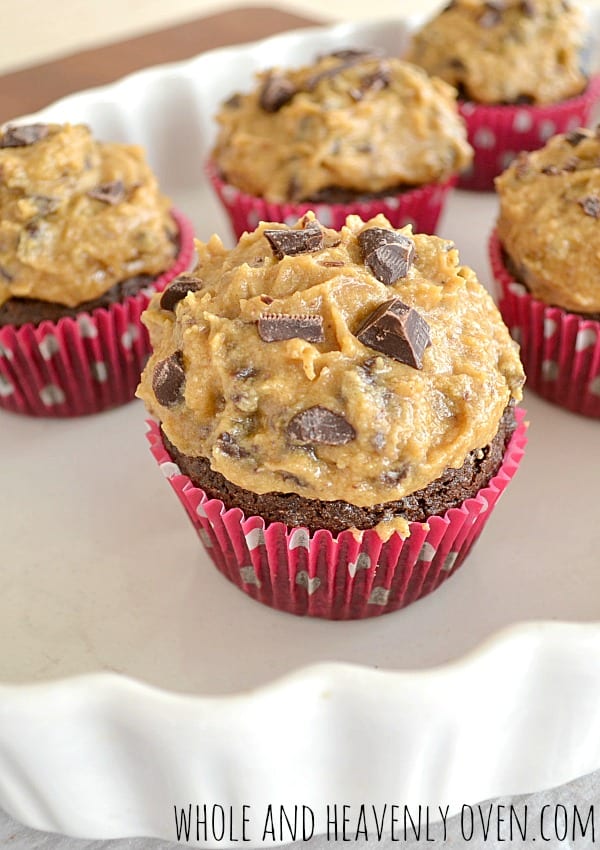 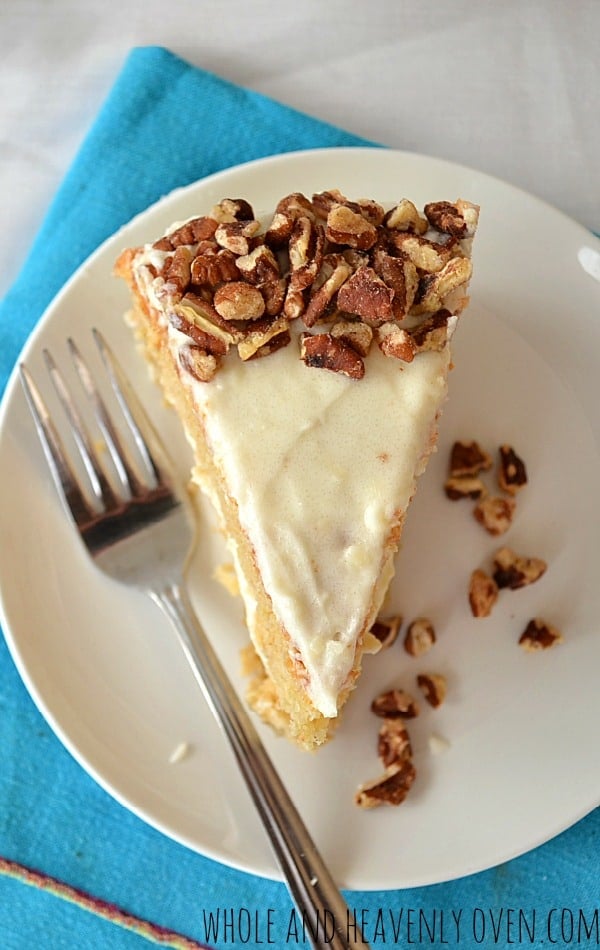