These ultimately fudgy brownies combine the best of THREE worlds! Brownies, cheesecake, AND peanut butter. You won’t be able to have just one of these addicting brownies! 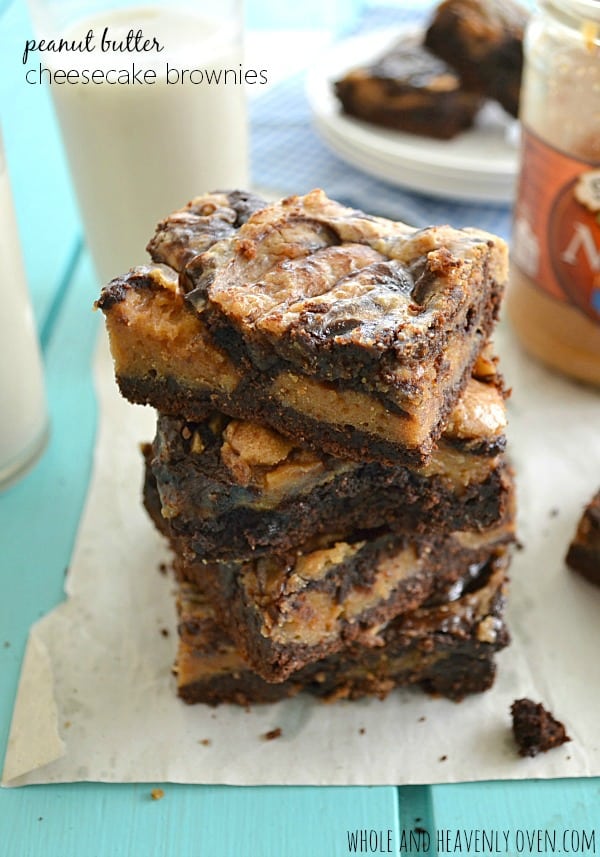 I should really just rename this blog Sarah’s Brownie Obsession.

If you’re a regular around here, you would know that I am completely crazy for brownies. 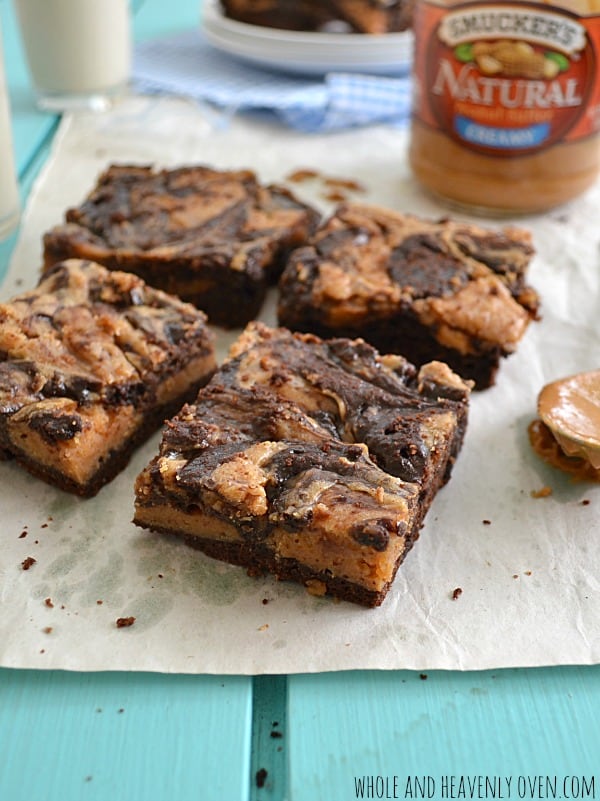 Over the past few months I have racked up so many brownie recipes, it’s kind of insane. 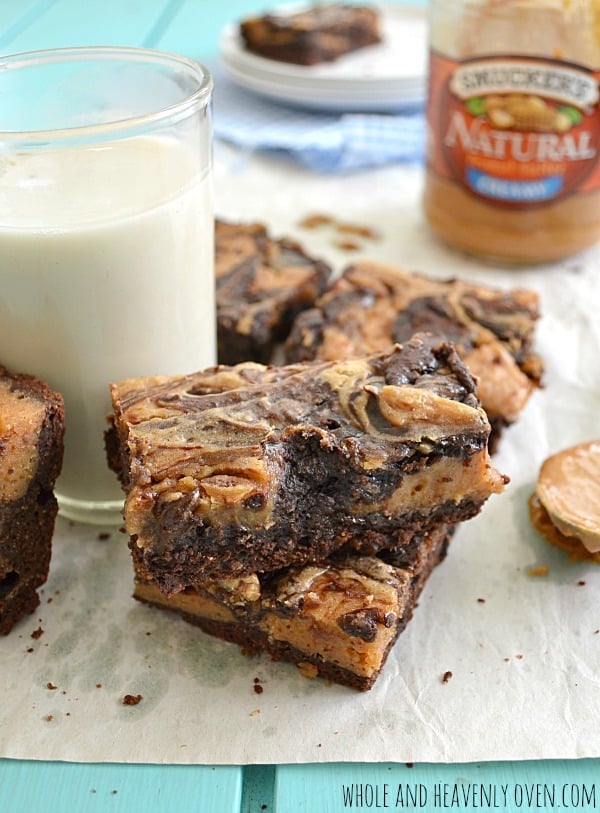 THESE brownies are insane. 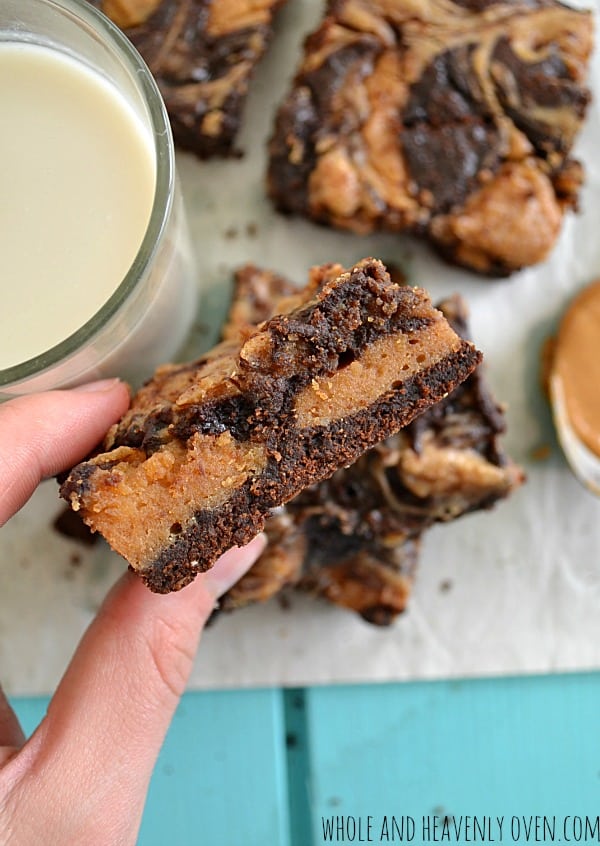 INSIDE these insane brownies. 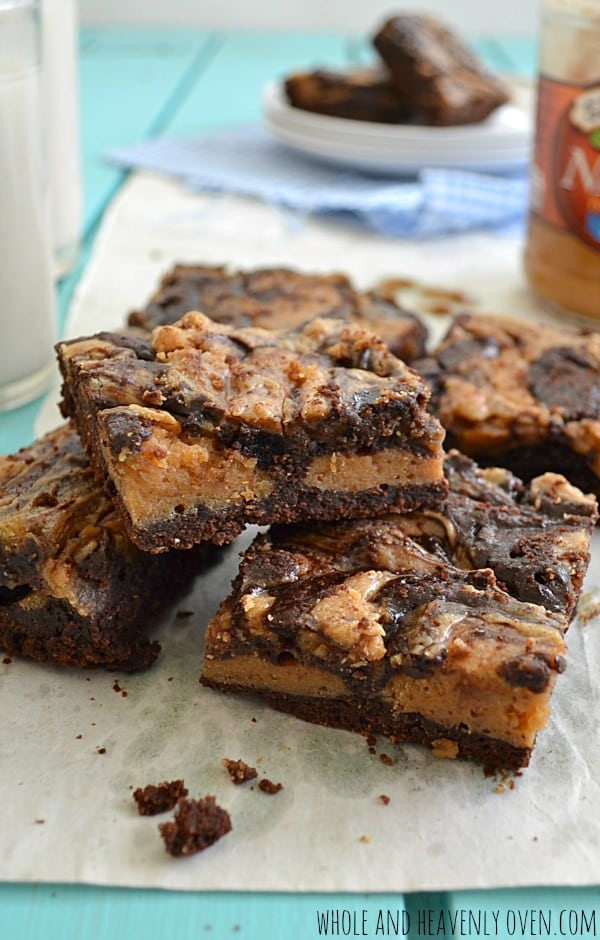 These are seriously one of fudgiest brownies I’ve ever had in my life. I think it’s the peanut butter cheesecake swirl that contributes the extra moistness and fudginess.

I call them sin in a pan. For a very good reason, too.

These are, hands-down, the most sinful brownies I have ever sunk my teeth into. 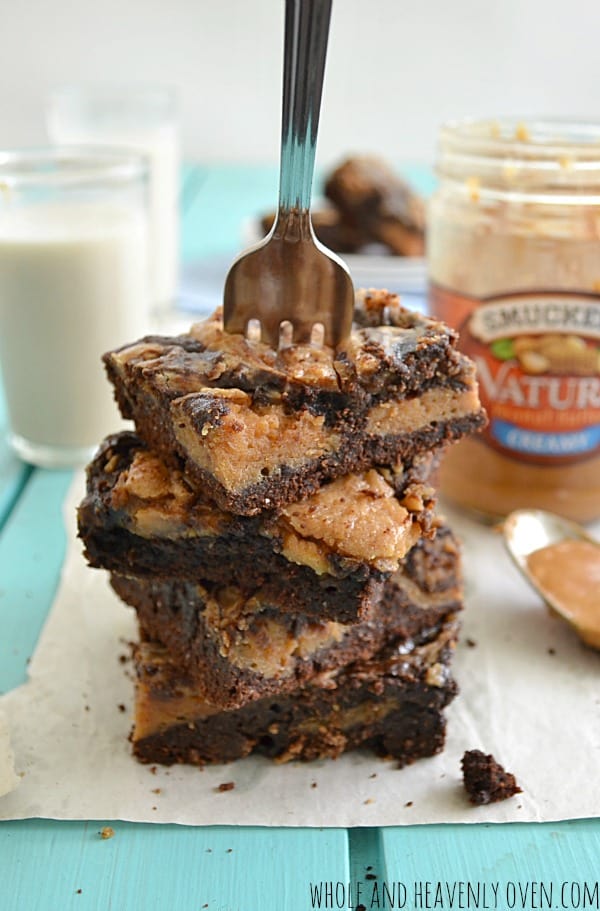 I am completely in love with cheesecake brownies. They combine the absolute best of both worlds. Multiply that by 5000 when you throw creamy peanut butter in the mix.

Diet-friendly? No. Worth it? Heck’ yes. 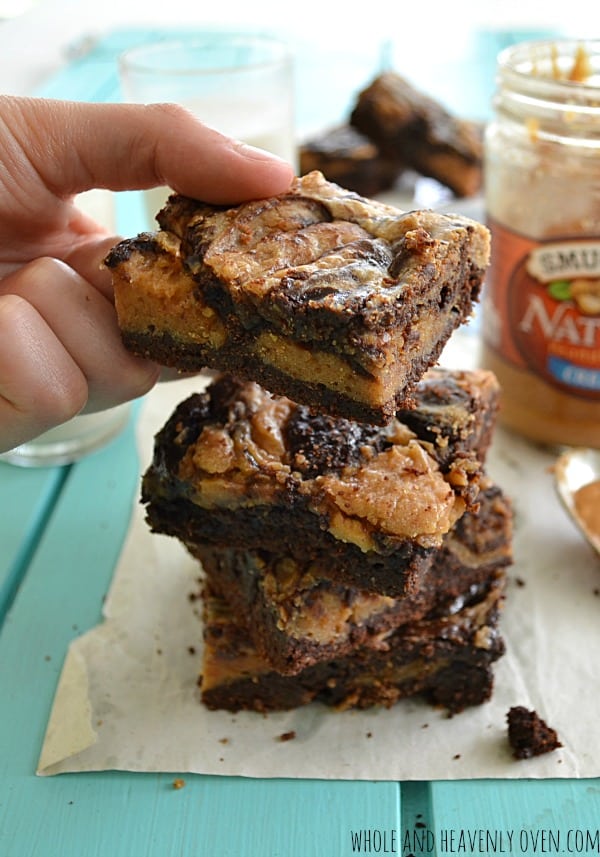 Ok, quick little sidenote here: So while I was making these brownies, Rachel was watching me and wanted to help so I asked her to get out the cocoa powder for me. Well, she was gone for like 5 minutes so I went to look for her and found her cradling the cocoa powder in her arms and TALKING to it.

Yes, I was a little disturbed by this. Here’s what she said:

Rachel: “Oh, chocolate I love you so much. You’re my favorite thing in the world. I like to EAT you in my tummy.”

Me: Umm. Rachel, what are you doing?

Rachel: I’m talking to the chocolate. ‘Cause I love it so much.

Me: Well, I kind of need it if I’m gonna make brownies.

Rachel: (sighing) Oh, all right. But first I’m going to give it a kiss.

She then proceeded to give the container of cocoa powder a kiss AND a hug.

Okay. Am I the only one who is a little freaked out by this?? My almost 4-year old sister is completely obsessed with chocolate.

Also a little amused. I literally could not stop laughing. 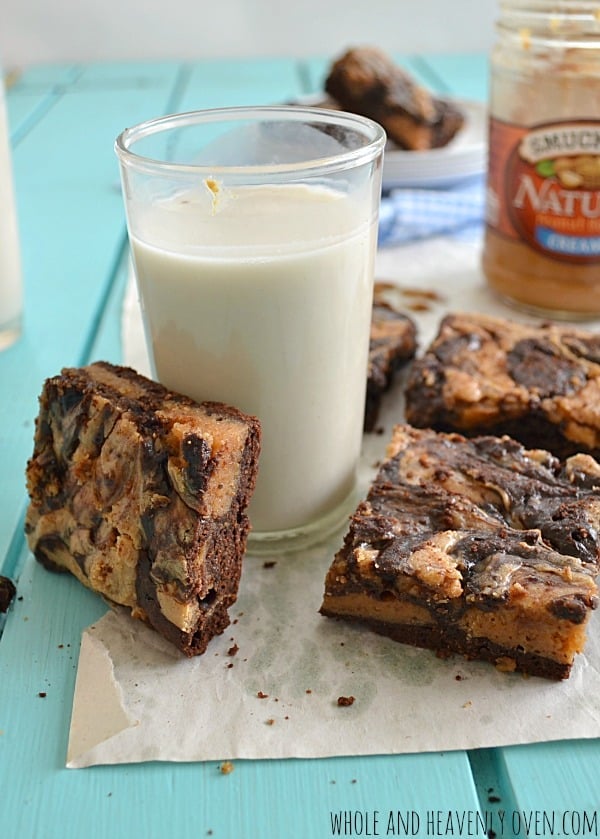 As you can probably imagine, my chocholic-family went completely nuts-o over these brownies and demolished them before the day was over. I managed to bring a few over to my neighbor and she was like “Oh, I ‘ll just have half of one right now.” 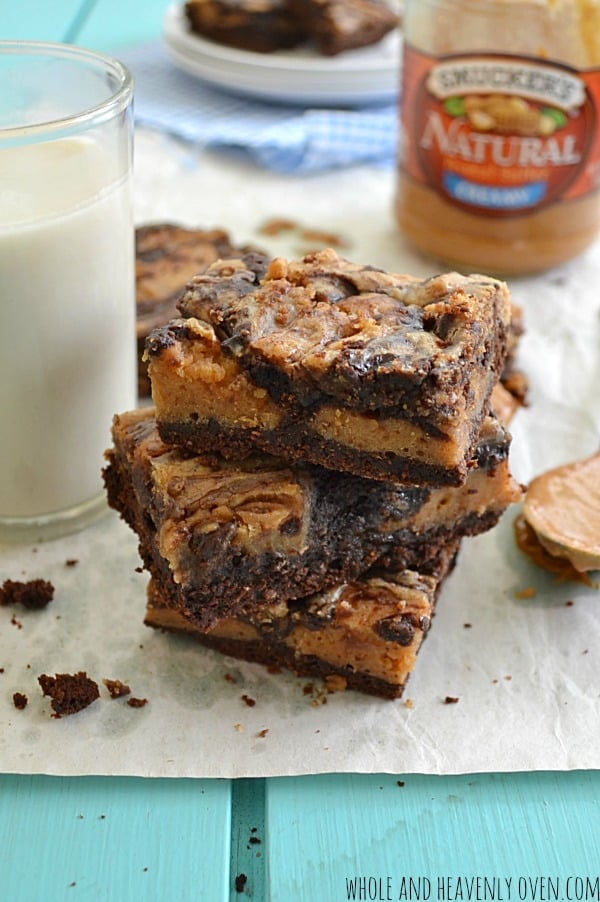 A word of warning: DON’T make these brownies unless there’s a bunch of people around to help you eat them. You may be inclined to eat the entire pan-full in one sitting.

I do not speak from experience. 😉 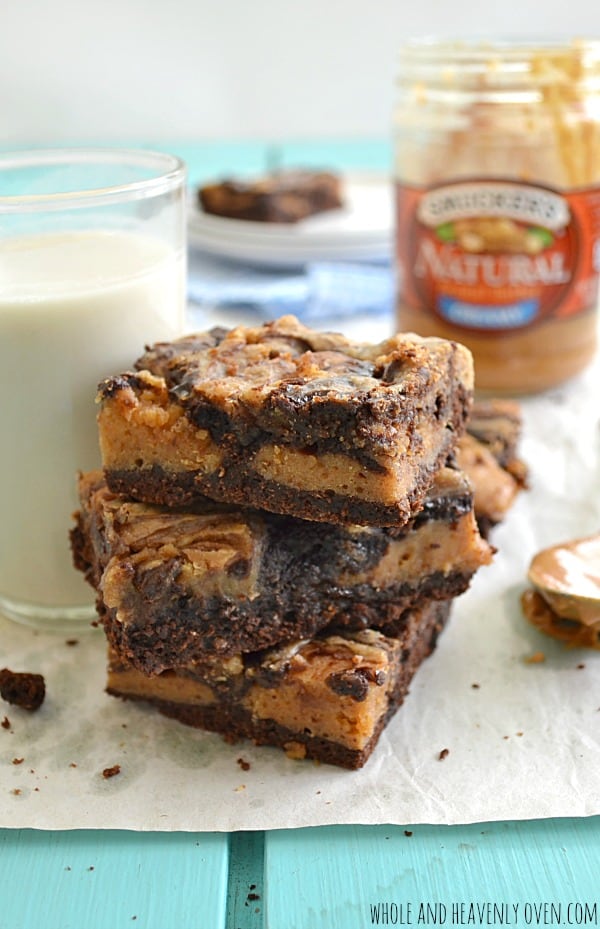 You should eat one of these brownies for breakfast and then have salads for the rest of the day. 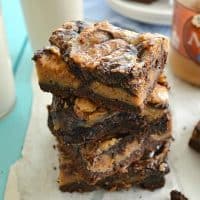 Welcome to my brownie shrine. 😀 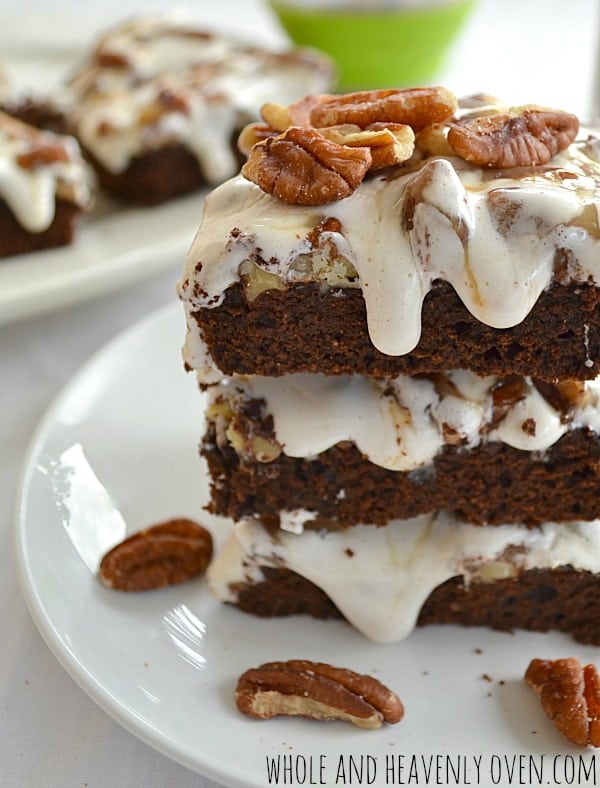 (one of the most popular recipes on my blog!) 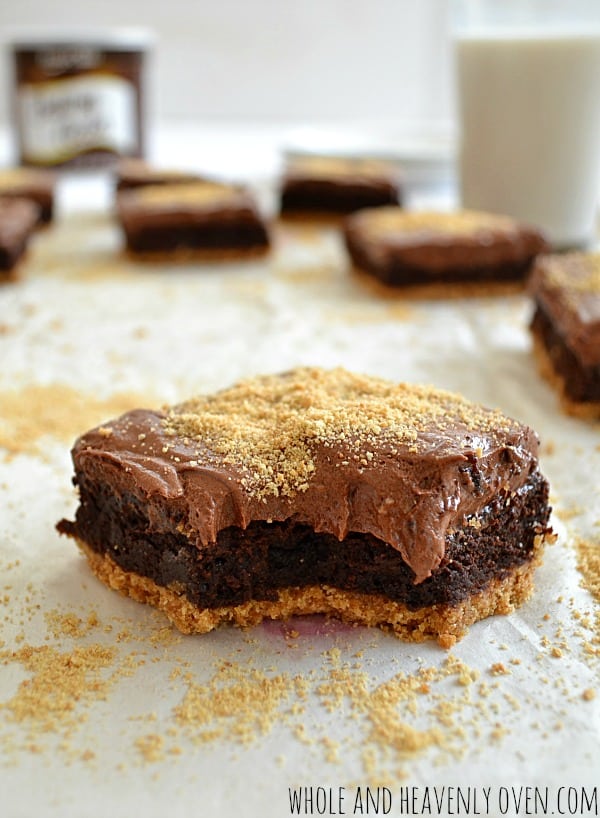 (not quite as dense and fudgy as today’s brownie, but still one of my favs!) 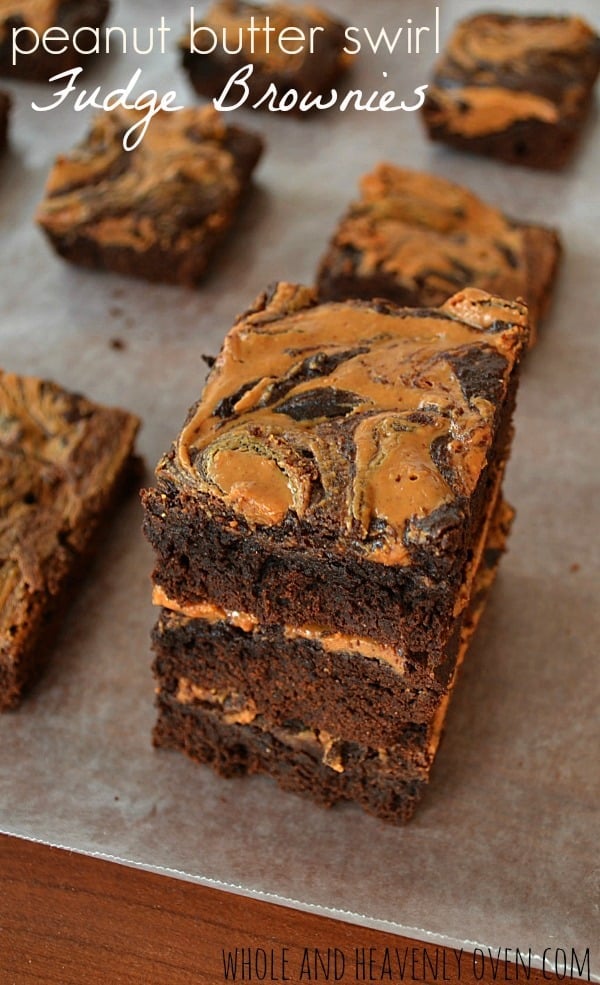 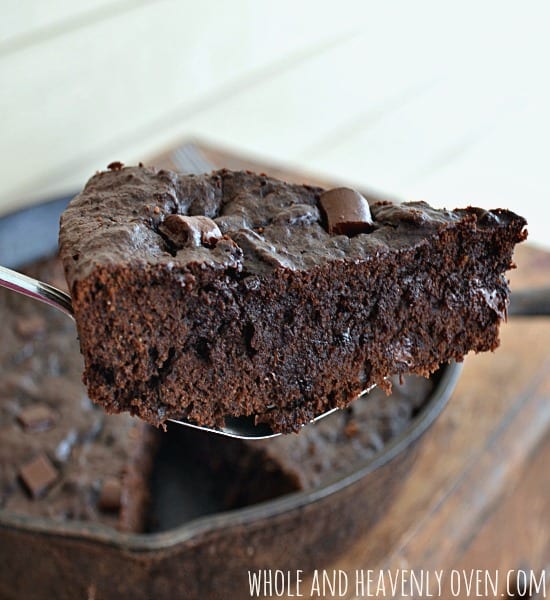