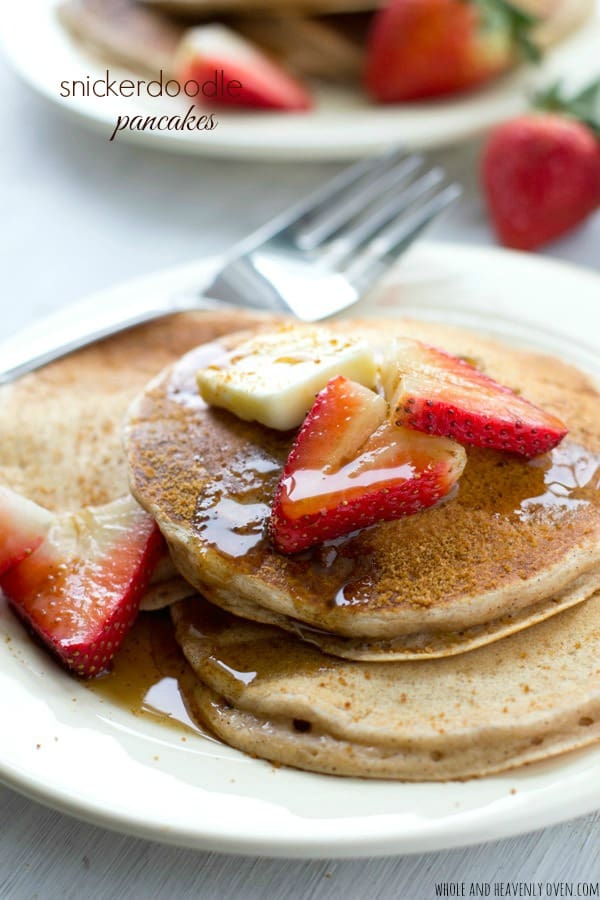 Please excuse me while I get my latest breakfast rampage outta my system….

Yesterday….the breakfast smoothie to end all smoothies. Today….cookies in the form of pancakes.

Because, let’s be honest, all of us have had cookies for breakfast at some point during our lives. We might as well have our pancakes on the breakfast menu too.

Sometimes my breakfast rampages can be a good thing. 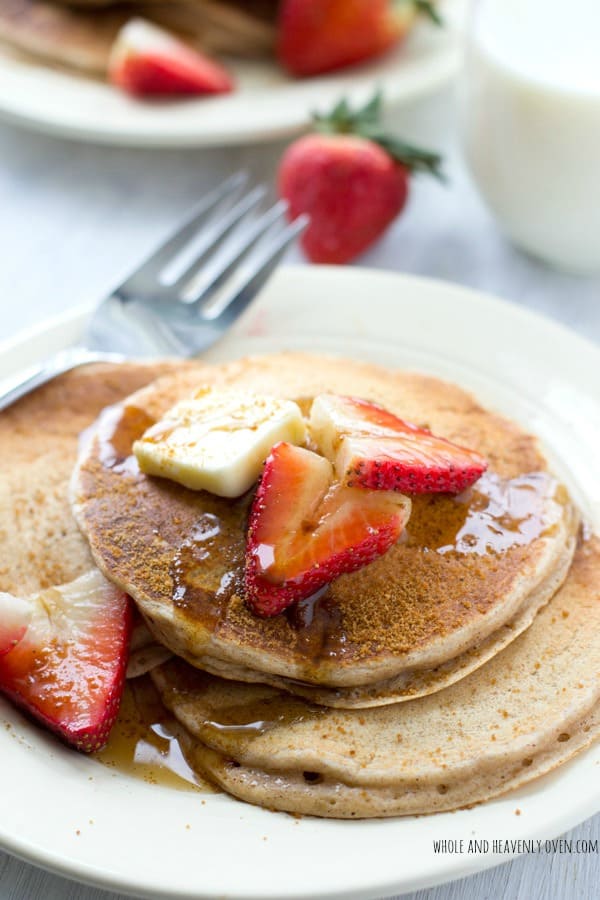 Scratch that sentence above. It’s ALWAYS a good thing to go on a breakfast rampage. Nobody could disagree with that reasoning. Except the bathroom scale perhaps, but I never really liked that thing anyway…

P.S. This is me pretending that weekend breakfast can happen anytime/EVERY DAY OF THE LOOONG WEEK. 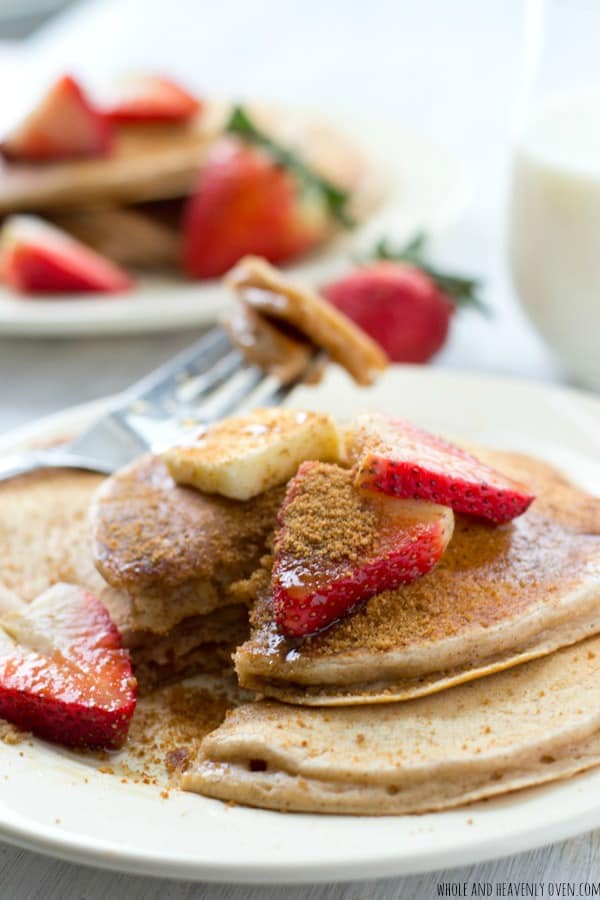 I mean, SOMEBODY has to make these executive decisions around here. 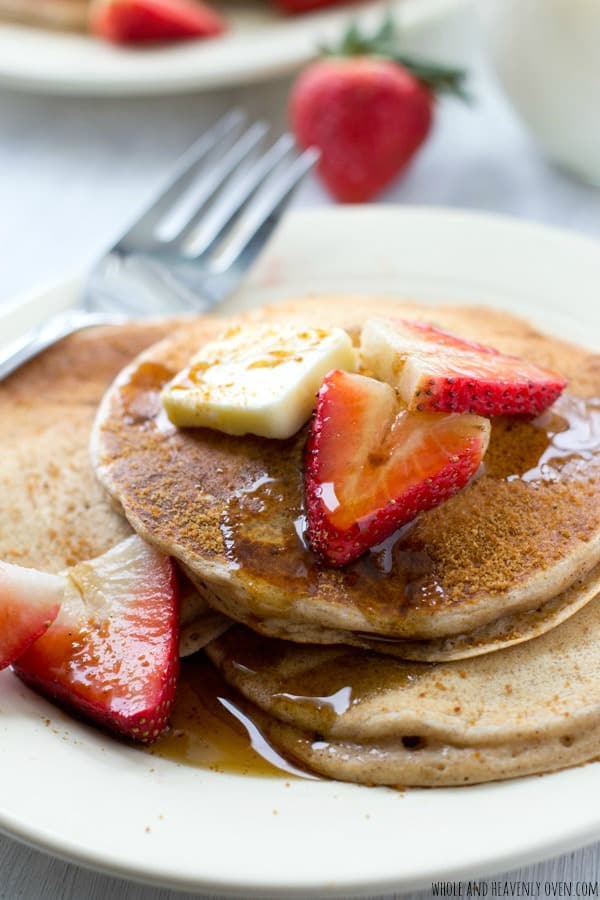 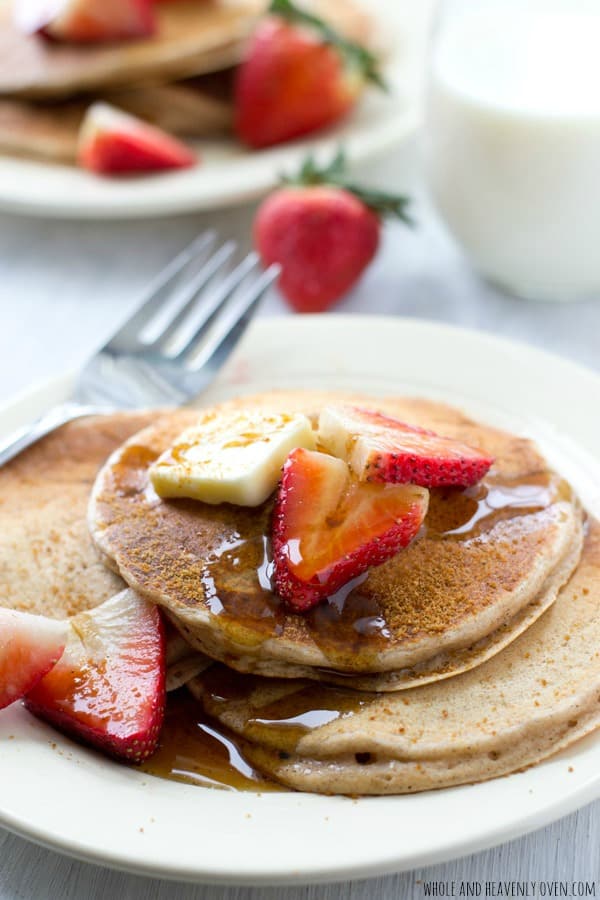 Today’s pancakes are the fluffy of the fluffy. And yes, I firmly believe that they are seriously so fluffy I’m gonna DIE!

Cream of tartar and sour cream are the leading factors behind these pancakes awesome texture. Don’t sub for these ingredients, guys! Combined with the sugary cinnamon flavor, it *almosts* trick your tastebuds into thinking you’re eating snickerdoodles for breakfast.

Seriously, though that is one GOOD-LOOKIN’ stack of pancake heaven. 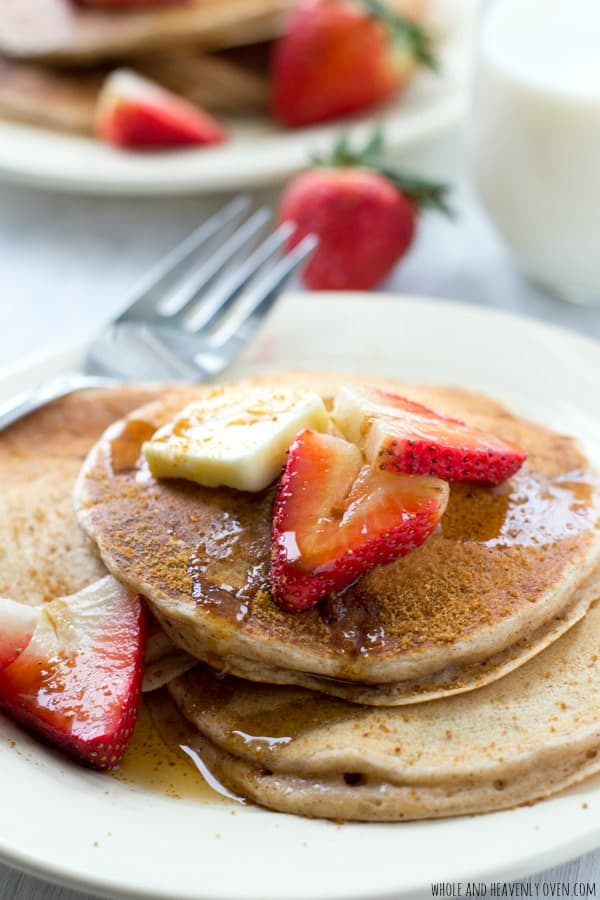 #1 reason why you should make these pancakes TODAY:

Grab those berries if you’re feeling fancy-schmancy, and make sure you have lotsa’ maple syrup ready to drown these pancake babies.

Drowning in maple syrup. Eeek. Sounds morbid, but to tell you the truth I think it sounds like a nice way to go.

Anywhooo, don’t drown yourself in the syrup. Dump the maple goodness on top of a 5-ft stack of snickerdoodle goodness. Sprinkle on the extra cinnamon sugar (yes, yes, yes!) Dig into the cookie pancakes you’ve been dreaming of your whole life. 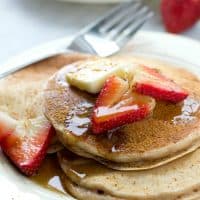 P.S. More insane breakfast madness is coming. On Friday because on Thursday we’re doing chocolate insanity. This week is gonna ROCK your tastebuds. 🙂