These dynamite pancakes combine all the things you love about banana bread and cinnamon rolls into one irresistible stack of pancakes.—You’ve just found a new weekend favorite! 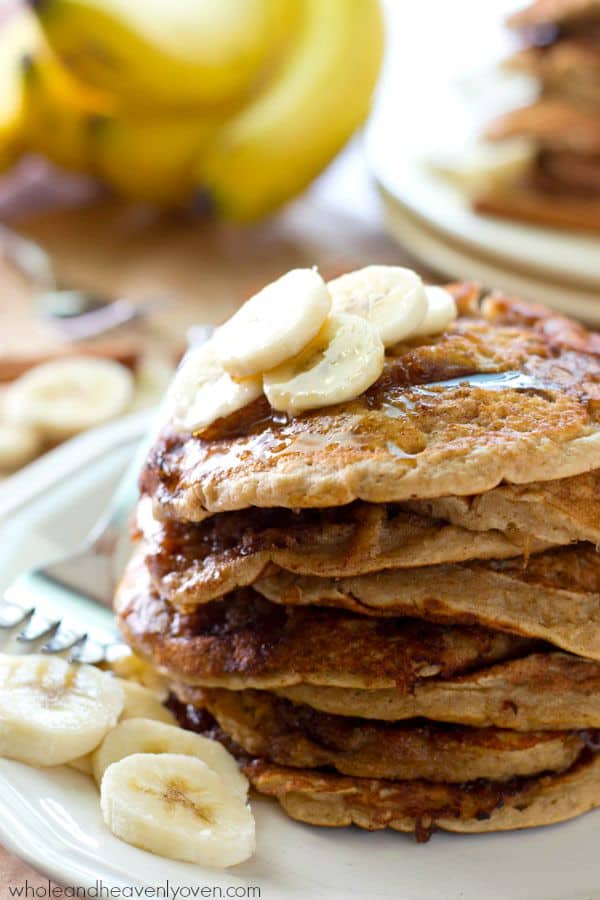 Uh-huh. Three breakfasts all rolled into one. I so went there.

…and the general consensus is…NO regrets.

I mean, a stack as glorious as this could just hold zeroooo regrets. Except possibly the regret that a person didn’t eat MORE stacks. 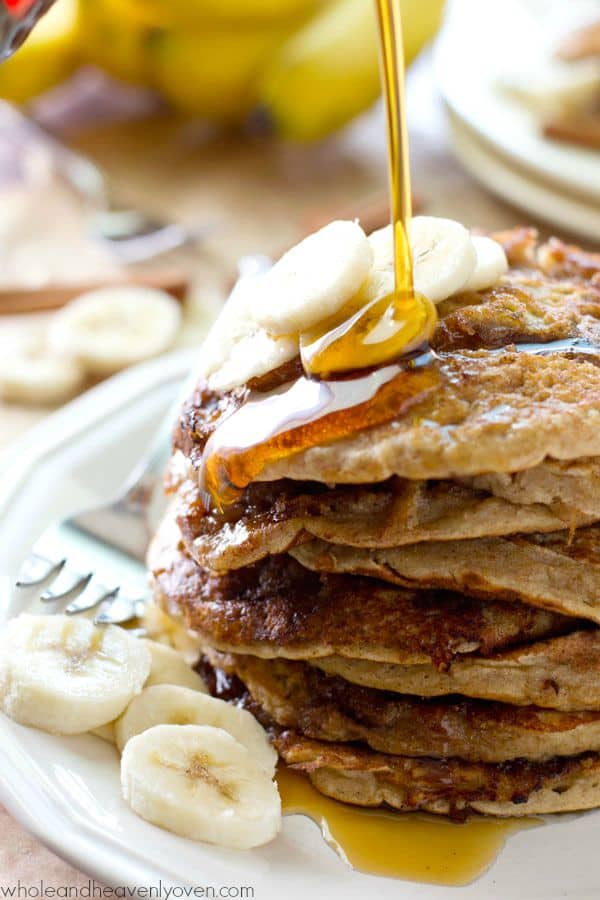 Monday, peeps. It’s callin’ these pancakes by name. Never ignore the call of the pancakes.

I’ve made an executive decision that all weeks need to begin with extra-comforting-for-the-season, hug-yerself-HAPPY breakfast items such as this. —> 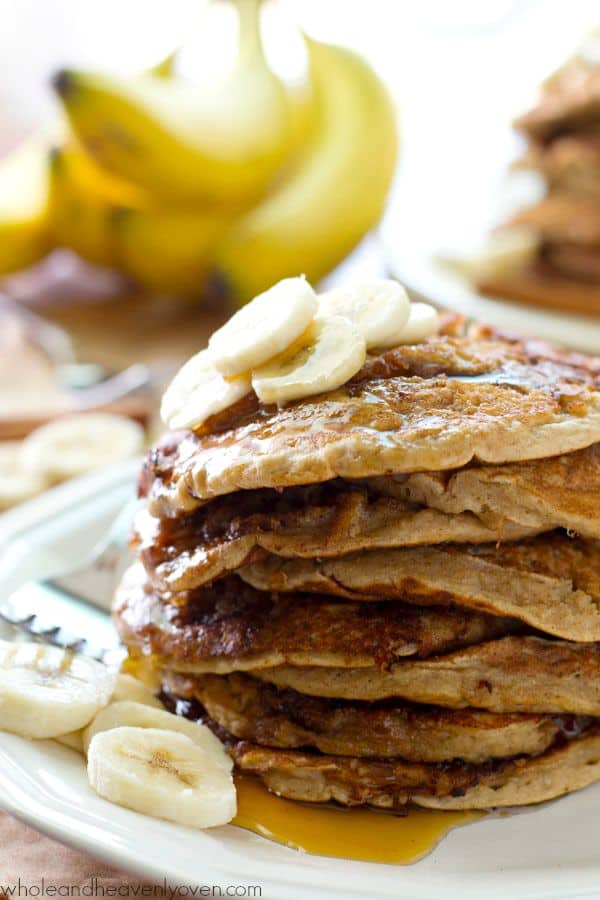 I must warn you though: Pancake freaks ONLY belong here. 😉 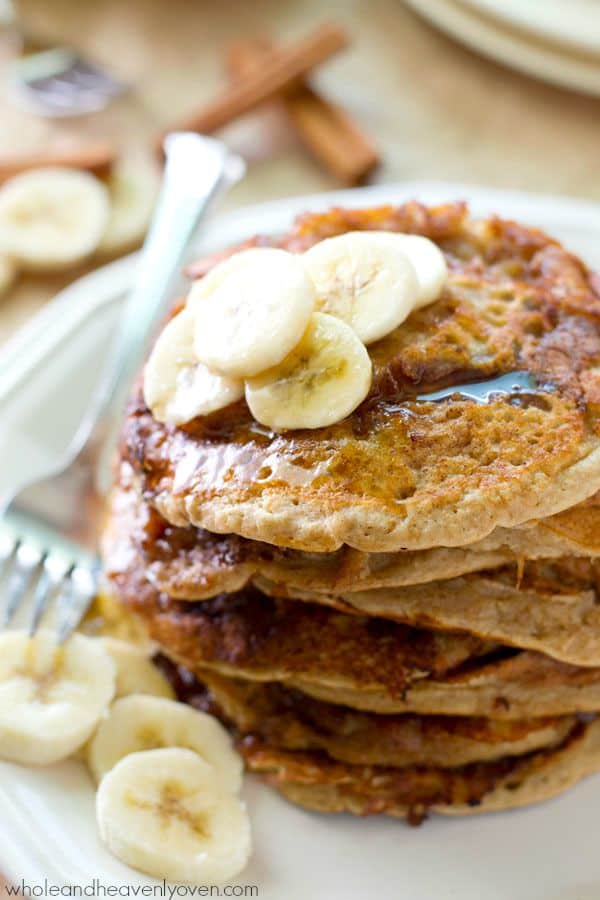 We definitely need to chat about the banana bread part of these pancakes. Like, seriooooously guys! The texture is ultimately-soft and fluffy, inside is jammed with an insane amount of banana flavor… 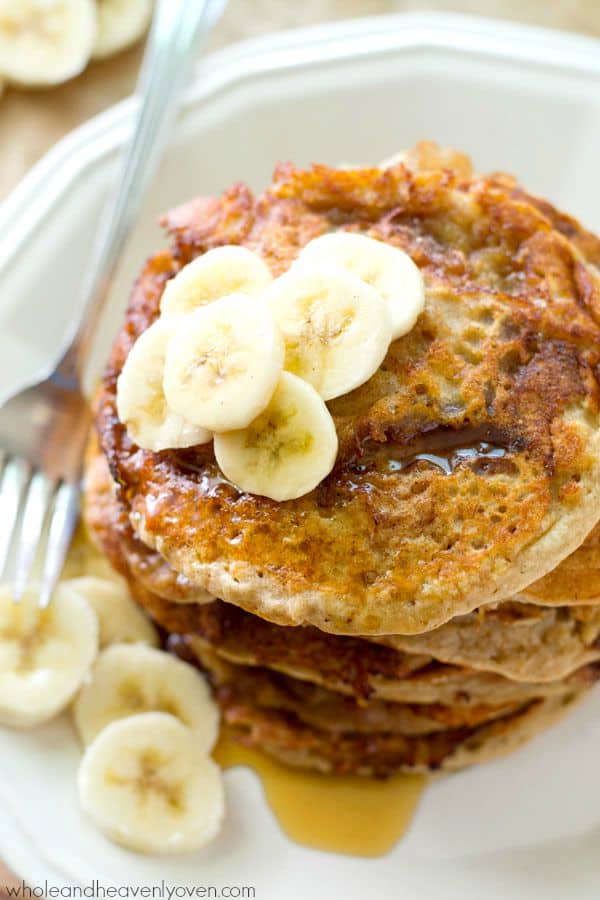 The cinnamon roll swirl is composed of three things: Melted butter, sugar, and cinnamon. All whisked up and swirled on top of the banana bread pancake batter while they cook. Yeah, TOTAL health food I know… 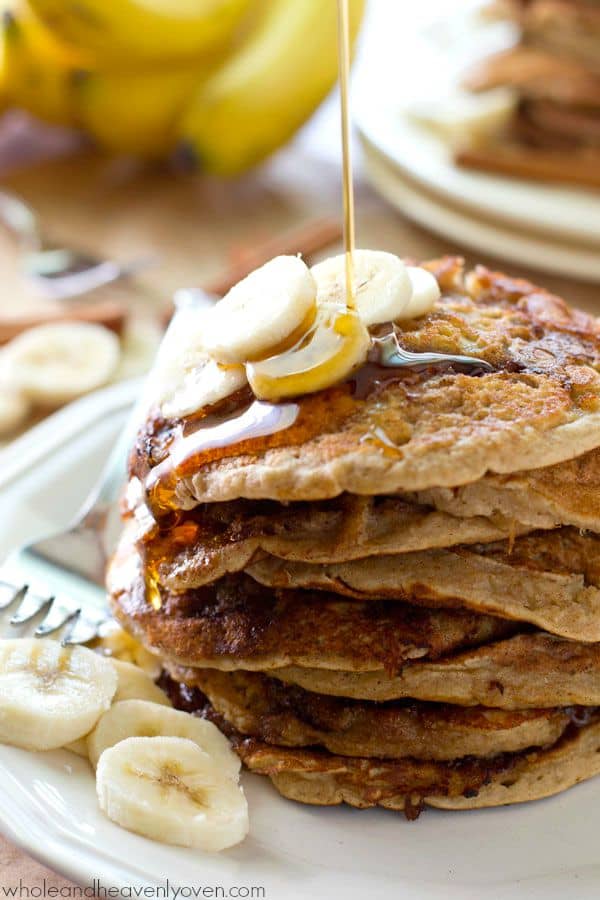 Heaaaaalthy-ness! I mean, the white whole wheat flour and tons banana goodness balances out the not-so-light stuff like cinnamon roll swirls, and such right??

As you can probably guess, it’s kinda all worth it in the end.

Like, these are totally 10-million dollar pricetag pancakes. Diets can wait til tomorrow. Or maybe next week? More pancakes are destined to happen before then anywaaayz, so you’re just delaying the inevitable. 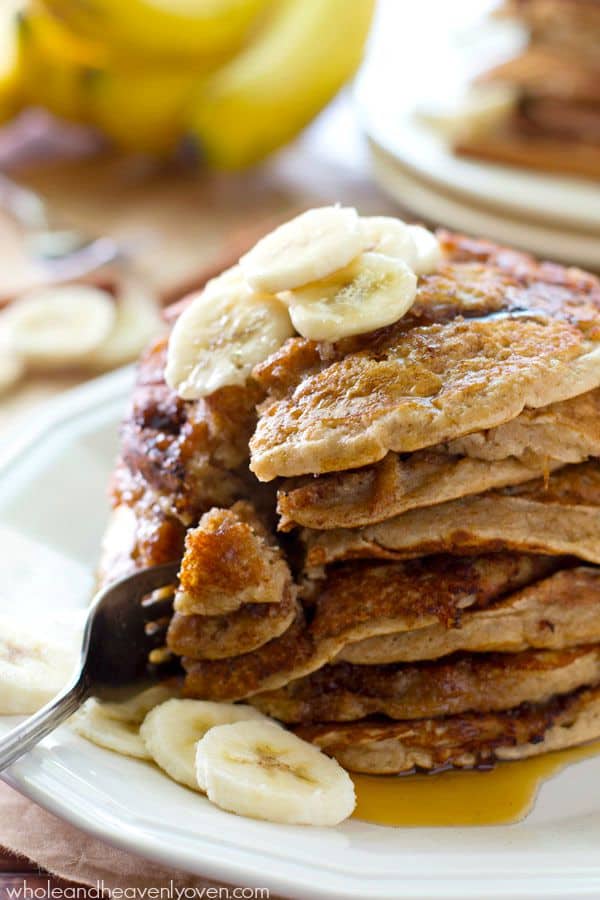 Which is of course, MORE and more pancakes. Basically just until you’re all pancake-ed out.

That’s gonna be sometime NEVER, by the way. 😉

Pinch me, guys. I think I’m in the middle of an insane pancake dream. 😉 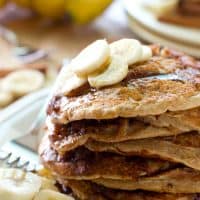 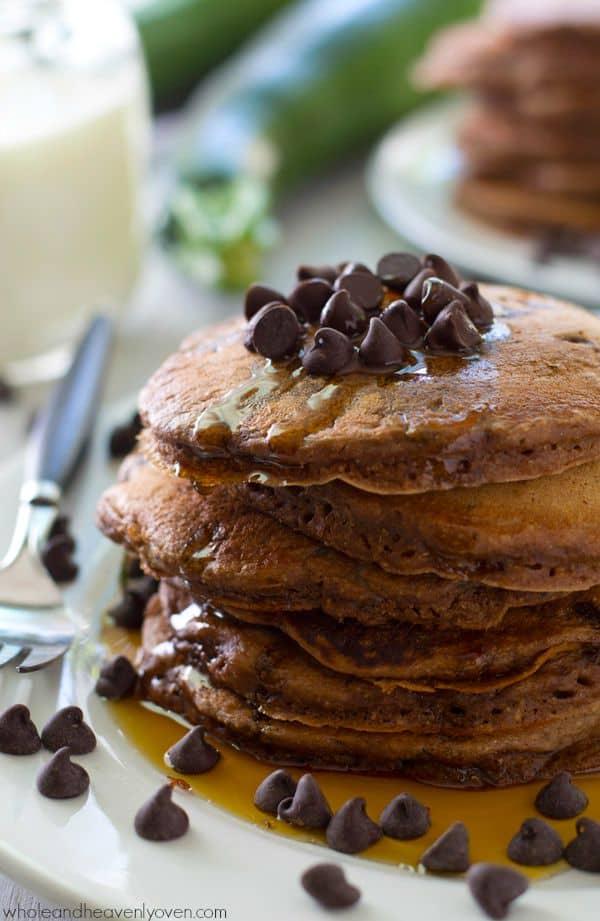 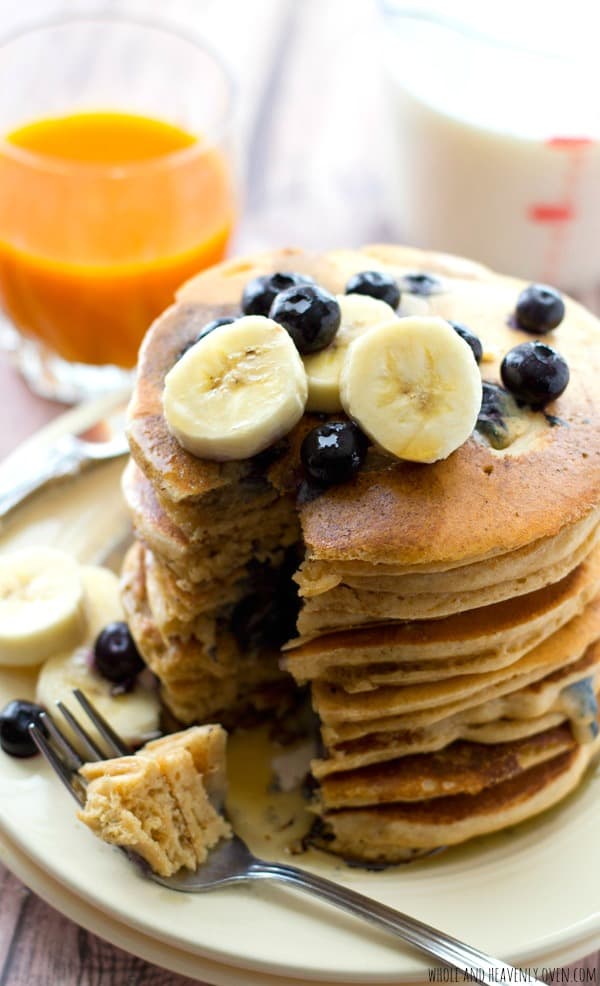