Penne sausage alla vodka has never been easier to make at home! Ready in 30 minutes with minimal work and TONS of cozy, comforting flavors. 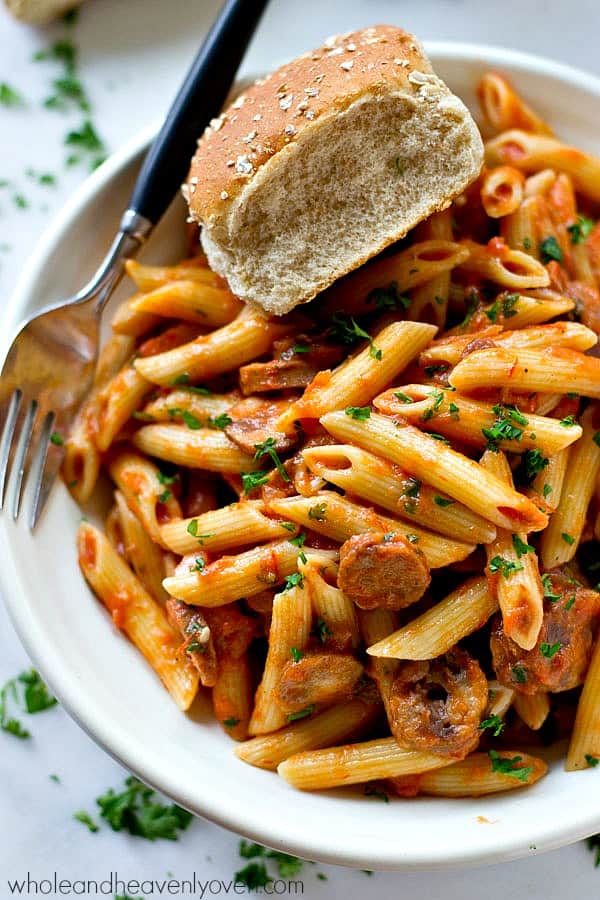 Yaaaaay! Booze and carbs hanging out in one pot! You and I so know how to tackle a Thursday the right way.

But really, guys. Is this not perfection in a pot? 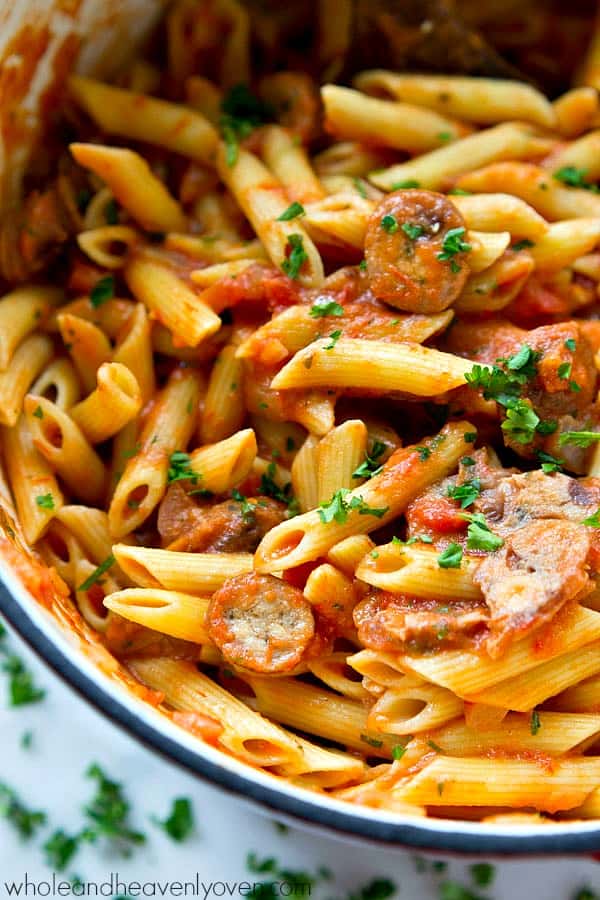 Sidenote: totally loving every single thing about my new dutch oven. Thank you, Cyber Monday!! Also my wallet is crying and so am I because that is definitely not the only thing I bought. World Market is evil, guys. Just ‘sayin.

We should probably talk about the FIRST thing I christened my dutch oven with. A big pot of penne sausage alla vodka.

I mean really, even the the name sounds super-cool and fancy. Ooh la la. 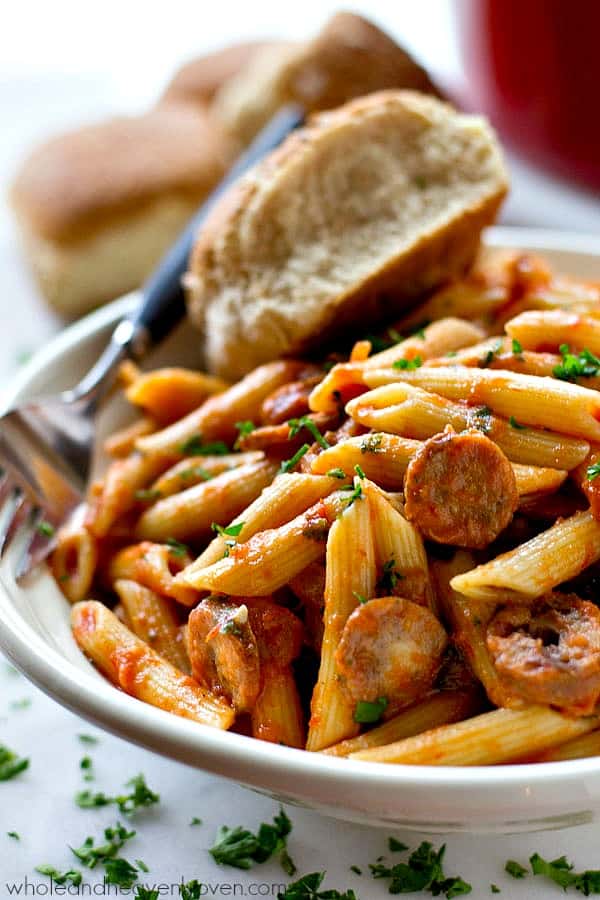 So have I ever told you guys what it’s like to feed a family that’s pretty much hooked on spaghetti in all shapes and forms? And I mean seriously, it’s like a food group in itself in my family and I’m pretty sure they would lose their mind if it wasn’t on the menu weekly. Anyway, since spaghetti night is sorta a once-or-twice-a-week kind of tradition around here, I’m always racking my brain trying to think up ways to change it up a little bit.

So what you’re seeing today maaaaaay be the end result of the best spaghetti idea I’ve ever had. 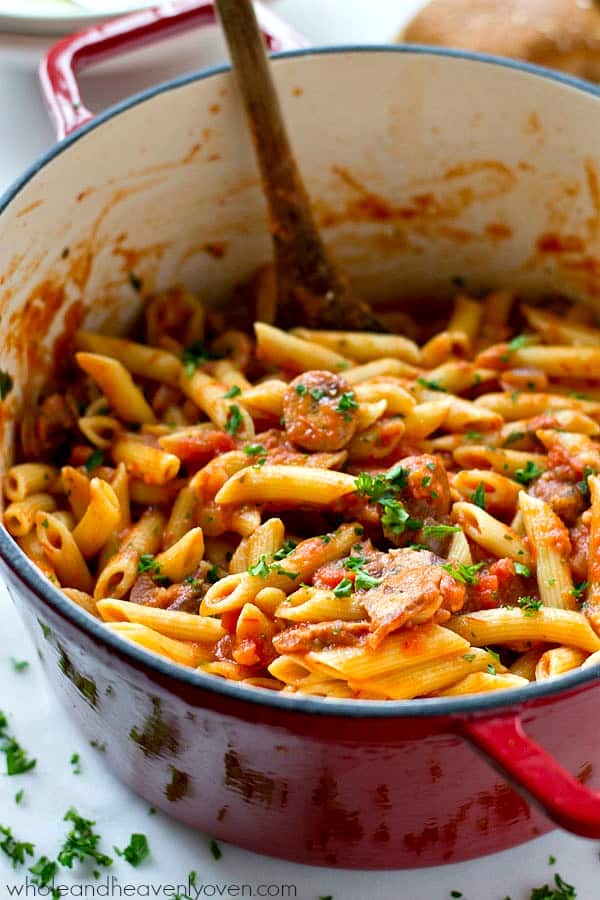 Okay, granted I did NOT invent penne alla vodka, but, but! I did throw sausage into the pot making everything an entire meal-in-one. I also scaled the usual hours-of-sauce-simmering time down to only 30 minutes flat, so that’s GOTTA count for something.

Also you should probably know that the fam approves of penne sausage alla vodka. They said so somewhere between second and third servings. 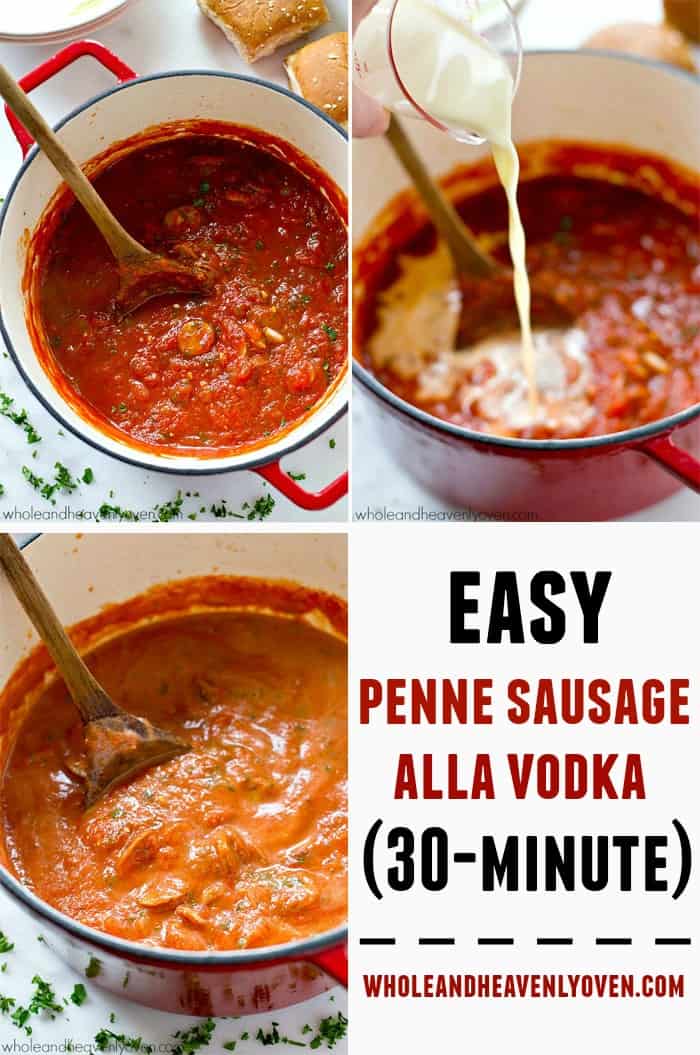 And I definitely approve of the ease and all the comfort loaded inside. With finals going on both this week and next week, I definitely need TONS of easy comfort food up my sleeve. And Kleenex and coffee. Just the staples.

Who’s ready for some down-home Thursday-night comfort food? It is so on. 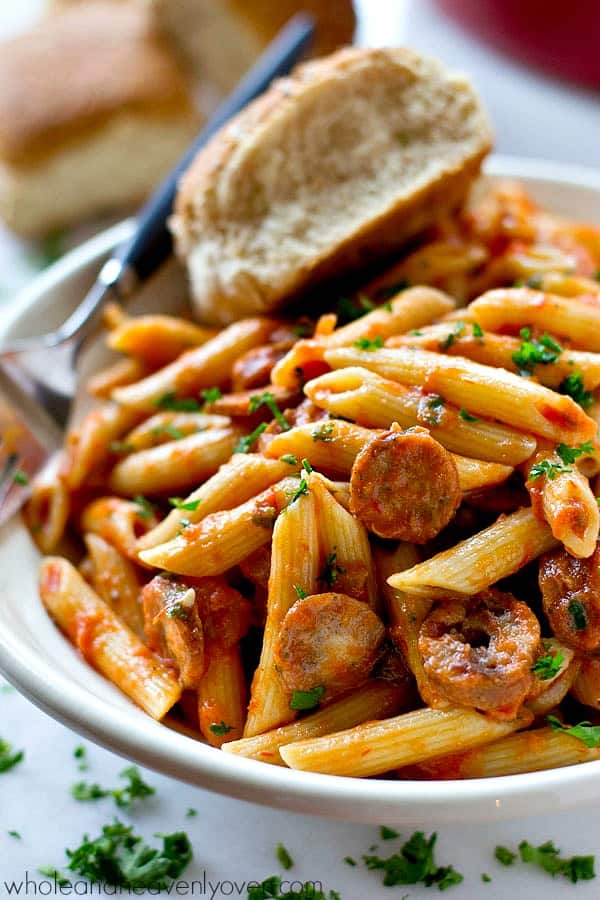 Last tip: Make sure you have lots of bread on standby for soaking up all the subtlety-boozy sauce with. Yeeeeees, that’s the only way to go! 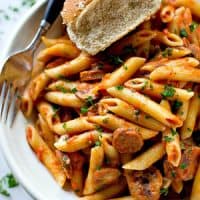 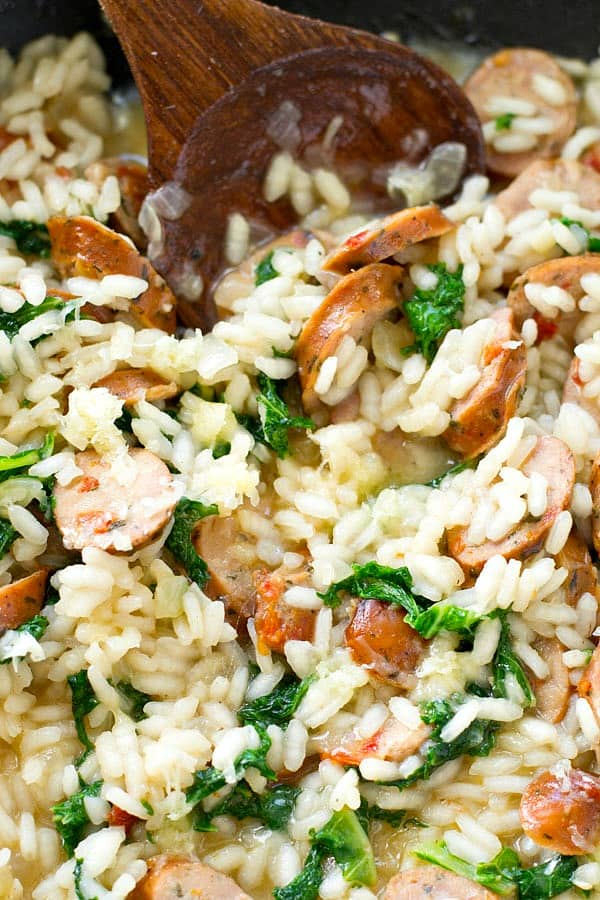 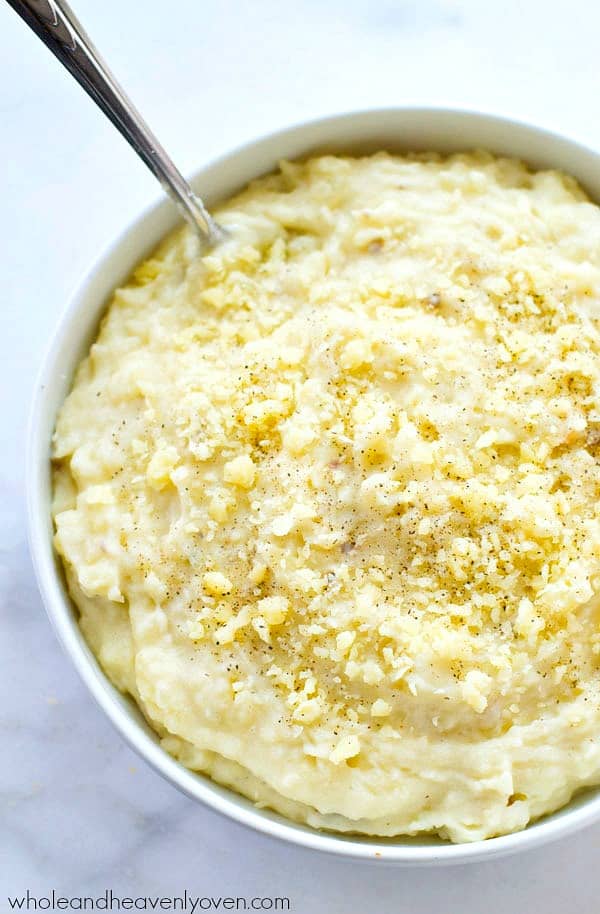