A flavorful greek marinade and plenty of zesty homemade chimichurri sauce take these grilled chicken tacos over the top in summer flavors! These tacos are so easy, they’ll have a permanent spot on your dinner menu! 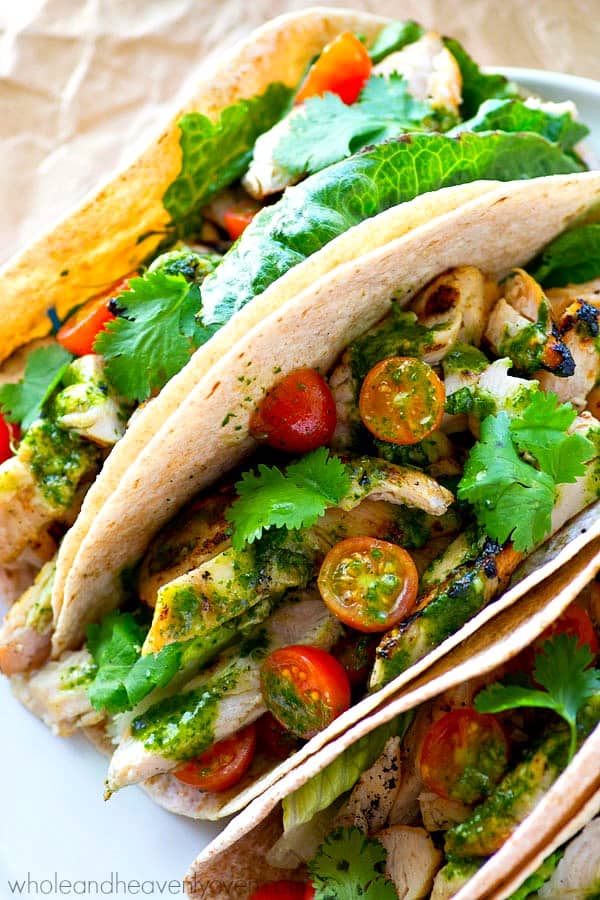 So I’ve come upon a recent realization that chicken tacos are just a good way to Monday.

Any thoughts or opinions disagreeing or differing from that statement? I didn’t think so. 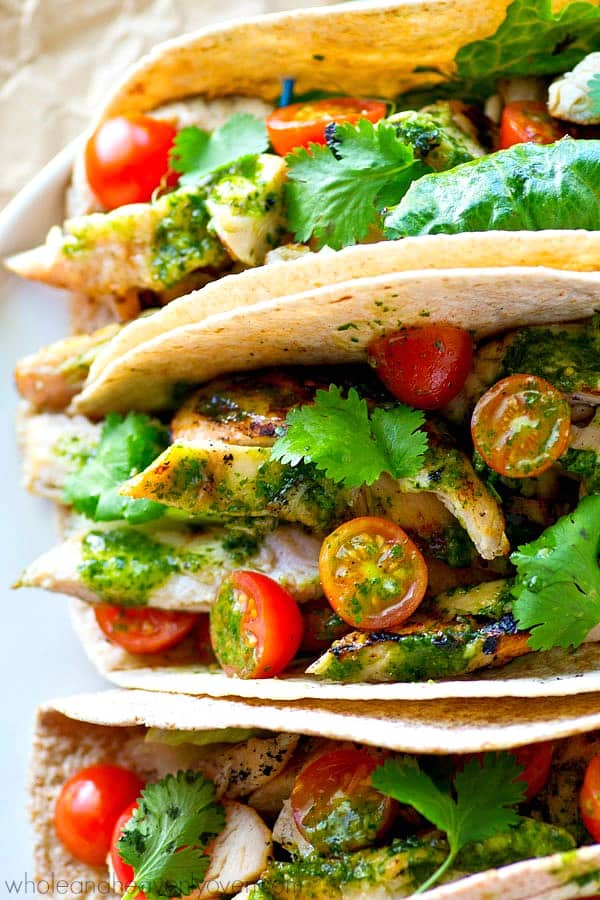 When in doubt, guys…taco a Monday. You’ll be glad you did because obviously you’ll be in the taco mood and all set for the actual weekday set aside for tacos which is taco Tuesday.

Make sense? To be honest, it sounded a lot more reasonable in my taco-possessed mind. 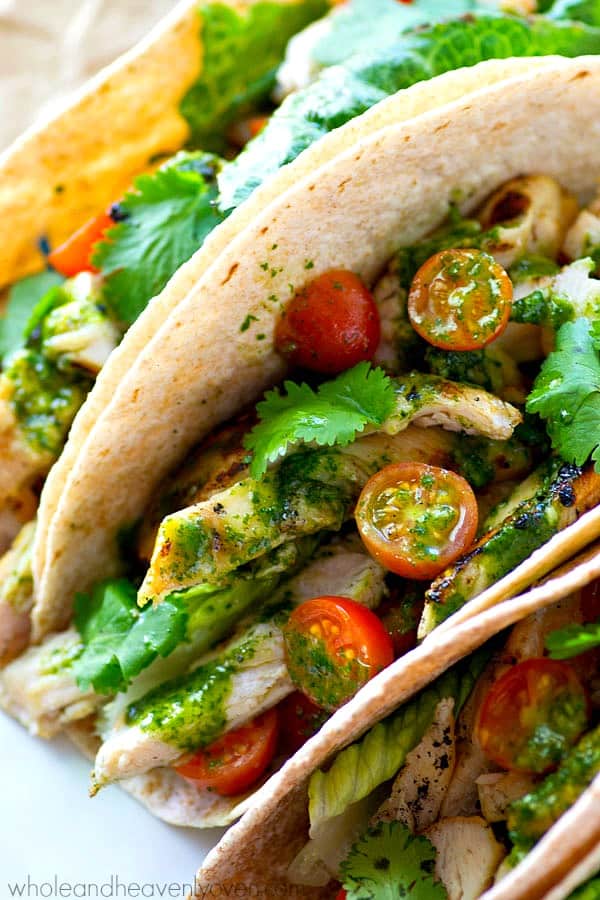 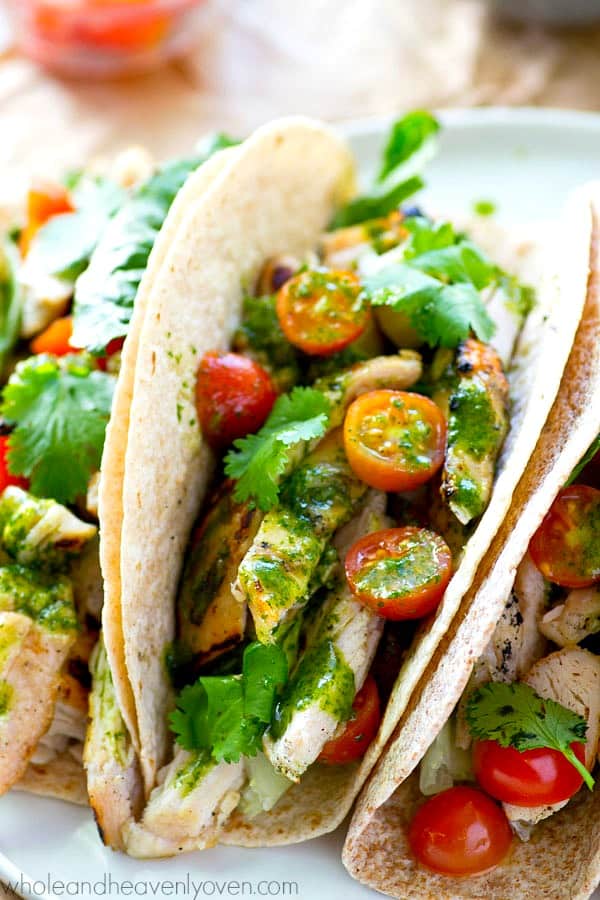 In other exciting Monday news…it’s time for another dinner series, y’all! Our theme for this week spotlights a cooking method that I’ve been doing literally every.dang.day for the past three weeks. Give up? It’s grilling, guys. This week’s dinners are ALL about that glorious summer thing called grilling.

Psssst…how convenient is it that this particular dinner series coincides almost directly with Father’s Day next weekend?? Nearly all dads are grill masters right?? Or strive to be?? That’s going to be a total deal breaker when I meet my guy someday. He’s gotta know his way around a grill. ??? 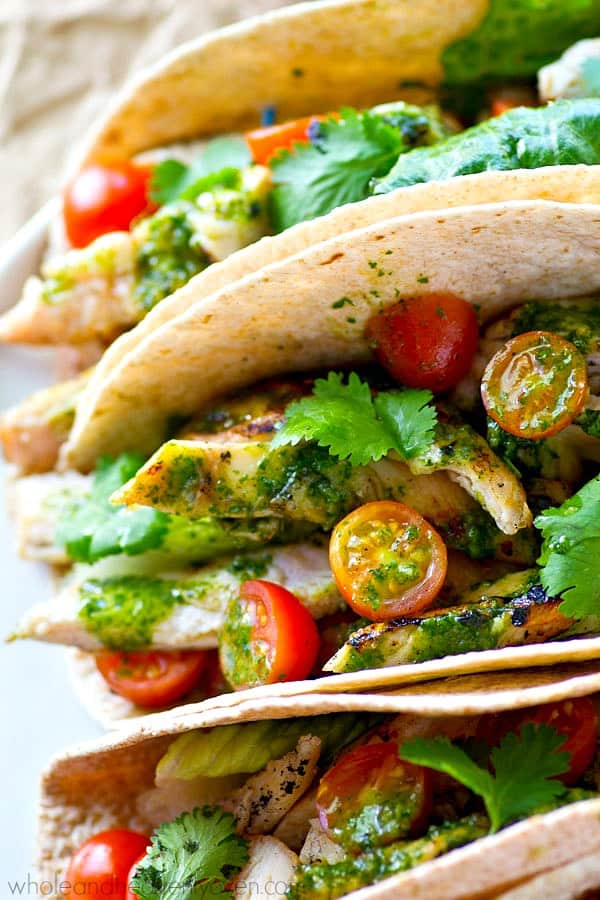 So to all you awesome dads or wives of dads who want to get their guys to cook…you need to hang with me this week.

First on our grill agenda…obviously chicken tacos! But that’s not all…we’ve got all the big flavors covered today. —> 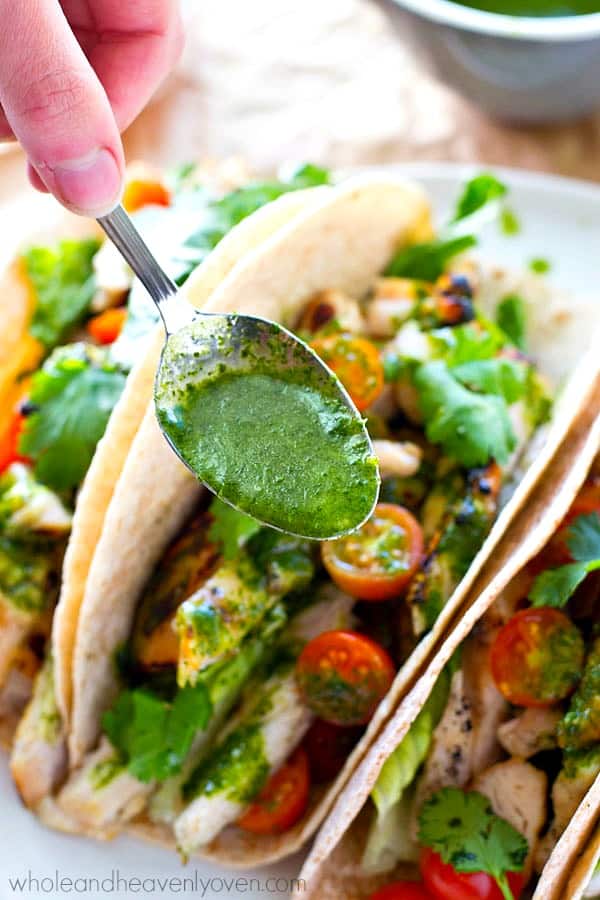 The best math problems are those that equal a taco. <<< TRUTH.

Seriously. The amount of explosive summer flavors in these tacos are going to knock you on your knees.

And I know this probably goes without saying, but MERCY, that chimichurri sauce is positively spoonworthy. I know this based on speculation and nothing more.

Your Monday mission has commenced. Go forth and taco!! 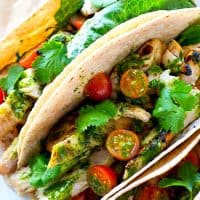 The taco insanity doesn’t have to end here. Try these pulled beef tacos next!! 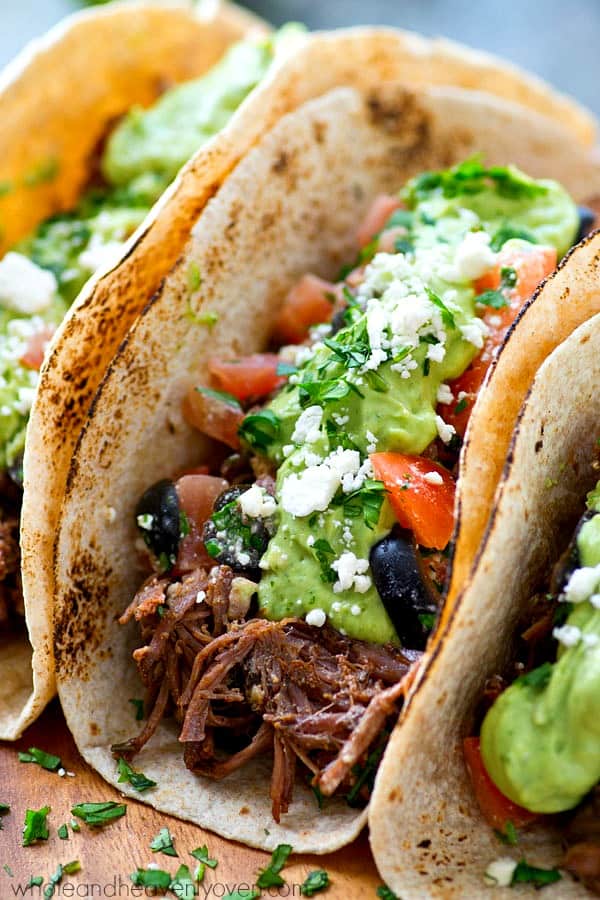