Take that weeknight mac ‘n’ cheese up a notch! This skillet mac ‘n’ cheese is smothered in a flavorful roasted red pepper cheese sauce and loaded with tons of sliced sausage. 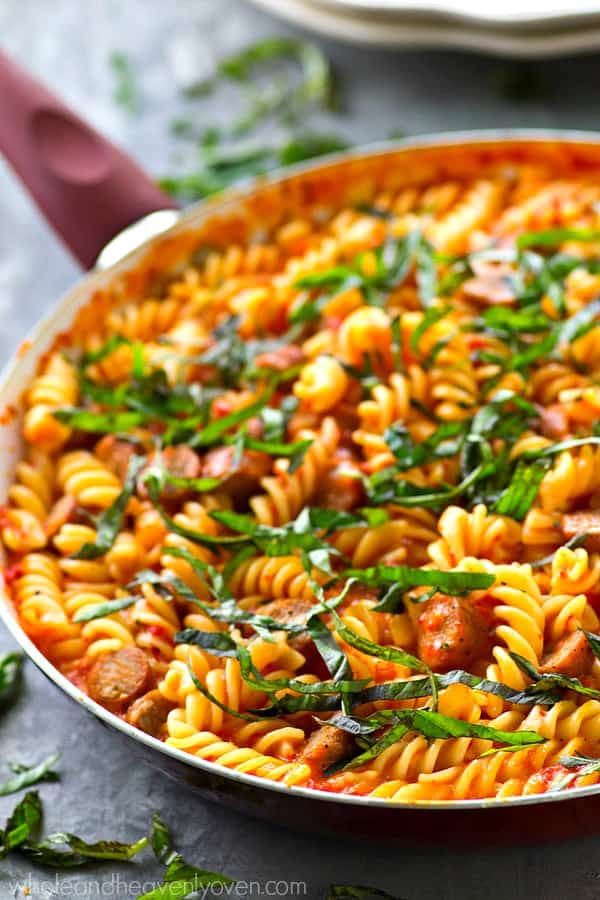 That part would involve being covered in roasted red pepper cheese sauce, loaded up with sausage, and packed into your heavy duty-est skillet. 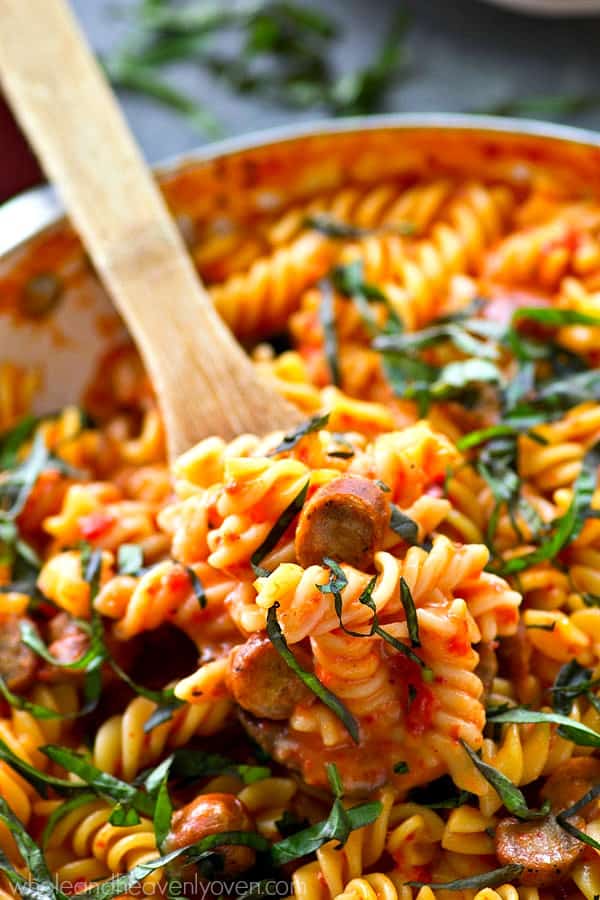 Also advisable that you left those diets at home where they belong. This mac plays no games. 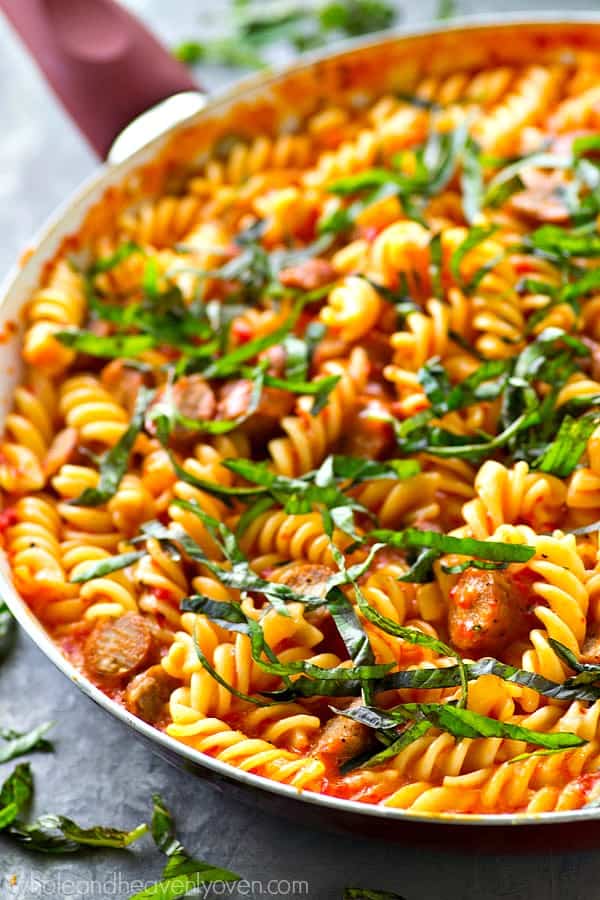 Okay, so I’ll be brutally honest here and admit that this mac is NOT your average mac-outta-a-box. It’s a leeeeeeeettle on the gourmet/fancy-schmancy side of things, but don’t let that scare you away.—it’s about as EASY as any skillet dinner could get. It’s pretty darn tasty too if that counts for anything.

The sauce is your basic run-of-the-mill mac ‘n’ cheese sauce, only we’re taking things up an extremely delish notch. —-> Observe. 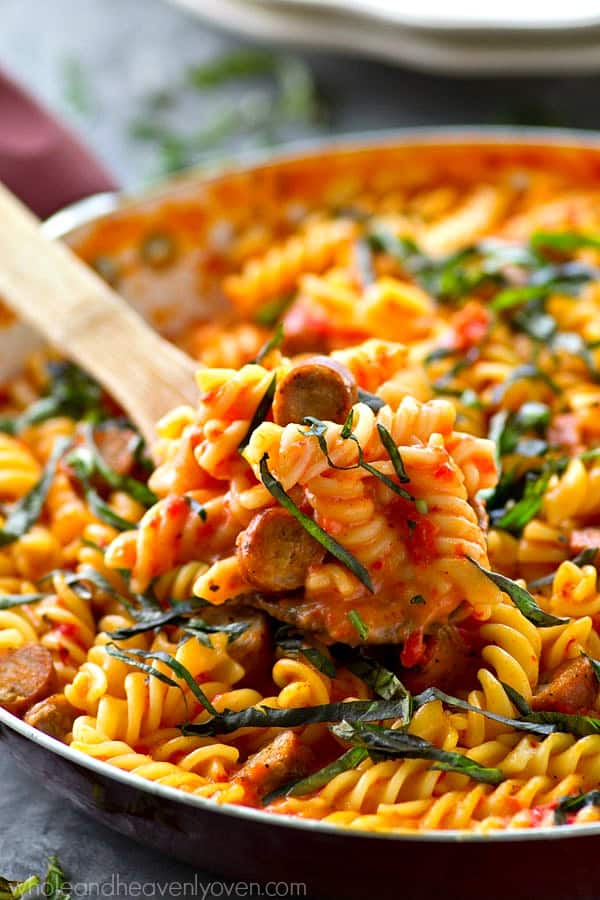 Pureed roasted red peppers get whisked into this beautiful mess, sausage gets thrown in, pasta joins the party and the skillet mac ‘n’ cheese angels are officially a’singing.

And I’m over here face-diving into the skillet which is all mine, but I’m sure you already assumed that. 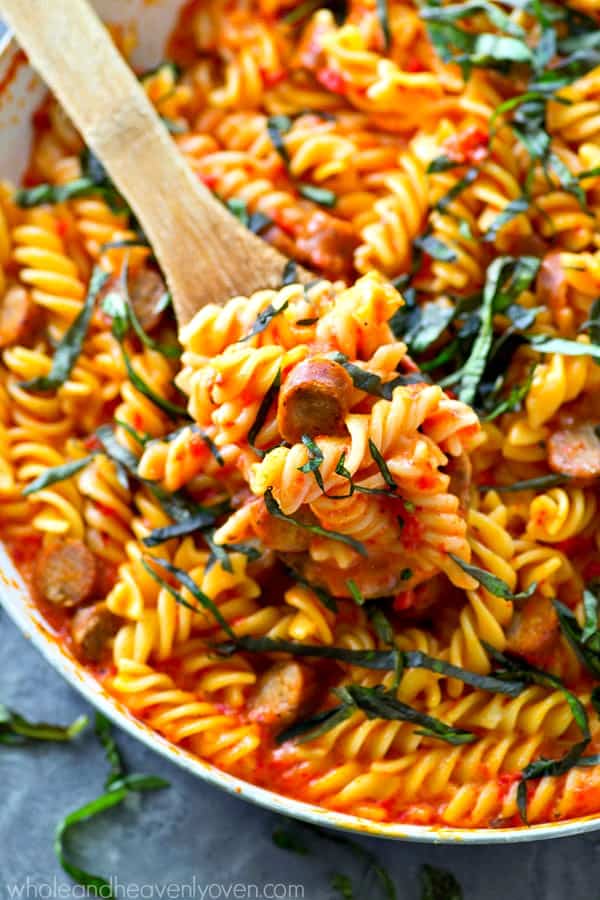 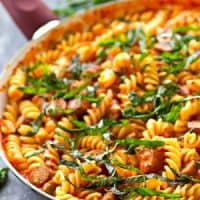 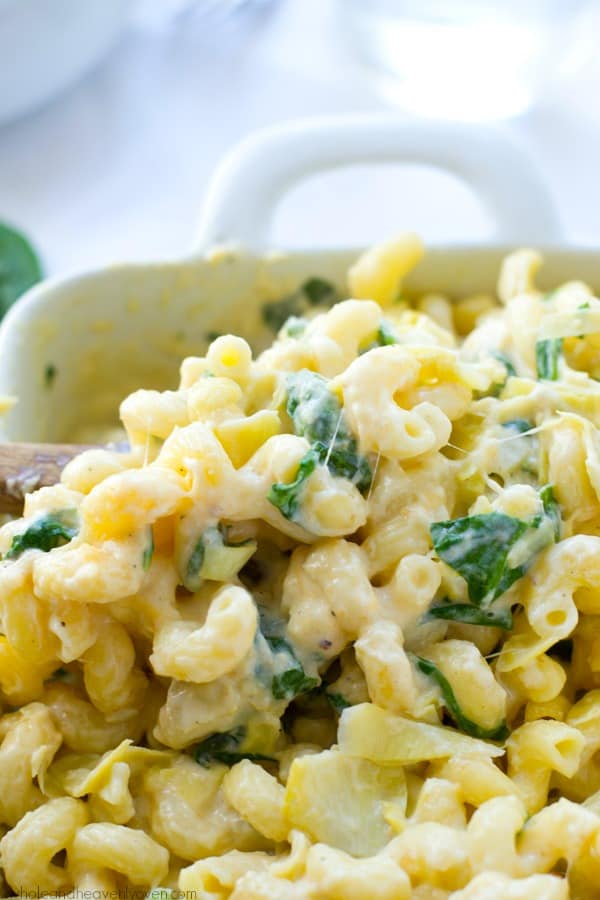 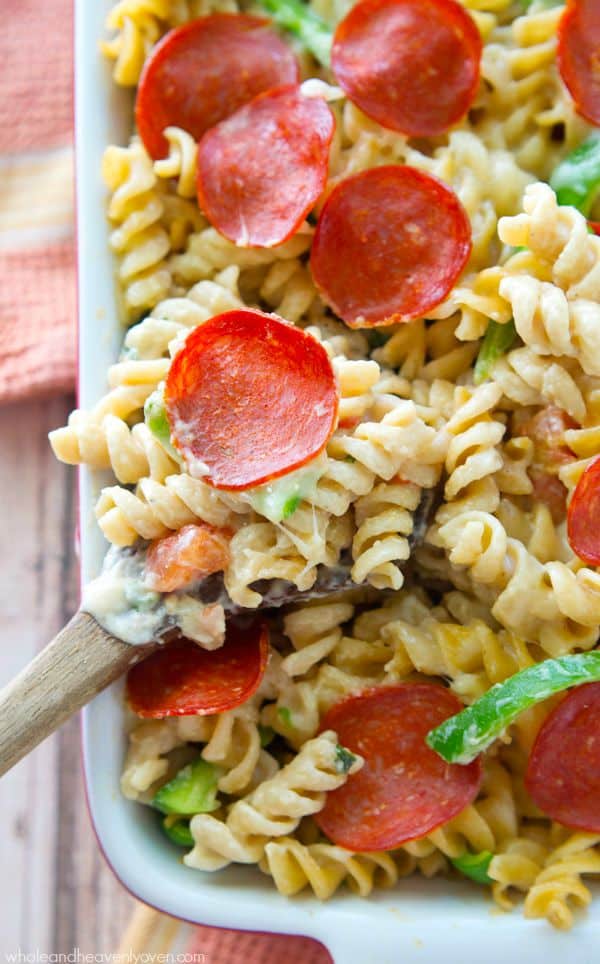