Peanut butter and apples are a killer combination that you won’t want to miss out on in this insanely-good apple crisp! Serve warm with lots of whipped cream or ice cream. 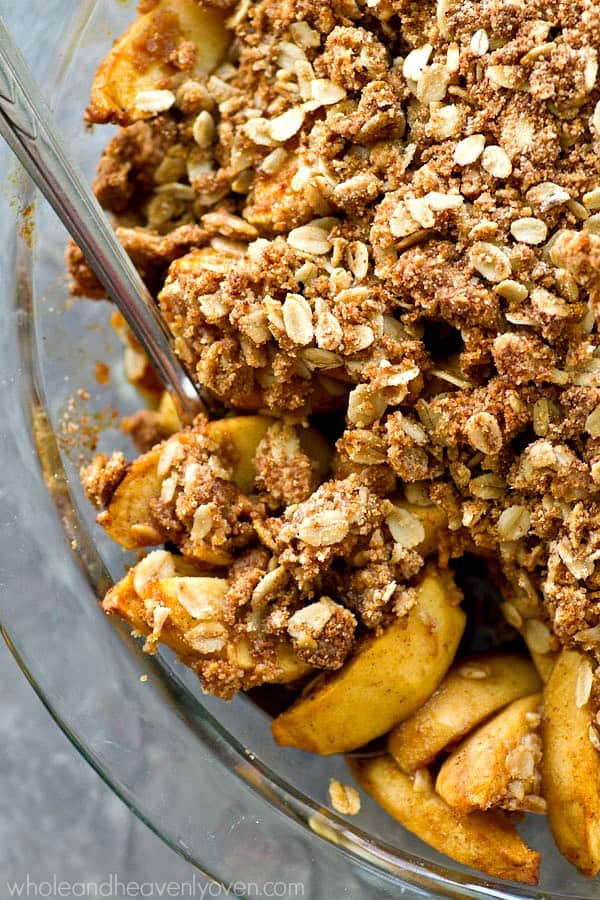 I’m strongly considering eating these apple crisp leftovers for breakfast, y’all. I figure we might as well jump straight into the confession portion of today’s post. There’s always one…

Although, in my defense, can you even blame me for being smitten with apple crisp enough to want it for breakfast? The way I see it is that it basically covers all the basics of a Friday morning. 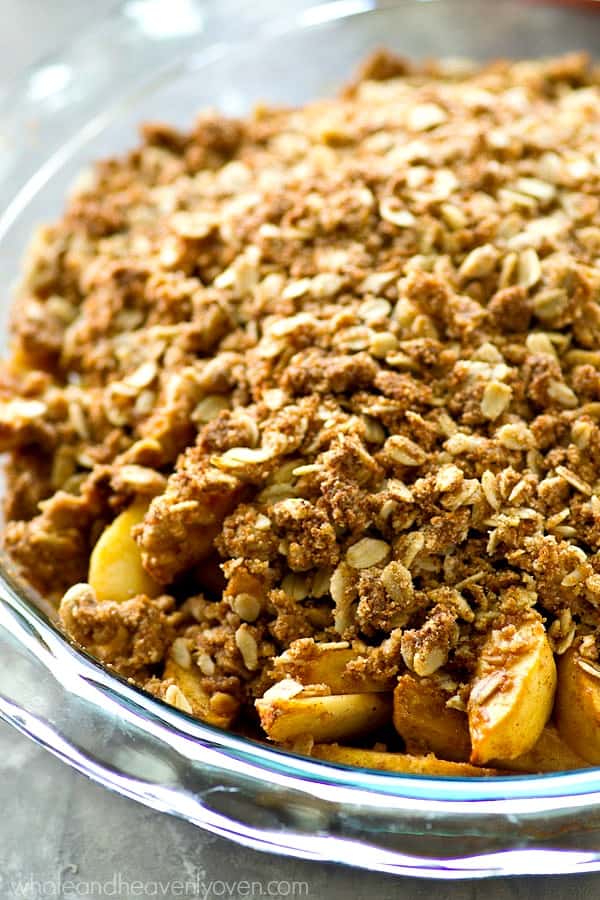 And we all could use a little more Friday spirit. Always.

Okay, so we need to have a not-so serious talk about this apple crisp wonder, you guys. And I say not-so serious because it’s SERIOUSLY the easiest + the funnest dessert you’re ever gonna make this fall. Cross my heart, hope to die, shove an apple in my eye. 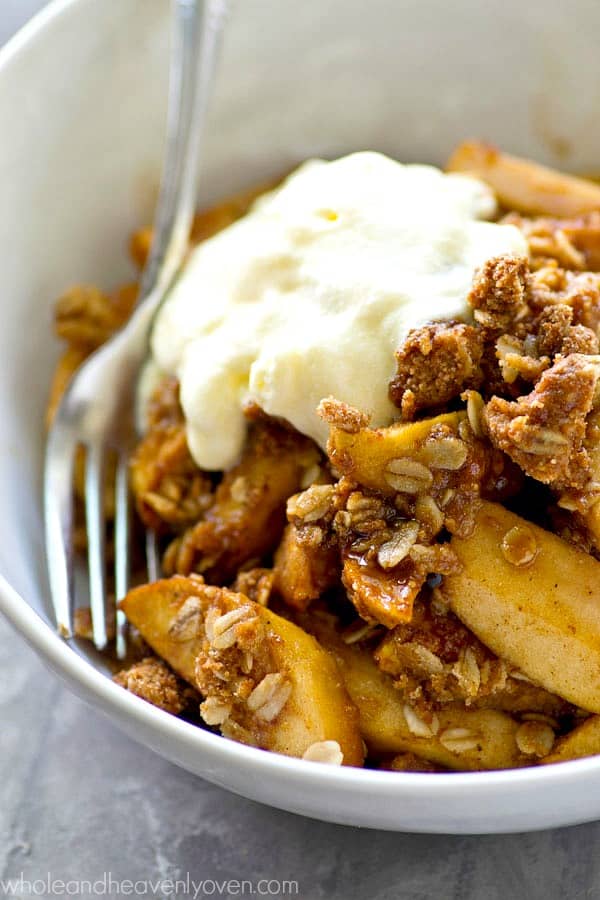 First of all, the combo itself: I always knew deep somewhere in my soul that peanut butter and apples were actually meant to be soulmates forever. And now they officially are and we’re actually attending the most glorious apple crisp wedding EVER right now, y’all.

See, here’s the deal: We make our own simple spiced apple filling. Only a handful of ingredients and that’s it. But then comes the game-changer which we ALL should know by now is streusel. Peanut butter streusel this time around, y’all. Hold.Me. 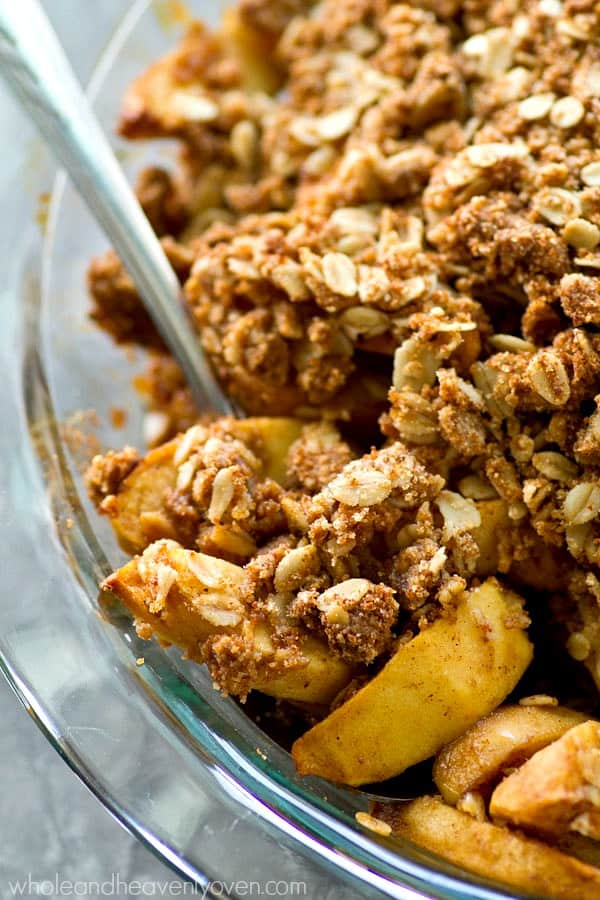 Said peanut butter streusel gets piled rather heavily on top of the apples, then the whole thing takes a trip to the oven, and shortly later a one-way trip to my face.

But not before whipped cream gets piled into every.freaking.crevice of peanut butter apple crisp perfection. 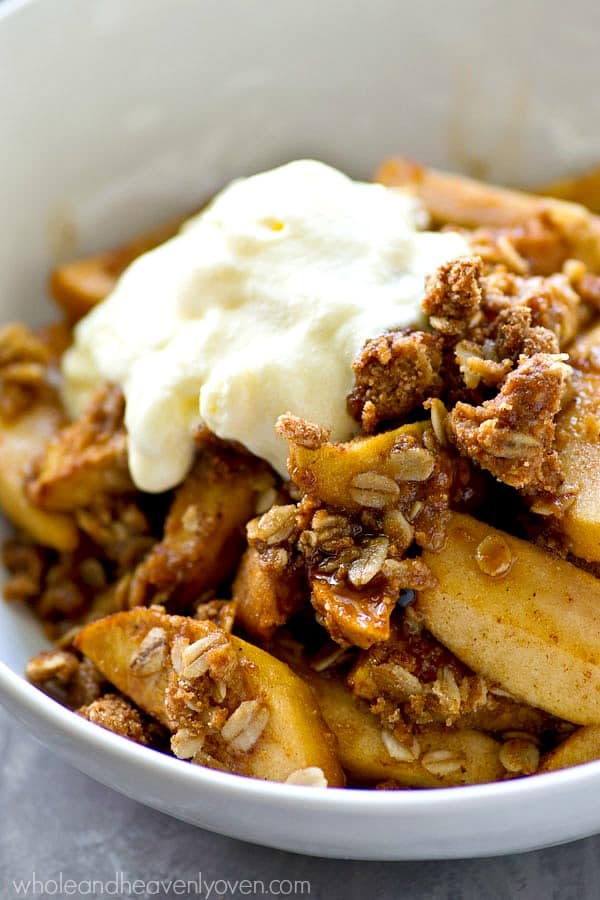 While we’re on this same subject, guys…which do you prefer? Vanilla ice cream or whipped cream  adorning your crisps/cobblers? Dare I even bring up the words “eating it plain?” I’m obviously a whipped cream kind of girl while most of my family is on the vanilla ice cream train, and then there’s the weird boyfriend who prefers his plain.

Don’t even know what’s up with that. Like I said…weird. 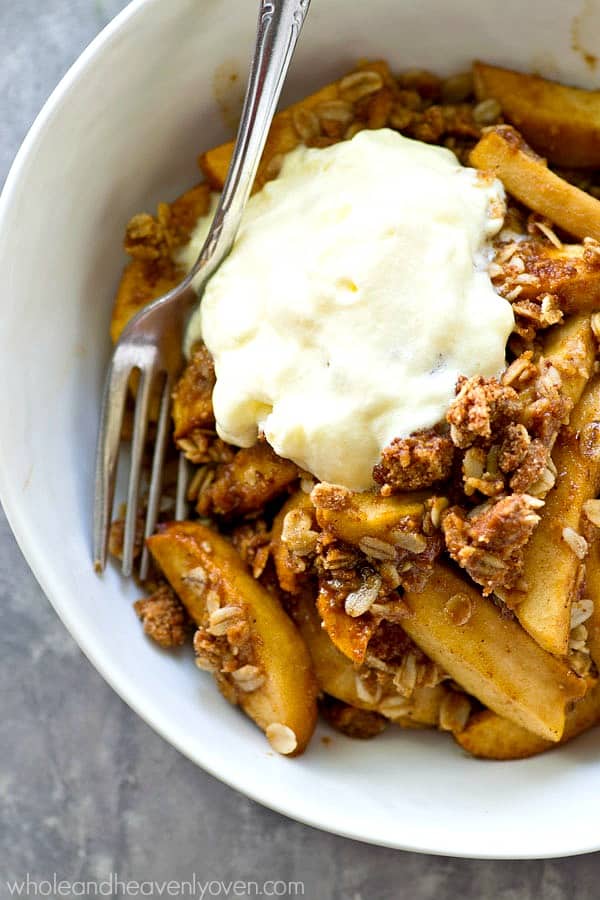 However you choose to stuff your face with this apple crisp, please know that it will be a joyous experience any/every way.

In fact, feel free to experiment with multiple bowlfuls until you find your apple crisp jam. <<<<— 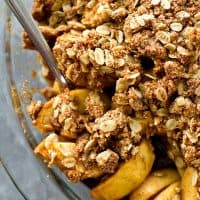