This cozy spaghetti squash bake is loaded with three kinds of cheese and tons of tender broccoli and chicken. You won’t even believe it’s so easy to make AND healthy for you! 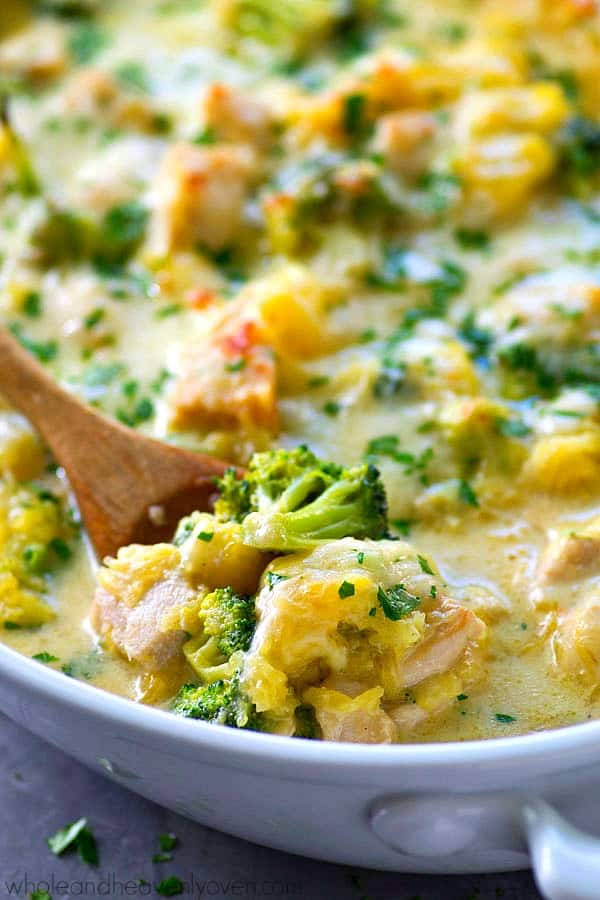 Hi, guys. Meet the new-and-improved/the only way you’re gonna want to eat spaghetti squash from here on out to forever.

It definitely didn’t get “squashed” on it’s way down from heaven though, you guys.

K, that one was bad. Please stop cringing and I’ll do the same. 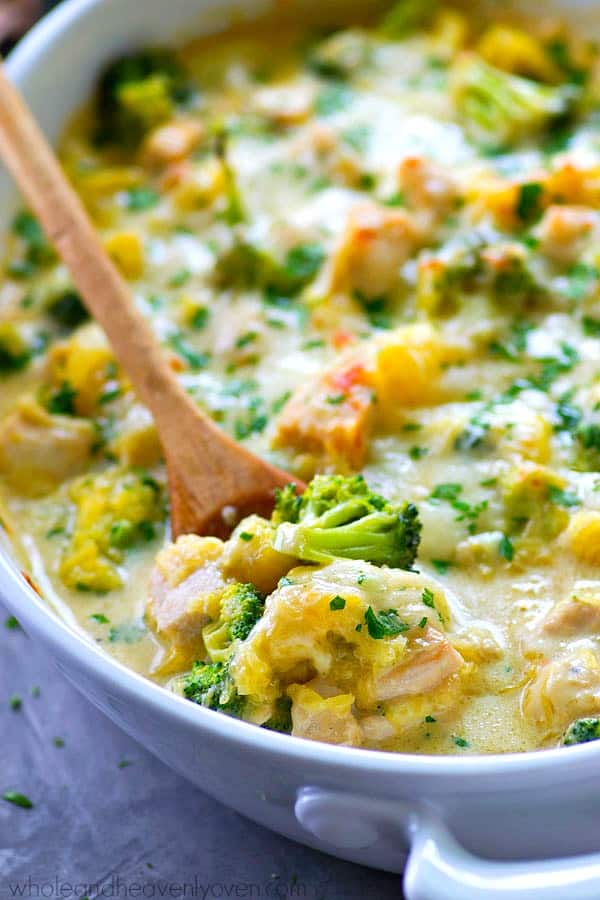 Okay, so basically you guys, this is a casserole full of hopes and dreams. It’s not actual carbs, which kinda puts a damper on things since cheese + carbs go hand in hand, but trust me on this: you’re not gonna NEED the actual carbs because spaghetti squash does it’s job like a dang pro. 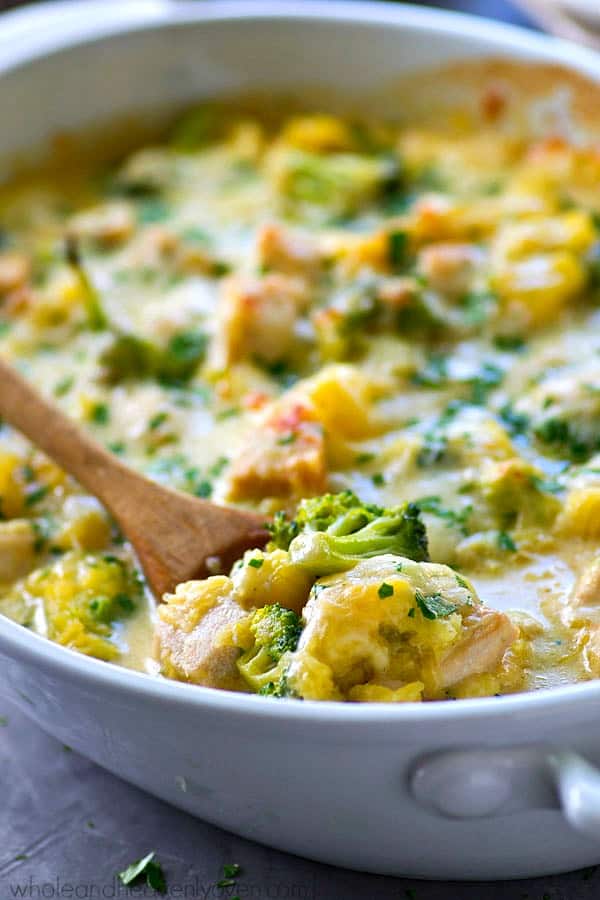 Lookit’ that stretch of cheese perfection. Don’t even deny that you’re not drooling. 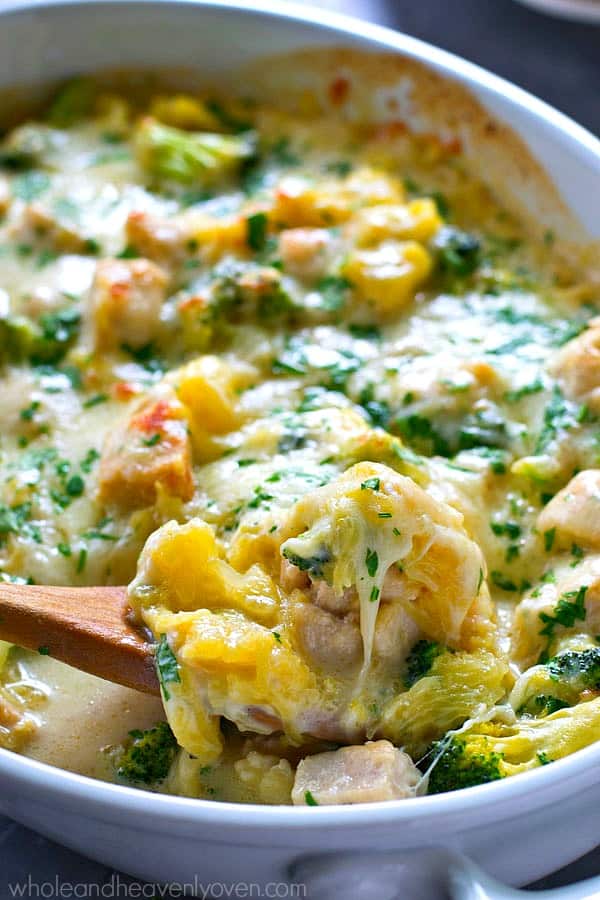 Don’t even deny the fact that you don’t feel inclined to hop into your car right now and go buy out your nearest grocery store of all the spaghetti squash you can physically carry.

I haven’t done either of those things EVER, so I wouldn’t know, I guess… 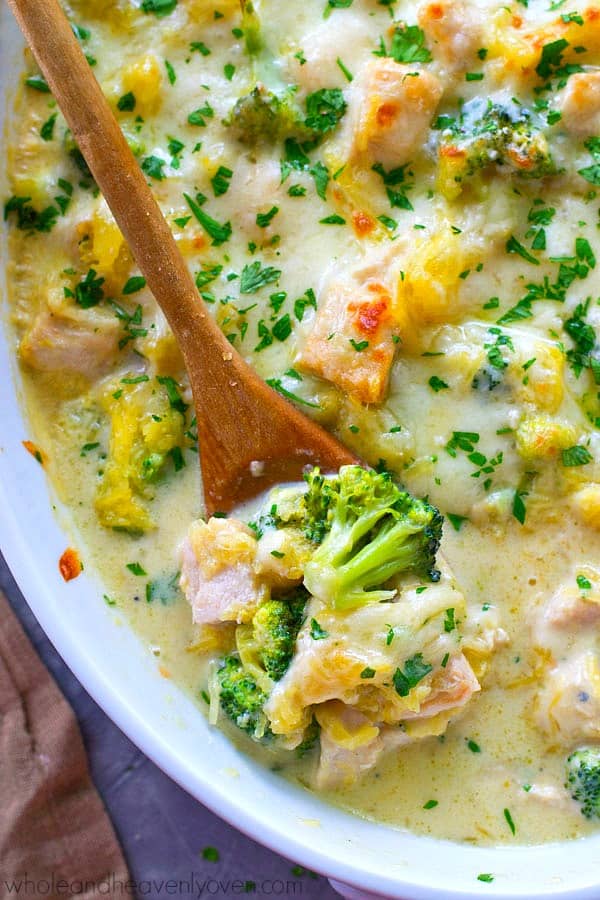 Although if we’re being honest here, all that gooey cheese currently all up in our faces is becoming a problem for me. I want this spaghetti squash for breakfast is the gist of it, guys.

If anyone asks…you saw nothing. Shhh….. 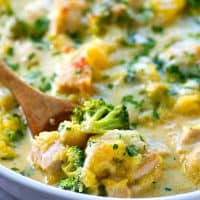 This cozy spaghetti squash bake is loaded with three kinds of cheese and tons of tender broccoli and chicken. You won't even believe it's so easy to make AND healthy for you!
Cook Time 1 hour
Total Time 1 hour
Servings 8 servings
Calories 230kcal