Ready for the ultimate one-pot dinner? This Cajun chicken pasta alfredo is unbelievably simple to throw together and absolutely the best kind of comfort food.— It’s on the dinner table in only 30! 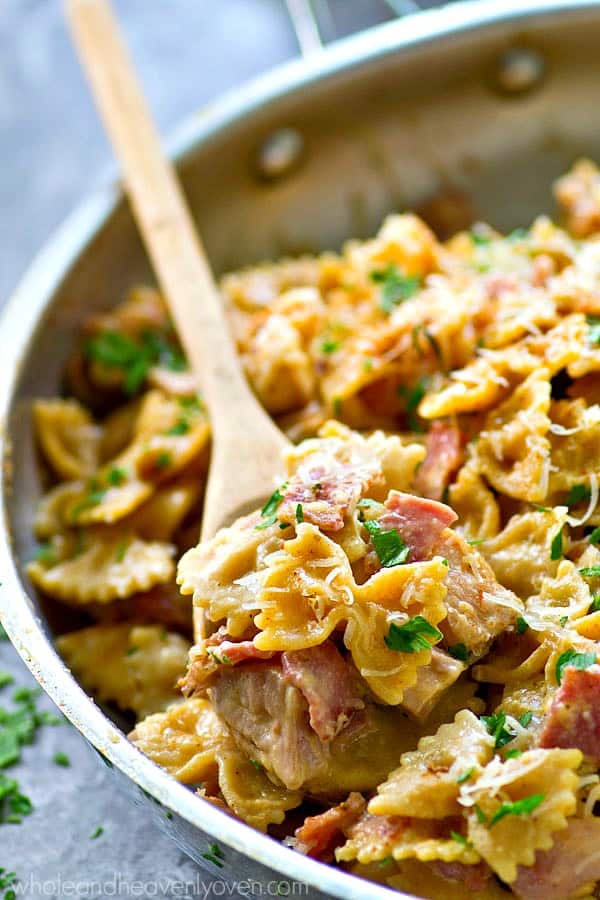 Can all Fridays from here to the end of time just involve all the carbs and cheese possible?

I mean, every single day would be preferable if you ask me, but the average person still likes to fit in their clothes, I know. Unreasonable all the same. 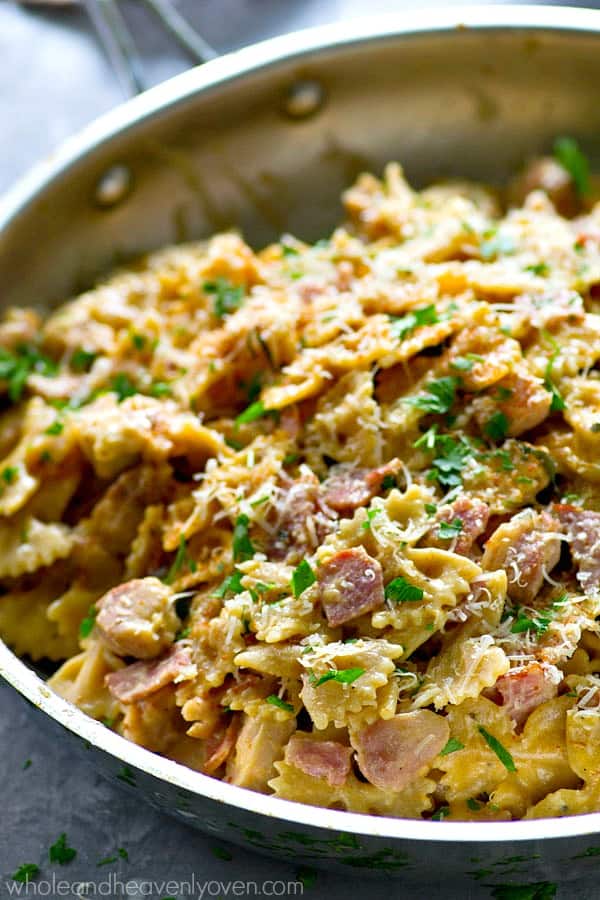 Anywho. Today is bringing us to the end of skillet dinners week with a rather large BANG. Make some noise for the cajun chicken pasta alfredo, please. It’s gonna be a rather epic weekend.

Okay, let’s get straight to the one-pot-edness wonder that is this skillet. You should know that there’s a pretty special place in my life for one-pot dinners, you guys. Not gonna lie, that place is called my stomach. 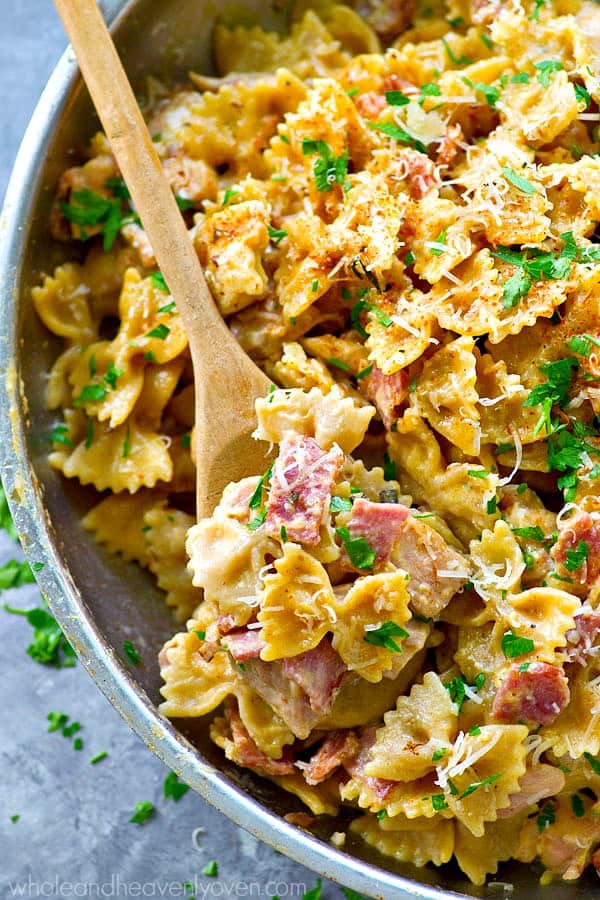 All humiliating confessions aside, let’s start making our carbs for today, okay? We’re gonna start by cooking our chicken and bacon in your biggest skillet on the stove.

From there, I kid you not: chicken broth, Cajun seasoning, milk, half-and-half, and pasta gets dumped in the same skillet and the hardest part of this whole carb process is basically DONE. 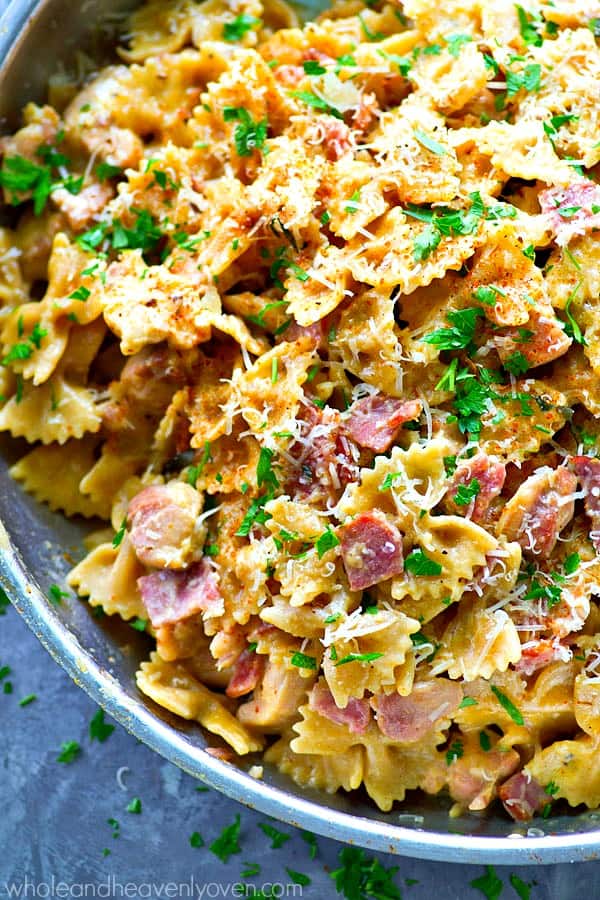 Let that come to simmer, stirring occasionally until the pasta soaks up all the liquid and is nice and tender. We’re gonna make a quick slurry with flour + water to make our pasta extra-creamy and that gets stirred right into the beautiful mess.

Along with some beautiful Parmesan cheese, salt and pepper, and a handful of parsley. Yep, go freaking big on your carb skillets or go home is right. 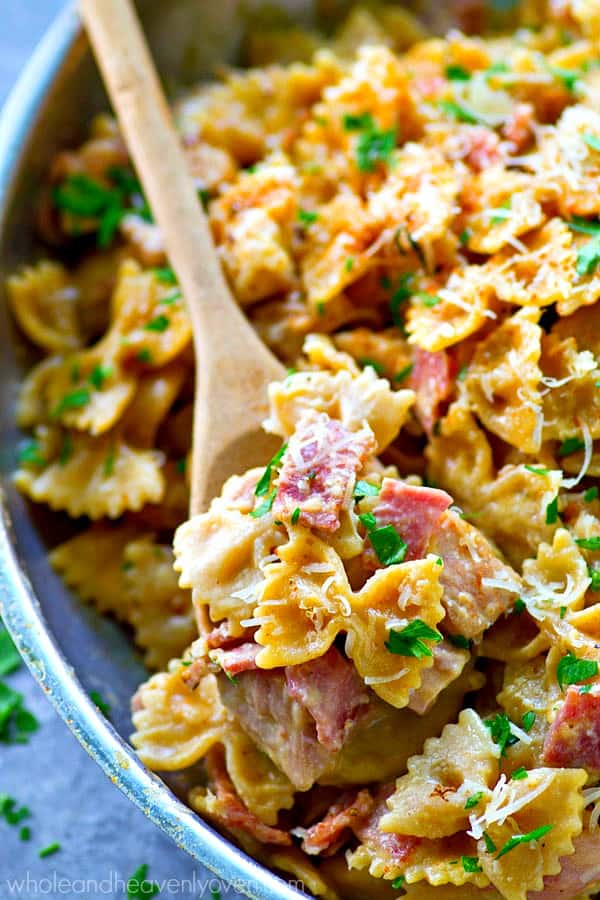 Let it be known, guys: you will be receiving ZERO judgement from me if you just decide to ditch the plates and eat this pasta alfredo straight outta the skillet.

I mean, when carbs feel right you just know, right? 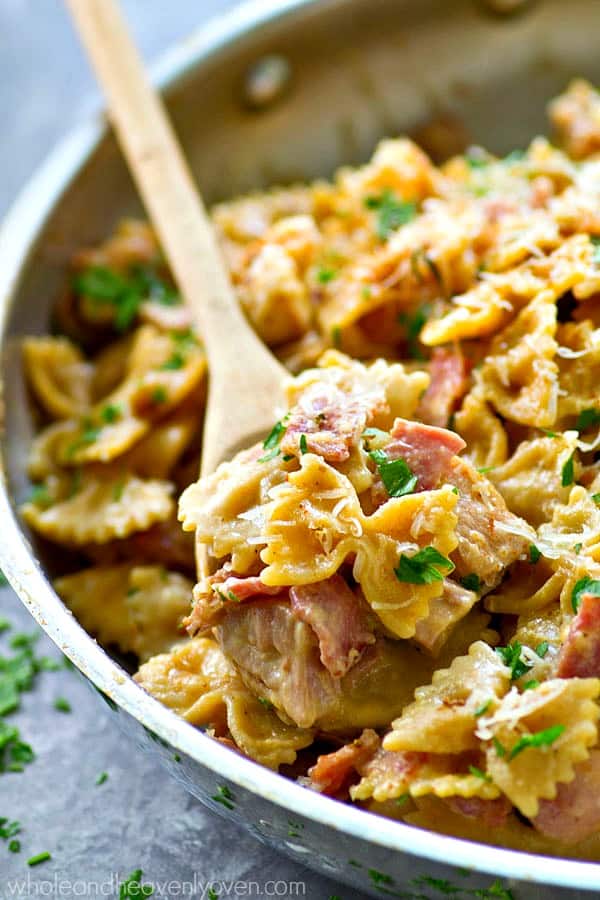 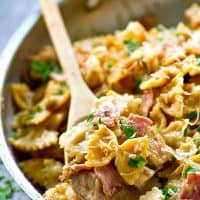 Ready for the ultimate one-pot dinner? This Cajun chicken pasta alfredo is unbelievably simple to throw together and absolutely the best kind of comfort food.--- It's on the dinner table in only 30!
Prep Time 10 minutes
Cook Time 20 minutes
Total Time 30 minutes
Servings 8 servings
Calories 390kcal

One-pot is where it’s at, guys!! Check out this fettuccine next!