This addicting caramel popcorn is loaded with tons of cinnamon and toasty pecans and makes the absolute best holiday snack! Make a double batch because it’s going to disappear that fast. 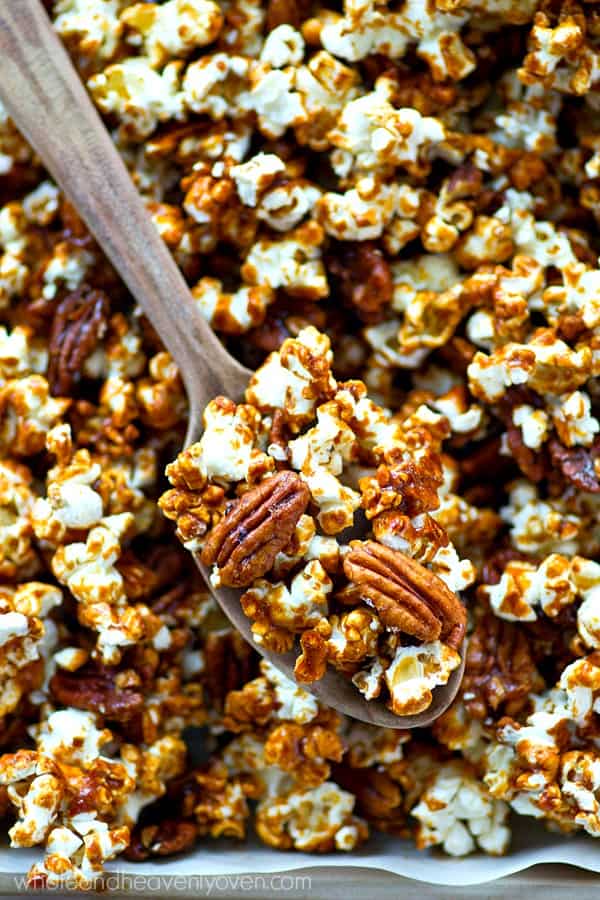 If I had to choose one snack to eat for the rest of all time…I would be choosing this caramel popcorn within a millisecond.

And my opinion is not biased in the least bit, despite the fact that this popcorn is the best dang thing in the world. 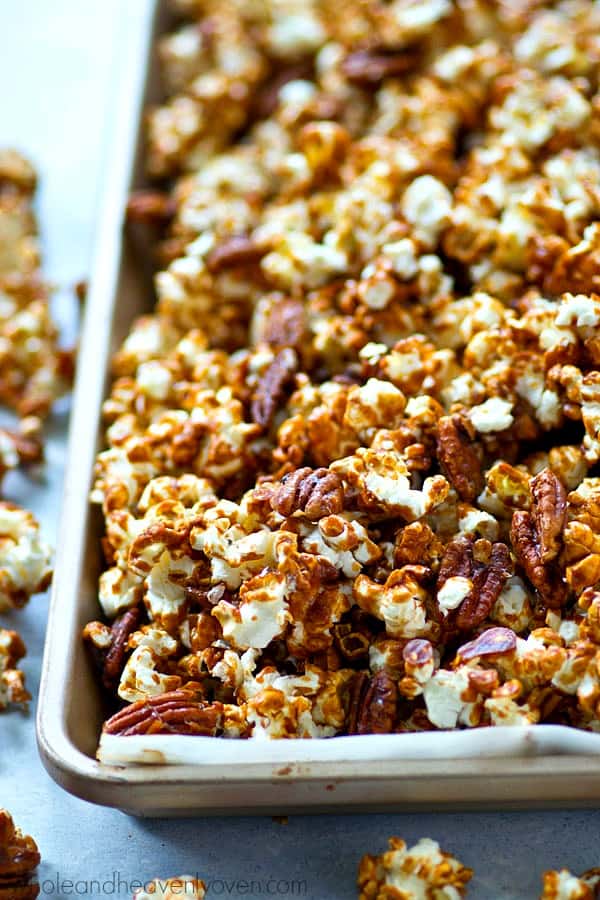 Can I tell you why? It’s mostly because of the words “cinnamon roll” and “pecans” hanging out in the same sentence as caramel popcorn. <<< automatic snack attack game changer.

We’re gonna be using the caramel base you’ve probably seen in this recipe and trust me: it’s SO stinking easy you could likely make this caramel popcorn in your sleep. 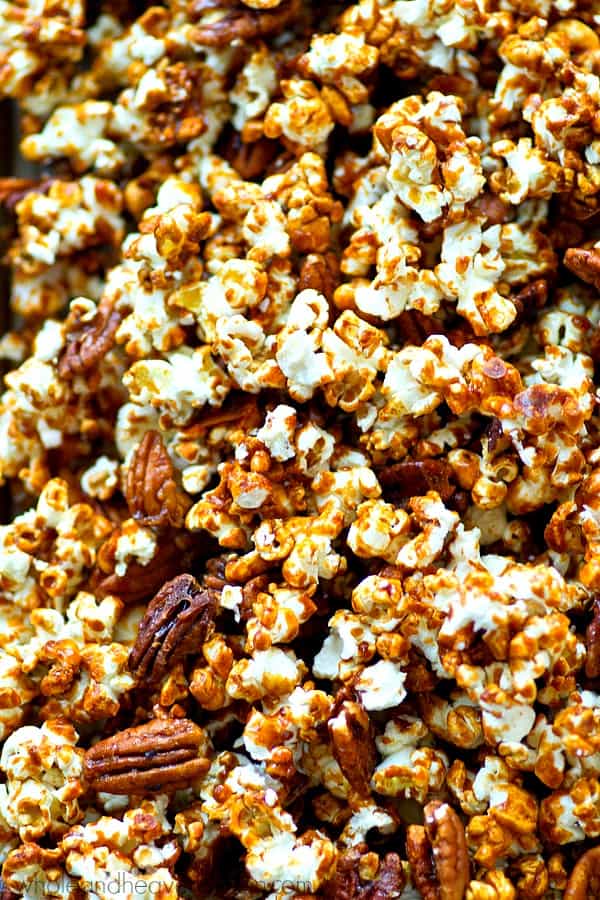 Oh, and also. We obviously add frills in the form of tons of cinnamon ‘n’ spice goodness and toasty pecan halves.

Ready to wreck your diet once and for all? Me too. 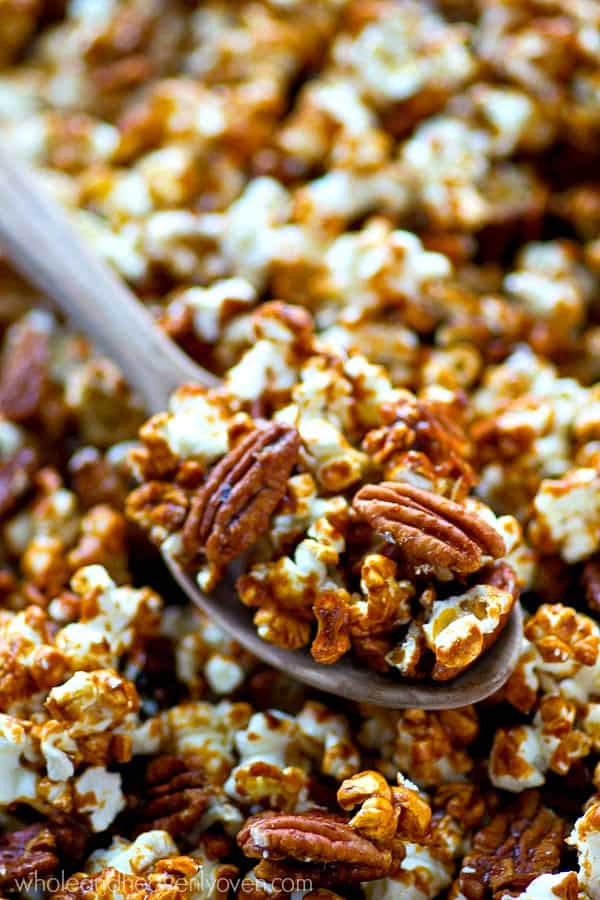 Guys, I have a confession to make. You cooooooould win major nice points and give this popcorn away in cute little bags as holiday gifts…

…But I already told you it’s like addicting x1000, and I didn’t mention the little fact that you’re going to more than likely eat all of it because it is, in fact, so dang addicting. 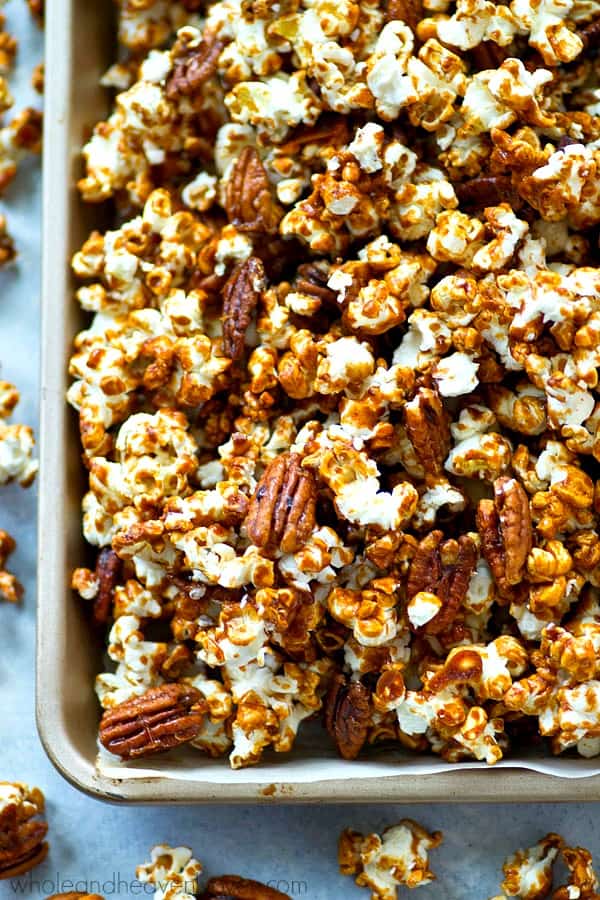 Minimal problems and ones that we can definitely handle, right?

Right. And if for any reason you find that you can’t…you know you can just send all the popcorn on my way. My door is always open. 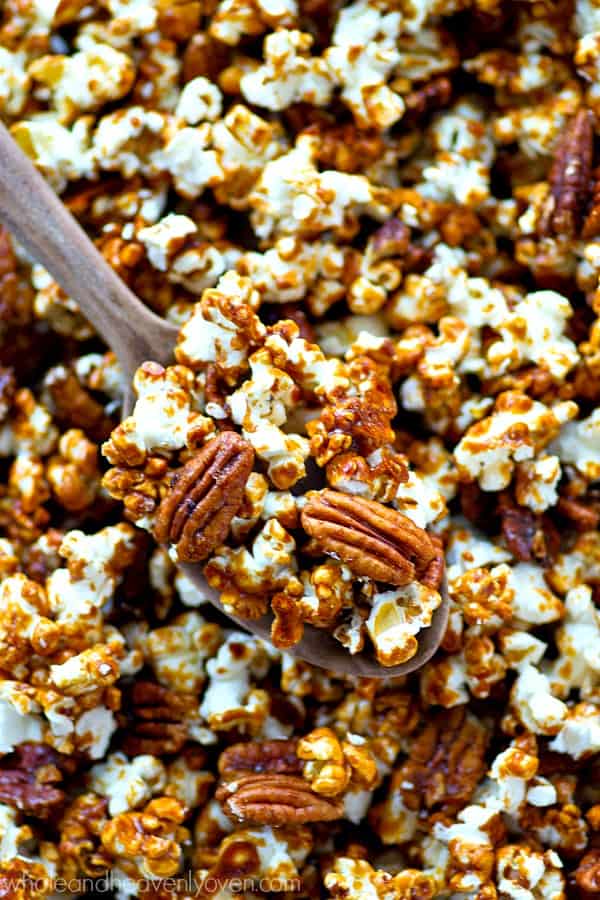 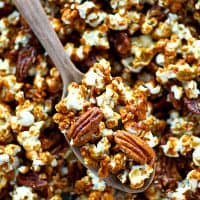