Baked entirely on one sheet pan in less than 20 minutes and covered with tons of buttery streusel, this baked almond streusel french toast is going to be your new weekend brunch favorite! 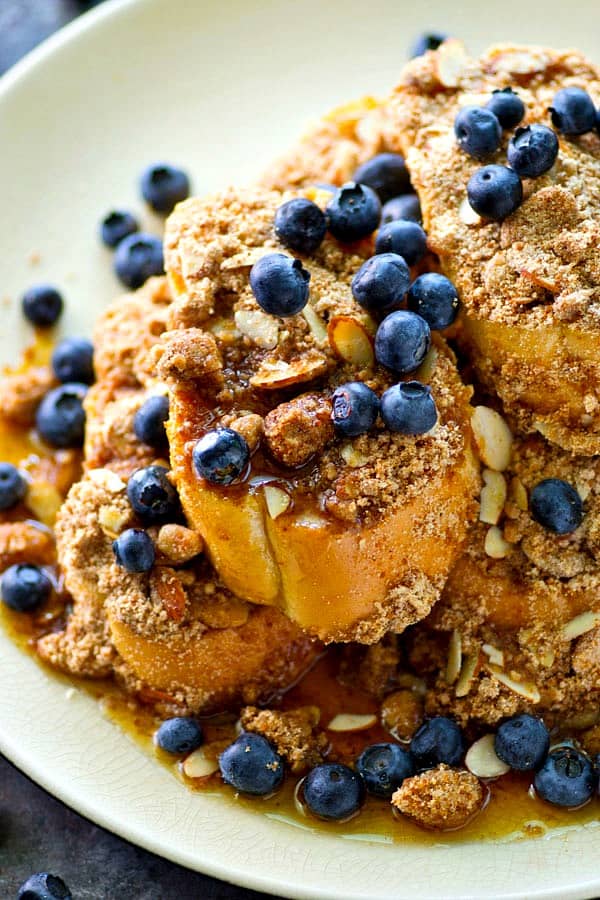 I’ve officially fired all french toast that doesn’t come with streusel by the truckload piled on top.

Can you even blame me? This is singlehandedly the best thing Monday has ever seen. 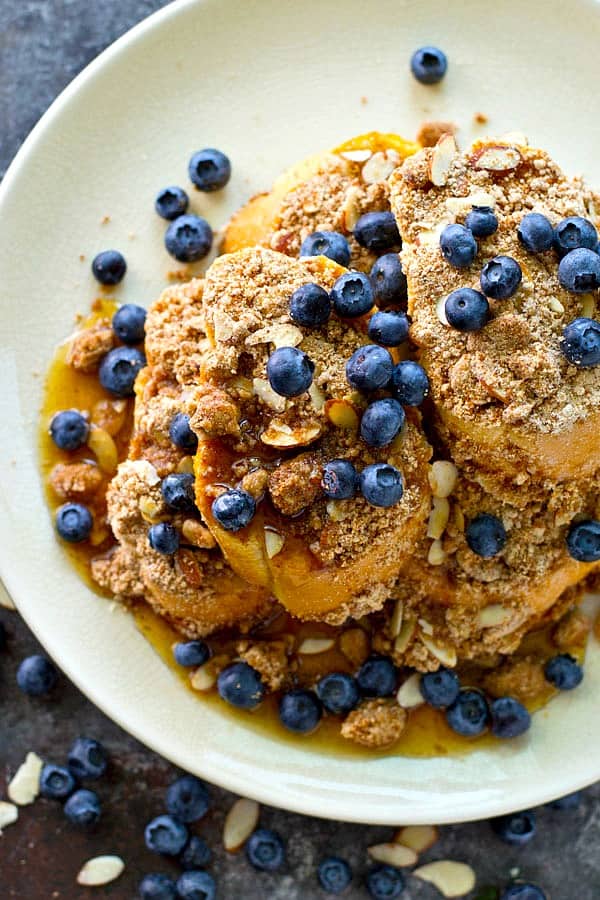 And it will definitely be the best thing Tuesday, Wednesday, Thursday, and all the rest of the days of the week has ever seen too, believe me.

If you don’t believe me…well, I’ll just let the copious amounts of streusel do the talking. 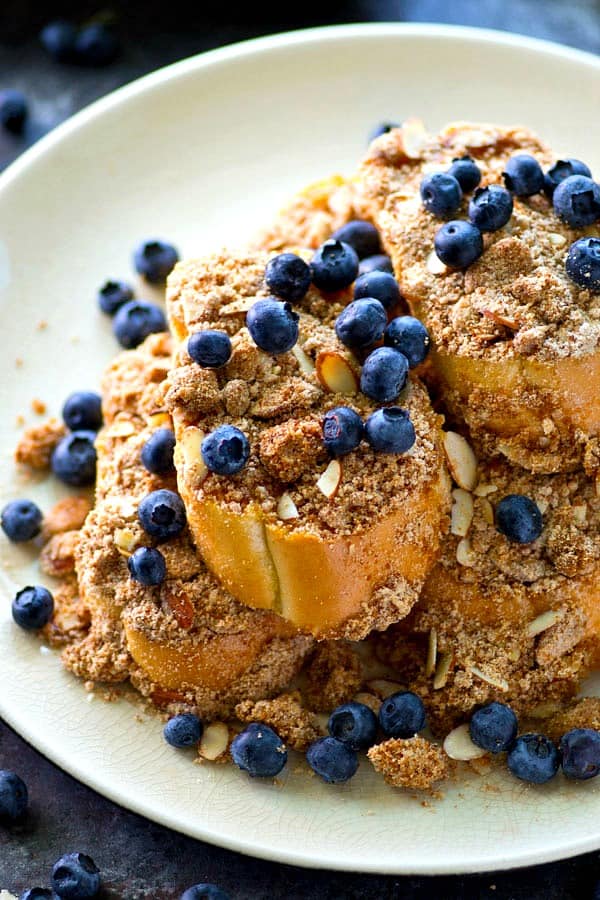 Okay, so honestly this french toast is just about as easy as that regular plain stuff of which I have just banned. The ONLY extra step is streusel and that takes less than a minute and it’s WORTH it.

French bread gets dipped in regular egg/milk sauce and then piles of almond streusel end up on top. << we’ll call it a very happy accident. 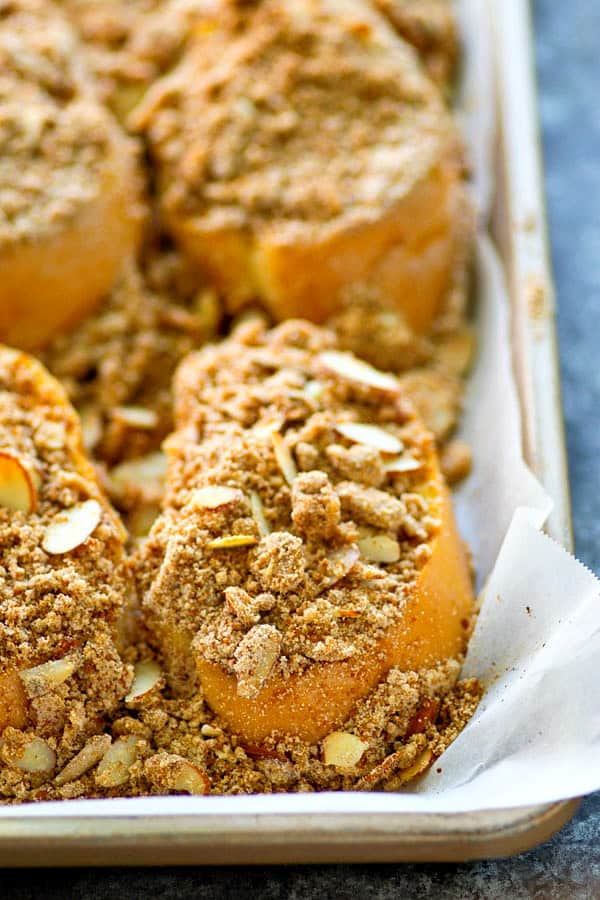 Bake those beauties away until your kitchen smells more or less like a streusel factory. Which btw, I’m totally gonna run someday.

Grab the berries and maple syrup because we’re obviously going big or going home today in the breakfast department, guys… 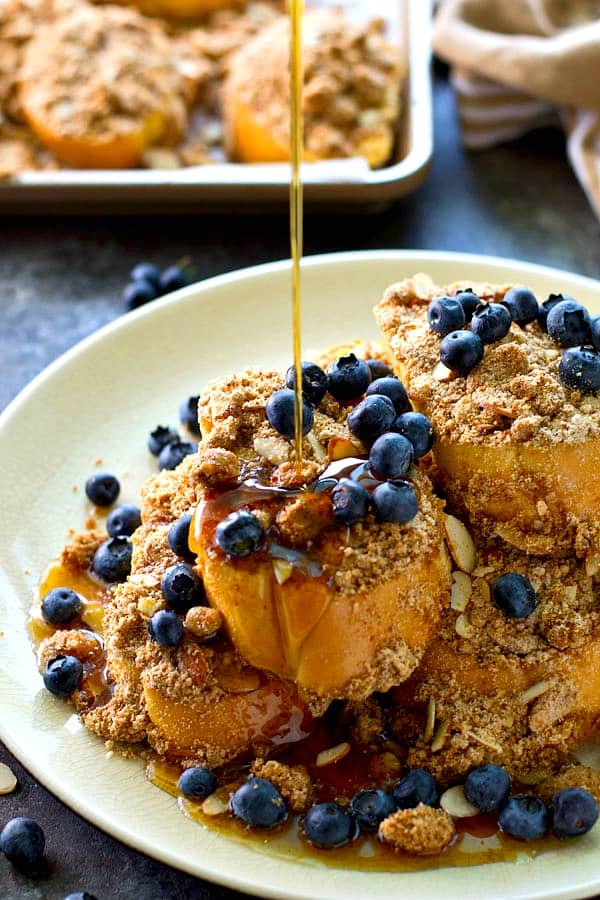 Going big will involve eating massive amounts of almond streusel french toast, and trust me: we’ve got this, guys.

This might be the best Monday ever. But you knew that. ♥ 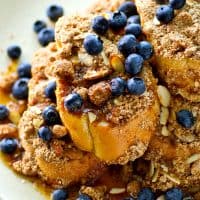