All the things you love about cinnamon rolls collide in this SUPER-easy and crowd-pleasing banana cinnamon roll bread pudding! So good you’ll be eating it straight out of the pan. 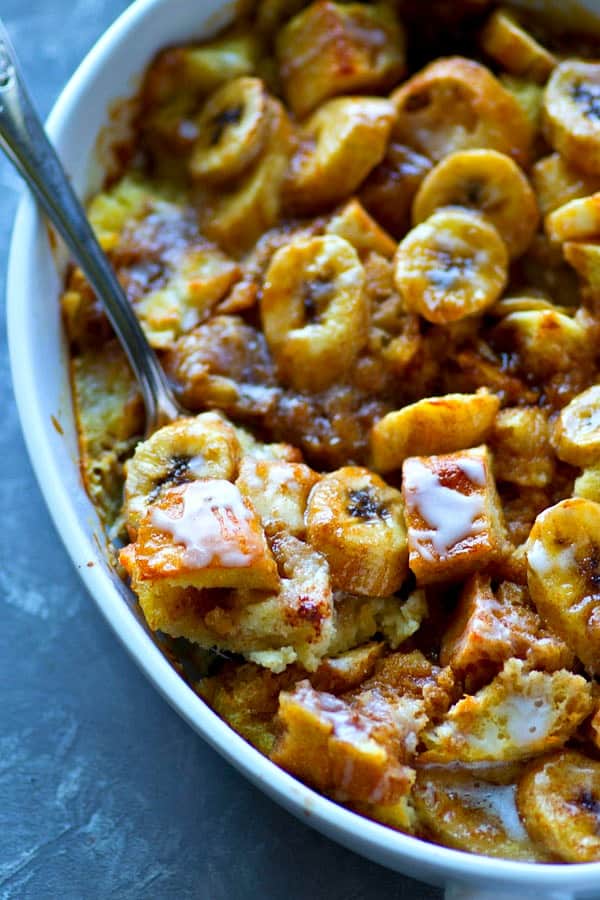 Seriously. I feel as though stuff like this just shouldn’t even be allowed near me. The self-control problems are VERY real today, guys.

Cause real-deal ADDICTING AND UTTERLY RIDICULOUS cinnamon roll bread pudding is in the house. 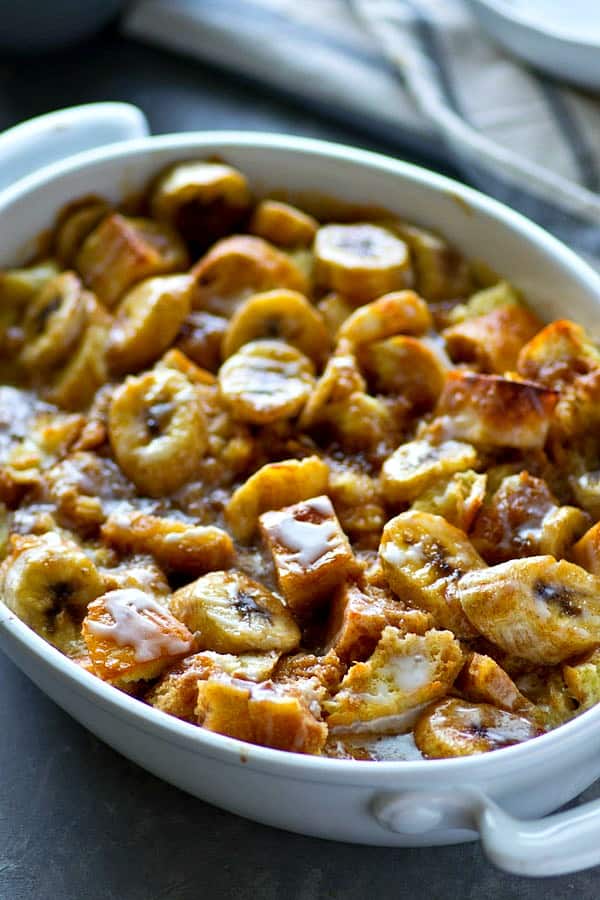 It’s 1000% necessary I use lots of caps throughout today’s post because this stuff is insane, y’all. We’ve got a major Friday vibe around here right now.

Also, this cinnamon roll bread pudding is officially hired as breakfast, lunch, dinner, and dessert for roughly the next 209823 years. Peace out, guys. 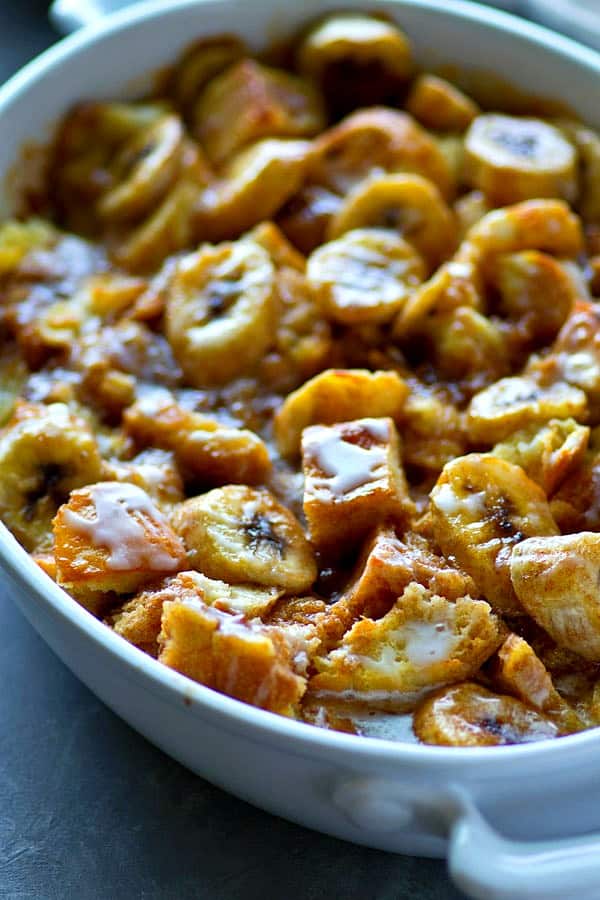 Today’s masterpiece is as follows: >>> cinnamon roll flavors + bananas + GLAZE and it’s all wrapped up in bread pudding form. Trust me, it is as GOOD of a combo of flavors as it sounds. ♥ 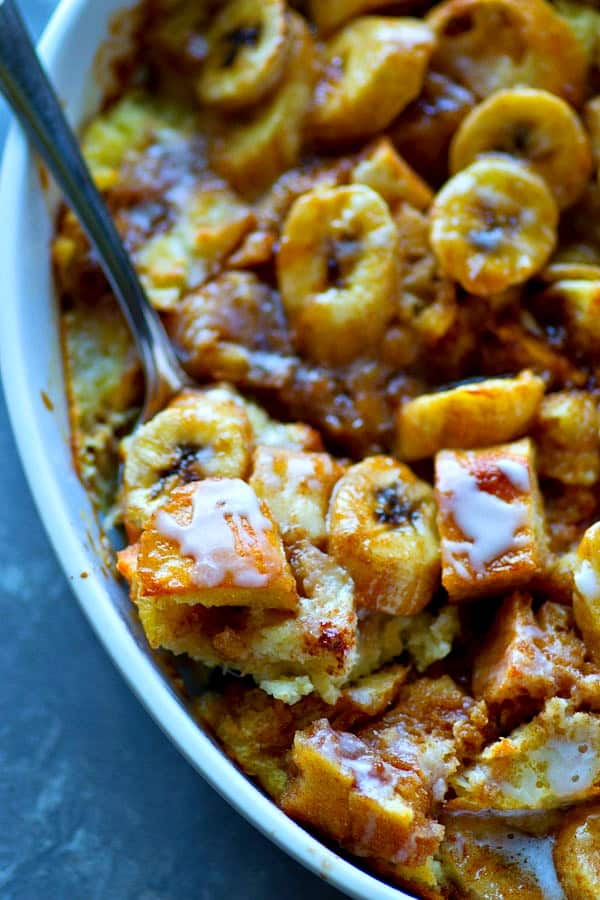 So we have just your basic bread pudding of stale French bread, eggs, milk, etc. Then a swirl of cinnamon shoved into every nook and cranny. Sliced bananas thrown into the party. Into the oven for a bit and then glaze ‘er up and call it a day.

This is killer warm from the oven while everything’s all warm and gooey, guys. You will probably eat it all immediately after it departs the oven but don’t worry, cause there’s no shame in that eveeeeeer. ?? 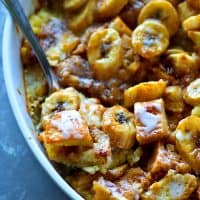 All the things you love about cinnamon rolls collide in this SUPER-easy and crowd-pleasing banana cinnamon roll bread pudding! So good you'll be eating it straight out of the pan.
Prep Time 10 minutes
Cook Time 30 minutes
Total Time 40 minutes
Servings 6 -8 servings