Chai-spiced french toast is topped with a killer caramelized banana sauce for the ultimate breakfast combo! Perfect for brunch for a crowd or just a lazy weekend morning. 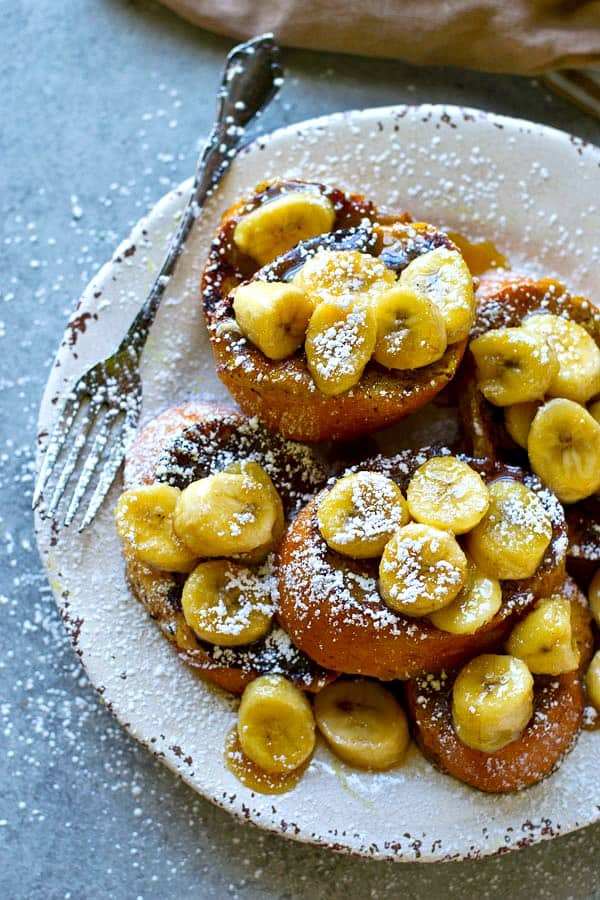 French toast should not be legally allowed to contain this much insanity, guys…..

But hey, if a french toast line must be crossed, I am MORE than willing to volunteer for the job. ?? 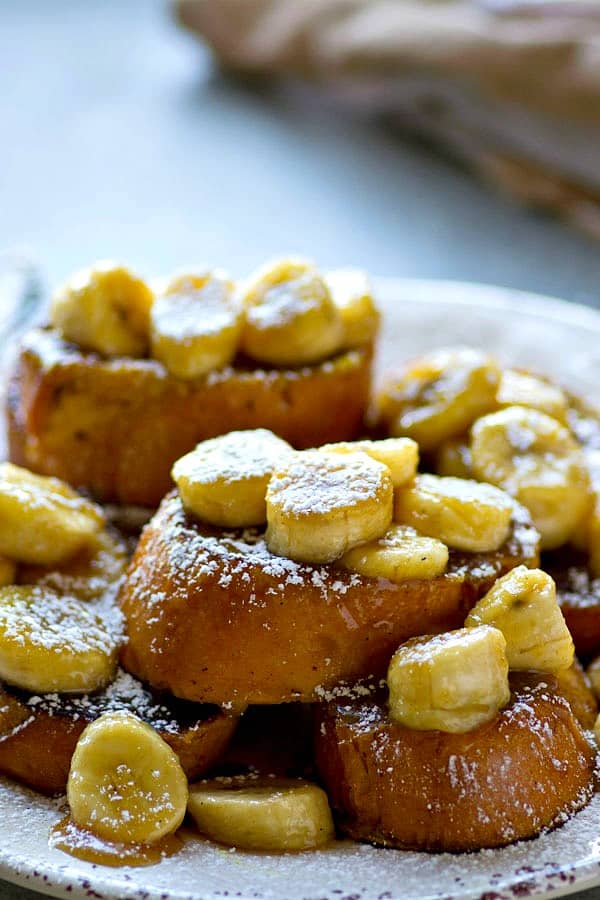 And I volunteer chai french toast and piles of caramelized banana sauce as tribute. Literally barely even holding it together right now, guys.

This is really just about the best breakfast I’ve had in forever. 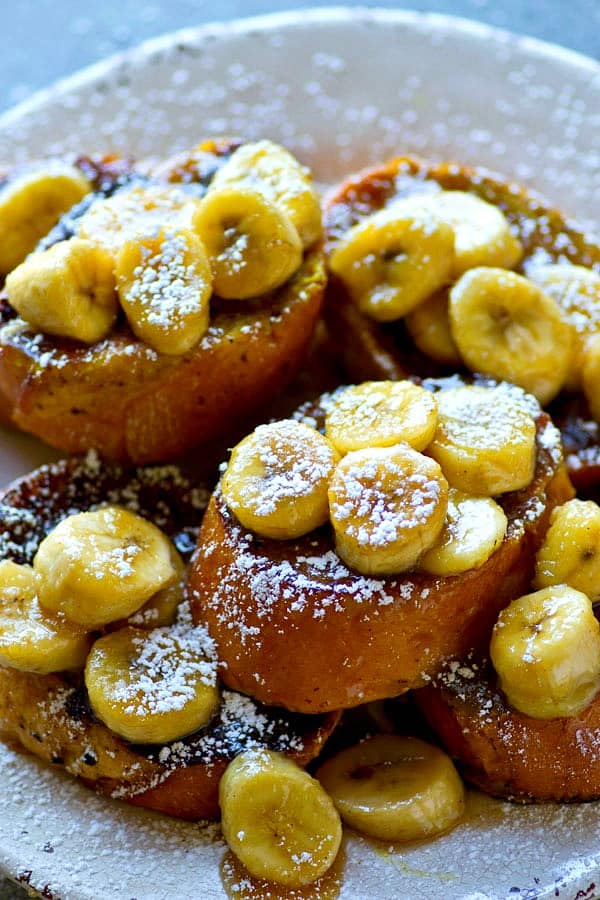 So here’s the thing, y’all. I know this french toast looks way involved but hear me out: we don’t do complicated breakfasts around here and we’re not about to start with chai french toast. Check it out >>>>

In the event that happens….just make another batch to smother every.dang.inch of french toast perfection. ??

Friends, trust me on this: the flavor combo we got going here is UNREAL. You will likely fall into a french toast coma and honestly, just expect it to happen.

Brb, diving in and never coming out. ? 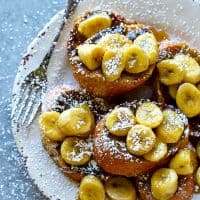