This apple cheesecake bread pudding is heavy on the fall flavors! Creamy dollops of cheesecake, tender apples, and a soft spiced bread pudding base make it completely irresistible. 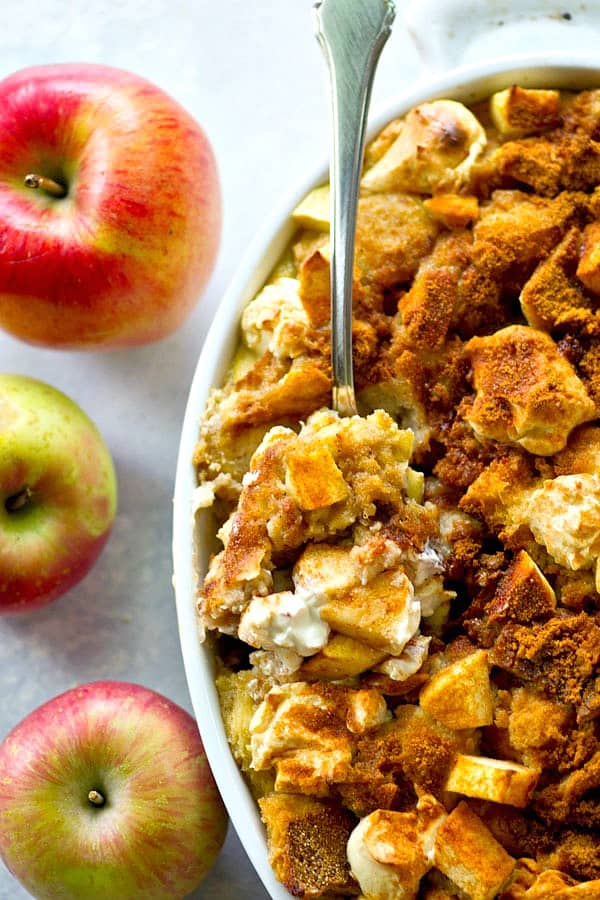 I am a complete and total bread pudding fan girl, you guys. Also a die-hard cheesecake-aholic.

Fall is also like my favorite season. Put ’em all together and I’ve got the only dessert I’ll ever need. 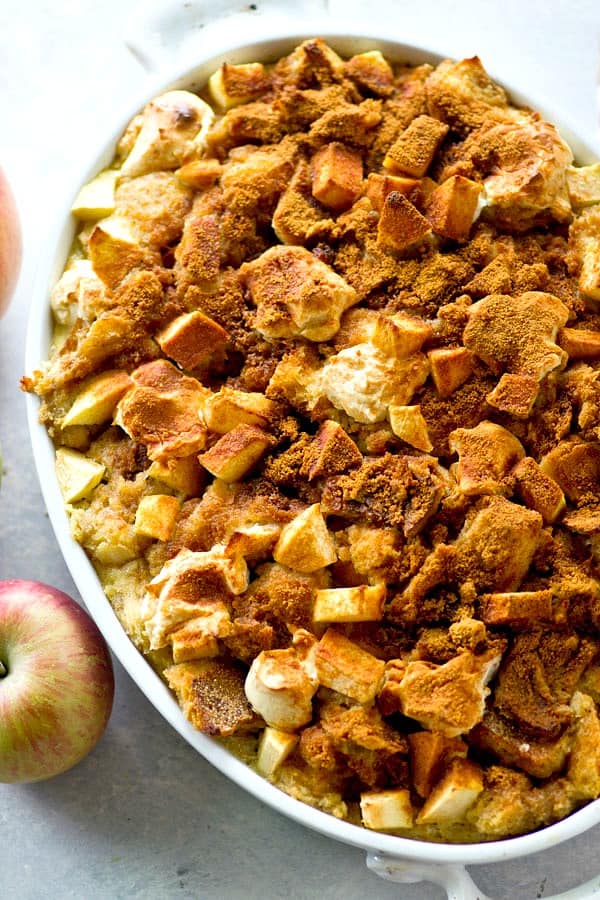 Okaaaaay, it’s not all about me but for REALS, this apple cheesecake bread pudding, guys!!! It’s the ugliest food ever to photograph but dang, is it ever the tastiest.

I was sneaking little bread cubes left and right with no shame. Go ahead and judge me. 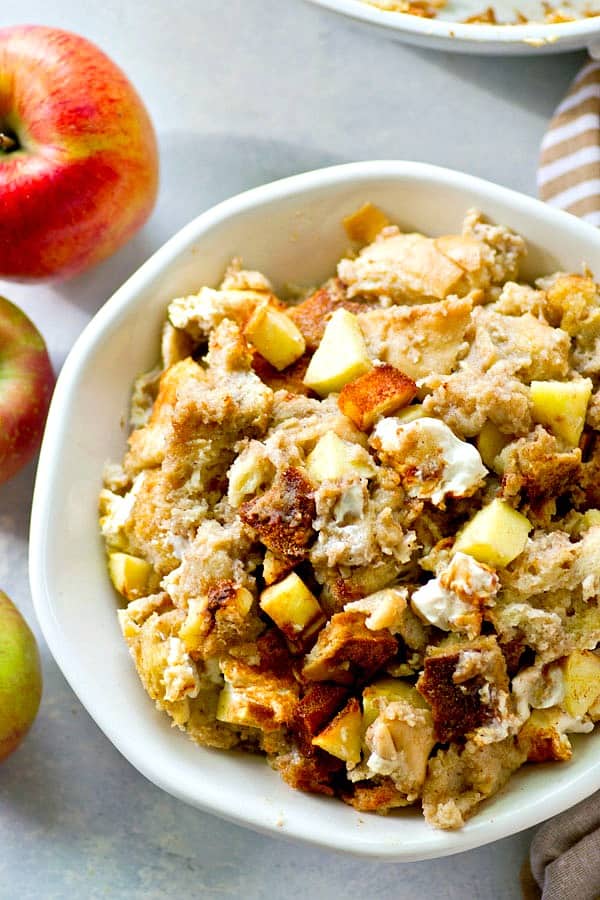 Lemme run you through all the bread pudding components >>>

Alright so why would I ever eat any other dessert again? Now you know. 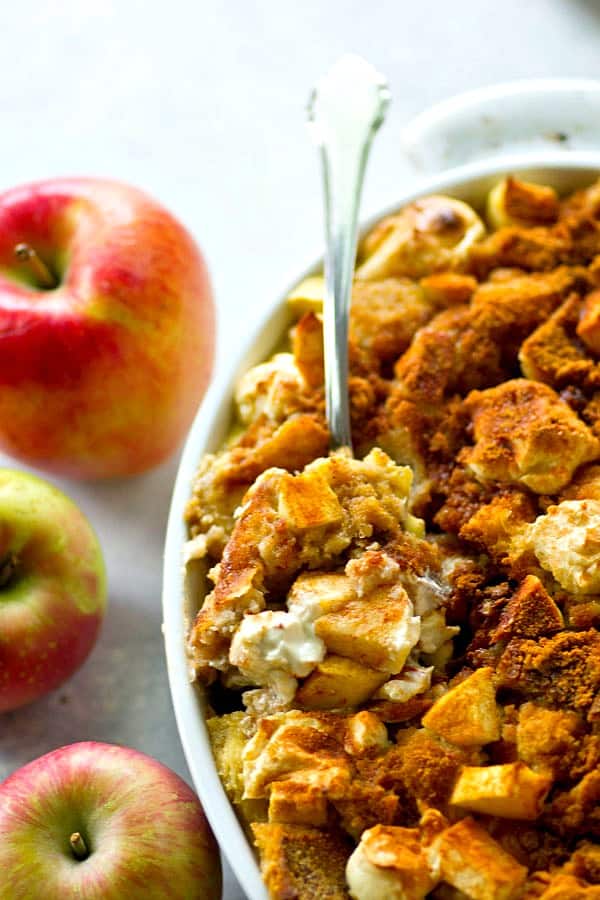 If you do anything, pleaaaaaaase eat this apple cheesecake bread pudding warm. It’s seriously at it’s best then. Insanely soft and creamy and send-help-its-just-so-gosh-dang-good. 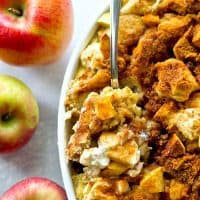