Soft, spiced apple cider cupcakes are the most incredible base for a creamy maple syrup buttercream frosting and it all wraps up into one fall-worthy cupcake! 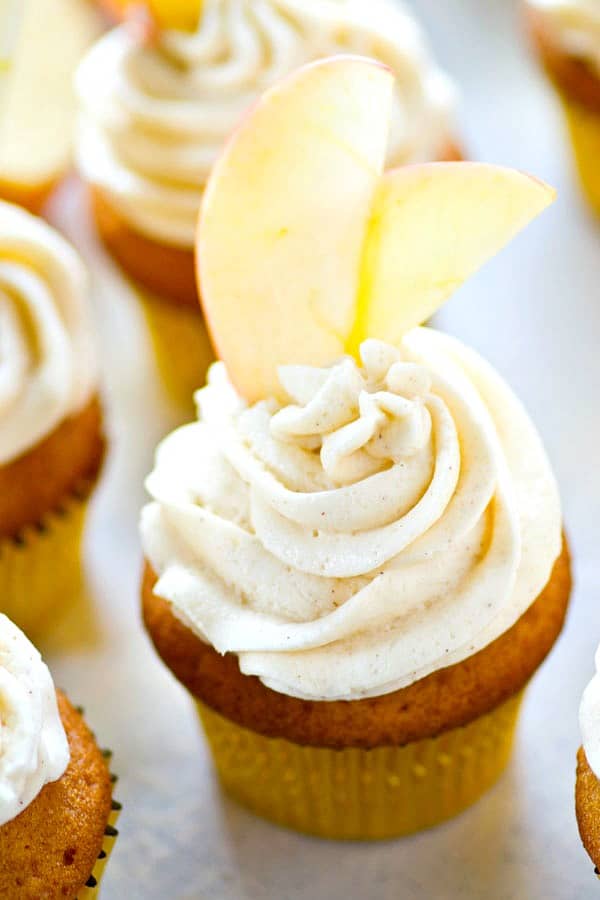 Apple cider isn’t outta style yet, is it? Cause I’m getting a major cupcake vibe right now. 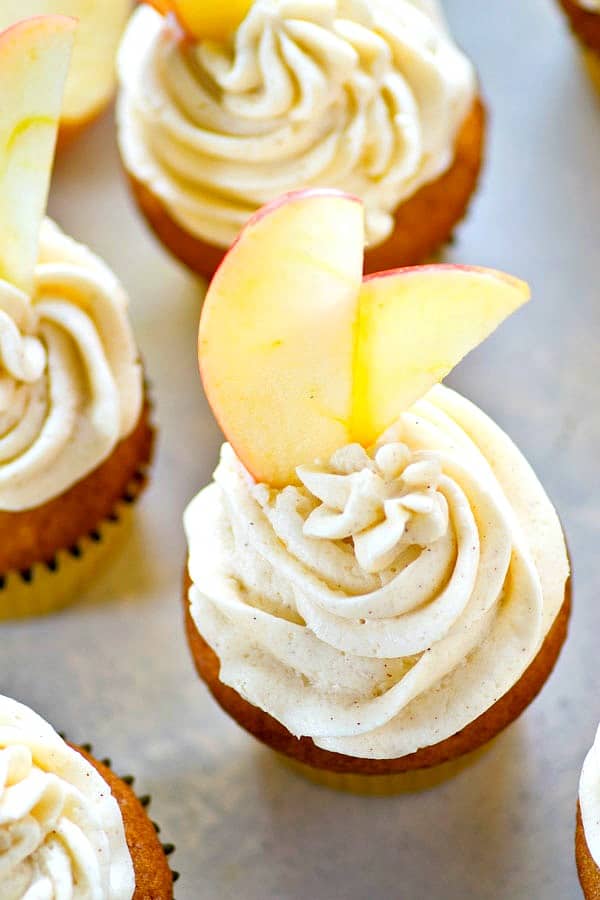 You aren’t gonna hate it, guys. And if by chance you do, I will humbly accept ALL your apple cider cupcake rejects.

Who rejects cupcakes? I honestly don’t know. Probs is not even a thing. 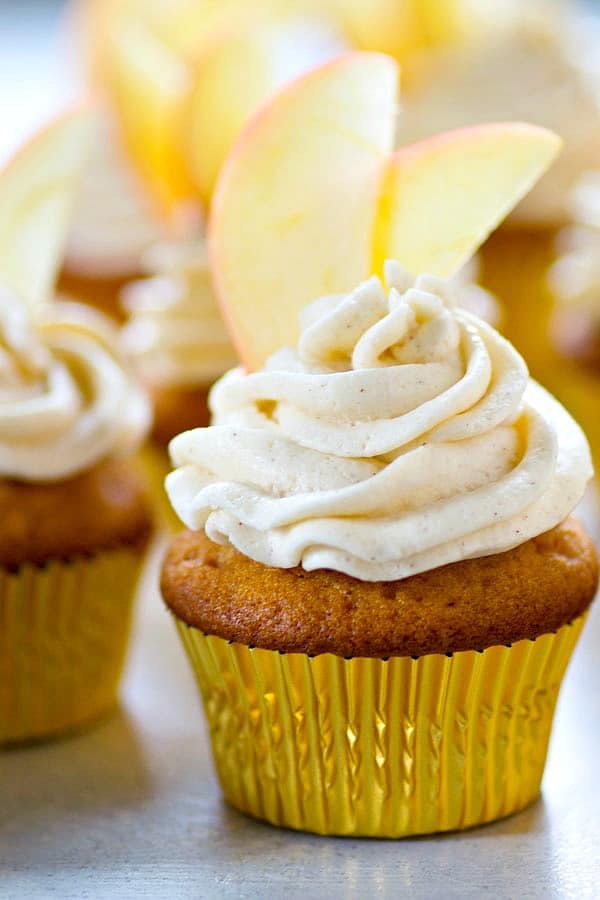 Let’s talk cupcake base. My secret to getting a notable apple cider flavor in these cupcakes is to boil it down on the stove for a little bit. Kinda like we’re making an apple cider concentrate. From there it’s just your standard cupcake ingredients like butter, sugar, etc.

The frosting is absolutely outta this world and it has every right to be because it’s MAPLE and it plays wonderfully with the apple cider flavors we got goin on. 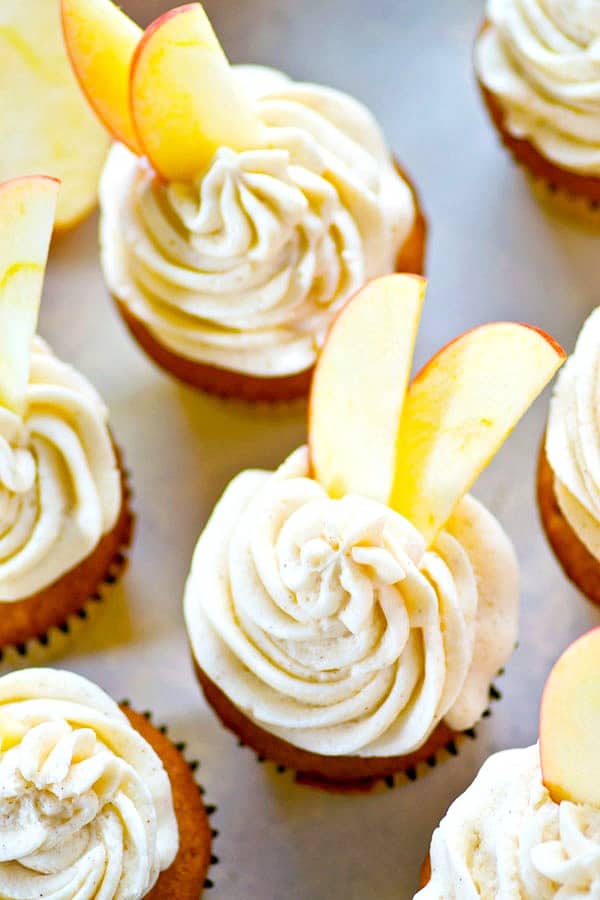 Overall it’s just pretty much fall’s dreamiest cupcake, guys. Feel free to garnish these beauties with whatever ya fancy. I go simple with a few apple slices and call it a day.

Then I eat two of these and call it a good day. 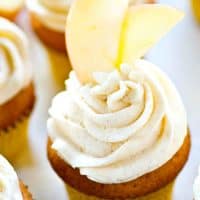 Soft, spiced apple cider cupcakes are the most incredible base for a creamy maple syrup buttercream frosting and it all wraps up into one fall-worthy cupcake!
Prep Time 20 minutes
Cook Time 25 minutes
Total Time 45 minutes
Servings 12 cupcakes