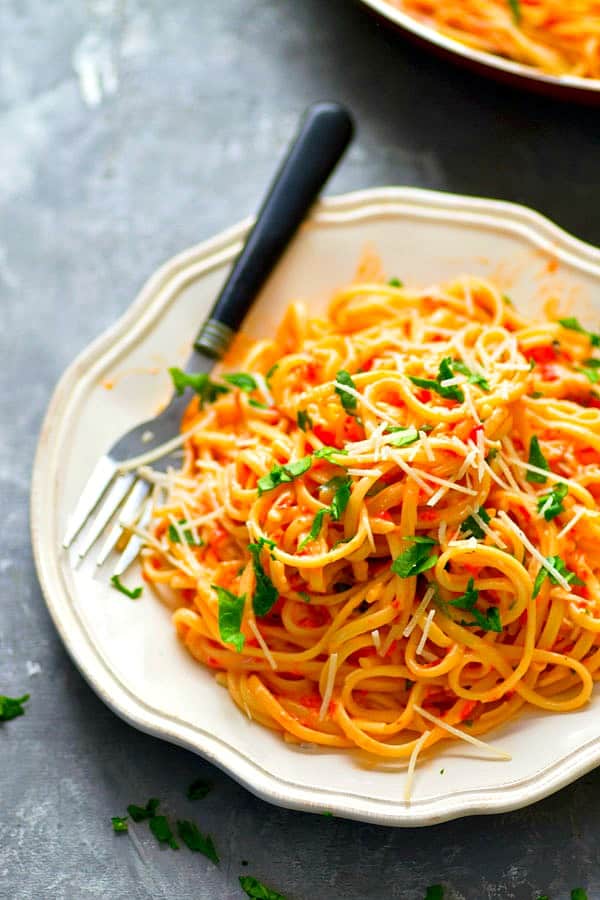 Cause let’s be honest: pasta seconds will forever be a thing and when there’s no guilt associated with that we are WINNING.

And I’m probably going back for thirds. 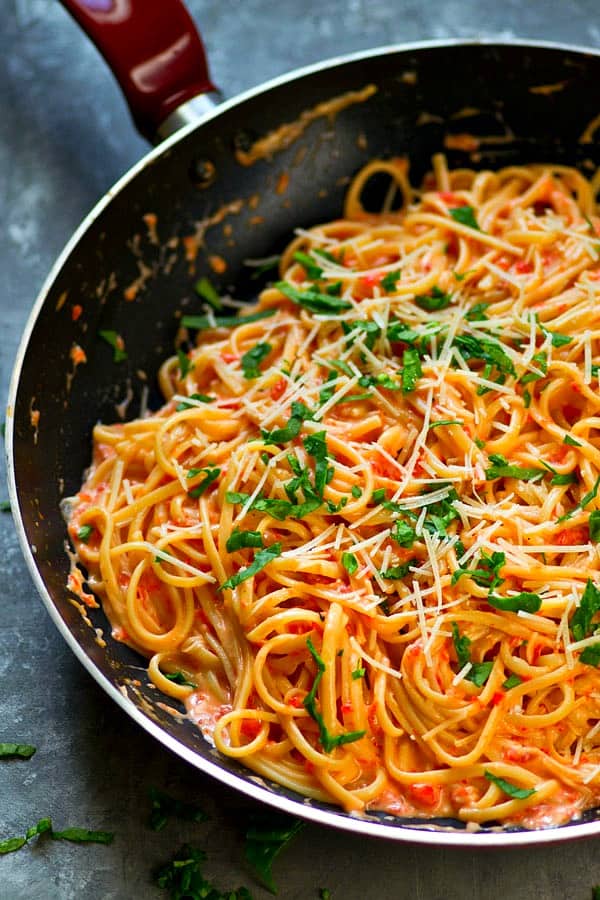 The SAUCE, y’all. It’s like the most magical thing you’ll ever top a noodle with. 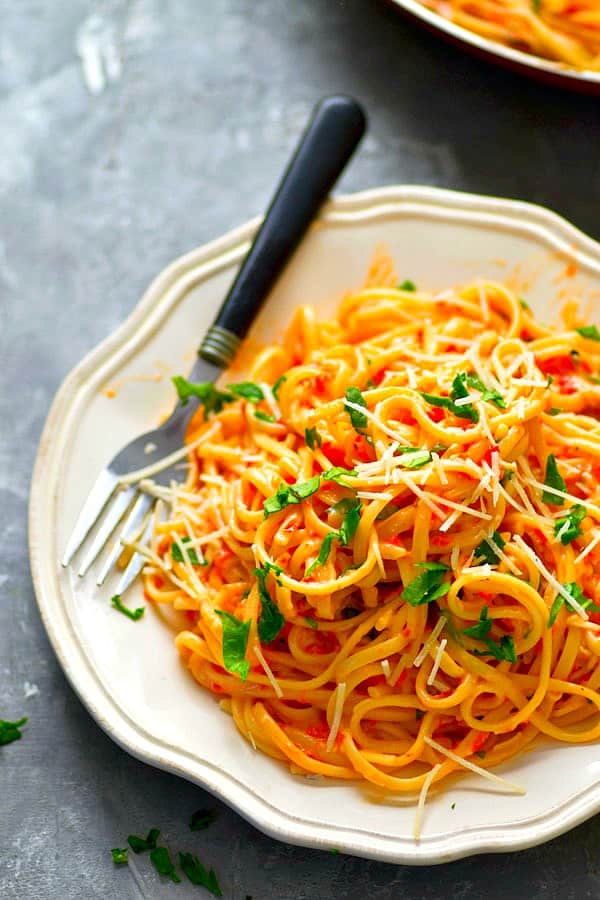 HECK yeah this sauce is on the lighter side, friends. 1/4 cup heavy cream and 2 tablespoons of butter are the only guilty ingredients we’ve got here. Not counting the Parm cheese because c’mon, cheese is cheese, guys and if you’re making fettuccine alfredo ya just gotta have it.

So basically its just a lightened-up basic alfredo sauce that gets made right on the stove. Then you puree it all together with jarred roasted red peppers and witness the MAGIC. 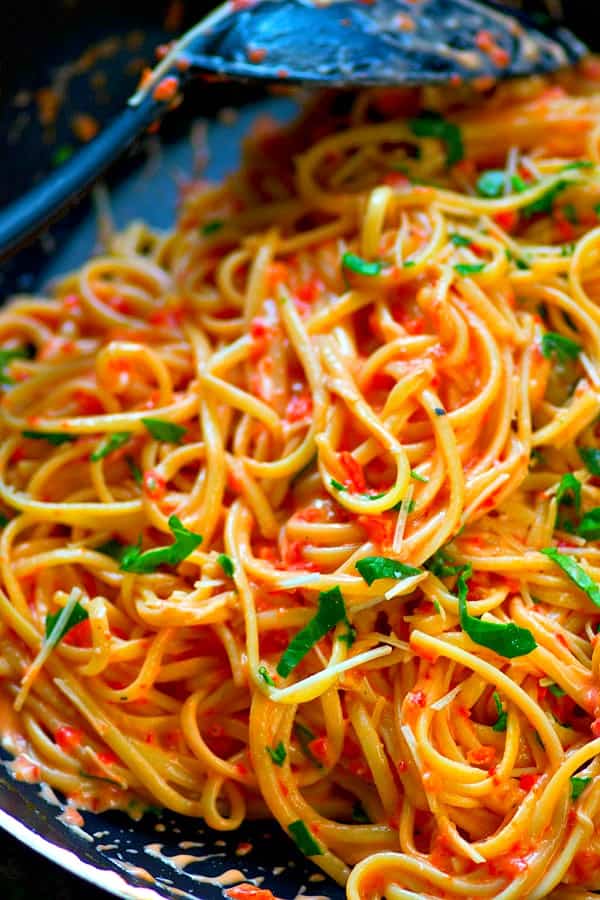 Super-duper creamy + killer color magic. Fold up aaaaaaall that saucy goodness in your hot fettuccine and for real, good luck not destroying that entire pan.

But hey, NO GUILT WHATSOEVER. Promise. Just keep telling yourself that after plate number 8. 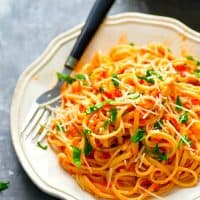