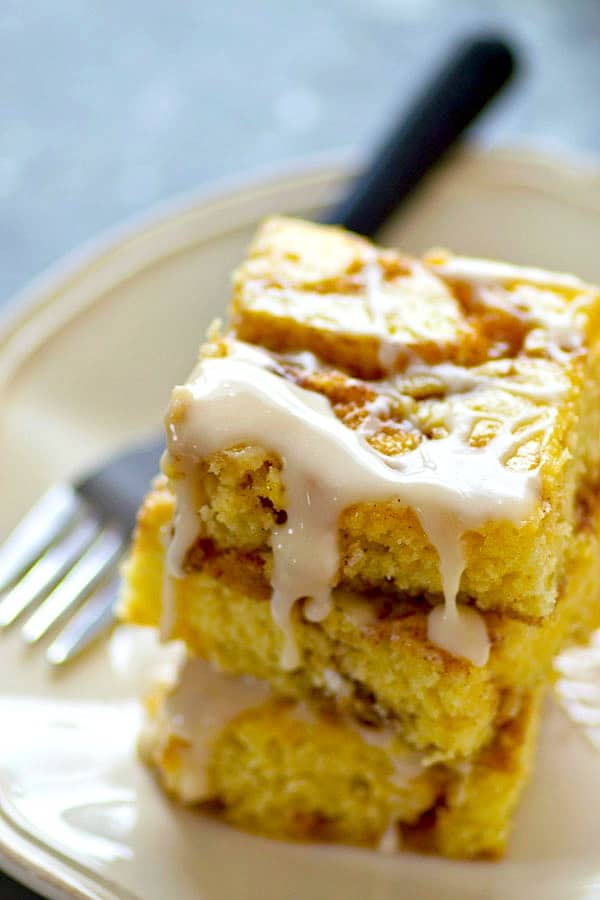 The Friday that breakfast met dessert was, in fact, a FREAKING GOOD FRIDAY.

That is today and yes, there are cinnamon rolls, sheet cake, and glaze going down in dessert land. *hyperventilates* 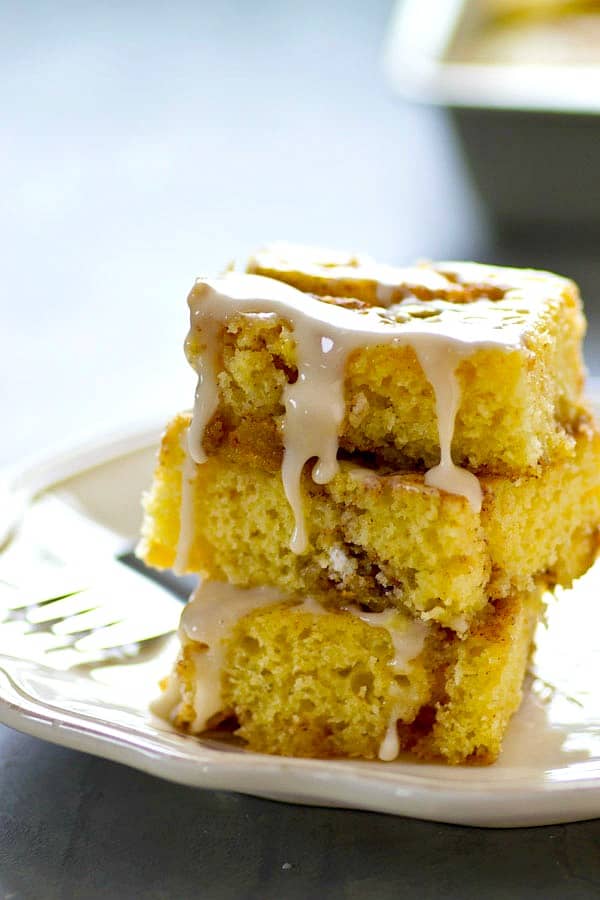 Swirls is clearly the name of the game this week. I don’t know about you, but I am definitely not.hating.that.

Bring on more swirls, lez goooooo. I’ll take piles of glaze somewhere in there too, thanks for asking. 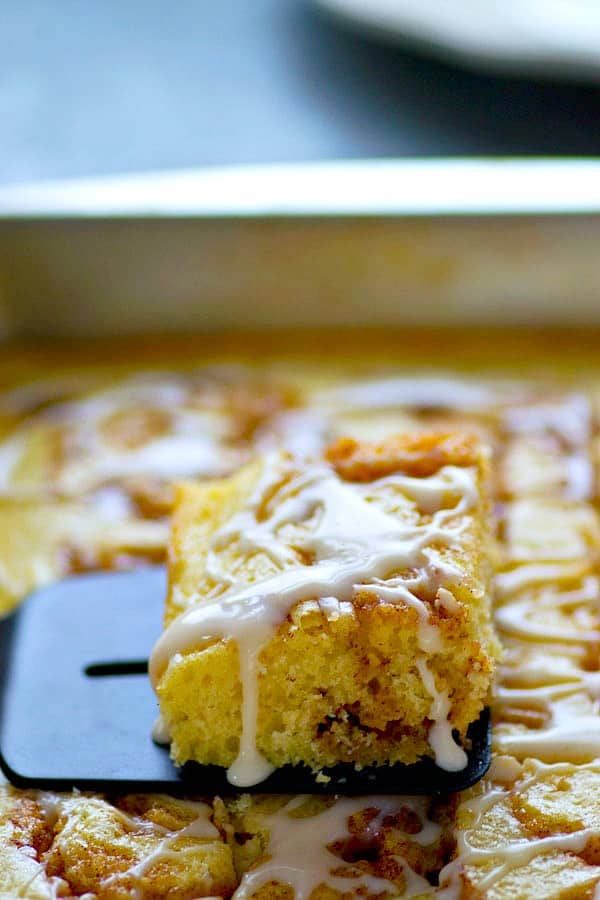 So this is just your basic run-of-the-mill sheet cake BUT it’s anything but basic cake biz once you throw a cinnamon roll swirl into the deal. This consists of melted butter + sugar + cinnamon. >>

Basically the same stuff you find in a cinnamon roll. So easy, yet such a game-changer. It’s rich, buttery, and plays MAJOR cake harmony with the soft vanilla-y sheet cake base. 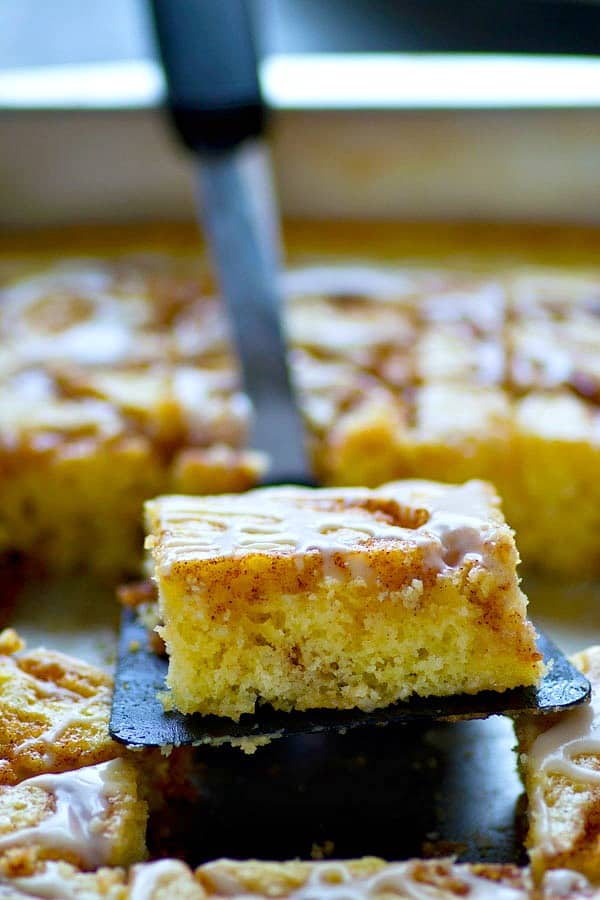 The way I see it is that this cinnamon roll swirl sheet cake has a breakfast food in the official title so when it’s all said and done, this cake = BREAKFAST.

You don’t have to tell me twice to get outta bed. 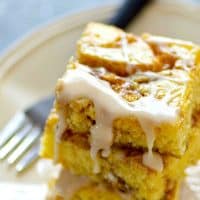 Save To Recipe Box Saved! Print Pin
3 from 1 vote