Have I mentioned before how much I adore mini desserts?

Well, if I haven’t said it before I’m ‘sayin it now. I love everything about mini desserts. 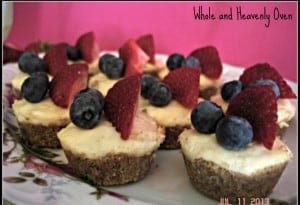 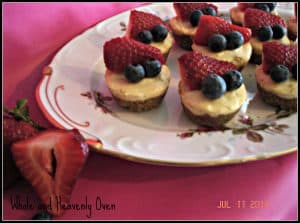 1. They are usually extremely easy.

2. You can eat them in only two bites.

3. They are so tiny that you can consume several with zero guilt. (Okay, maybe just a smidge of guilt after your 5th) 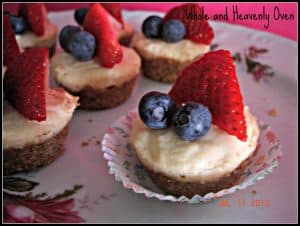 Okay, I think I’ve gotten my point across. Mini desserts are the bomb. Period. 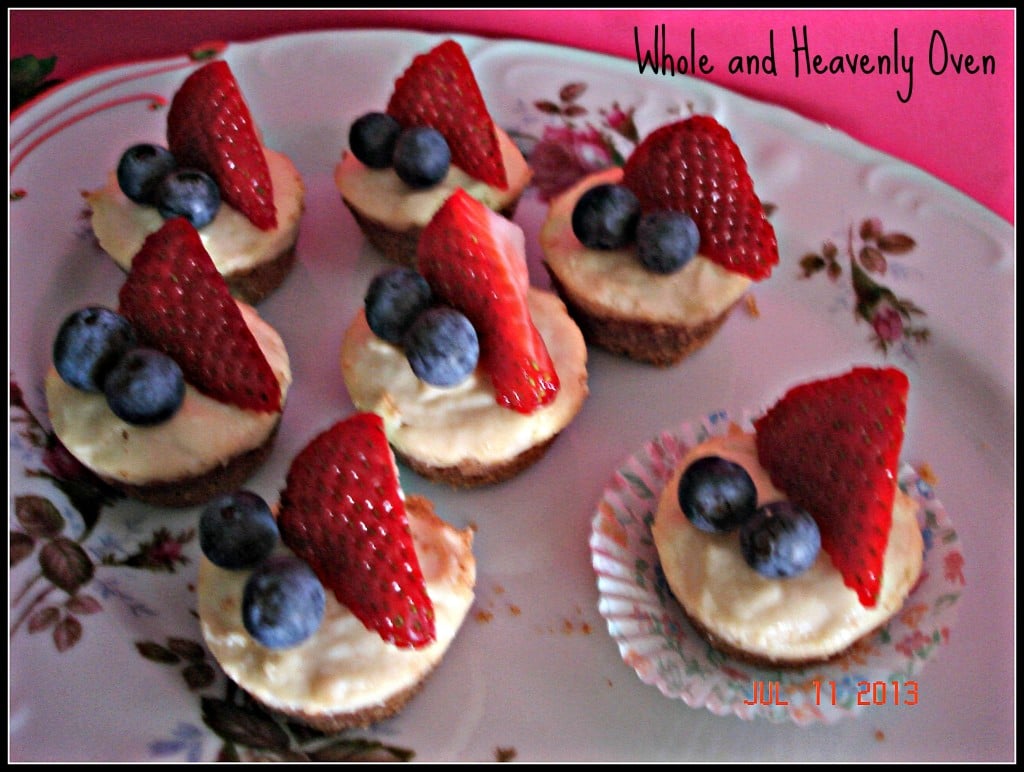 I’m currently working on testing dessert recipes for my grandparents 50th wedding anniversary party. I was honored (and thrilled!) when they asked ME to make all the desserts for their party, which is one month from today. These cheesecakes were one of the testees I tried out and I’m pleased to report that they passed my family’s taste tests with cheesecake-covered mouths and begs for more.

I don’t think I’m going to have to do too much convincing to assure my grandparents that they definitely want these cheesecakes for their party. These were, in a word, AWESOME. 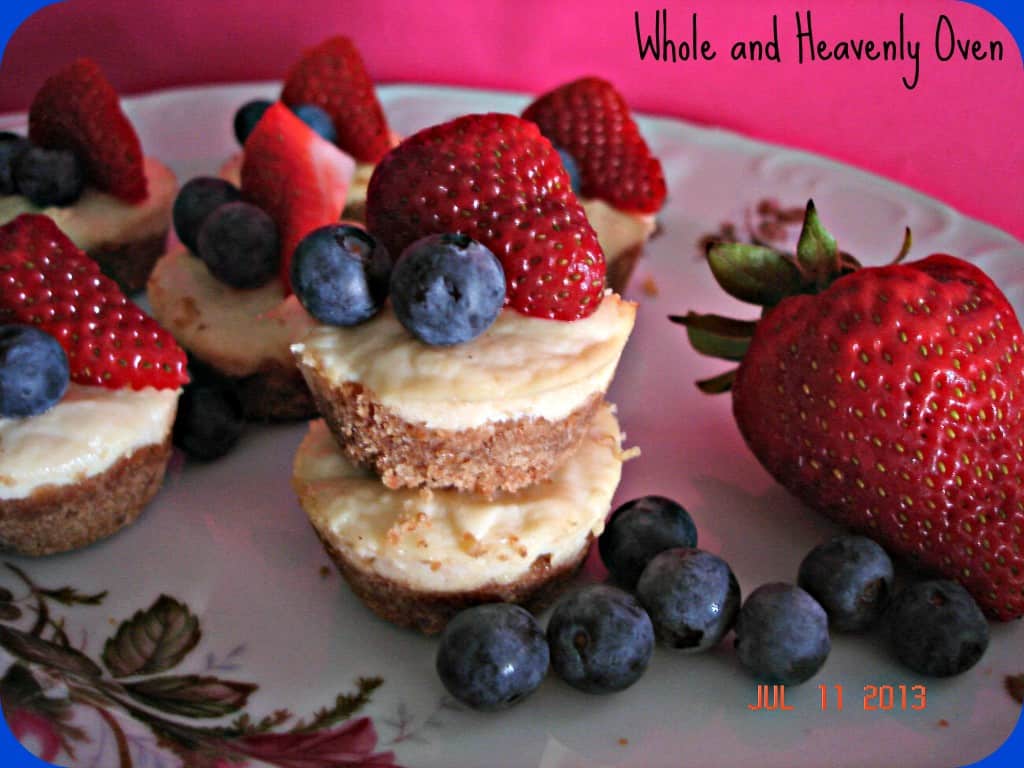 Let’s talk about the crust: The crust is, in my opinion, the absolute best part. Obviously because it’s a graham cracker crust. But it’s also like the easiest part. Toss the cracker crumbs with a touch of cinnamon and a little bit of melted butter; press it in the mini-cupcake tins, and ‘voila! You don’t even have to pre-bake the crust–It will bake right with the cheesecake filling.

The filling is pretty basic. Cream cheese. An egg. Just a touch of honey. A hint of vanilla. And a small amount of flour, just to hold the filling together.

From there, you just bake ’em, cool ’em, chill ’em, and top ’em with fresh blueberries and strawberries. I LOVE fresh fruit on my mini-cheesecakes. It makes them look sooo pretty and adds way more flavor than just plain, old cheesecake. Although I will admit that these cheesecakes were great even without fruit. But why go there? It was absolutely perfect with addition of fresh blueberries and strawberries. Plus making them a better… health benefit? 😉

I prefer my cheesecake cold—my siblings? They do not care one bit and will devour them anyway. If I had a nickle for every time I’ve had to fend off pesky kids, make DO NOT TOUCH signs with a skull and crossbones, and guard my precious baked goods, while armed with a rolling pin (KIDDING) I could afford to buy my dream kitchen makeover AND a luxurious vacation in Nebraska to stay in those amazing nebraska hotels. That’s one place that I have always wanted to go, Nebraska. You might be thinking, well what about places like Hawaii? Yawn. Been there done that. But anyway, all this probably in less than two weeks. 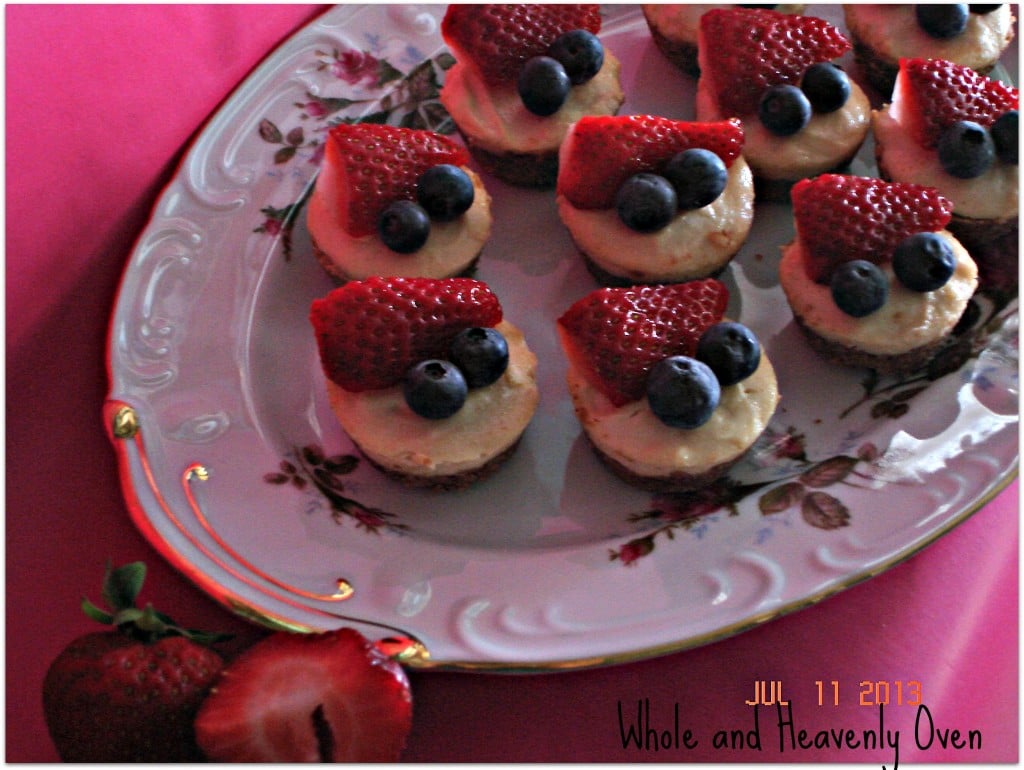 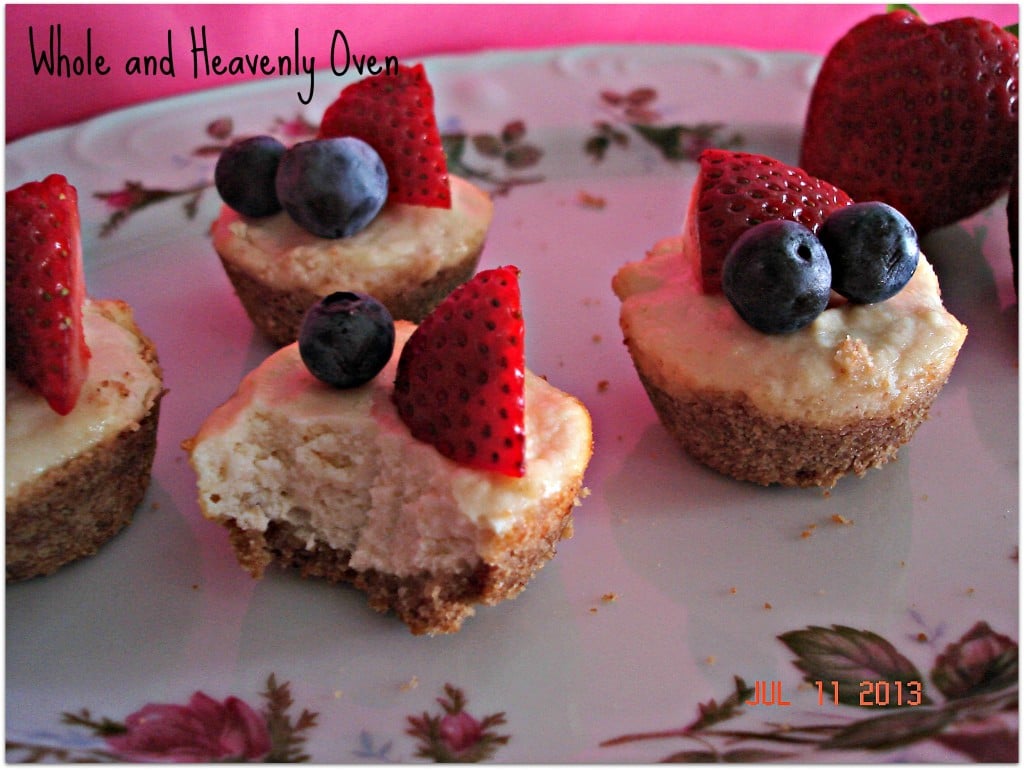 But getting back on track now, I like to chill my mini-cheesecakes at least one hour. This gives the cheesecakes just enough time to firm up and get nice and cold for that first luscious bite 😀 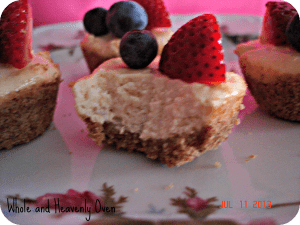 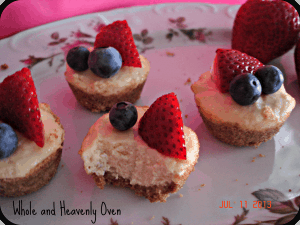 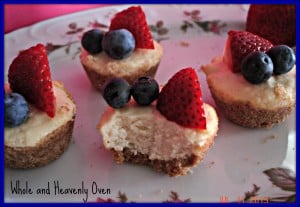 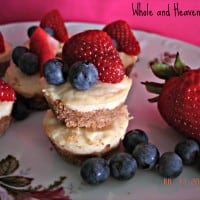 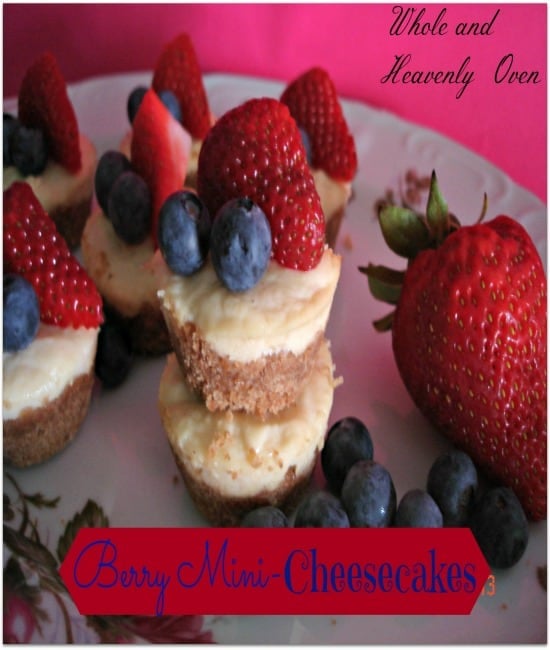