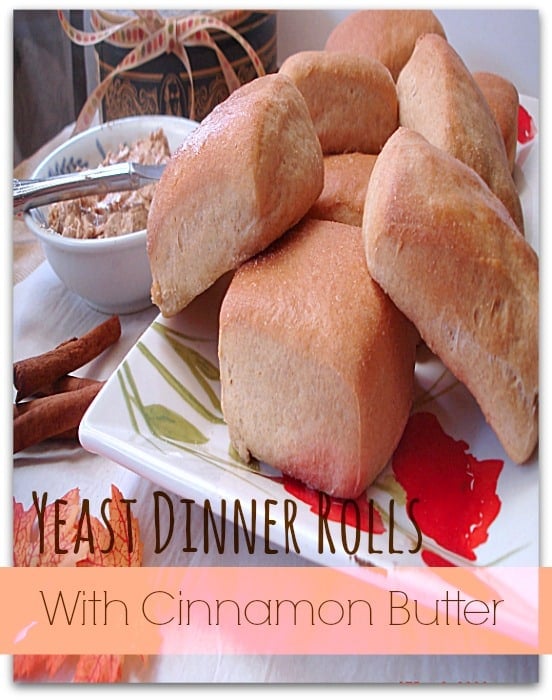 If I had to choose one food to eat for the rest of my life I would choose these rolls in a heartbeat. 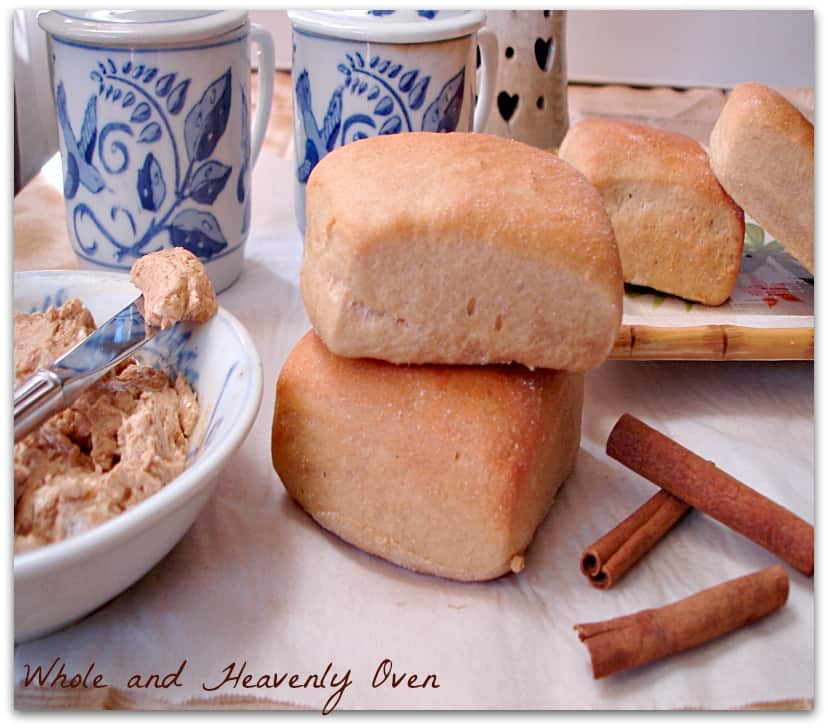 I am totally in love with these rolls for 3 reasons:

2 They come with an sinfully-delicious cinnamon butter.

3. They are the lightest, fluffiest rolls I have ever had the pleasure of consuming. 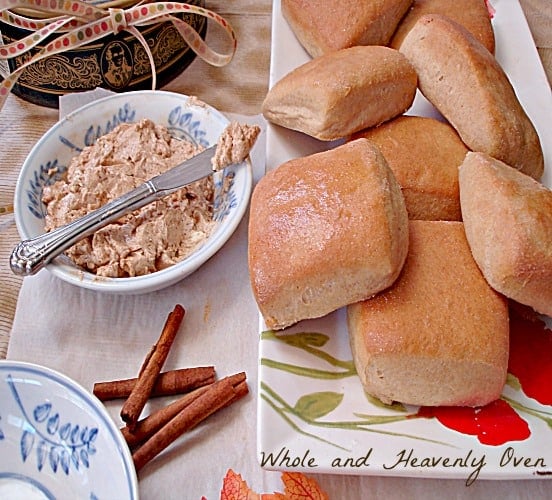 I love love love yeast anything…It’s one of my favorite things to bake..and eat! These rolls have definitely made it to the top of my fave yeast breads list..I have no doubt in my mind that you will agree wholeheartedly with me after one bite of these soft rolls, warm from the oven with sweet cinnamon butter melting down the sides…

I tell you: These rolls are a dream. To make AND to eat! 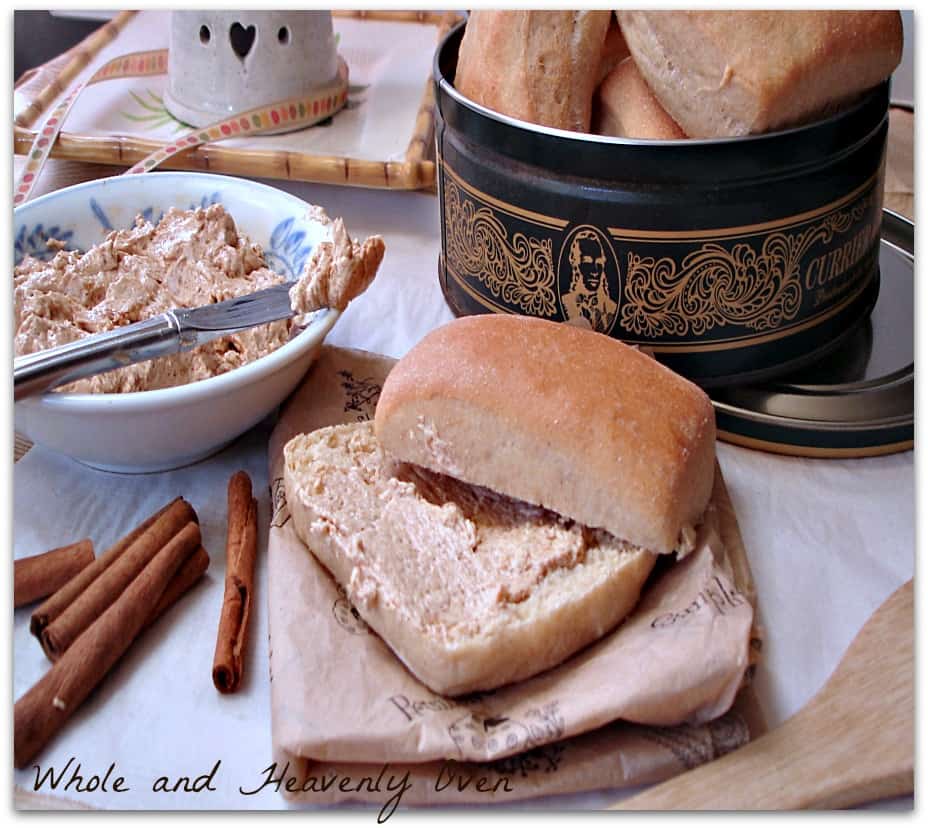 One of the best parts? The ingredients for these rolls are so basic that you probably have them in your pantry right now!! So you have no excuse NOT to make these rolls right this second!!

Use a stand mixer. I would not recommend making these rolls without it—Now anyone who knows me knows that I usually don’t like to use my stand mixer to make breads—I would much rather stir it and knead it by hand…I suppose because I just like to feel that I’m in complete control of how the bread looks and feels in my hands. But using a stand mixer for these rolls is very important in how they will turn out….After you have dissolved the yeast in the warm water and milk, added the rest of the ingredients, and mixed at low speed until a ball of dough forms; you’re going to mix at low speed until the dough pulls away from the edges—now you’re going to let the dough rest for 5 minutes…(This is important!!) After your dough has rested, now it’s time to knead it—Raise the speed of your mixer to medium and let the mixer do the kneading while you sit back and watch! It took my mixer 4-5 minutes to get the dough really smooth and elastic—This is what you’re going for: Smooth. The dough should not be sticky and tacky. If it is slightly sticky, add 1 tablespoon of additional flour at a time until dough is no longer sticky.

Once your dough is kneaded, as usual, you’re going to place it in a greased bowl and let it rise until doubled. It took about 1 hour for my dough double.

You might be wondering how I got my rolls into a nice, neat square shape—Rather than just forming balls of dough, instead you’re going punch your risen dough down and then (on a floured surface) roll it into a rectangle  to 1-in thickness. Now, with a sharp knife, cut your dough into 15 squares. Place your dough squares on parchment-paper lined baking sheets and now it’s time for the second rise: It only took my rolls  about 30 minutes to double in size..

Now let’s get on with the baking! Bake your rolls at 350° for 15 minutes. They should be nice and plump and golden when they’re done. Add to their delicious-ness by brushing each warm roll with butter. You should be drooling by now 😉 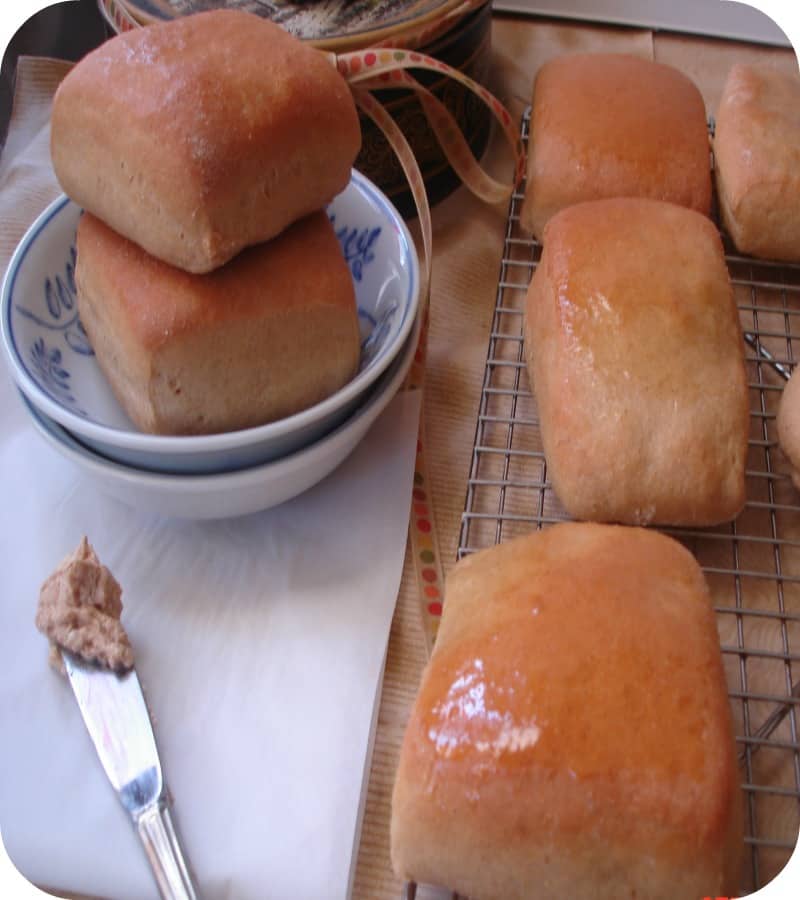 While your rolls are baking, take a sec to whip up your cinnamon butter. With an electric hand mixer, beat softened butter, honey, and ground cinnamon until smooth and combined.

Once your rolls are done, I would suggest immediately breaking one open and smearing it generously with your cinnamon butter. These rolls taste the absolute best when they’re warm. Don’t forget to stash a few away for yourself ’cause trust me, they disappear that fast. 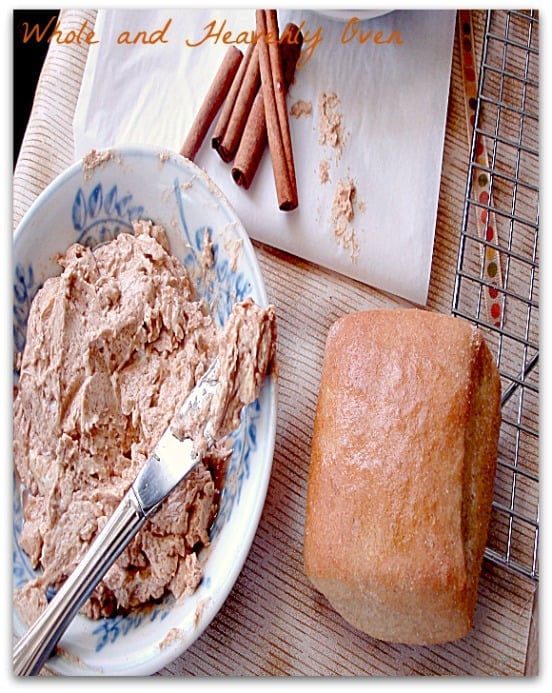 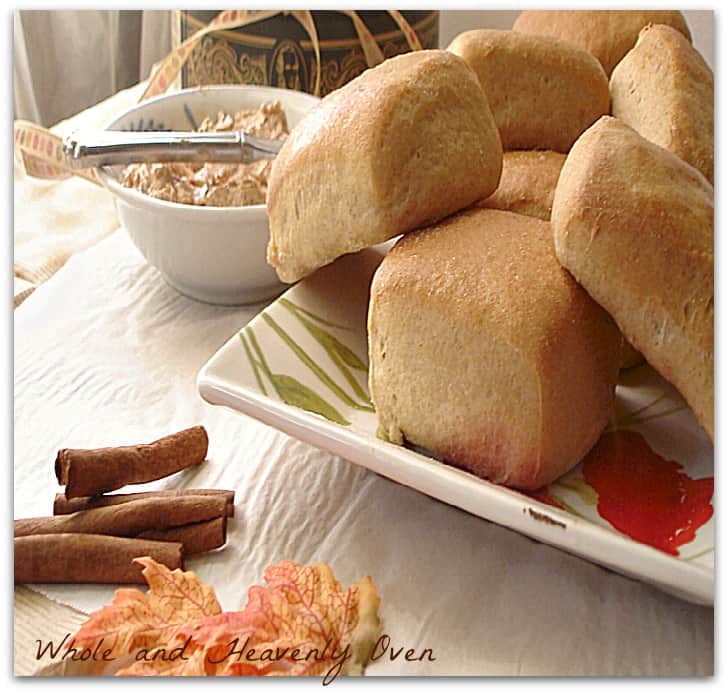 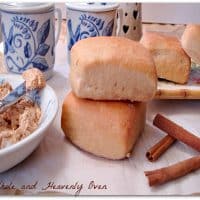