This pretty layered mango raspberry smoothie is SO easy to blend up you’ll want to make it every single morning! The two colorful layers of smoothie goodness will start any morning off right. 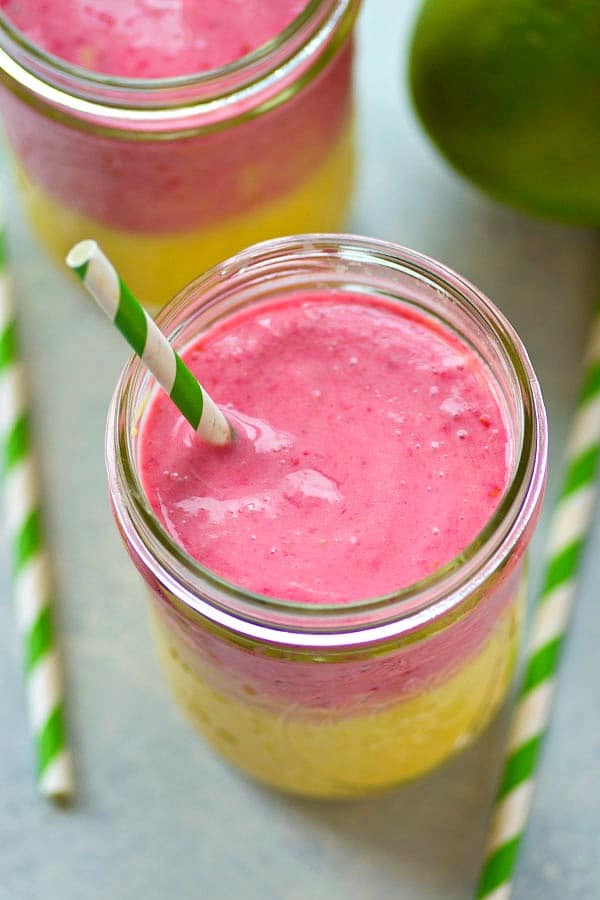 Whoever said pretty breakfasts were too hard to make…clearly never met a double-layered mango raspberry smoothie.

I don’t think I’ve ever sucked down a smoothie faster, tbh, guys. 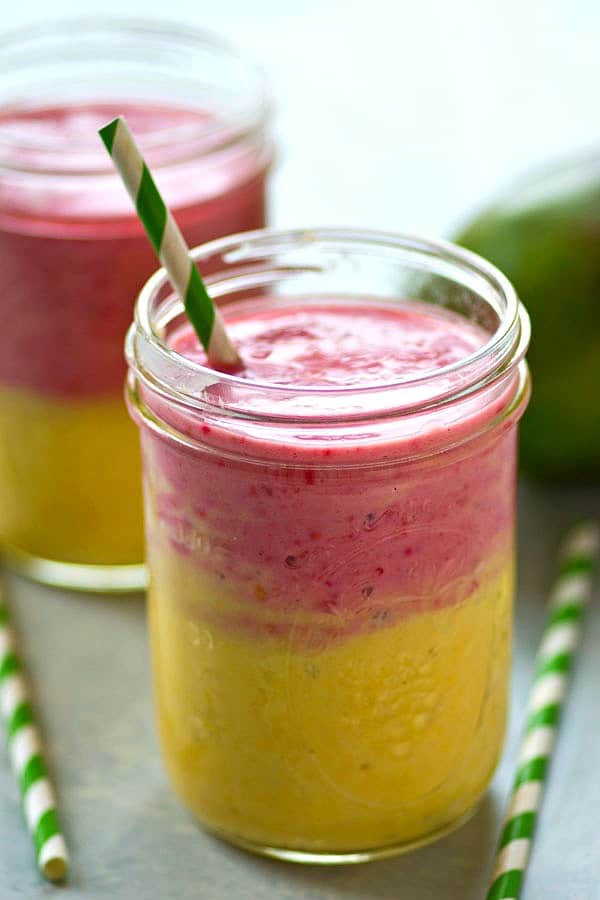 So question: what’s the next best thing up from a regular fruit smoothie? The answer is a DOUBLE-whammy of fruit which is actually equivalent to two different smoothies.

All hanging out in two-tone layer-land in ONE glass. Heck yeah, smoothie goals. —> 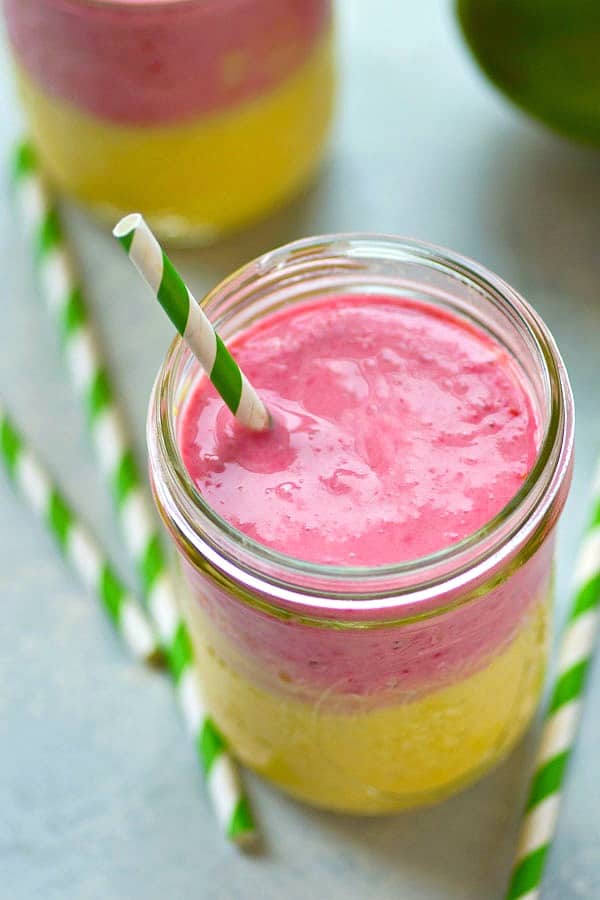 It honestly feels weird even calling this mango raspberry smoothie a recipe because it’s just about as basic as breakfast could possibly get. Where’s all my lazy breakfast-eaters? I know you’re out there.

Probably the hardest part involved in this smoothie is just blending up the two separate layers. Literally only takes a few seconds and seriously, though, those pretty layers? They’re pretty much everything. 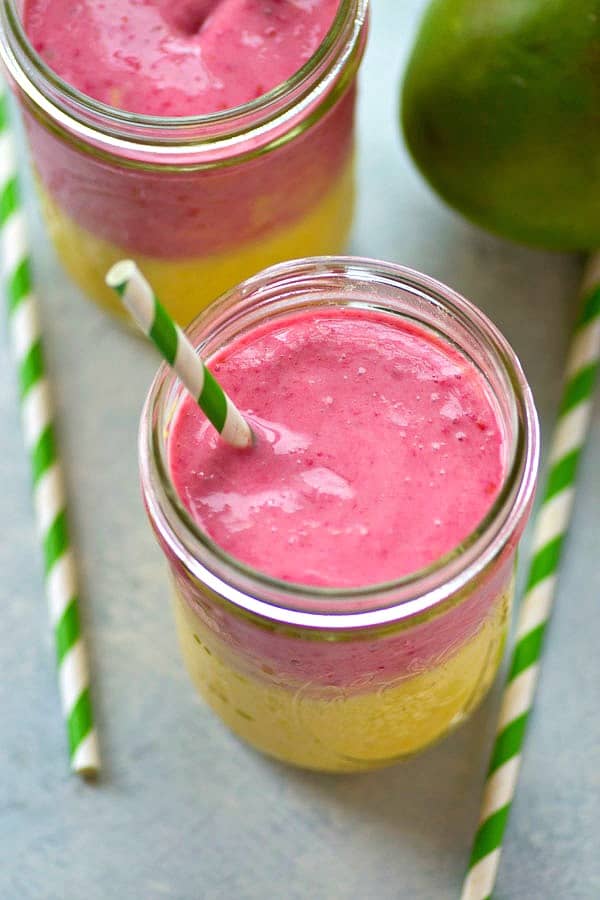 Who else is ready to defeat a never-ending February with me?? This smoothie is gonna do exactly that btw.

Brb, I think it’s time for another smoothie. ♥ 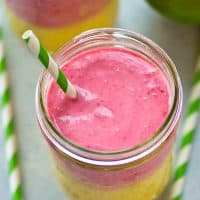 This pretty layered mango raspberry smoothie is SO easy to blend up you'll want to make it every single morning! The two colorful layers of smoothie goodness will start any morning off right.
Prep Time 5 minutes
Total Time 5 minutes
Servings 2 servings
Calories 364kcal

More morning sippers right this way! This coffee one is my current obsession.