This loaded sun-dried tomato penne skillet is an entire dinner-in-one and so flavorful and easy to throw together, it’ll quickly become a weeknight dinner regular! 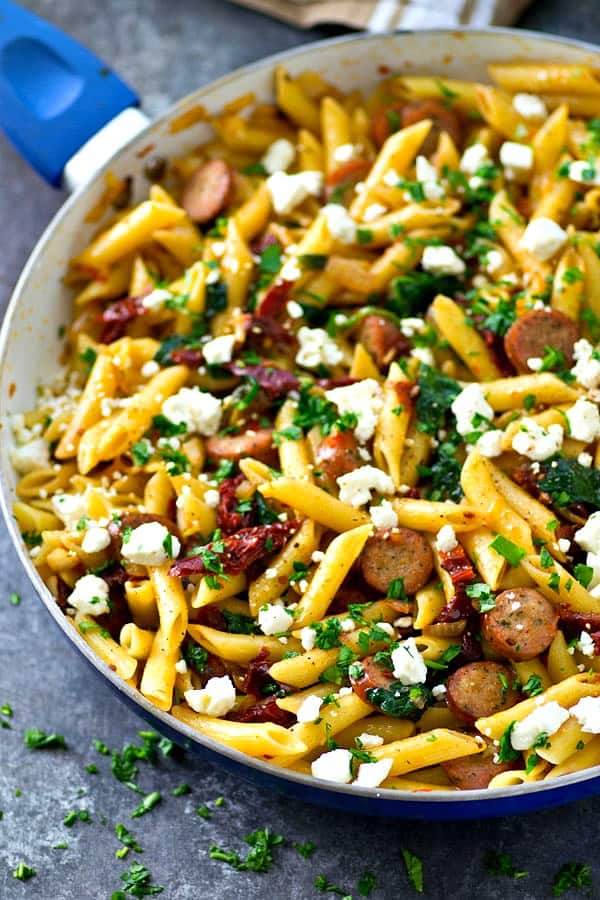 Seriously, do we ever make our dinner in anything else around here these days?

A silly question that I obviously don’t need you to answer. Is it time to eat a penne skillet already? I think so.

Let me run y’all super quick through all the components this gorgeous dinner penne skillet holds. Flavorful sun-dried tomatoes + sausage + spinach + feta + carbs = a dinner I definitely want in on. 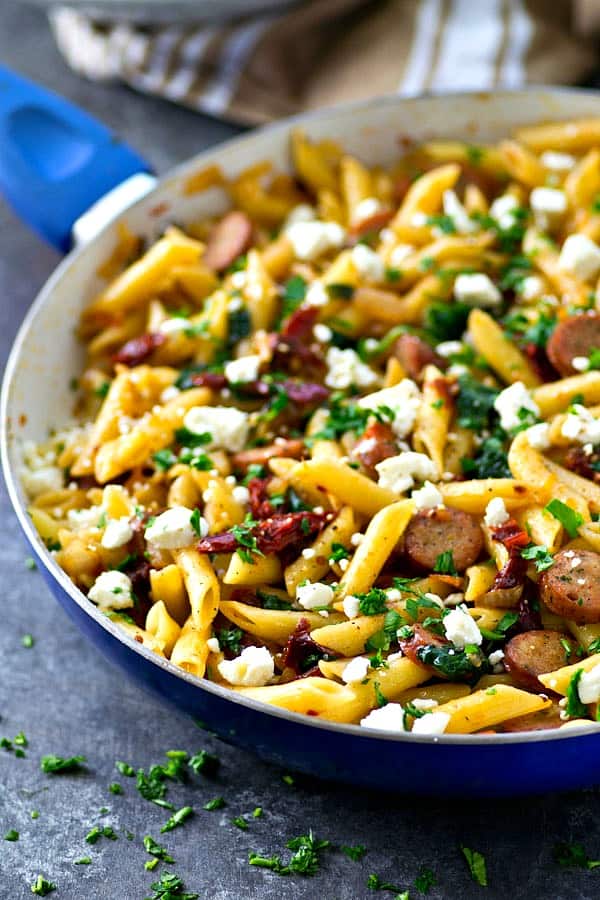 Then there’s the fact that it’s yet another skillet dinner and a 25-minute recipe to boot. Basically a whole meal-in-one too?? It’s got the meat, veggies, and carbs so that’s a yes.

That’s also a yes to eating the entire pan in the space of one evening. Well, obviously? 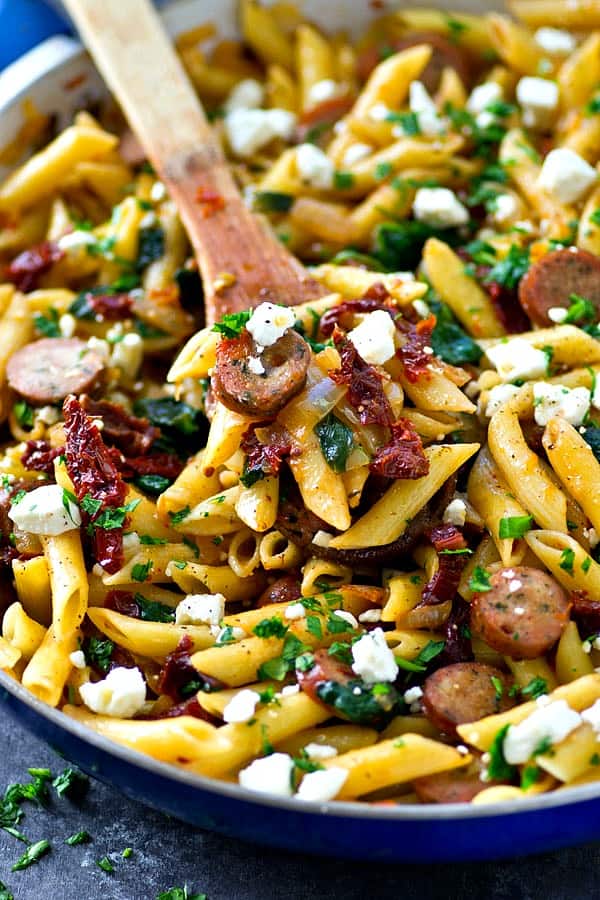 I mean, seeing how you’re only going to have to wash ONE skillet as far as dishes go, you’ll certainly have time to demolish all of the contents of said skillet.

Tell me you’re ready to dive right into the center of this. Because if you aren’t, I sure as heck am and will. 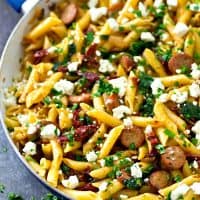