Soft, cake-like vanilla cookies and a tangy raspberry cream cheese filling are the perfect match in these insanely gorgeous whoopie pies! There’s no stopping at only one. 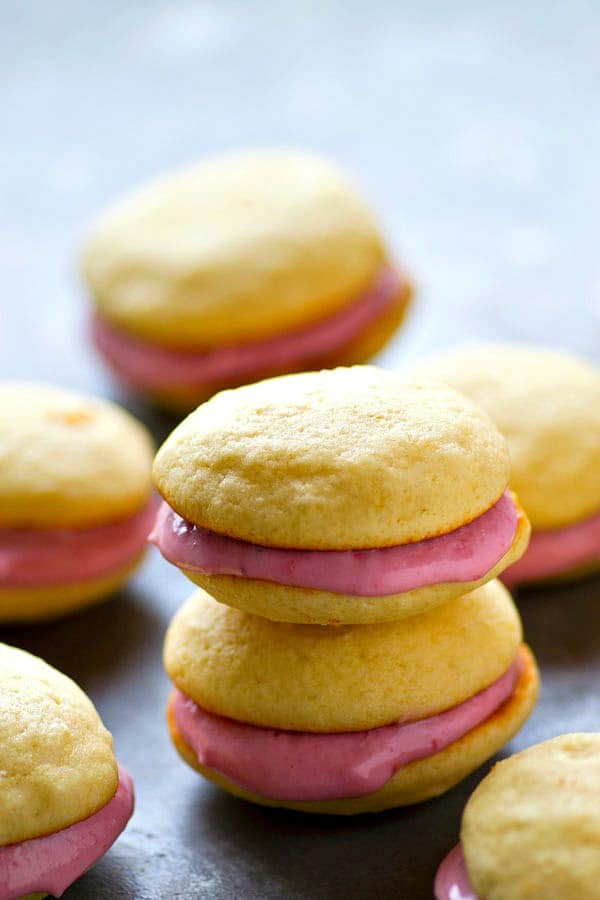 I’ll give credit where credit is due, guys. These adorable little whoopie pies you see today were solely Jason’s idea. I’m just the one who made ’em because hey, that boy has good ideas sometimes but only sometimes. ??

Remember these little cookie sandwich guys a few weeks ago? I ended up giving that whole batch to Jason even though he’s not the hugest chocolate fan. 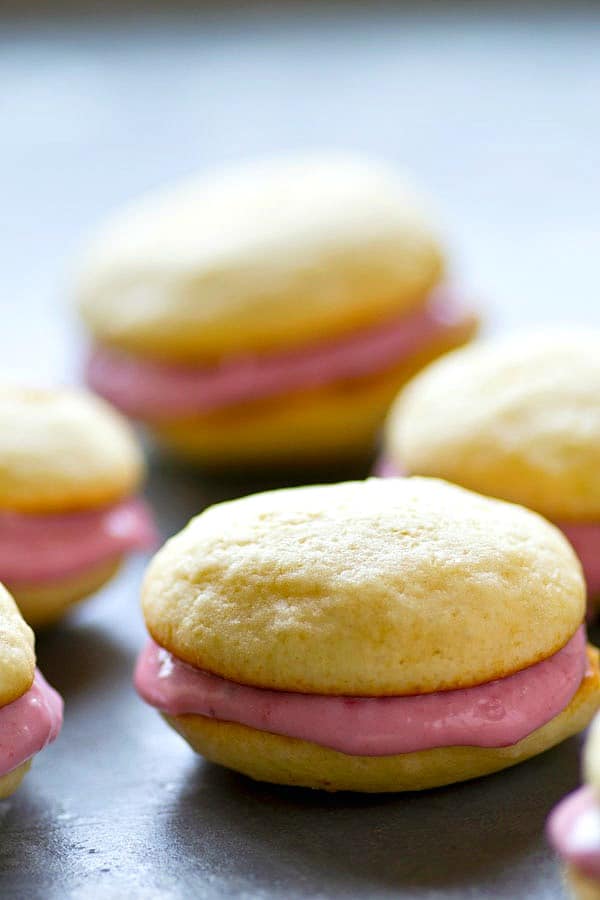 He claimed that he still loved them either way and then a few days later he calls me with this self-proclaimed “amazing recipe idea that I absolutely have to make.” Basically he wanted like the same thing only with a lighter, cake-like vanilla cookie. And heavy on the vanilla because it’s his favorite thing. ?

I humored him and made him exactly what he asked for. Aaaaaand then promptly forgot them at home. ?? Batch number two of Jason’s Whoopie Pies actually made it into his hands, guys. 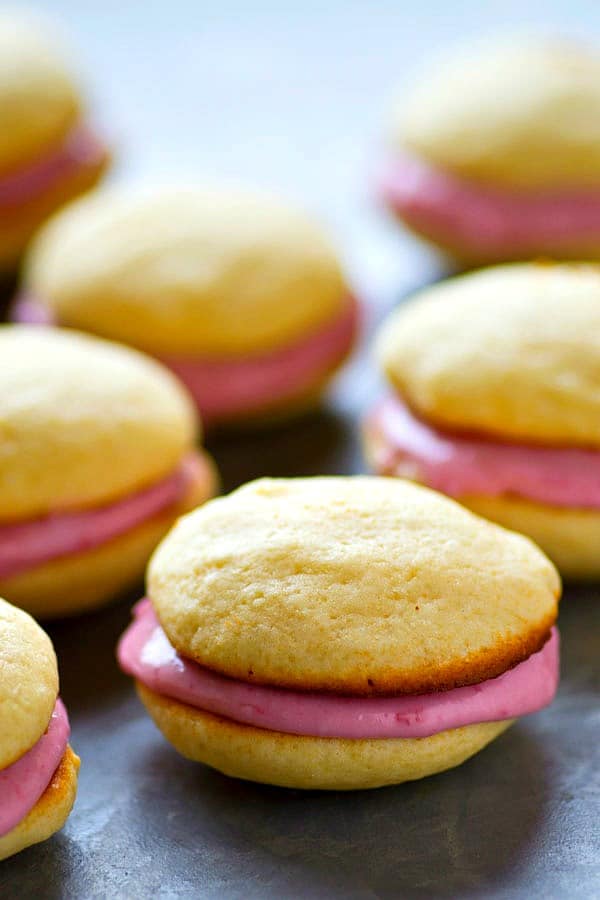 In short, these whoopie pies are actually really, really good, friends. If you’re looking for something a little less decadent to chow down on for dessert, THESE ones are your guy. Boyfriend stamp of approval.

They’re seriously SO freaking easy to pull off too! The vanilla whoopie pie cookie is an easy, one-bowl batter and they bake up seriously so golden and crispy on the outside and light and fluffy on the inside.

Speaking of inside…we’re gonna sandwich as much raspberry cream cheese filling as physically possible in between these beauties. It’s just a good plan. 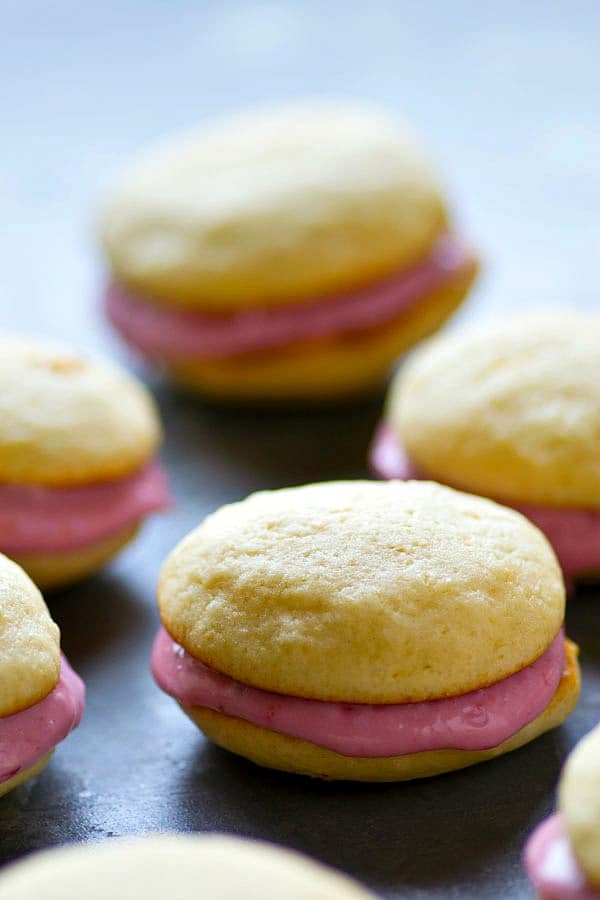 That’s honestly all there is to it, guys! I’d recommend assembling these whoopie pies only just before serving so the cookie portion can stay fluffy and airy, but you can make both components ahead of time for easy assembly later.

Aren’t they just SO pretty? Dudes can have some good ideas sometimes, y’all, I tell you what… 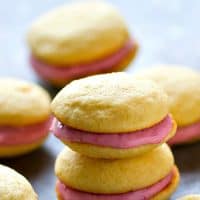