Ultra fudgy raspberry jam swirled brownies are swirled with a homemade raspberry jam and tons of white chocolate for the ultimate romantic brownie! 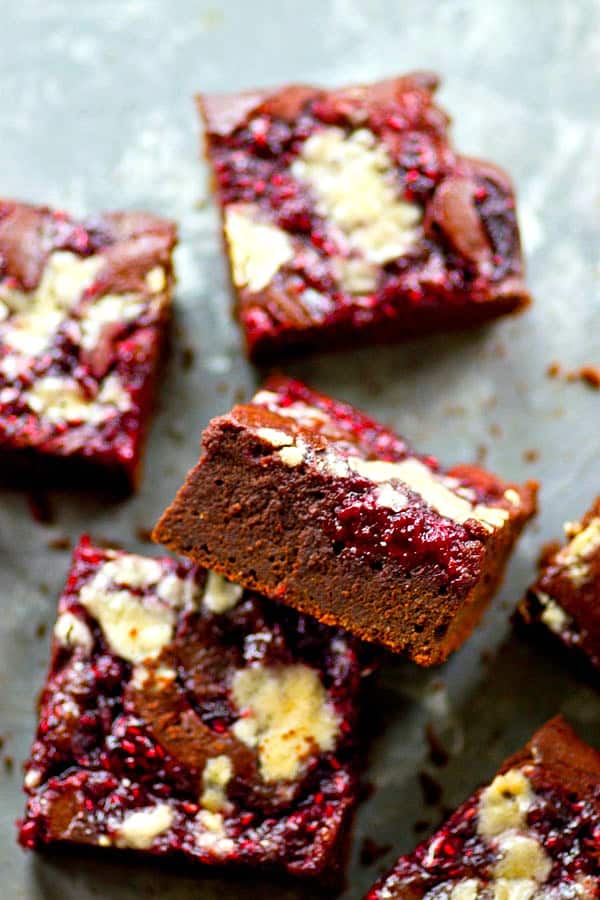 Hellooooo. It’s the brownies you will be hoarding all to yourself. Romantic stuff, amiright?

We’ve got a double whammy of chocolate. And homemade freaking raspberry jam, guys. Hoarding is no doubt going down. 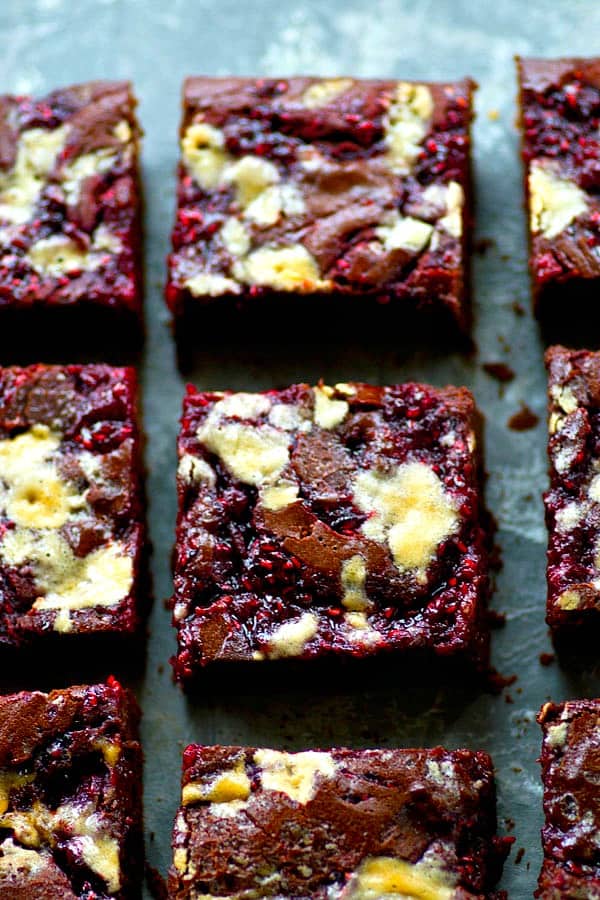 And in the event that hoarding does not work……on-the-spot brownie face shoving should also do the trick.

Lord have mercy, CAN YOU EVEN THESE??? 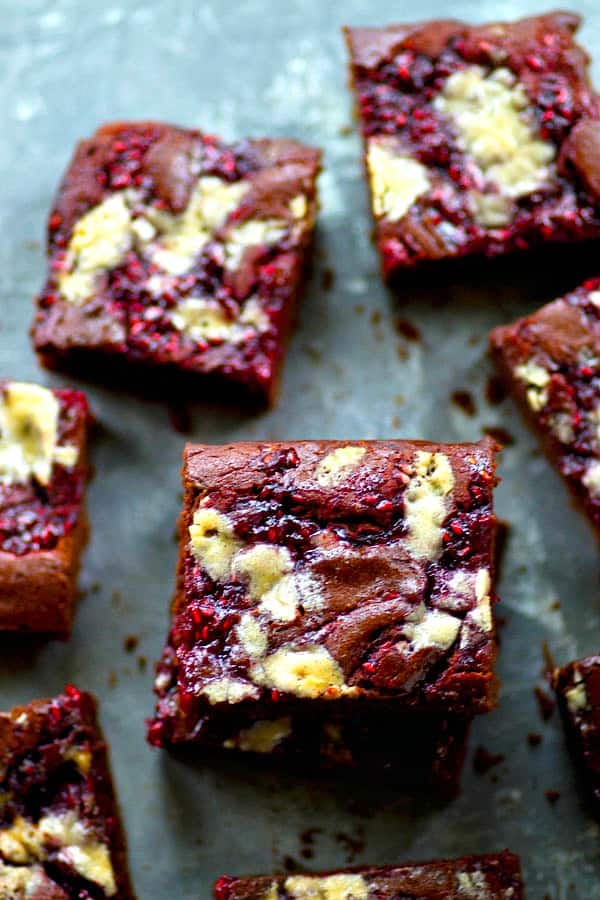 We’re gonna be using the base to ALL the brownie business that goes down around here and giving it a huge-ish twist in the white chocolate raspberry swirled brownies direction.

Big slices of these are kinda a must, guys. THEY ARE SO FREAAAAKING FUUUUUDGY.

Again, hoarding. It is the final step to brownie bliss. 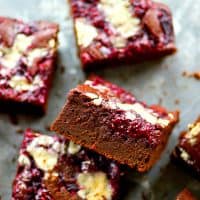