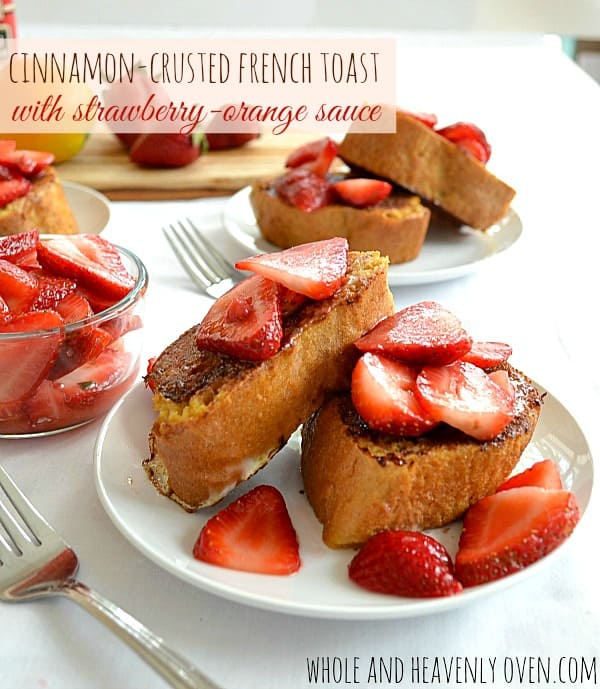 I’m in full summer mode now, and I just can’t get enough strawberries.

I don’t make french toast that often, but when I do, you have no idea how much I enjoy it. Soft, moist, carb-filled heaven, guys.

This is my new favorite version. Anything that has cinnamon sugar and strawberries in the same sentence has gotta be good, right? 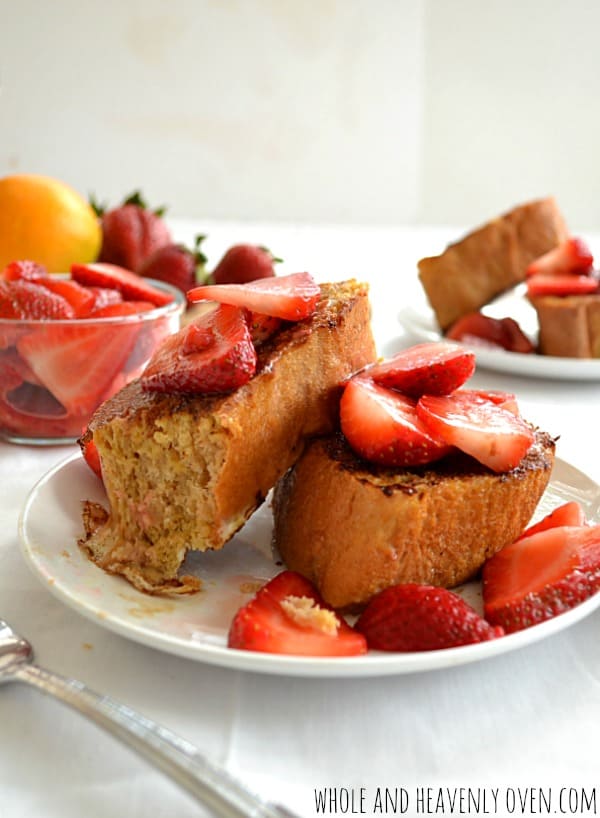 I’ve already eaten my breakfast this morning, but I like really REALLY want to stuff my face with 10 pieces of this gorgeous french toast stat.

I’m pretty sure I could live on this awesome stuff for the rest of my life and be happy. 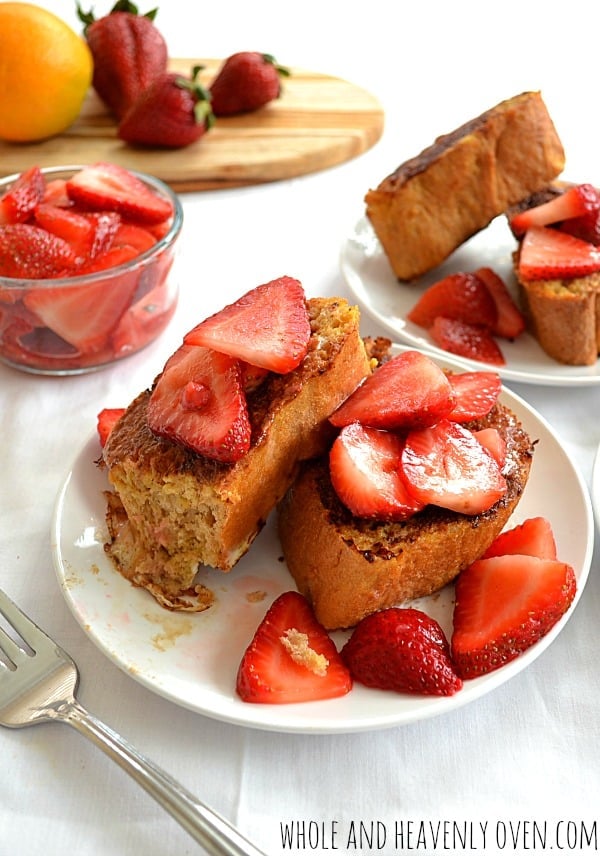 The french toast is pretty much just your basic dip-and-cook french toast recipe, only after you dip the bread in the egg mixture you’re gonna dust those little babies with a  a LOT of cinnamon-sugar. 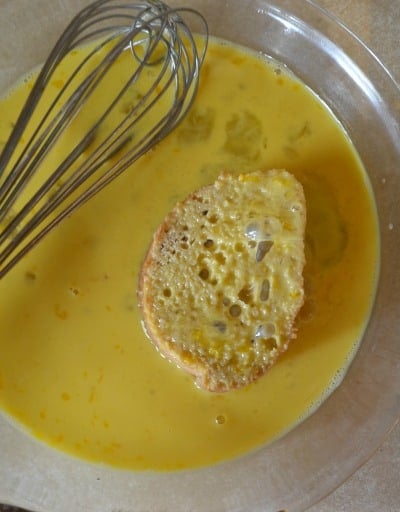 And then cook ’em up to golden french toast perfection. ♥ 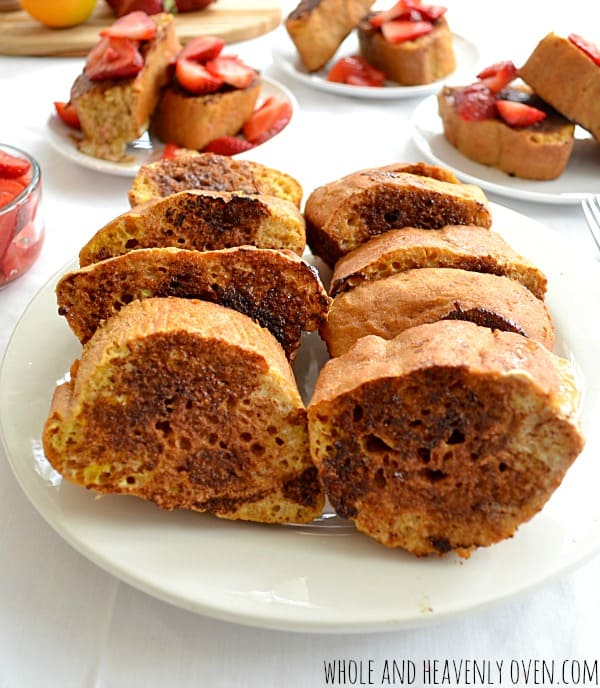 A fresh strawberry-orange sauce is the ideal topping for the moist, cinnamon-y french toast and it’s totally necessary.

You could always top this french toast with maple syrup, but really, it’s practically summer and it’s strawberry season anyway. Buy some strawberries on sale and make this gorgeous berry sauce. 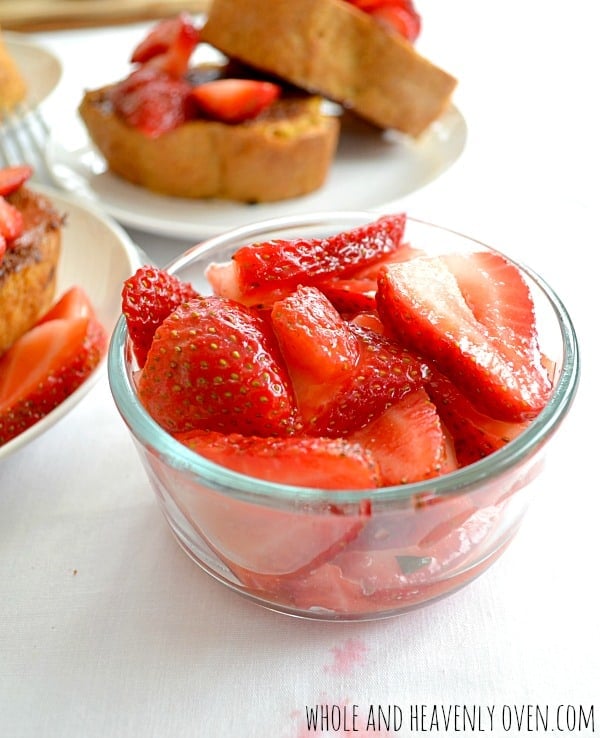 The sauce’s pleasantly sweet and tangy flavor goes perfectly with your golden french toast. They make the best couple, guys. 😀 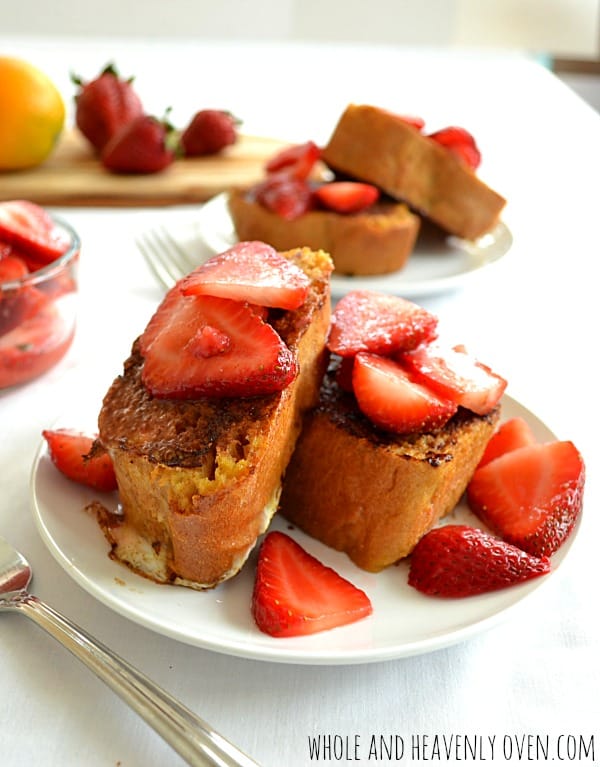 Whammo. Breakfast is on the table in only 20 minutes. Stack this french toast up high and generously top with your luscious strawberry sauce. Then die from happiness.

This french toast would make a perfect Memorial Day breakfast. It’s quick, satisfying, feeds a crowd, and it has strawberries in it so it’s obviously more than appropriate for the unofficial start of summer. 😉 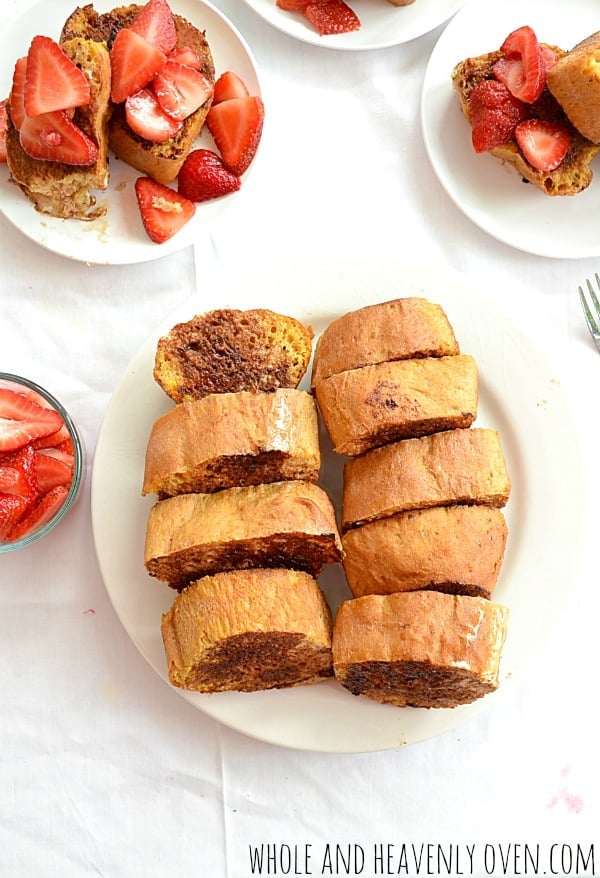 Don’t be surprised if you end up polishing off a enormously-huge plateful of this french toast. I’m actually kind of embarrassed to admit how many pieces I ended up eating.

Let’s just say I had to spend about an hour on the gazelle to make up for it. 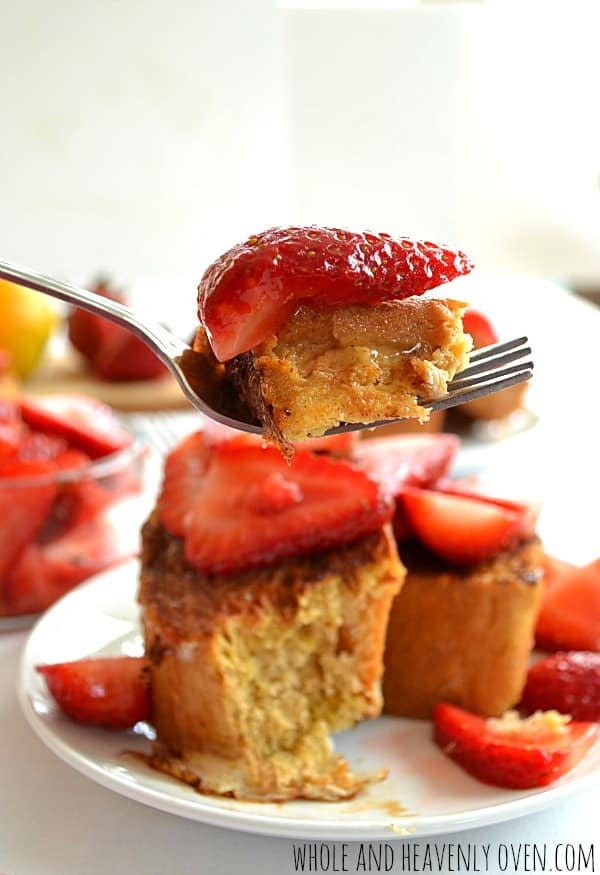 You’ll just have to try this awesome french toast to understand why. 😉 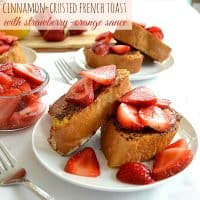 French toast is best if eaten on the day it is made. Strawberry sauce may be stored in refrigerator up to 3 days.
Tried this recipe?Leave a comment and rating below. Feel free to share a picture on Instagram and tag @wholeandheavenlyoven or hashtag it #wholeandheavenlyoven 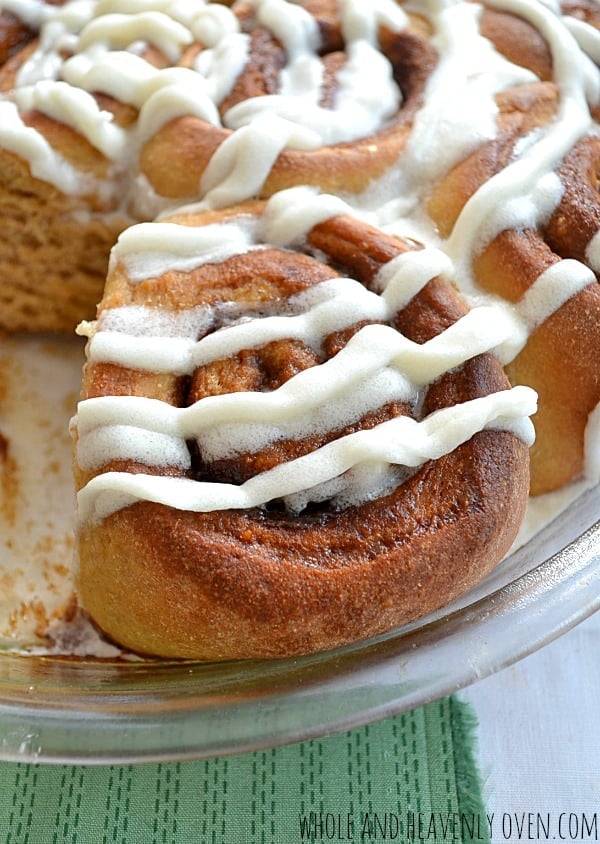 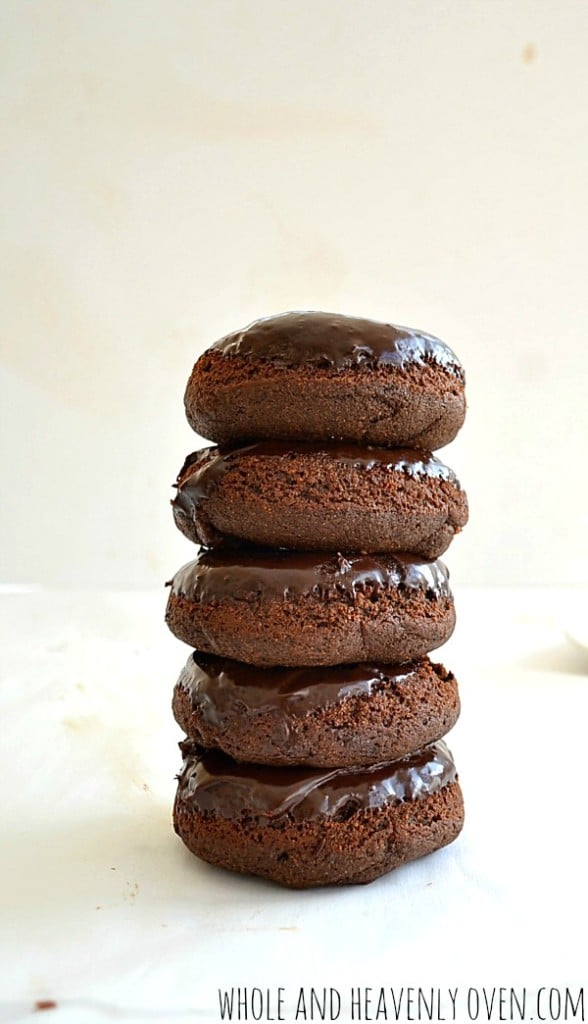 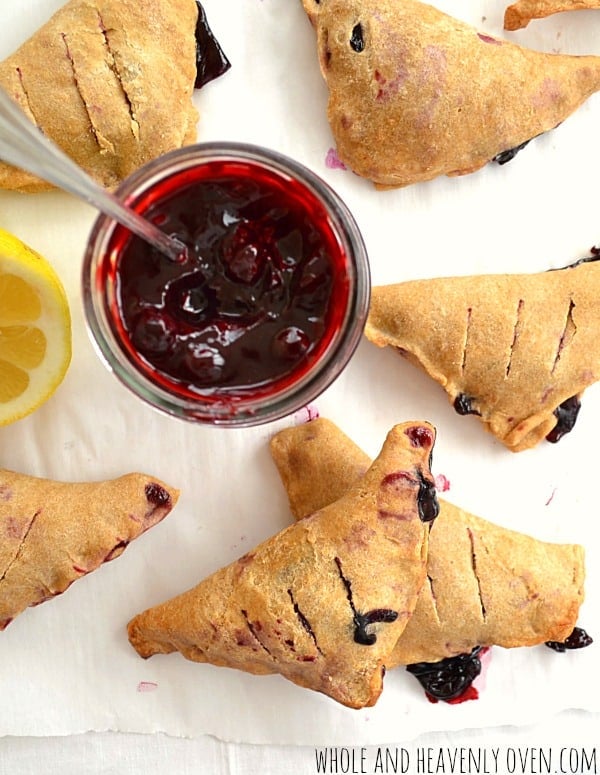