These bite-sized appetizers may be small, but they pack an addicting amount of zippy flavor! Make these poppers for your next party and watch the entire tray disappear. 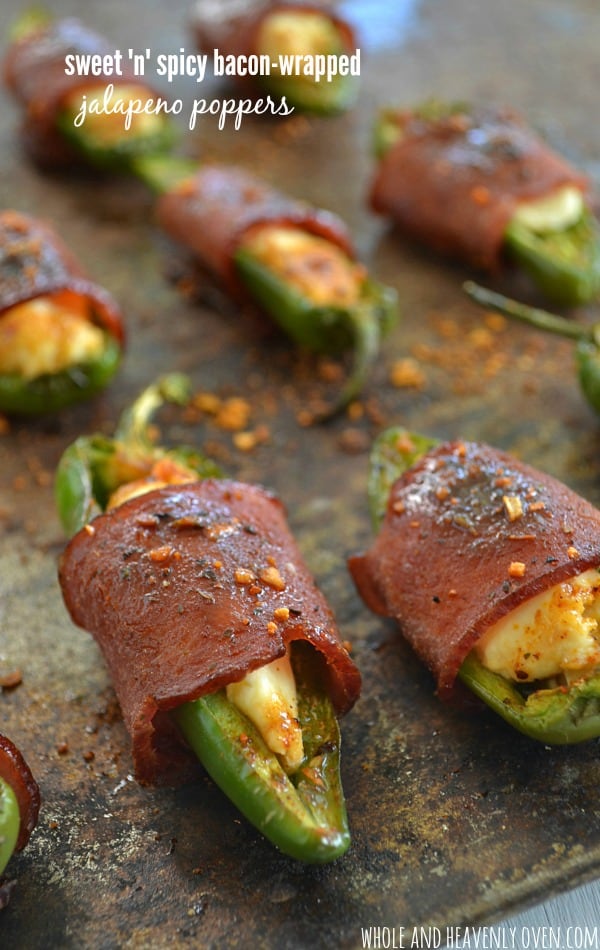 What are a bunch of jalapeno poppers doing on my blog in only August? Well, for starters my jalapeno plant is still producing in mass quantities. Secondly, this recipe idea has been in my head pretty much ALL summer and I just couldn’t wait another 3-ish weeks until football season officially starts.

Pull out the chili pot, the chips ‘n’ dip and all that other Super Bowl Sunday food. Even though football hasn’t started yet, there’s no reason you can’t get a head-start on the food menu.

Taste in advance. That’s my motto. 😉 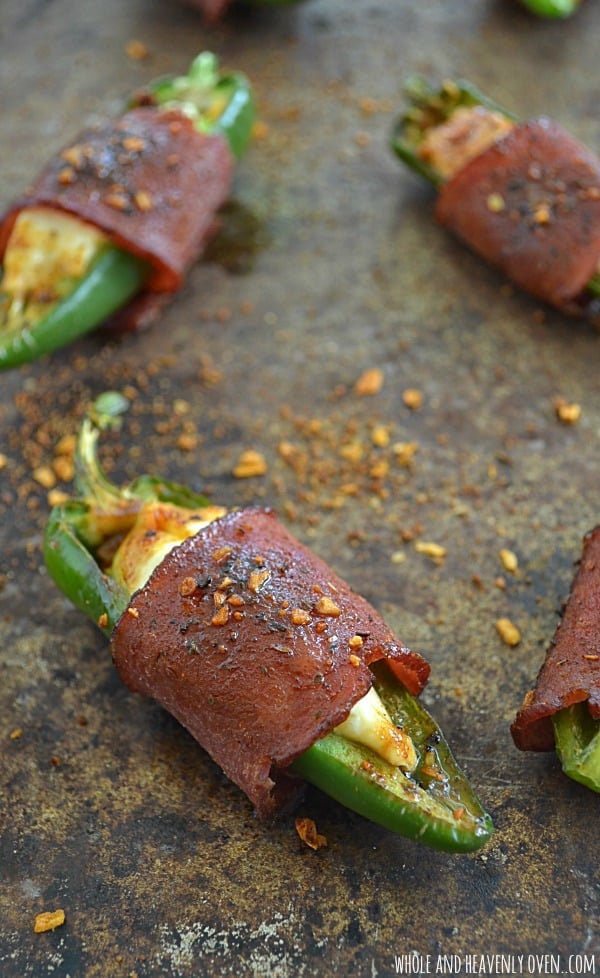 These poppers? Totally my new favorite app in the WORLD. Seriously, you guys probably know my obsession with anything-sweet ‘n’ spicy; but combine that with CHEESE? In a JALAPENO? Wrapped in BACON? 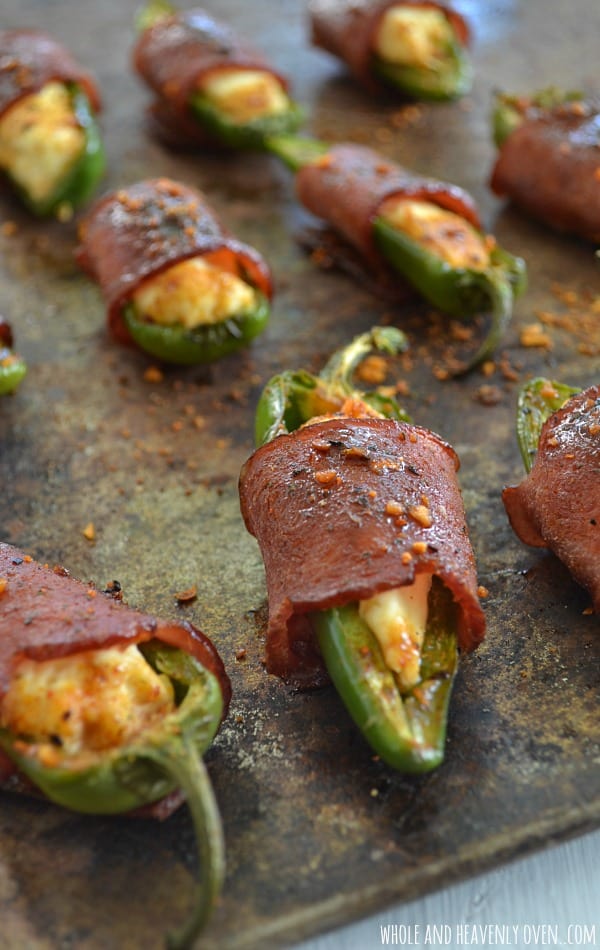 Okay, for some reason I just think “jalapeno popper” is the funnest thing to say.

Can you tell I’m a little riled up? ‘Musta been all those POPPERS I had for breakfast earlier… 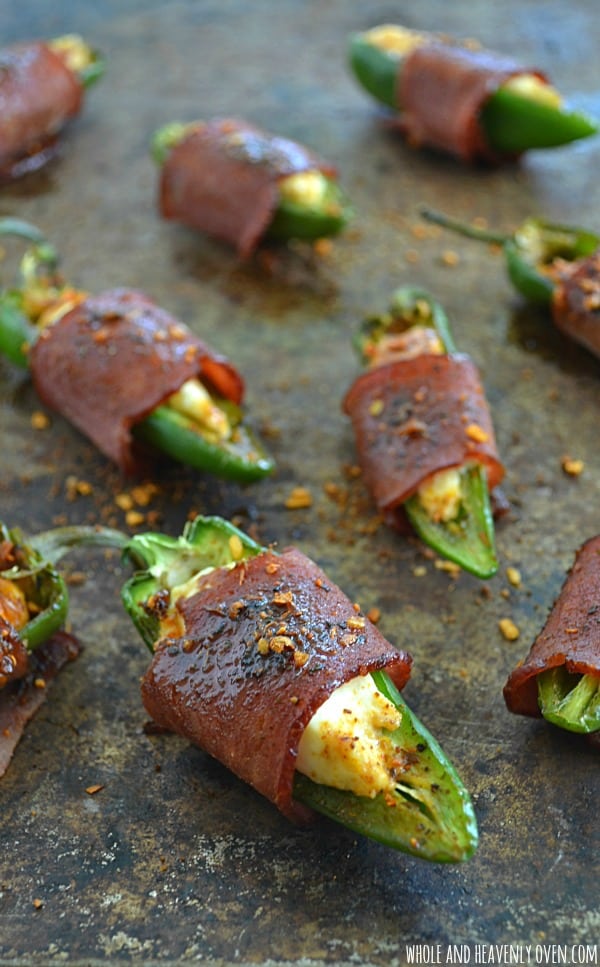 KIDDING. As much as I’m in love with these little ‘thangs, I don’t think I could stomach something so spicy at only 7am.

The word “poppers” doesn’t really give these awesome ‘thangs just. These aren’t just your little lame firecrackers. More like those ginormous fireworks that you gawk at on the 4th of July.

Wow. Only I would start talking about jalapeno poppers and finish up talking about fireworks. Geez, my focus level really needs some work….. 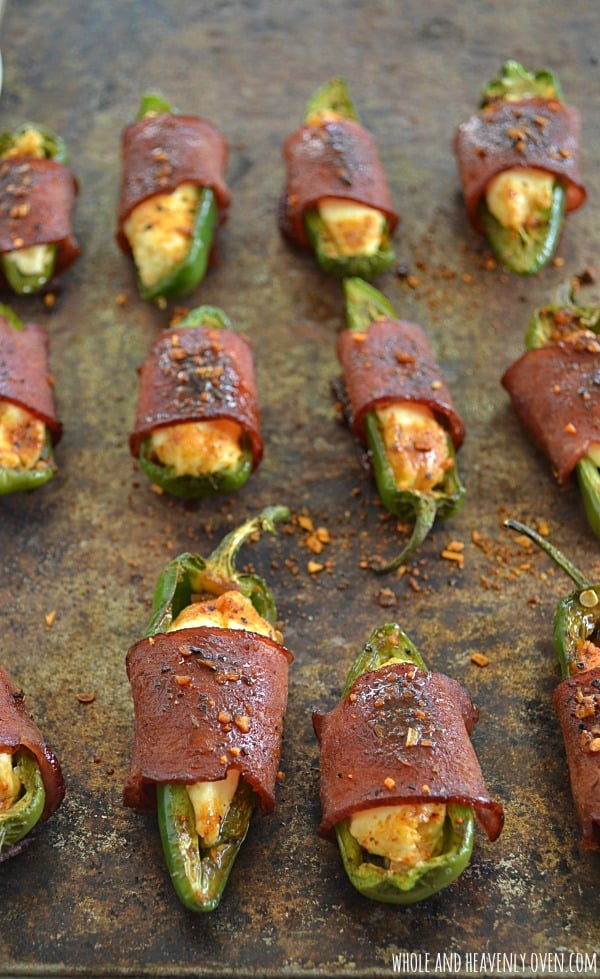 So jalapeno poppers. They really do put the P in PARTY.

Party-in-your-mouth doesn’t even come close to describing these poppers.

My heat-lovin’ older brother proclaimed these poppers a “keeper recipe” so I’m pretty sure batch after glorious batch of these poppers are gonna be requested from him whenever he comes over.

My family loved the nice “zip” of heat in these poppers, but if you’re cooking for the kids, feel free to make these poppers in sweet peppers rather than jalapenos.— It’ll bring the heat level down quite a bit, but they’ll still be totally delish.

It’s a whole new level of YUM. You can make them both ways in one batch and everyone will love these poppers either way you make ’em. SCORE.

Just don’t wait that long to make these poppers, puh-LEEZE! 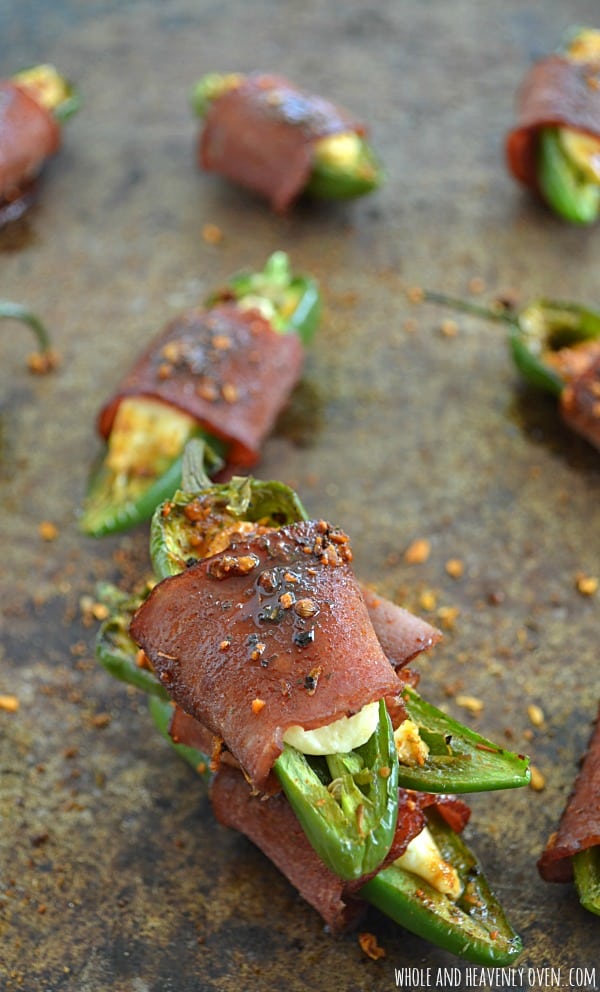 Sooo let’s go over the step-by-step process. They’re so simple, even a child could make them. Or an impatient food blogger…

Stuff them jalapenos with some cheesy goodness….

Wrap those bad boys in bacon… 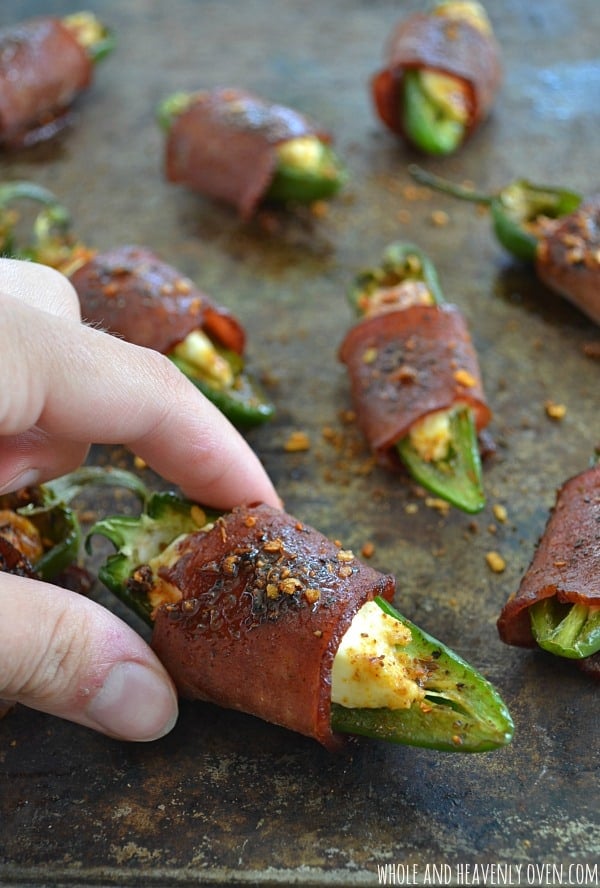 Eat until your tummy hurts. 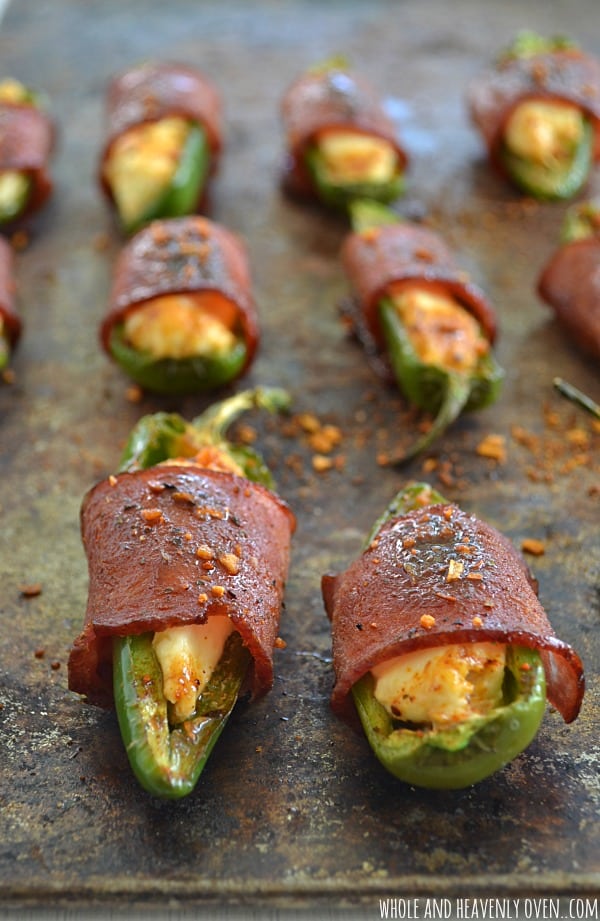 And my job is done here. 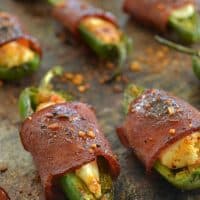 These bite-sized appetizers may be small, but they pack an addicting amount of zippy flavor! Make these poppers for your next party and watch the entire tray disappear.
Prep Time 10 minutes
Cook Time 20 minutes
Total Time 30 minutes
Servings 1 dozen jalapeno poppers

Store jalapeno poppers in refrigerator up to 5 days. Re-heat before serving.
Tried this recipe?Leave a comment and rating below. Feel free to share a picture on Instagram and tag @wholeandheavenlyoven or hashtag it #wholeandheavenlyoven 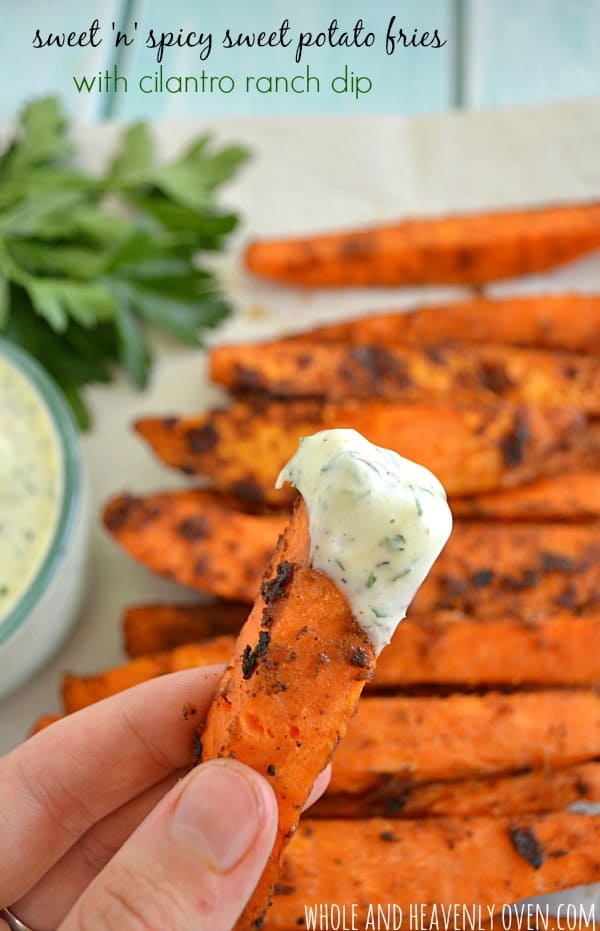