Love apple crisp? Try it in the form of these streusel-covered, grab-and-go bars.—They make an awesome after-school snack, healthy dessert, or even breakfast! 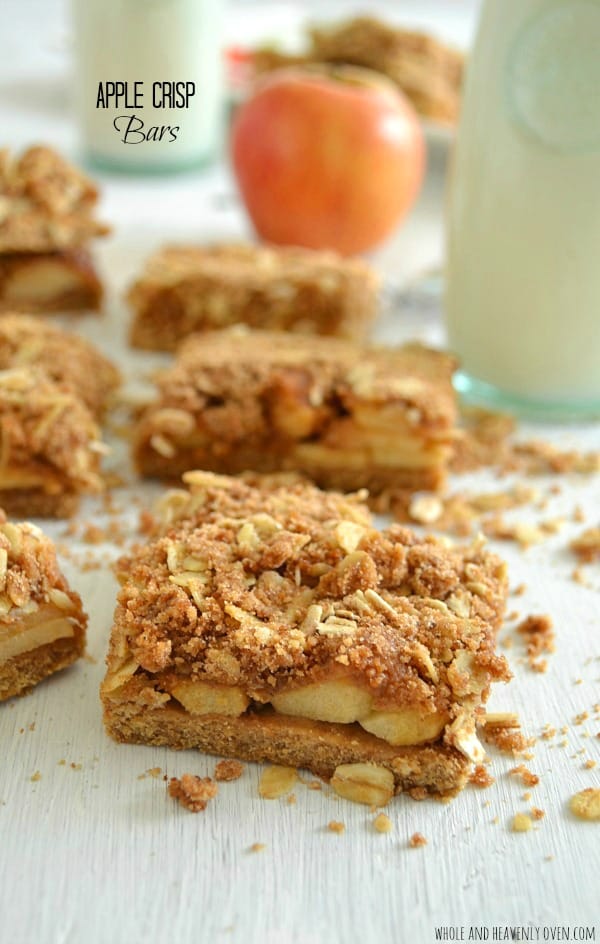 Guess what? Today is the last day of Apple Week.

I know, I’m broken-hearted about it too. But I think I’m even MORE sad about the fact that I seriously must have gained 10 pounds with all this apple recipe taste-testing the past few weeks…. 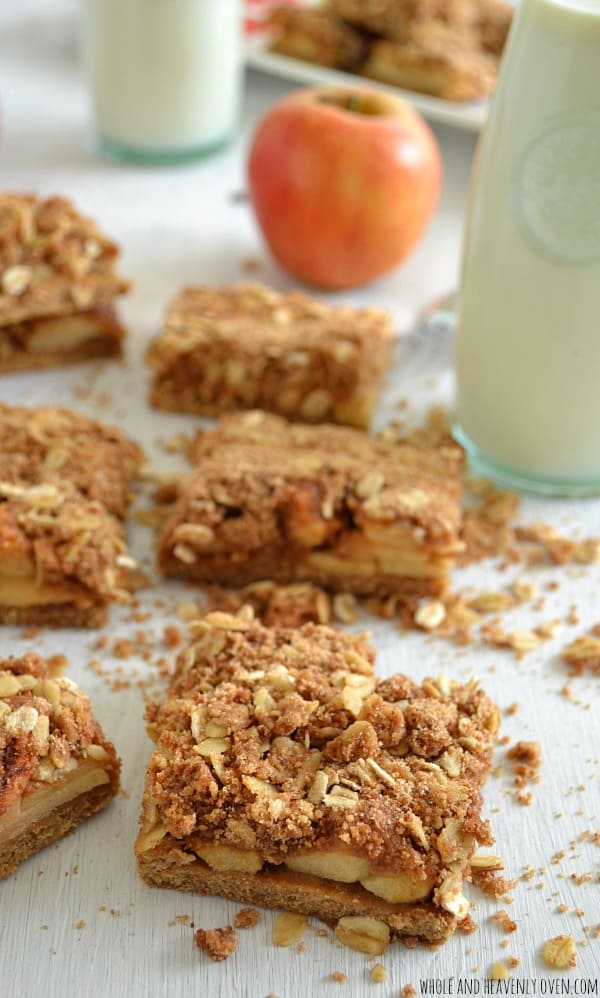 Let’s do a quick 5-second recap of the past week shall we?

Monday: We gorged ourselves on apple upside-down cake.

Wednesday: We all had a tall stack of apple pie ricotta pancakes.

Thursday: Caramel apples with EVERYTHING on ’em took over my blog.

Friday: Morning oatmeal got a HUGE makeover in the direction of caramelized apples.

Saturday: My good friend, Kelly nearly killed me with this cinnamon almond butter dip…with apples for dippers of course.

Today: Apple crisp in the form of bars.

Stick around. This is going in a tasty direction. 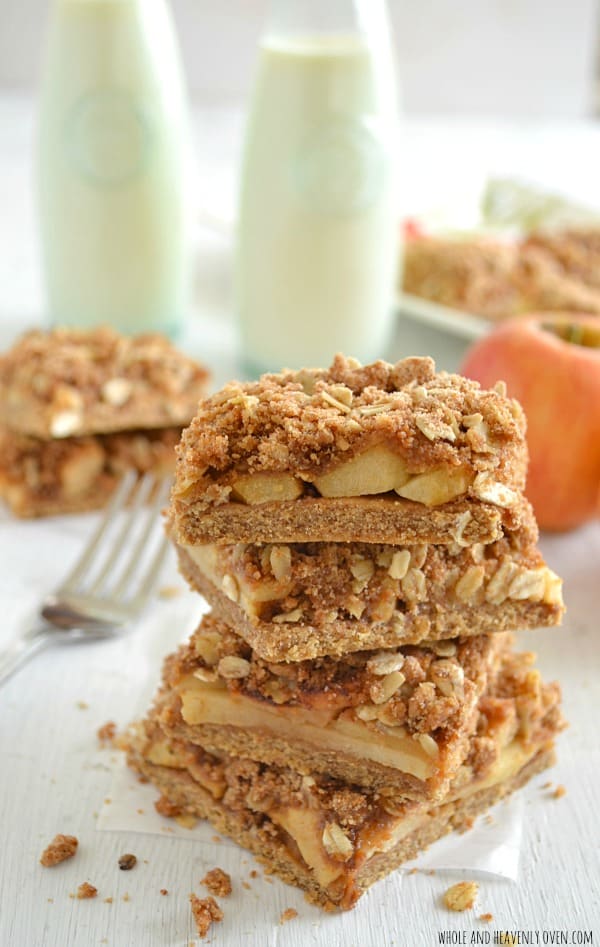 So apple crisp? It’s pretty much my idea of a perfect fall dessert. Paired with a scoop of vanilla ice cream and Food Network on TV and I’m set for the night.

Possibly even for life. ♥

Plus it’s a perfect way to use up all those apples that I hope we all have coming outta our ears by now.

Fall DOES officially start in T-minus 8 days, so start stocking up! 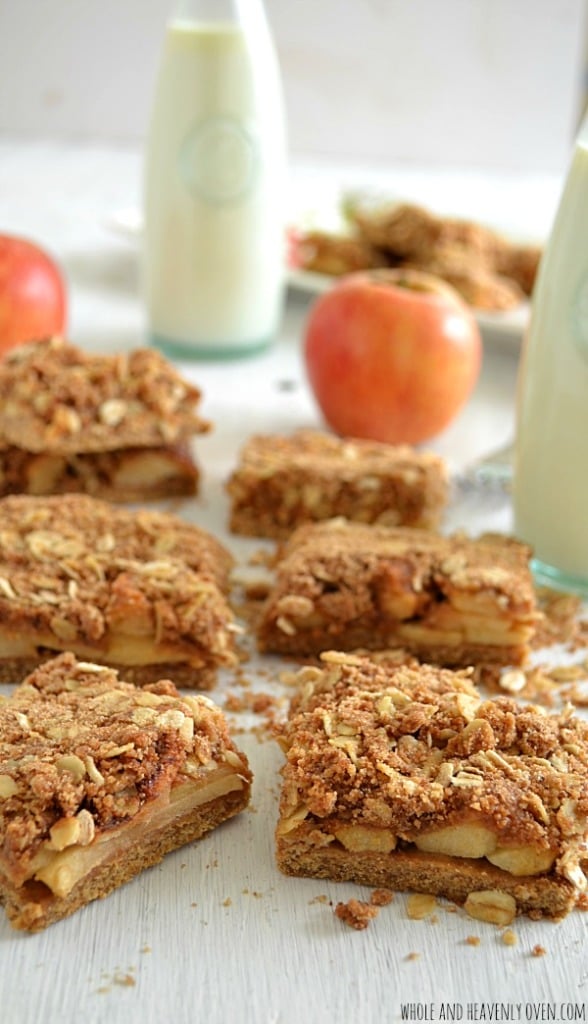 But classic apple crisp isn’t really the best grab-and-go snack/dessert. Unless you’re like me and just dig into it straight from the pan…

Yes, that’s happened and I have no regrets….my skinny jeans do, though.

But I don’t think everyone’s as cray as I am, so apple crisp was just begging to be put in a bar. 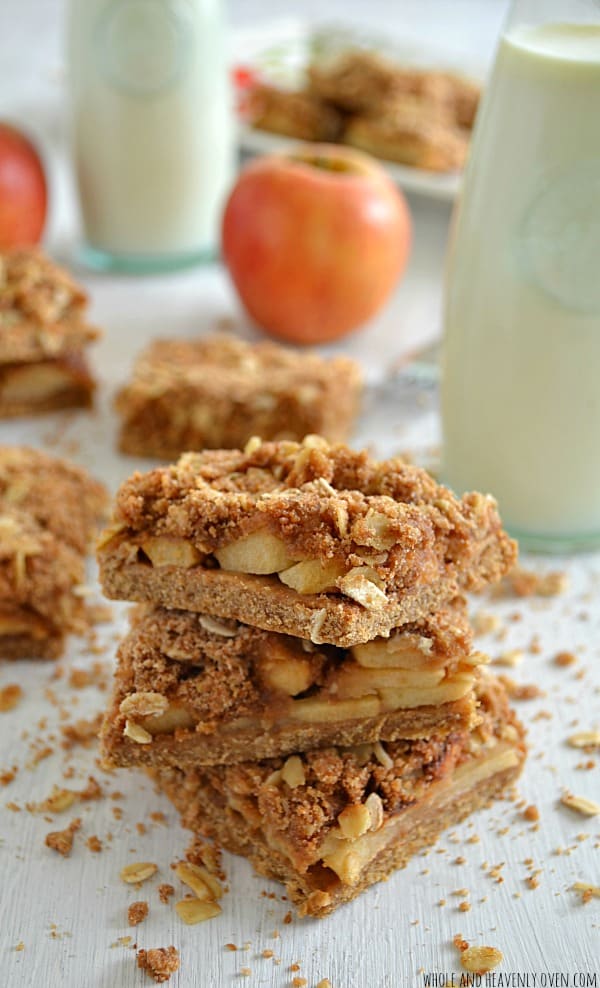 So apple crisp and a bar (the dessert kind) were happily married, they then had lots of babies and named them Apple Crisp Bars. 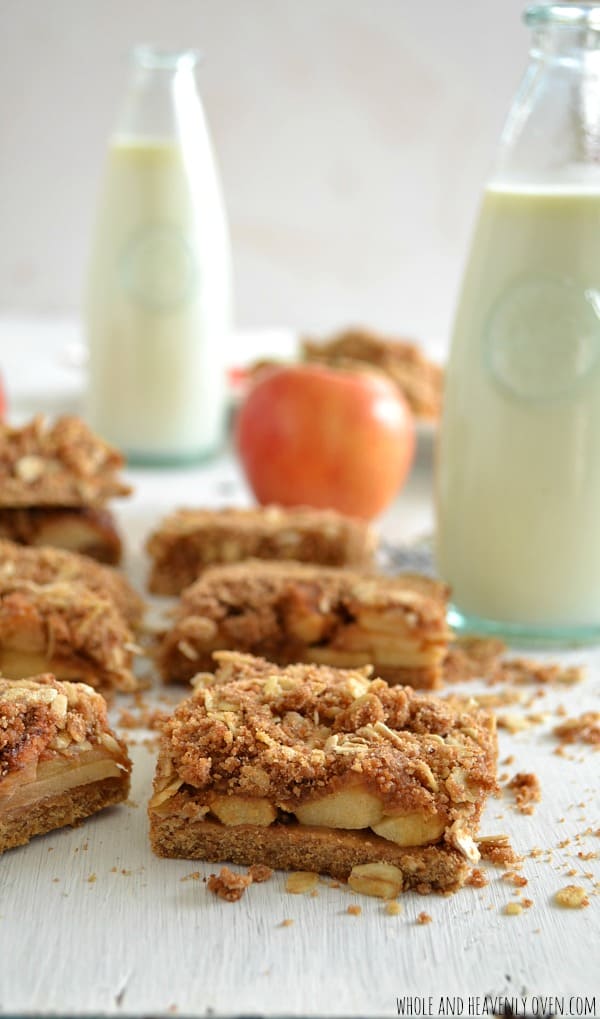 Or attempted to eat the entire panful…

Seriously, I did my best to eat all these bars by myself (I was taking direct orders from my apple-crisp lovin’ tastebuds) but my family stopped me after only two.

I was just like YO! You’re interfering with my taste-testing! Somebody’s gotta do these things around here ‘ya know!

Sigh. They don’t get it. 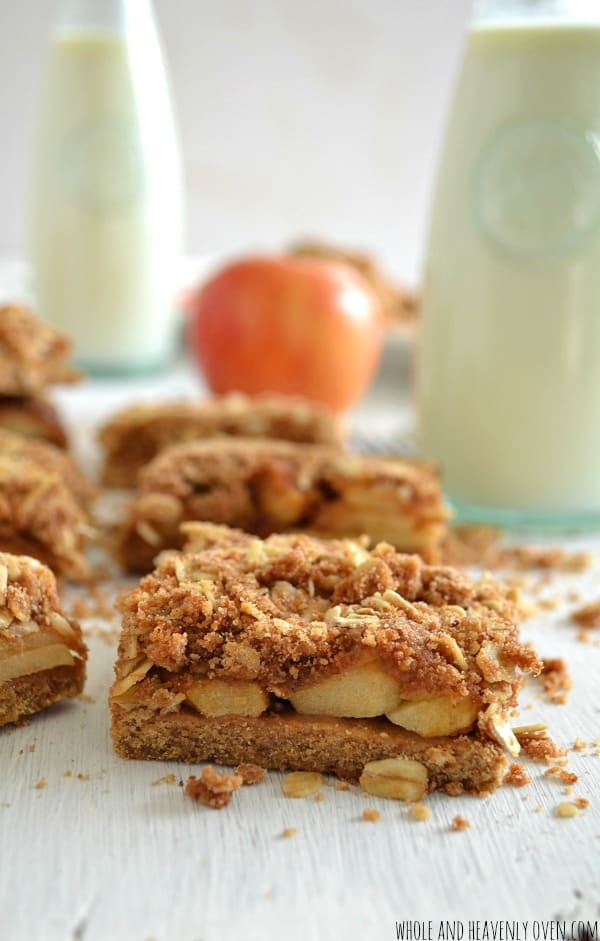 Seriously though, guys. This is just heaven in a bar. The apples are soft and cinnamon-sugary, and they’re piled high with streusel upon streusel.

Am I being annoying? Sorry, I kinda just like saying the word “streusel.” 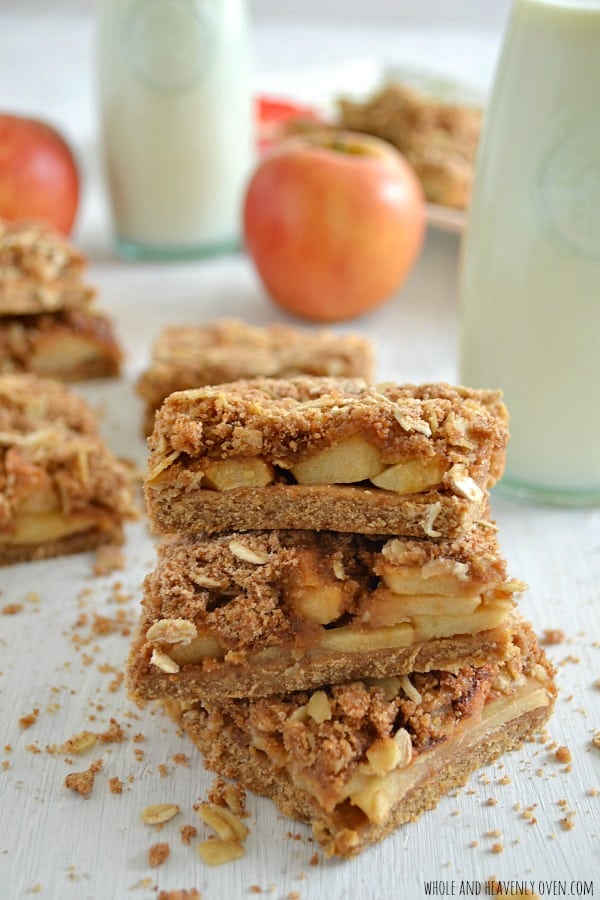 If you wanna get fancy you could even drizzle these bars with some warm caramel sauce.

As a ginormous bonus, these bars could NOT be simpler to make. (and eat!) Whip ’em up in the morning and eat them for breakfast like I did (no shame) or if you have some REAL self-control, save ’em for the kids for an after-school snack or lighter dessert. 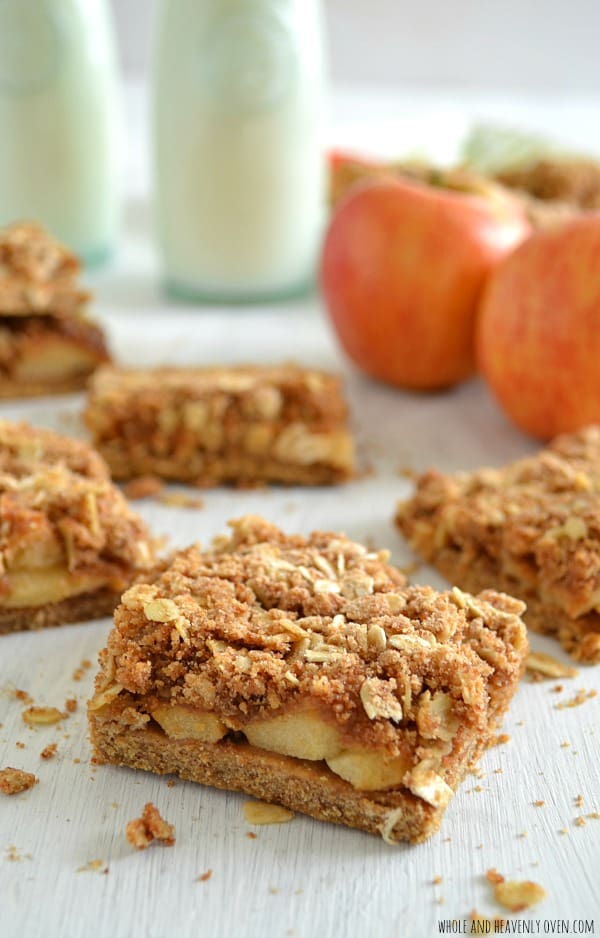 That being said, your weekend needs some Apple Crisp Bars. Save some for me, though m’kay? 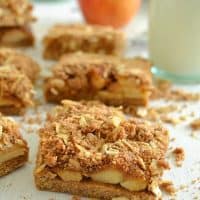 Store bars in an airtight container at room temperature up to 4 days.
Tried this recipe?Leave a comment and rating below. Feel free to share a picture on Instagram and tag @wholeandheavenlyoven or hashtag it #wholeandheavenlyoven